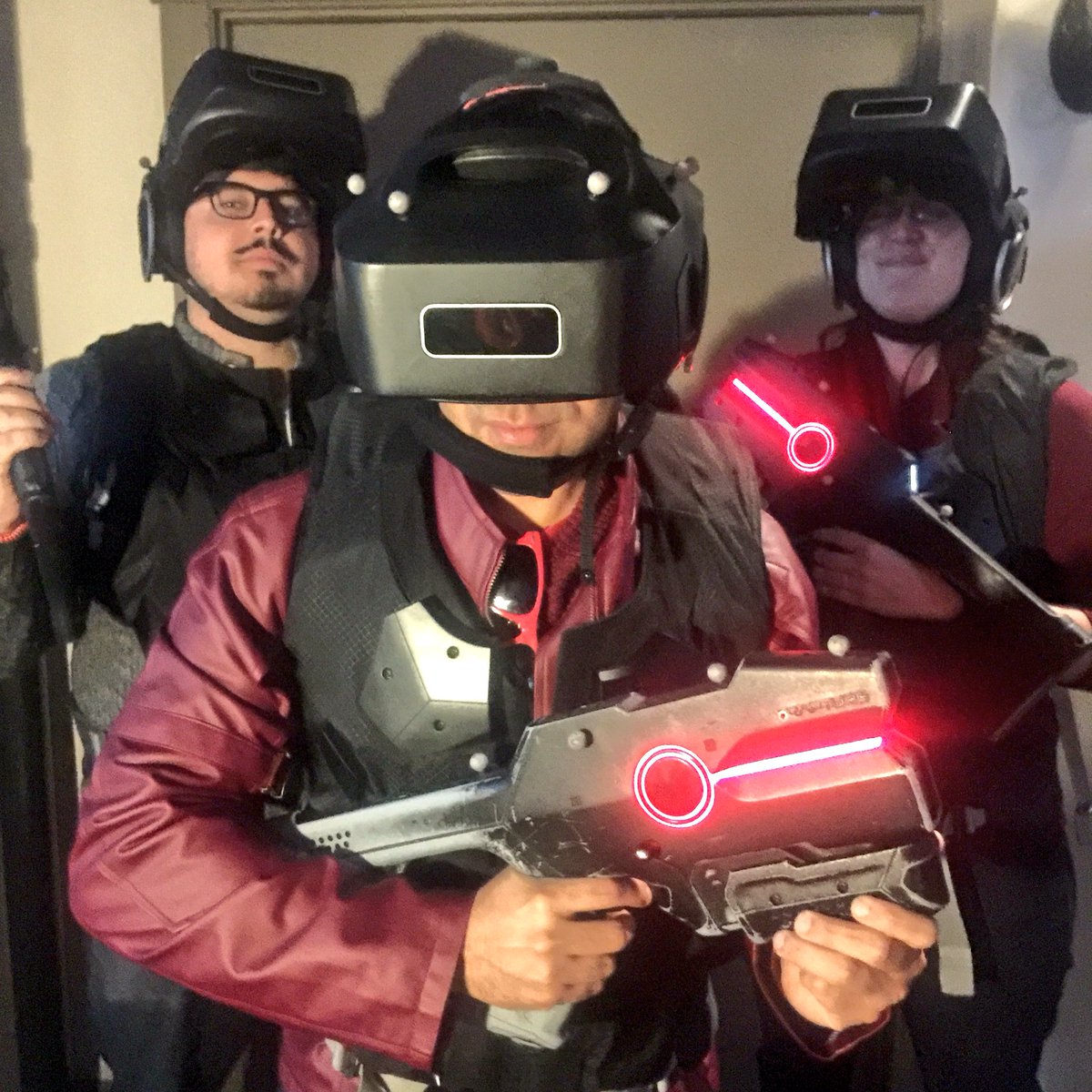 TIMES SQUARE, NY – Ghostbusters VR puts you right in the action. Wearing VR goggles, your proton pack and proton gun, you team up with a small crew to blast dozens of ghosts from the two Ghostbusters films, all at Madame Tussauds Times Square.

Ghostbusters VR is the first public location-based VR created by the Void. Location VR is high-quality VR experiences at venues like malls, theaters, theme parks and other attractions, like Madame Tussauds. Location VR offers higher quality VR than home VR (via Oculus or HTC Vive in your living room) or mobile VR (Google Cardboard, Daydream, or Samsung VR). It’s much like 80s video game arcades were the locations where you had to play video games, before the proliferation home computers and phones.

Room VR are VR experiences where you can walk around a room in real life, and are not just stationary or walking in place. In Ghostbusters VR, you walk through a little maze of several rooms. You start off walking into an apartment to blast some ghosts, then open a door to walk down a hallway, enter an elevator, come out of an elevator, walk on the side of a building, and back into a room. 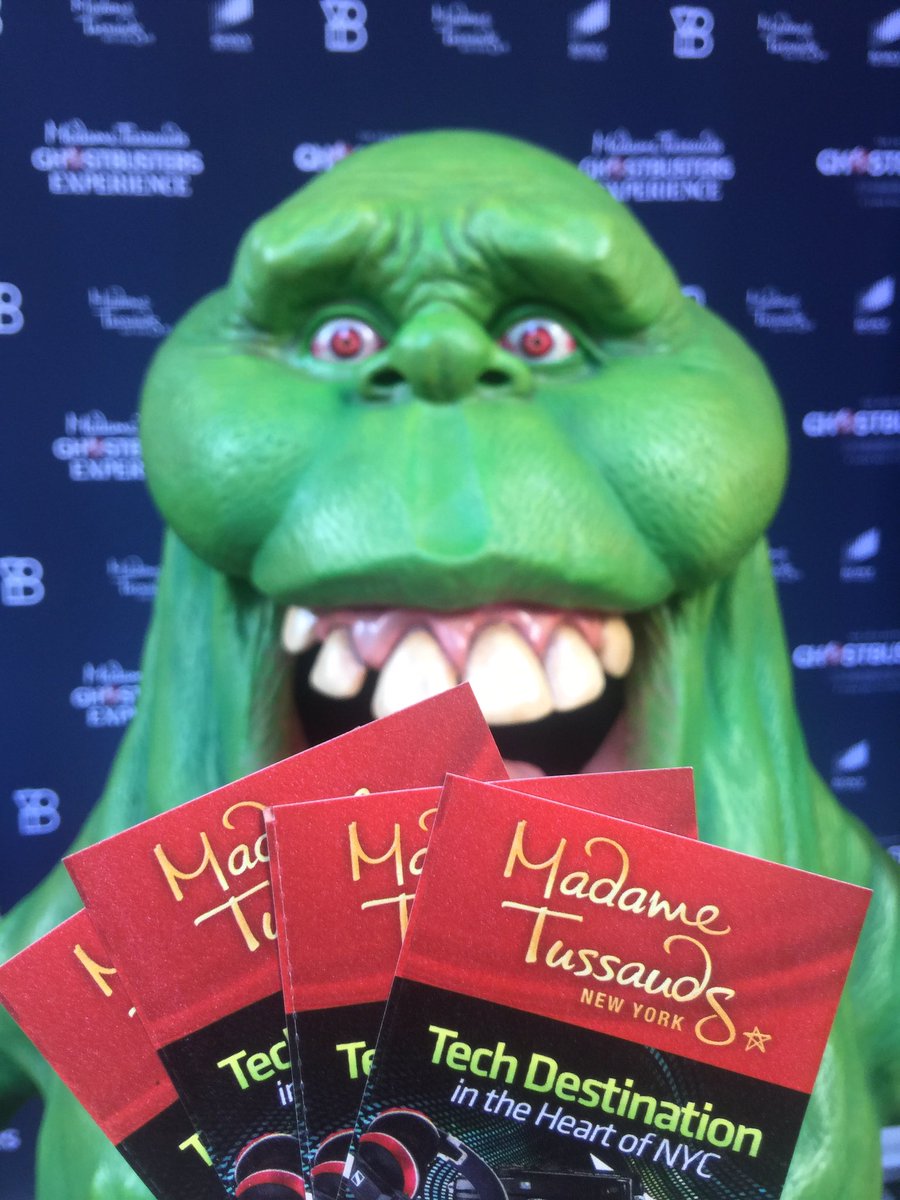 In Active VR, you don’t just put on goggles and observe scenery around you. You can walk around, shoot things, and more. In Ghostbusters VR, you walk around the rooms, and blast dozens of ghosts.

In Social VR, you can communicate with other players in the game with you. In Ghostbusters VR, you walk through the mazes with two to three other people there with you in real life. You can talk to each other via communication links in the VR goggle headsets to formulate strategy, which usually consists of “BLAST THEM!!!! OVER HERE!” Social VR experience with friends who are there with you physically or anywhere in the world will increase popularity of VR, much as social media suddenly expanded use of the Internet. 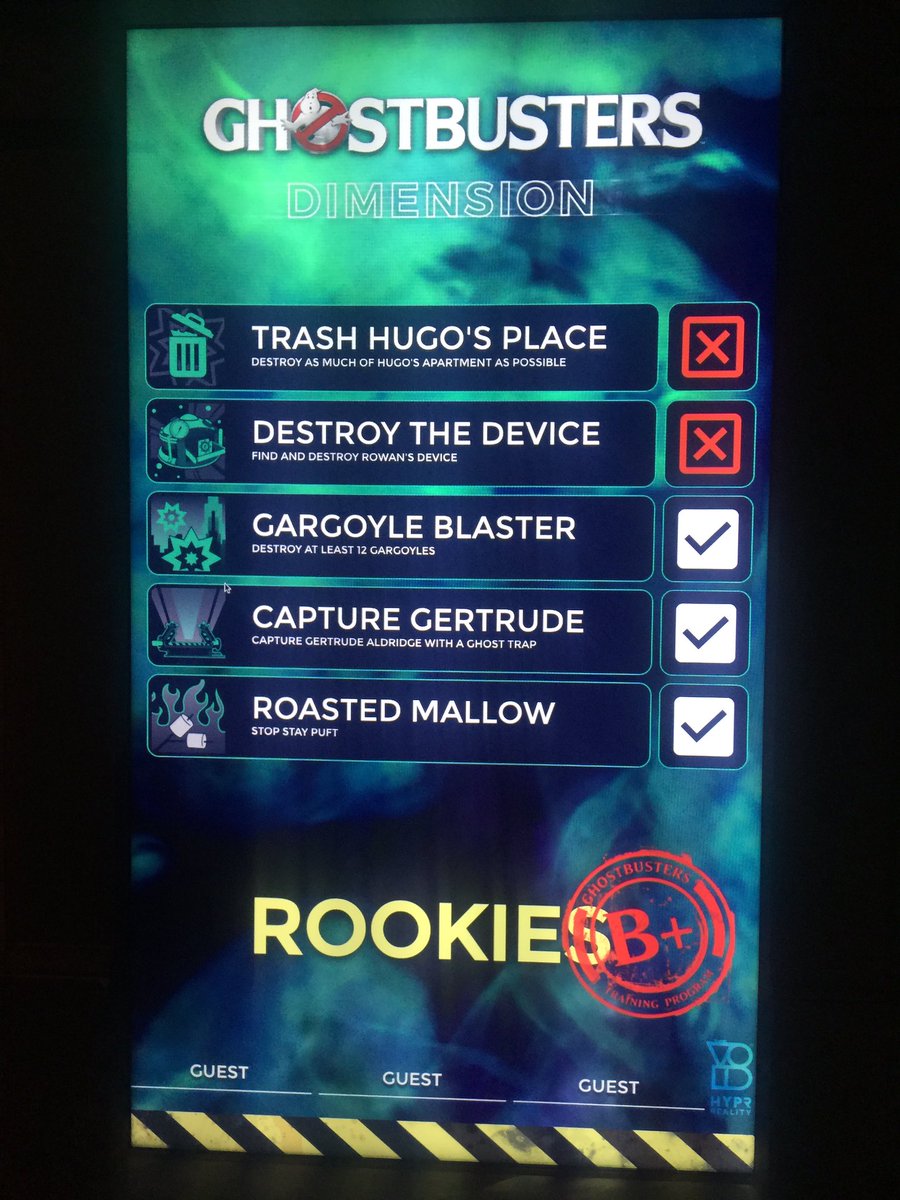 At the end of the Ghostbusters VR experience, there’s a scoreboard that ranks your crew based on the number of missions accomplished in the experience. While there aren’t points listed per each person, that’s easily next.

Ghostbusters Dimension is the name of the 10-15 minute VR experience at Madame Tussauds Times Square. There is also a Ghostbusters Experience themed area with wax figures from the Ghostbusters female-led sequel.

Subtle special effects, like a fan to add wind, help amplify your VR experience. In Ghostbusters VR, when you are standing outside on a balcony overlooking New York City, there’s a fan in real life that adds to the effect of feeling like you are standing on a skyscraper balcony. Also, when you fry the Stay Puff Marshmallow Man at the end, swear there’s the smell of burnt marshmallows. Either that or the VR simulation was so good, it makes you imagine you smell burnt marshmallows.