DOWNTOWN LA – “You never need to make Baby Groot cuter because he’s already so cute” was one of the mantras of the VFX teams that worked on Guardians of the Galaxy Vol 2.

The VFX teams from Marvel Studios, Digital Domain, Method Studios, and Trixter shared insider secrets on making the Top 3 movie of the year. They shared stories and behind-the-scenes footage never shown to the public before, at the SIGGRAPH digital animation conference in downtown LA.

VFX teams reviewed the Guardians 2 script to determine how many VFX shots are needed. They counted more than 2000 VFX shots. Half are Rocket and Baby Groot. While generally you want one studio to handle all the animation for a character so it looks consistent, there were too many shots of Rocket and Groot for any one studio to handle in time to meet the production deadline.

So Marvel Studios worked with multiple VFX companies to share assets and meet the deadline.

“If you don’t play nice in the sandbox, you don’t play the game,” said Marvel Studios VP of Production Victoria Alonso. She said studio should not think of it’s asset or work as “MINE MINE MINE.” She said: “It’s not yours. It’s ours.” Cross-studio collaboration is key. 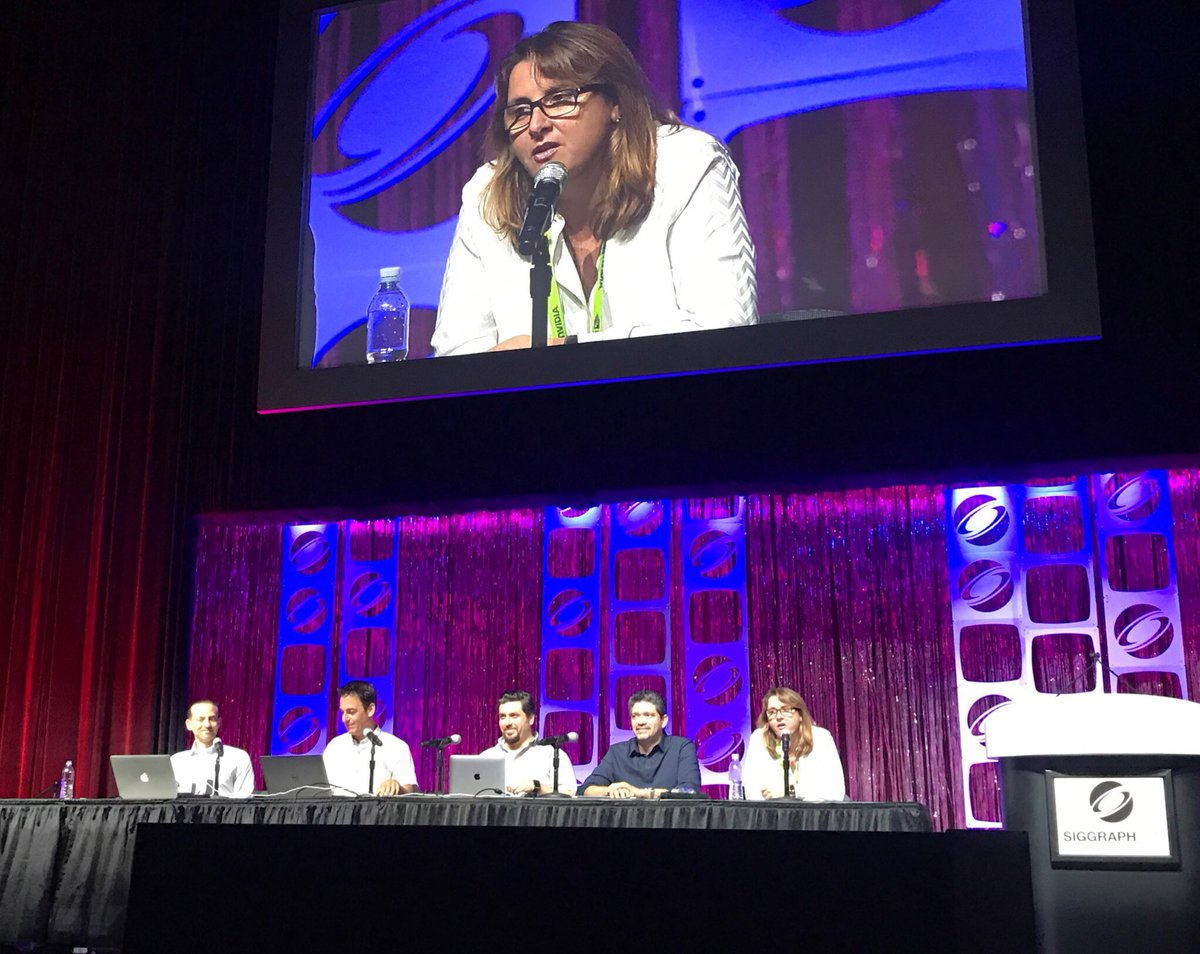 James Gunn and Marvel Studios worked with Framestore to animate Rocket in the first Guardians.

In the second Guardians, Framestore couldn’t to it all. So Framestore created a Rocket “Bible” with detailed explanation of how they did his fur, expression, movement, body, etc. and shared it with other VFX houses like Method Studios and Weta Digital.

“Framestore and the way they bundled this asset (Rocket) is one of the best I’ve seen,” said Nordin Rahhali VFX Supervisor of Method Studios.

This Rocket Bible helped the studios ramp up on creating a consistent Rocket. While different VFX companies have different ways they animate fur, movement, and body, the end character looks the same.

With Rocket’s basic movements and expressions already established in the first film, the VFX teams worked to increase his expressions, and fur in the second film. You’ll notice Rocket has more expressive eyes and eyebrows, more articulate mouth expressions, and more detailed fur and whiskers. Plus, he has more of a swagger in his walk.

With the first movie, VFX teams were figuring out and defining who Rocket was. Now we know who he is, so we can make him that much more, teams said. 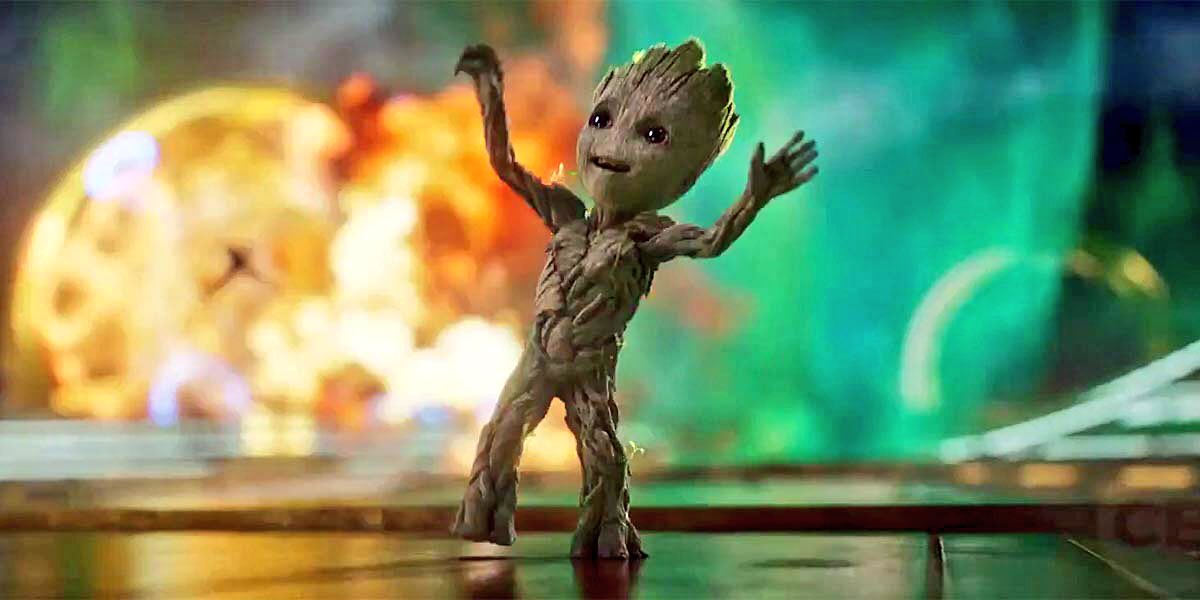 Baby Groot’s character design is already so cute, animators focused on getting the animation right.

His facial expressions and basic movements were not too stretchy because he is a wood-based character.

For Baby Groot’s movement, VFX teams tested mocap of small kids, but it was too human; not alien enough. So animators used keyframe digital animation. For his opening title dance sequence, they mocapped James Gunn dancing in part of the studios cafeteria, and Framestore mapped these to Baby Groot. James Gunn tweeted a side-by-side video of his dancing with Baby Groot which fans love to watch over and over again.

More footage of my dancing as #BabyGroot. Full explanation on my Instagram. #GuardiansoftheGalaxyVol2 still in theaters! pic.twitter.com/XtTHP2Fcpo

Ego’s planet set design was based on Samuel Michap’s amazing paintings. Method Studios started with these designs, and then looked to nature spirals and shapes to create something that reads as realistic on camera.

The initial designs featured arches on a red rocky landscape, similar to Arches National Park in Utah. But the arches weren’t grand enough, so they were made into ascending spires instead. The red rocky environment seemed more threatening than lush, so that Ego’s “All this could be yours” temptation would likely make Star-Lord say: “Hey, keep it.” So designers added green foliage to the spires and ground, which suddenly makes it read as rich and lush.

The interior of Ego’s planet was created based off fractals and the Mandelbrot set. The initial requirements of an infinite animation, real time rendering and art direct able with a changeable environment. However, it would have taken 2-3 years to build this software from a math or animation rendering approach. So instead, the production teams broke animations into sequences. Every tendril, rock, and object in the Ego planet interior scenes is easily movable. 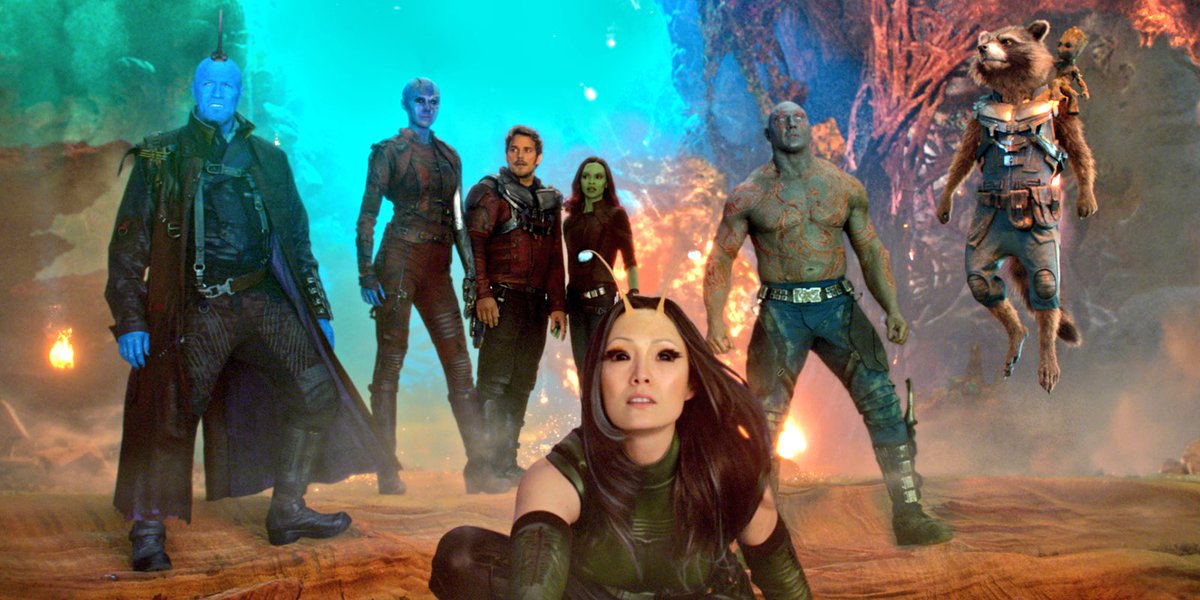 – Be flexible: Don’t be attached to one way of doing something, one look or shot for the film. Be flexible to meet Director’s ideas, timeframes, and feasibility.
– Some of your ideas will get in the film, some don’t. Let it go.
– Ask questions: If you don’t understand how something is supposed to work or look, just ask
– Open communication: Keep open communications amongst your teams internally, and with other companies. For example, the various VFX companies had different views of what the “Red Planet” should look like. Just call or video call to figure it out.

Thanks to speakers and SIGGRAPH for a great panel! 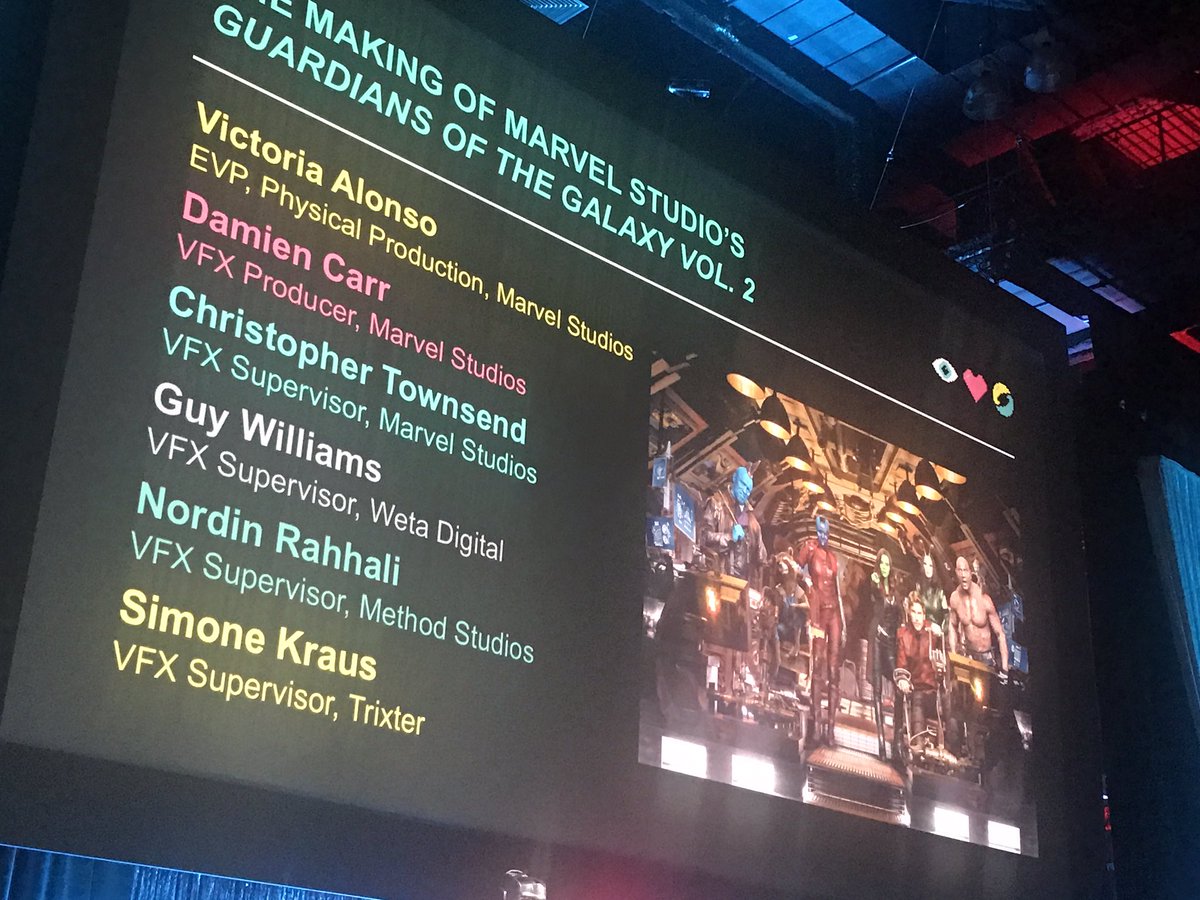