Apple TV+ promotes Ted Lasso among seven of its shows with themed freebies and photo-opps at a pop-up village at the Grove thru May. 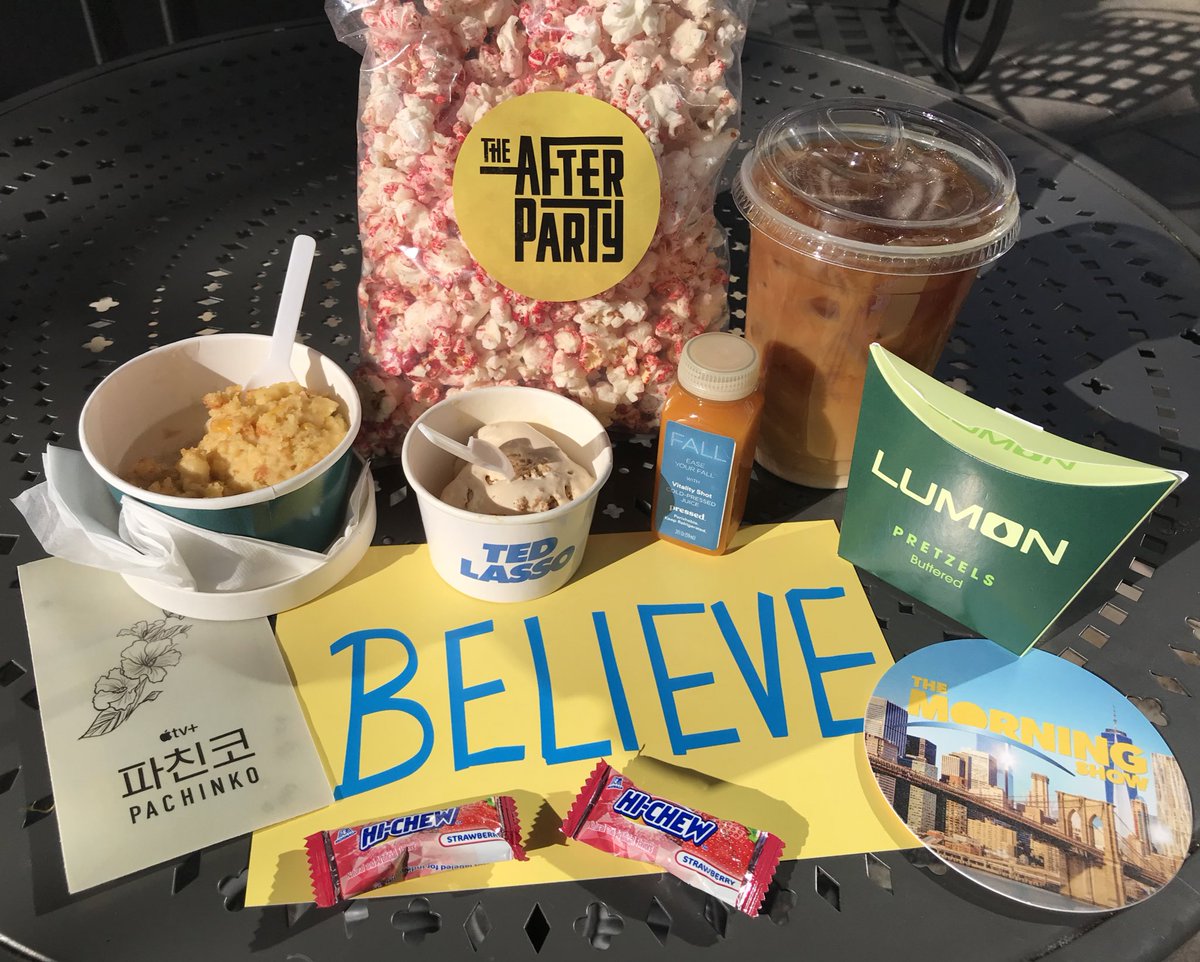 Apple is promoting its shows during FYC season, when Television Academy voters can start viewing shows for voting for the Emmys later this fall. Pre-pandemic, FYC events had typically been for industry only. However now, streamers are creating events open to the public to also promote their shows to mainstream public.

The Apple TV+ activation takes over the Grove lawn with seven booths. There are no lines on weekdays mid-day (when the pic below was taken), and short lines on the weekend. 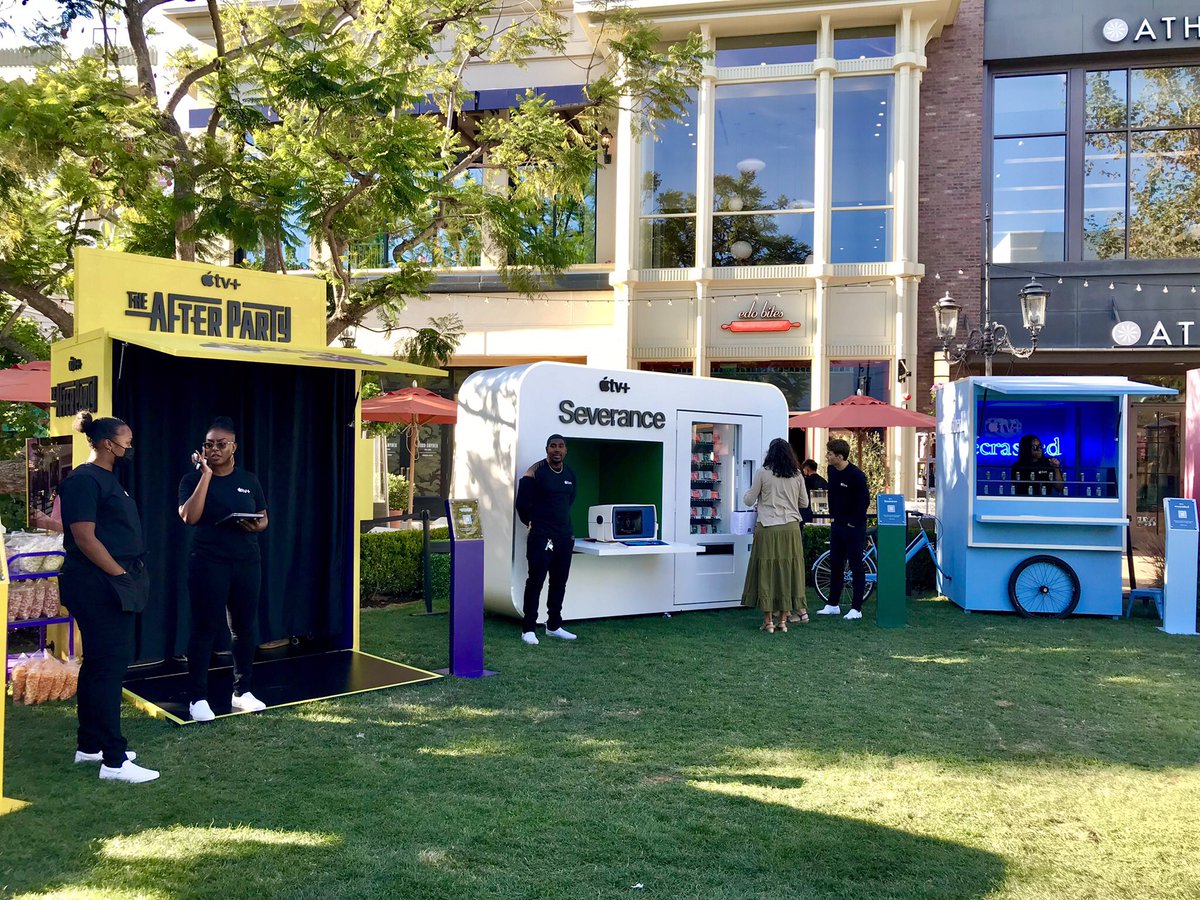 Here’s are the freebies from all the activations: try them all!

Ted Lasso: Ice cream, plus photo opp in a chair. 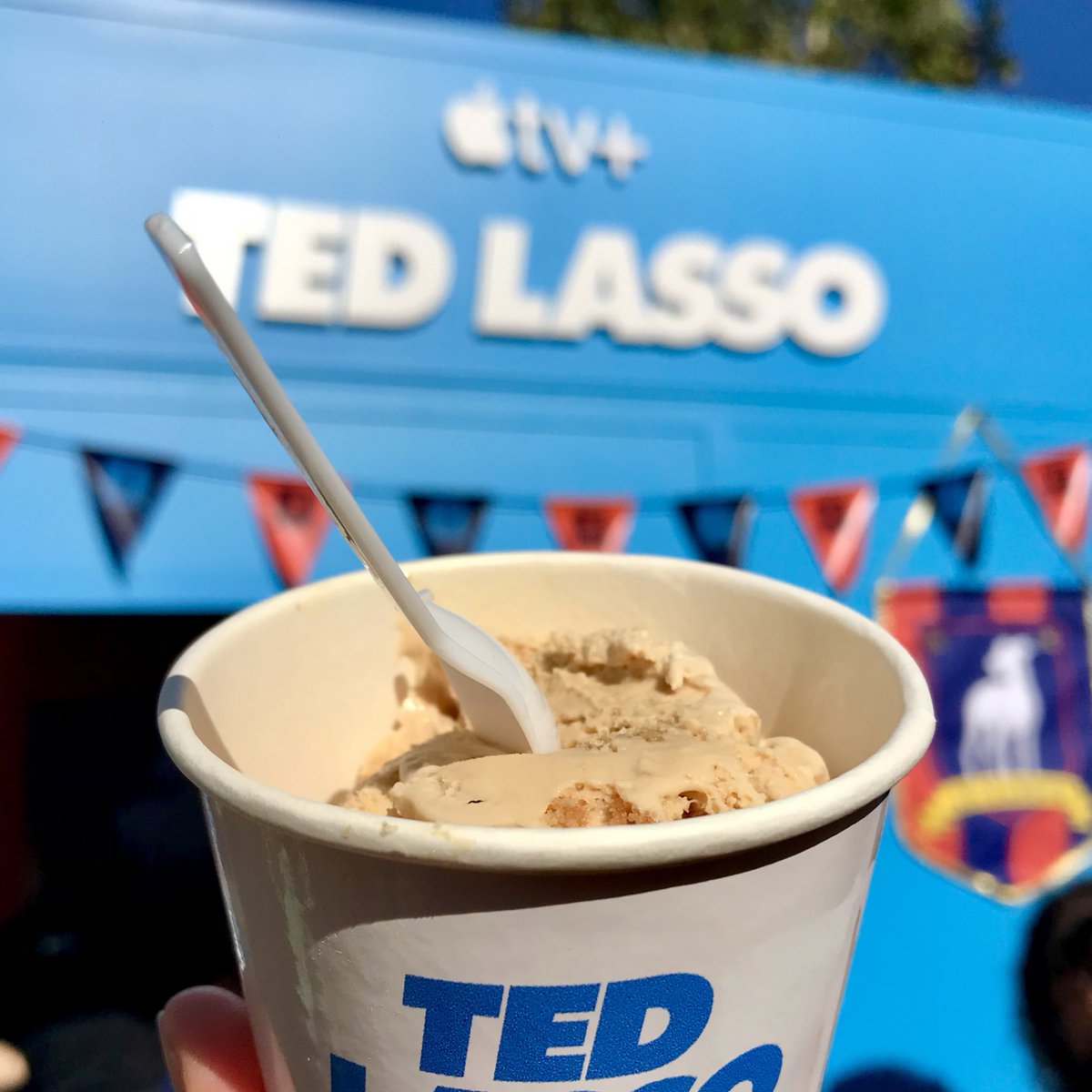 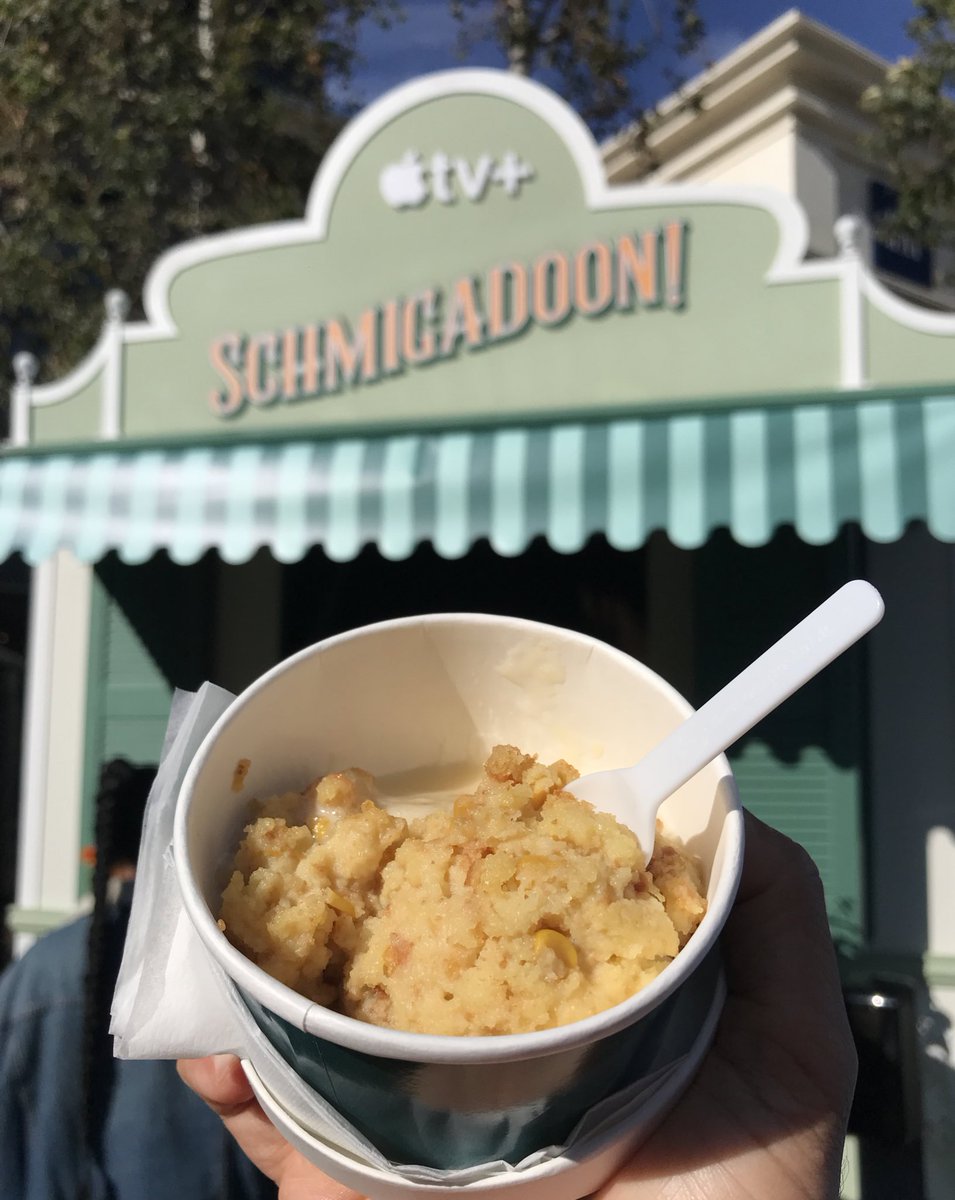 After-Party: Popcorn. Answer a short iPad personality quiz, to get a custom bag of colored popcorn to tie into your personalty  results. Photo opp: Photo Booth with After-Party frame. 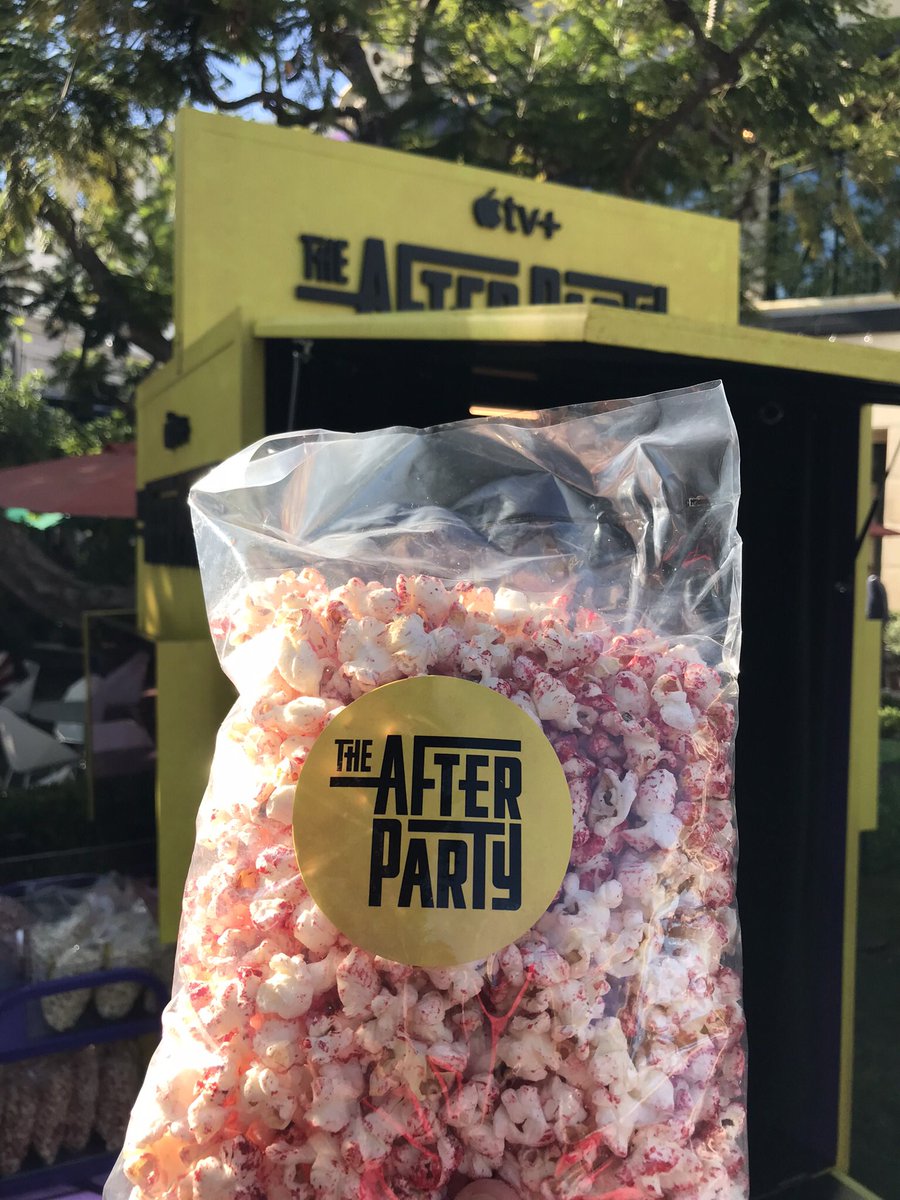 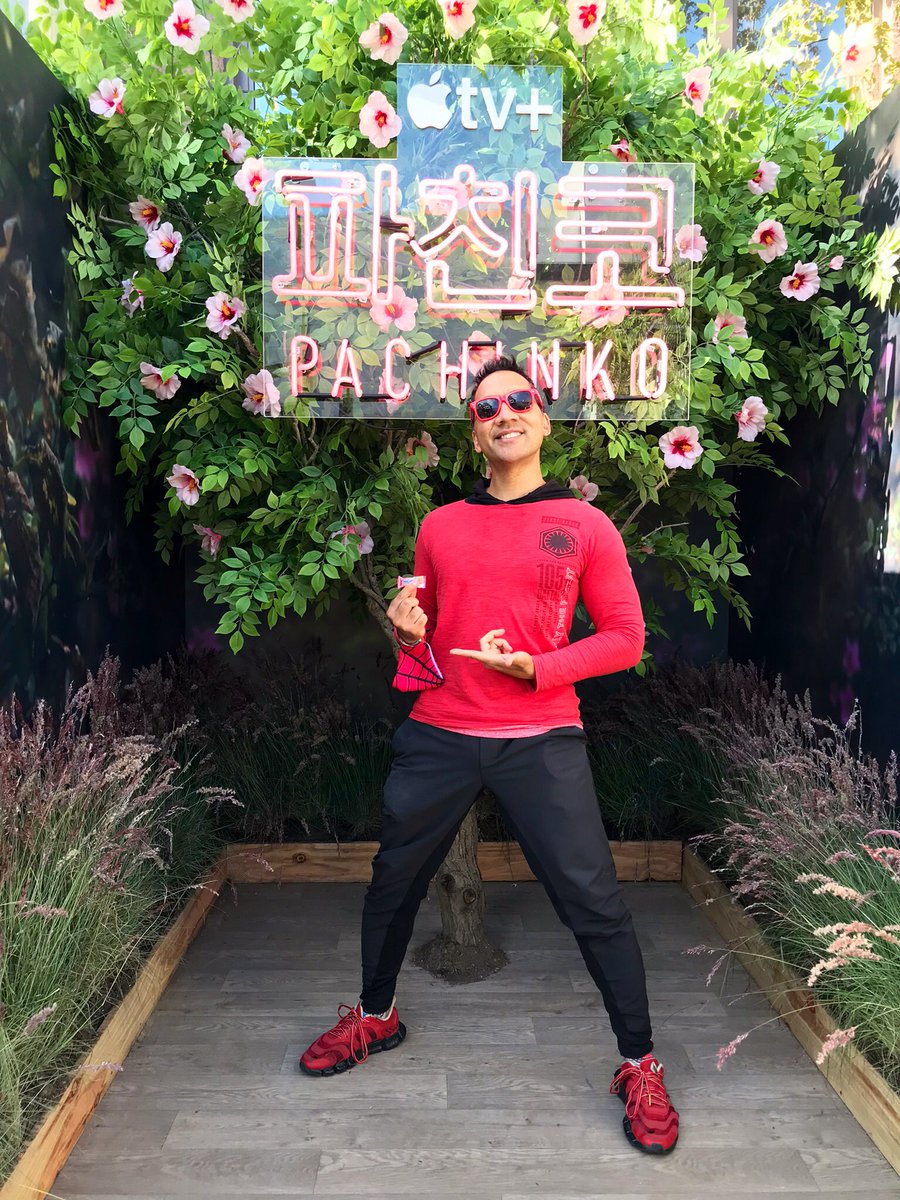 WeCrashed: Juice shot to tie into the series where Jared Leto plays the eccentric founder of WeWork. 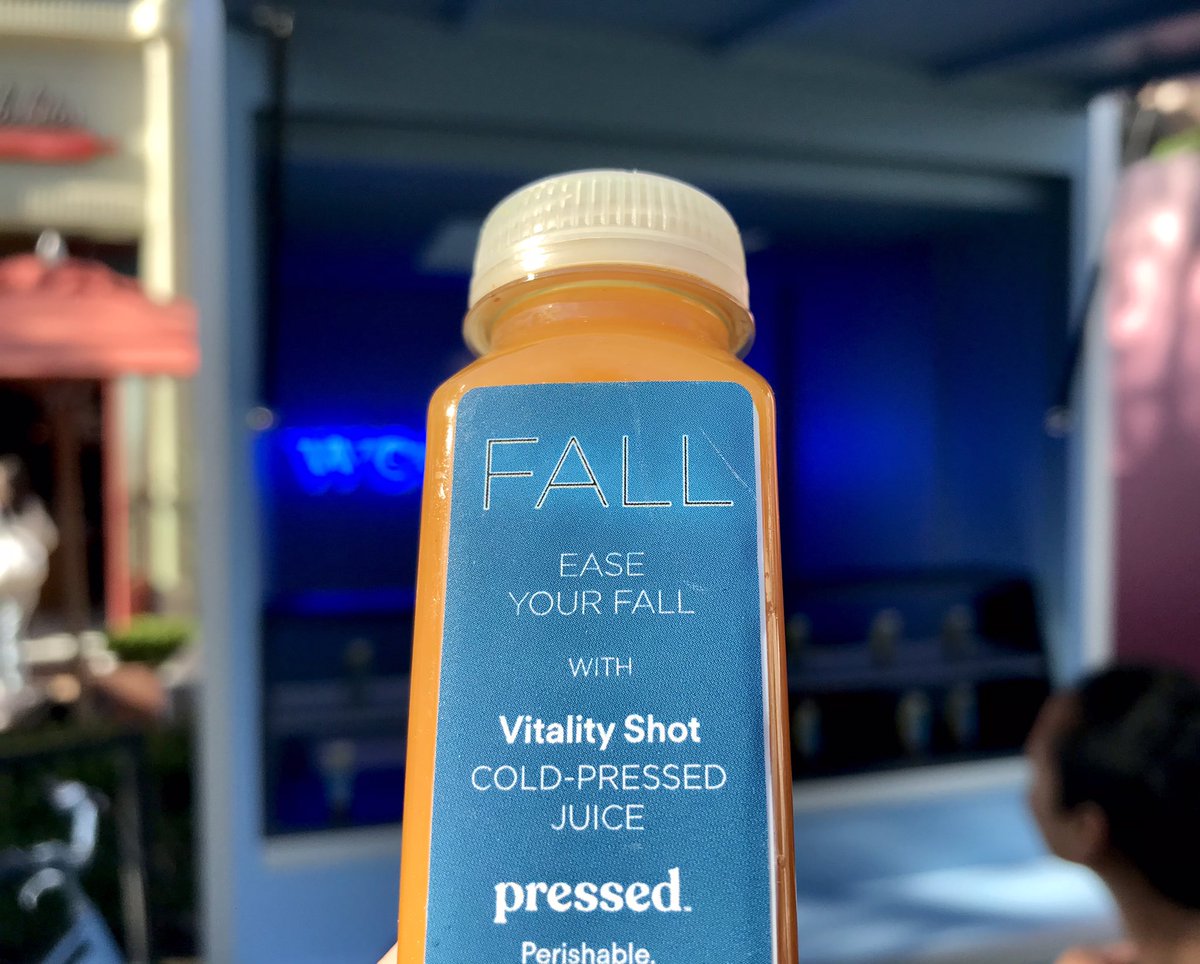 Morning Show TV: Get a newsroom desk photo ops, and get a coaster you can redeem at the Groundwork coffee kiosk nearby for a free hot or iced coffee. It is a full cup of coffee – we drank half before taking the pic below. 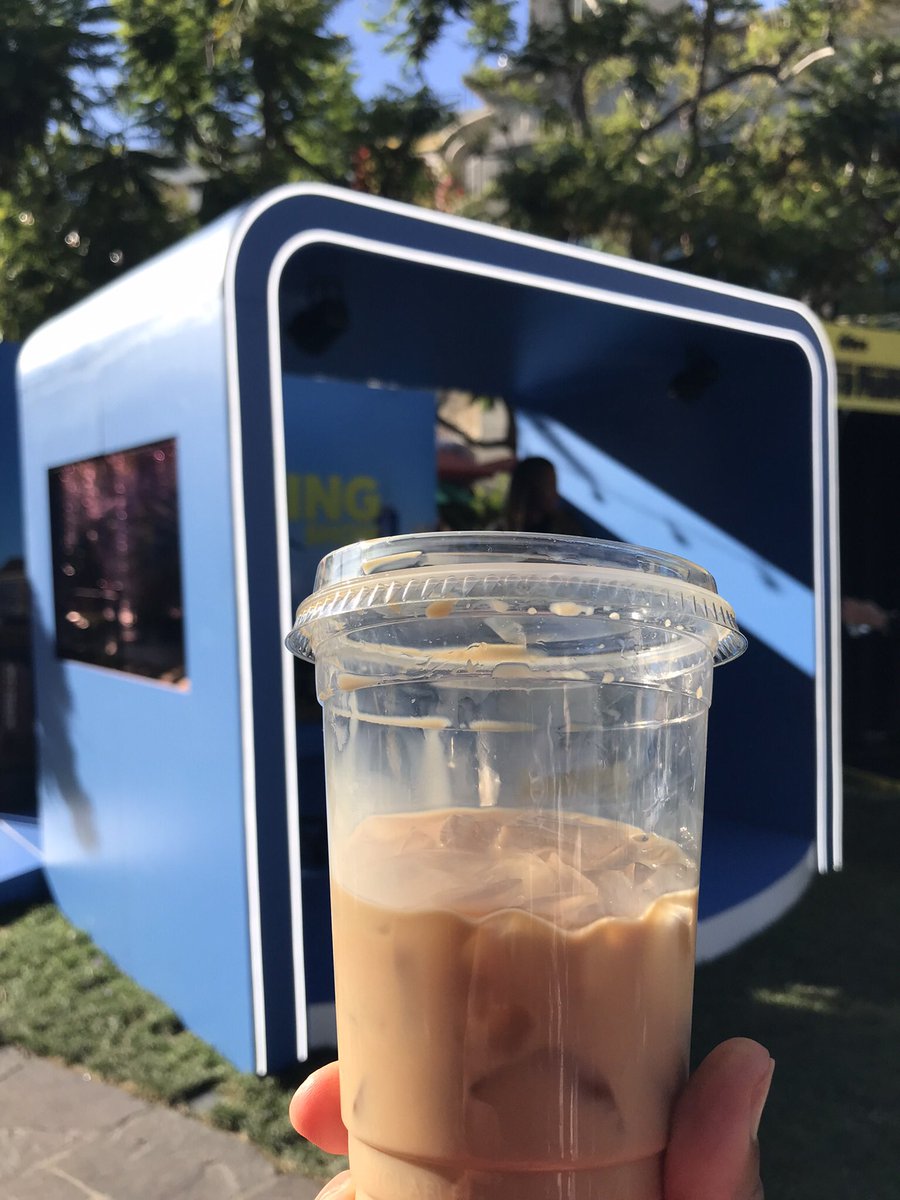 Severance: Pretzels or Raisins, from the Lumon vending machine, based on the company in the show about office life. 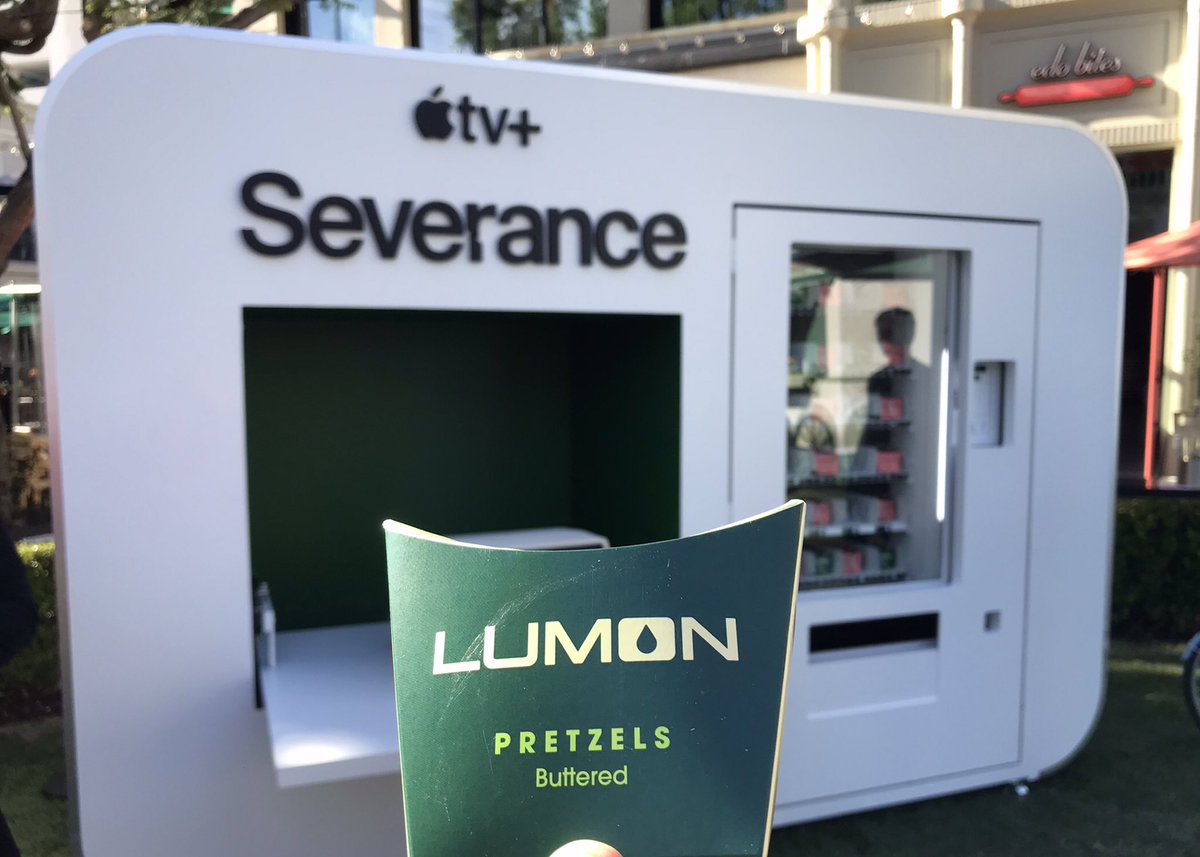 While you’re at the Grove, you can also stop by the House of Peacock pop-up nearby, also running thru May.