Share it! circlefacebook circletwitterbird
Avatar re-releases in theaters this Friday Sep 23. Director James Cameron and Disney Studios – which now owns Avatar – wants to make sure audiences get a chance to see the original in 3D as intended, to get ready for Avatar 2 releasing December 16, 2022. 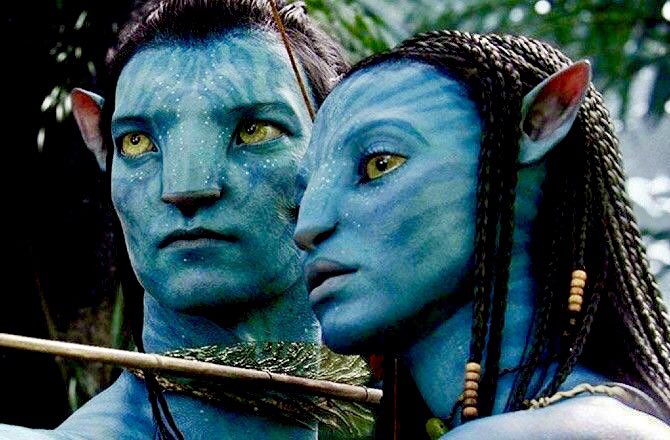 While younger audiences who never saw Avatar when it came out in 2009 can easily watch Avatar on Disney+, Cameron has said watching it in 3D is an entirely new experience – the way it must be seen to properly see it.
Thirteen years later, how does the original Avatar hold up, by today’s 3D, VR, representation and other lenses?
We attended an advanced screening in RealD 3D at the Regal LA Live in downtown LA to find out. Some things definitely hit different today!
3D: Avatar’s 3D is still amazing, detailed and immersive seen on a big screen theatre. The large RealD 3D screen is bright, and sound system really thrusts you in the world of Avatar, like it did in 2009. But now that 3D is commonplace in movies and home VR, it’s not as OMG must-tell-friends as when Avatar came out. So yes, 3D definitely holds up to today’s standards.
VR High. After an avatar session, Jake reluctantly takes off his gear, saying the Avatar world has become more exciting than his real world. VR users often had the exact same thought after a fun VR session. After I’ve been teleporting and using my hands to zap lasers in a fantastic universe a while, when you take off your VR goggles and are suddenly back in your room, real life can seem so meh!
Movie and the Avatar Ride. Having just done the Avatar: Flight of Passage ride three times in Animal Kingdom in Walt Disney World a few weeks ago, there was a level of familiarly with the movie’s floating mountains, Ikarns, and psychic bond light tunnel. I felt: I was just there! Instead of ‘oooh, ahhh’, it’s ‘oh yeah!’ familiarity. That was nice. 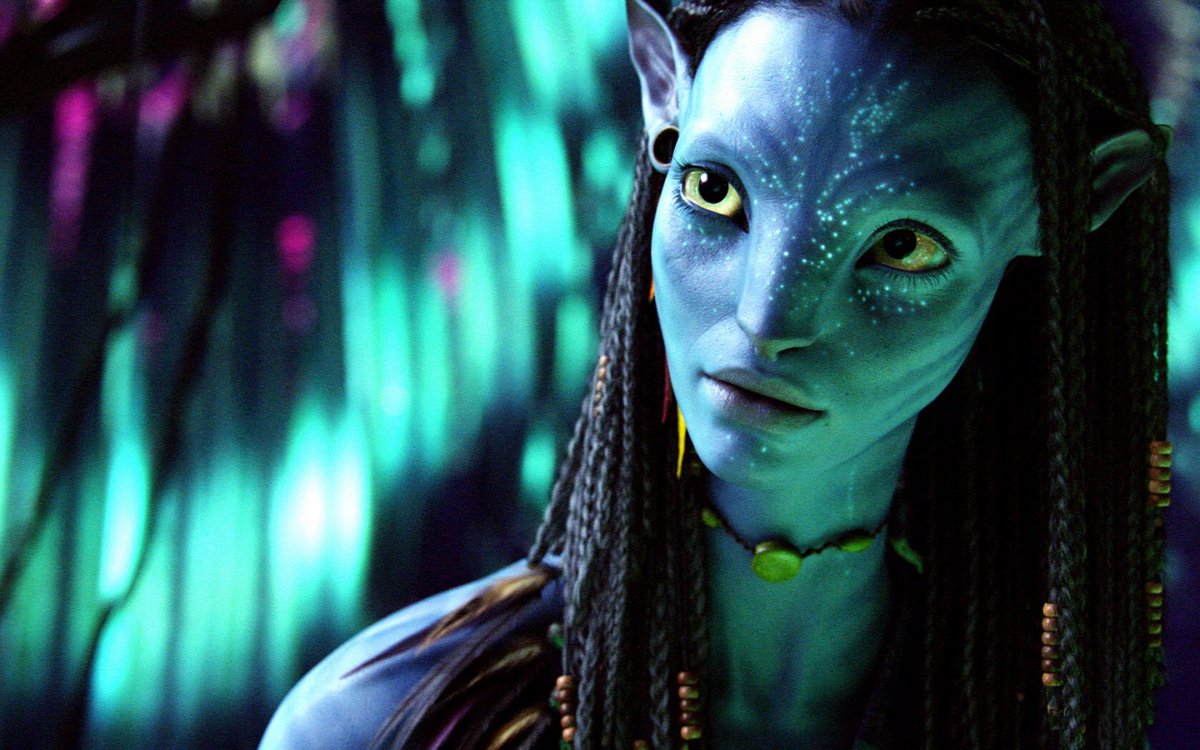 Representation needs improvement by today’s standards. The main cast is mostly straight and white. Zoe Saldana who voices Neytiri is Latin-Black American, but voices Na’vi the entire time. The only major human-appearing person of color is Michelle Rodriguez who (spoiler!) dies. Lead Jake Sully does have a disability (wheelchair) so that is positive representation. If this movie were cast today, an easy representation improvement would be to cast his buddy Norm with a Black or Asian actor, to start.
Story Critiques:
– Why did the planet deity Eywa pick Jake Sully in the first place with the floating dandelion creatures? Doing so let Jake infiltrate the Na’vi tribe, and led to RDA destroying the big tree and forests. Oops Eywa messed up.
– Even with Eywa’s blessing, why did Natiri’s Mom suddenly want to teach him everything about their tribes and customs? Oops she messed up too!
– Story suffers from White Savior saves Poor Natives syndrome. After Jake deceptively infiltrates the Na’vi, he is only one to save the day by rallying other Na’vi tribes to retaliate. Like they had no plan without him?
– Neytiri refreshingly saves the day, using her bow to shoot the bad guy with two arrows to the chest, killing him. She then saves Jake’s body from suffocating. She’s the real hero of this story, despite Jake’s grandstanding.
– Jake, who’s in a wheelchair, is motivated to join the Avatar program by the reward of “getting legs.” But In a sci-fi world where humans walk around in mech suits, couldn’t he also be a mech-user? Wouldn’t there be the technology for mechanical legs for him?
– Avatar Program. It’s now problematic in scifi and fantasy for people’s bodies to be controlled by someone else via mind control,  telepathy, spells, or other means without their consent and/or against their will. Don’t the Avatar bodies have souls and conscious thoughts? Are they sedated the whole time from their own thoughts? Not cool!
Where to see it in LA: Releases wide at theaters in LA on Friday September 23. Recommended:
– Regal LA Live’s RealD 3D theatre has well-lit 3D and sound; it hosted the press influencer event we attended.
– Chinese Theatres IMAX hosts a Fan Event for Fri Sep 23, 7p screening with collector pin, popcorn tin, soda, and lanyard/credential for $40.
What did you think of Avatar then and now? Any differences?