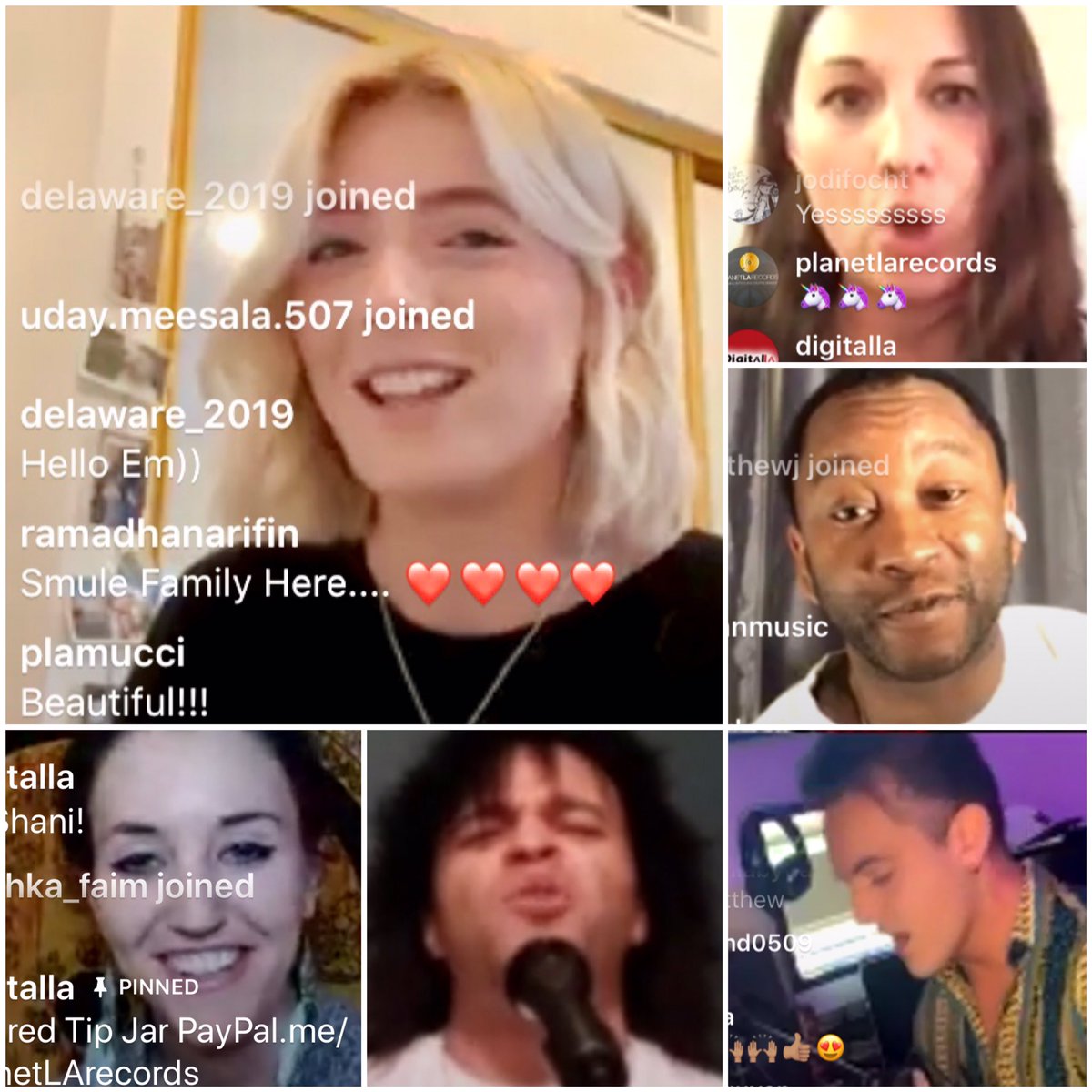 The virtual event encourages artists and viewers to stay at home during quarantine to play and watch the three-hour show via Instagram live @DigitalLA and @PlanetLArecords.

Em Rossi started the show. Her career is a perfect digital music success story. She started her career performing on the Smule music app. In addition to performing her music, she also connected and chatted with her fans, and grew her fanbase. She recently signed with Sony Music out of Germany.

On the livestream, Em described how she started, engages with fans, and wrote songs about her parents meetings. She performed “In the Middle” and other fan favorites.

Her fans cheered her on in the Instagram Live chat, from LA to NY and Indonesia.

Jane and The Jungle: Jane’s passion and energy came through on the livesteam, with lots of emoji applause and rock-out emojis. 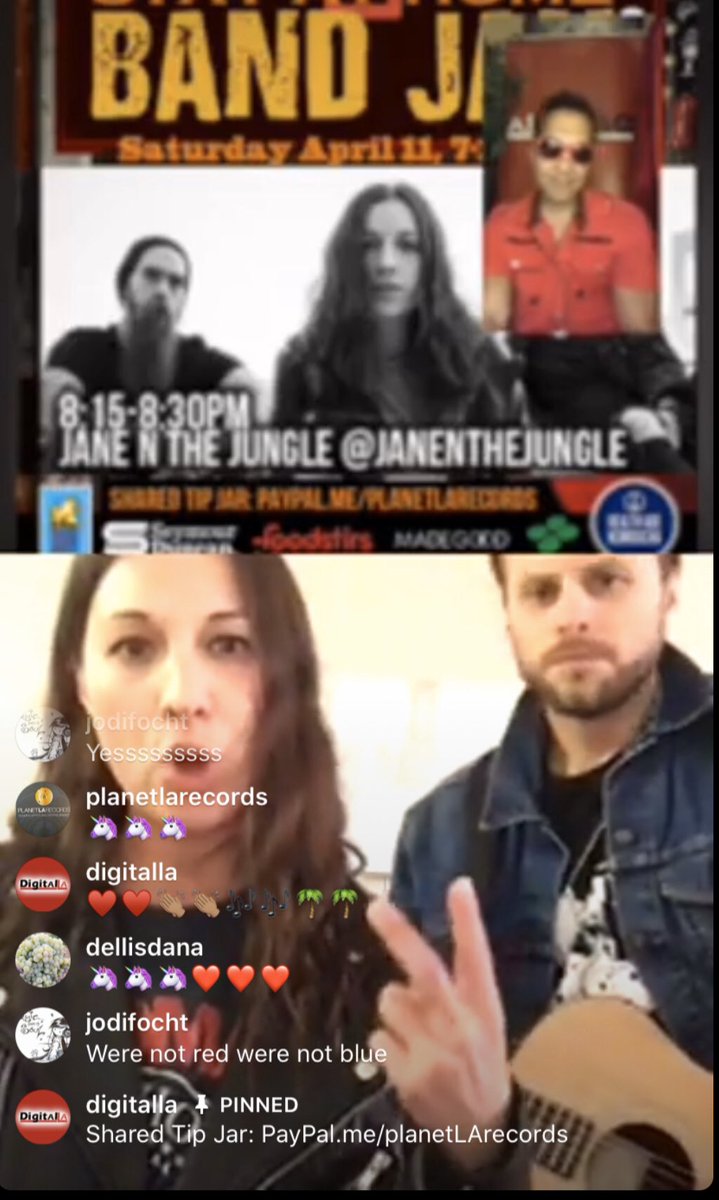 Artists Sami Freeman described how she is adapting to performing in the pandemic.

“Performances these days are strange for artists,” Sami said. “Our audience only exists virtually. On each end of the phone, we strive to feel something bigger, something a little more human. Thank you for showing up and giving us a chance to try.” 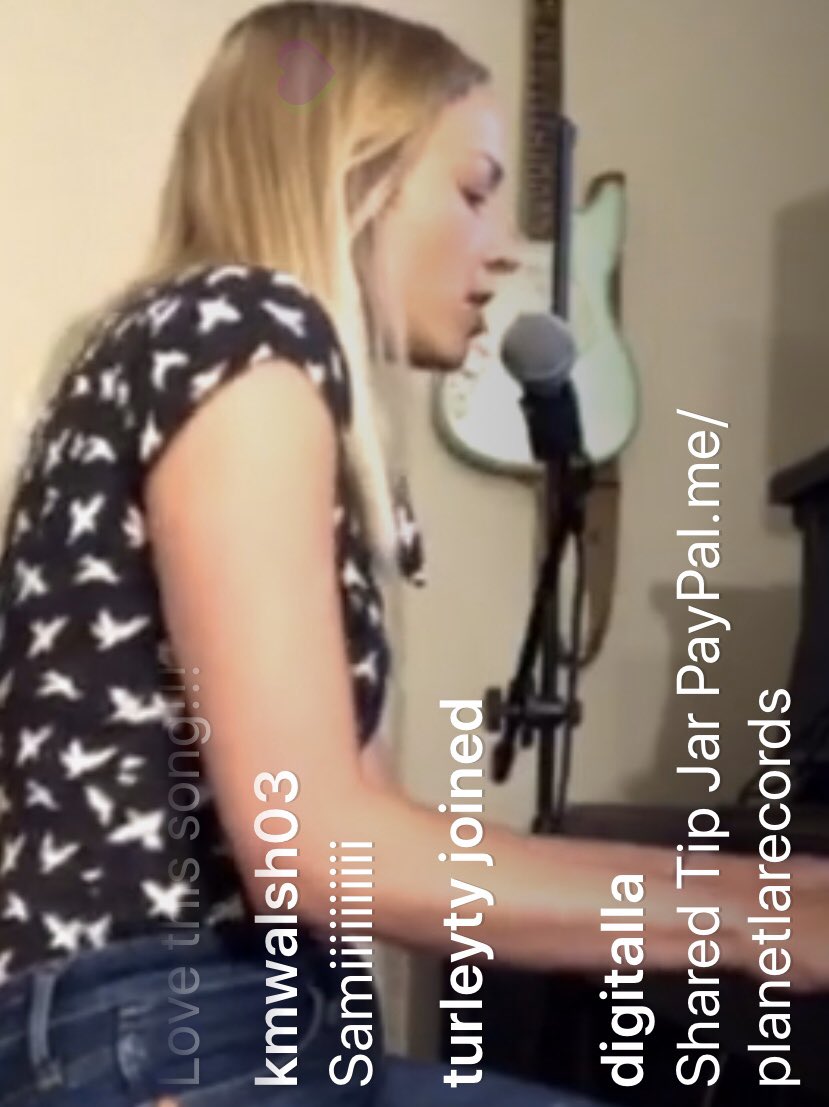 Matthew James played keyboard and sang for his set. 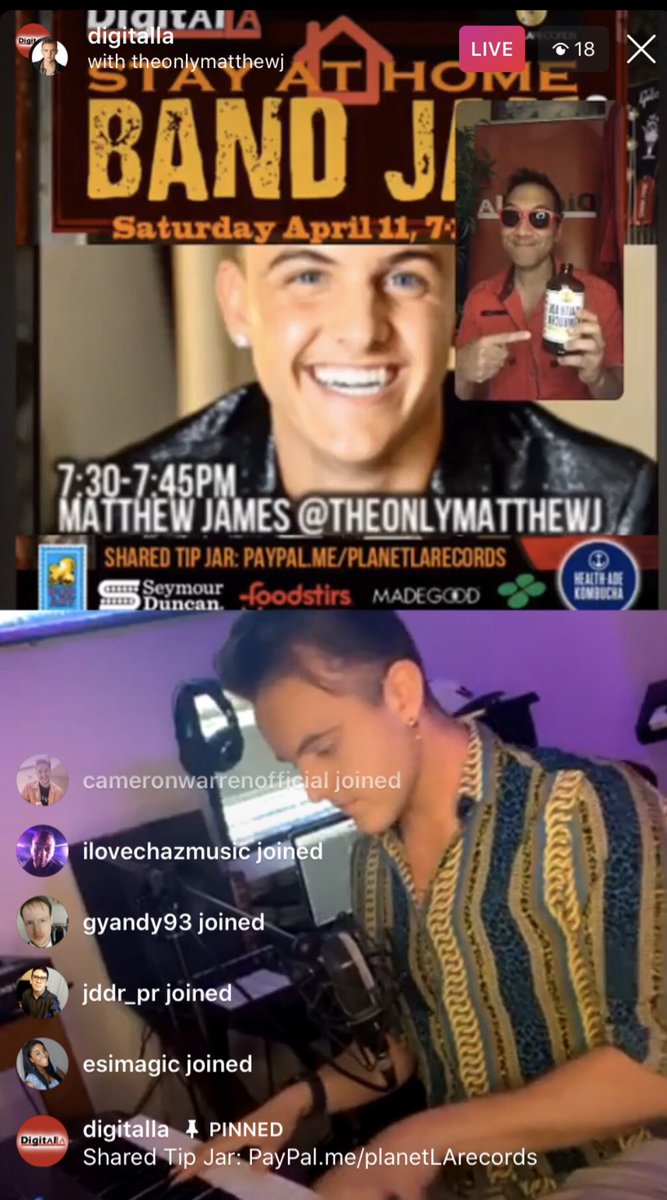 The online event was held on the fourth weekend of the Los Angeles quarantine lockdown.

The artists performed 3-4 songs each in their 15 minute sets with hosts Kevin Winston of Digital LA and Mark Nguyen of Planet LA Records. Hosts used Instagram Live split screen to  host and switch to other artists. 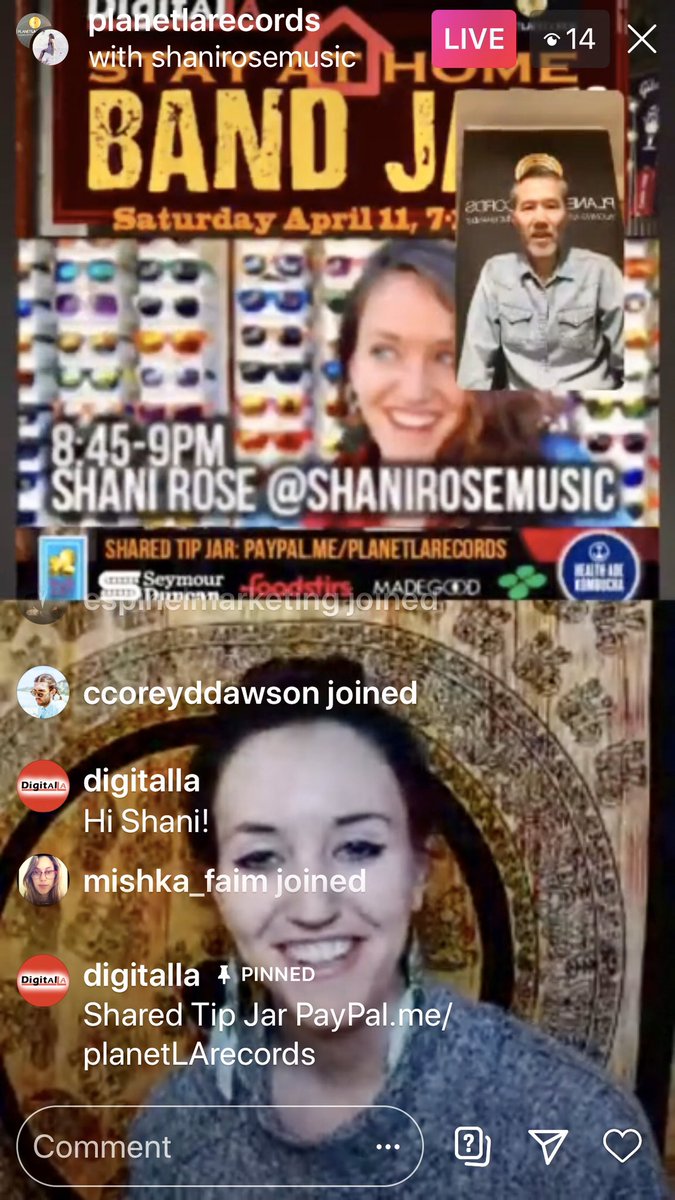 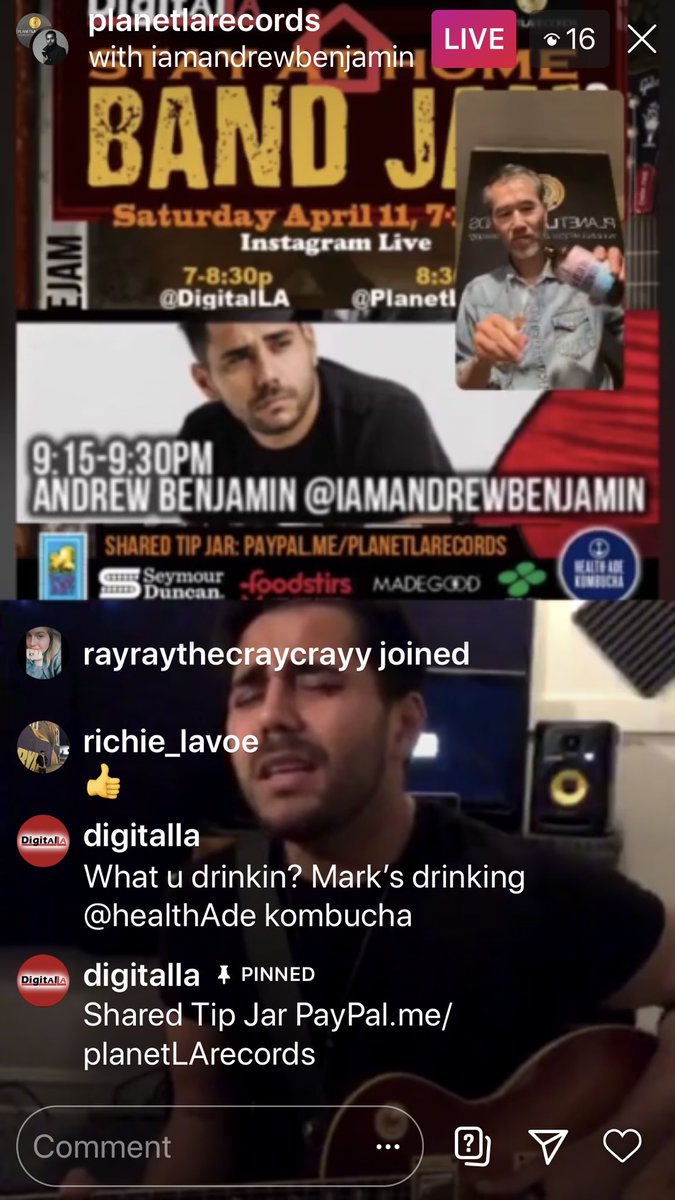 Series: This third Band Jam kicks off a Saturday night series through April. Our next Stay-At-Home Band Jam will be April 18.