She-Hulk, superheroes and amazing friends assembled at our 11th annual Digital LA – Comic Cocktails, held during San Diego Comic-Con. We assembled at the roof of the Altitude Sky Lounge at the Marriott Gaslamp, where the CW held its party the night before. 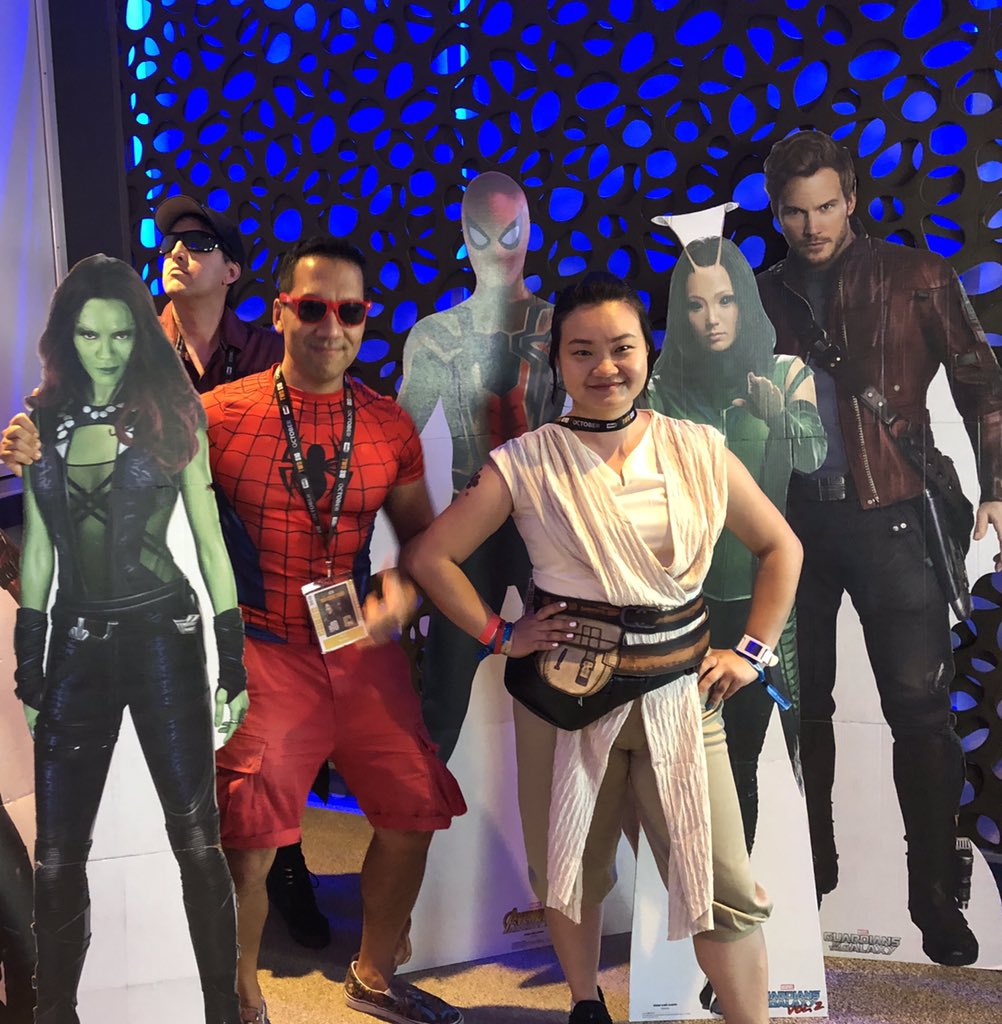 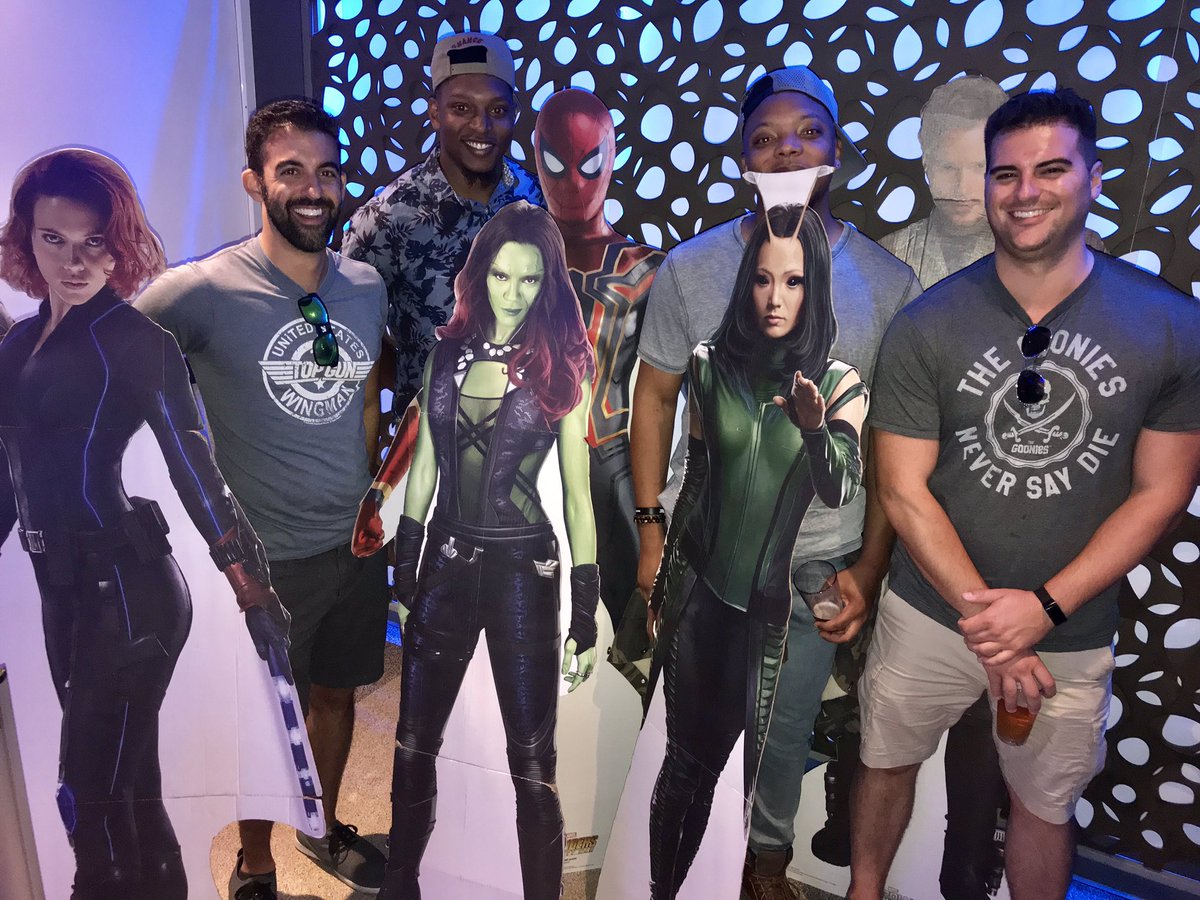 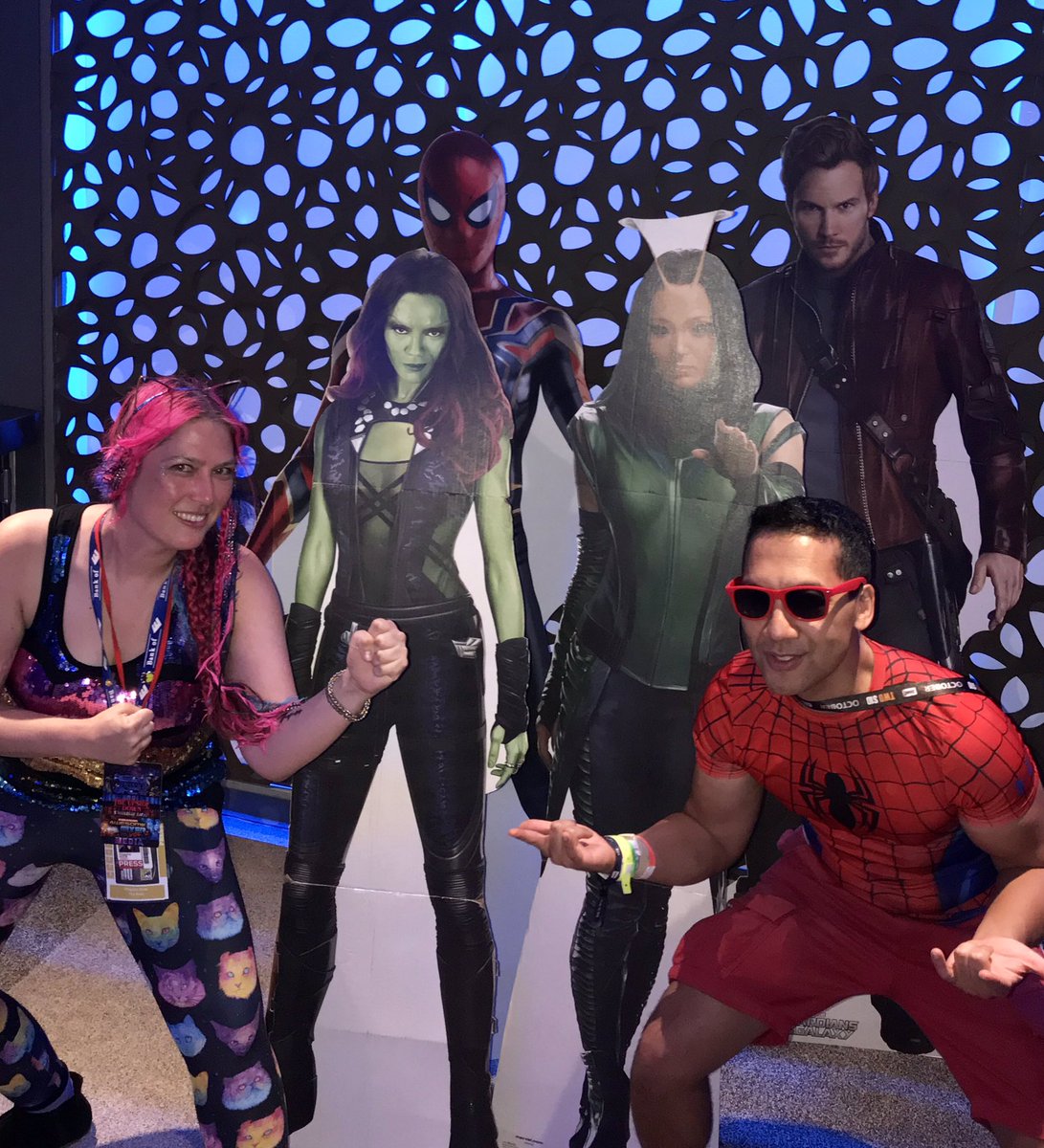 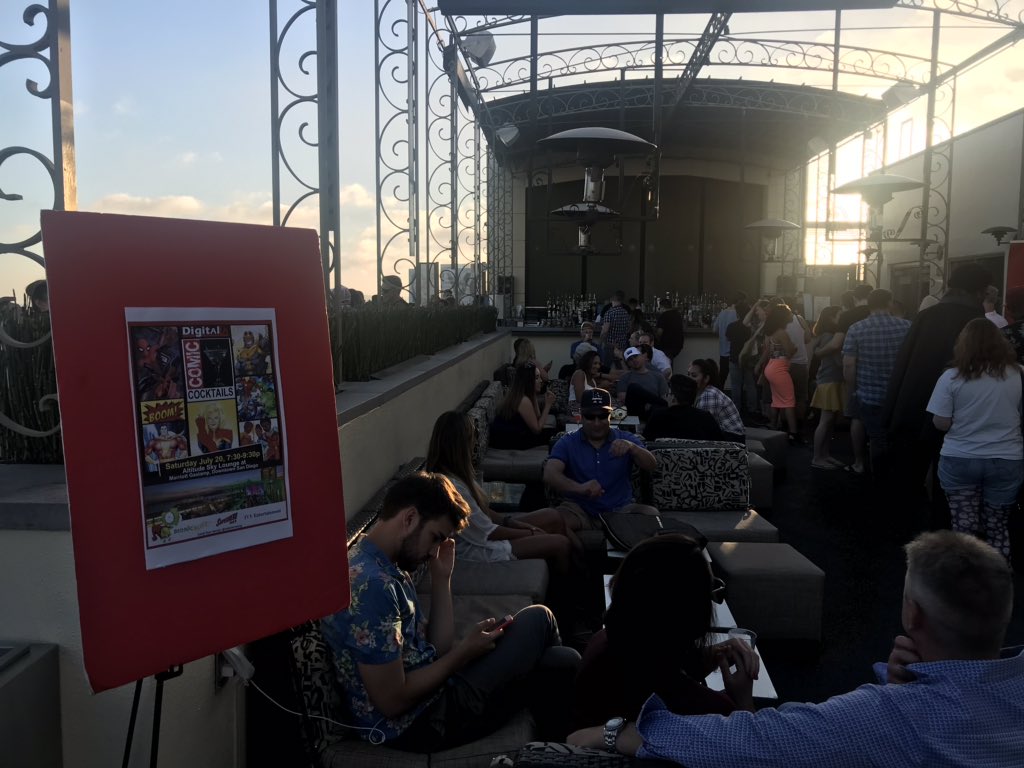 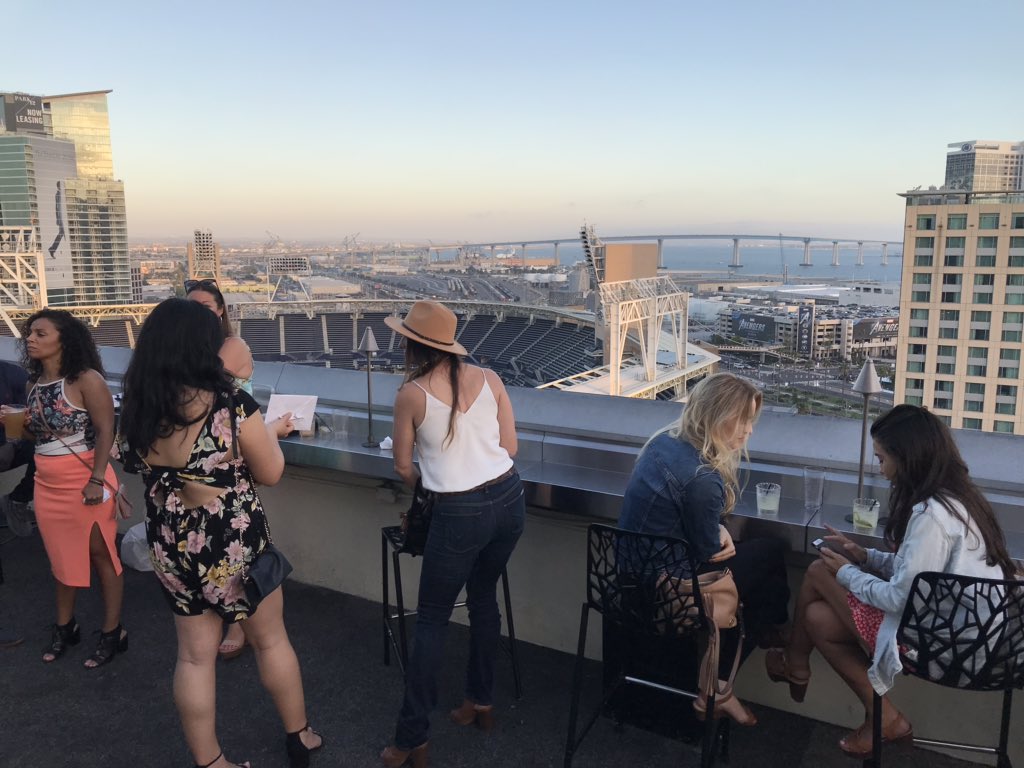 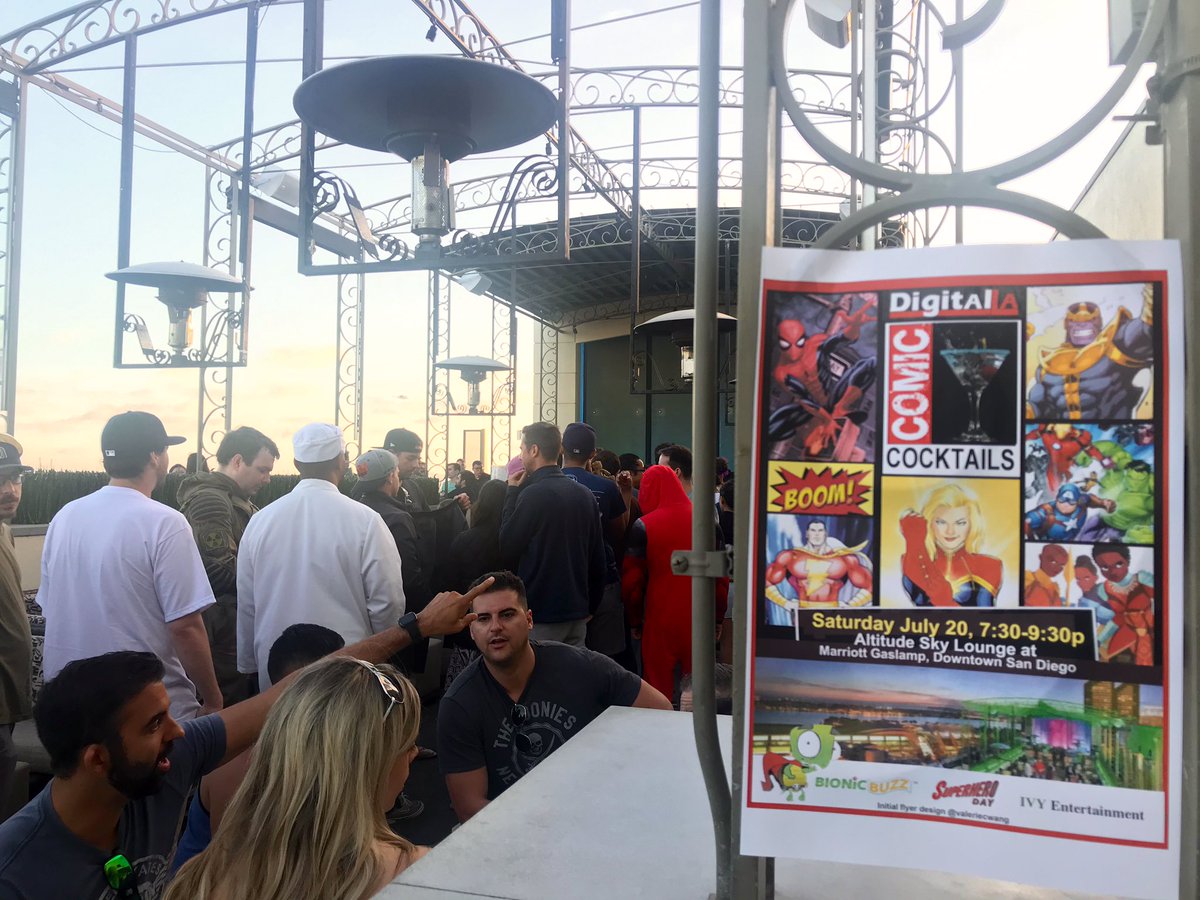 As well as spectacular views of downtown San Diego (photo by Lisa Mao). 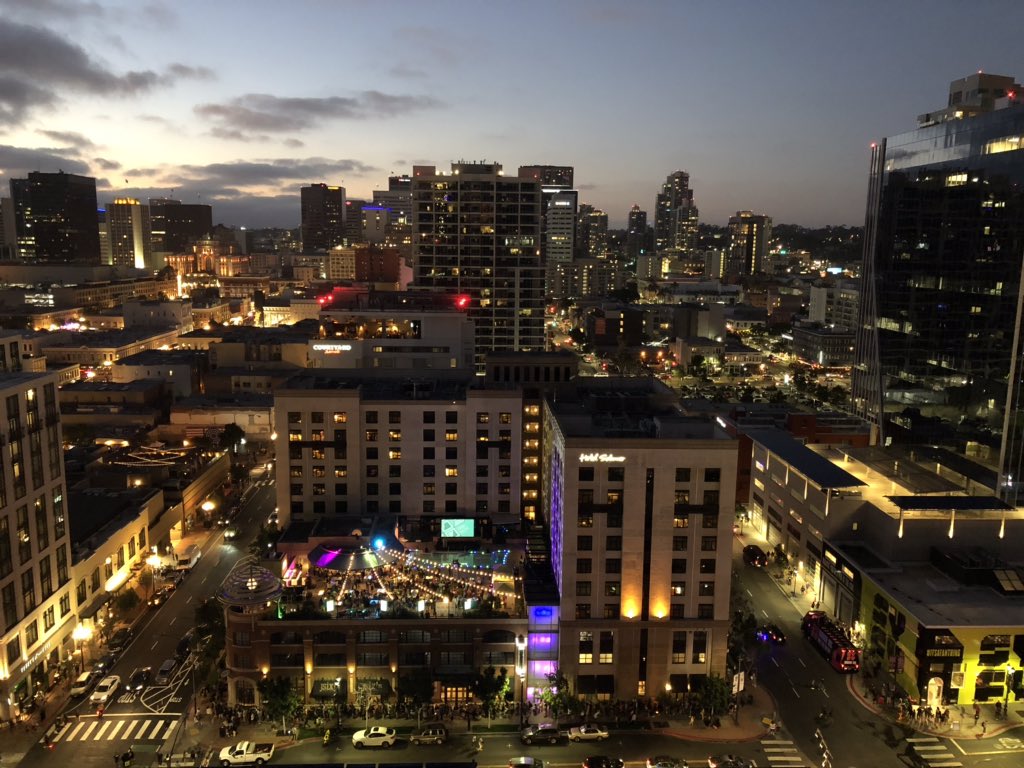 Attendees traded notes on best panels, activations, swag and cosplay, while lounging at the fire pits. 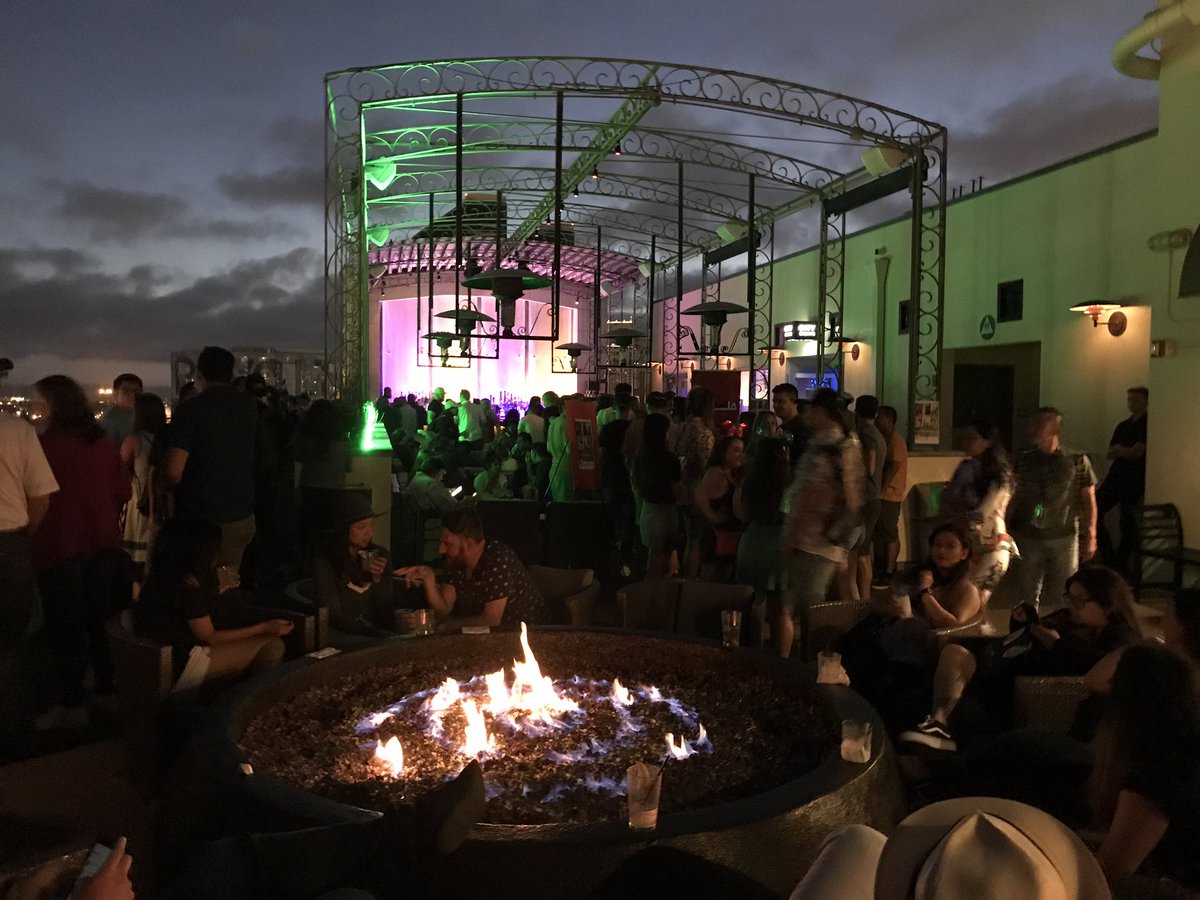 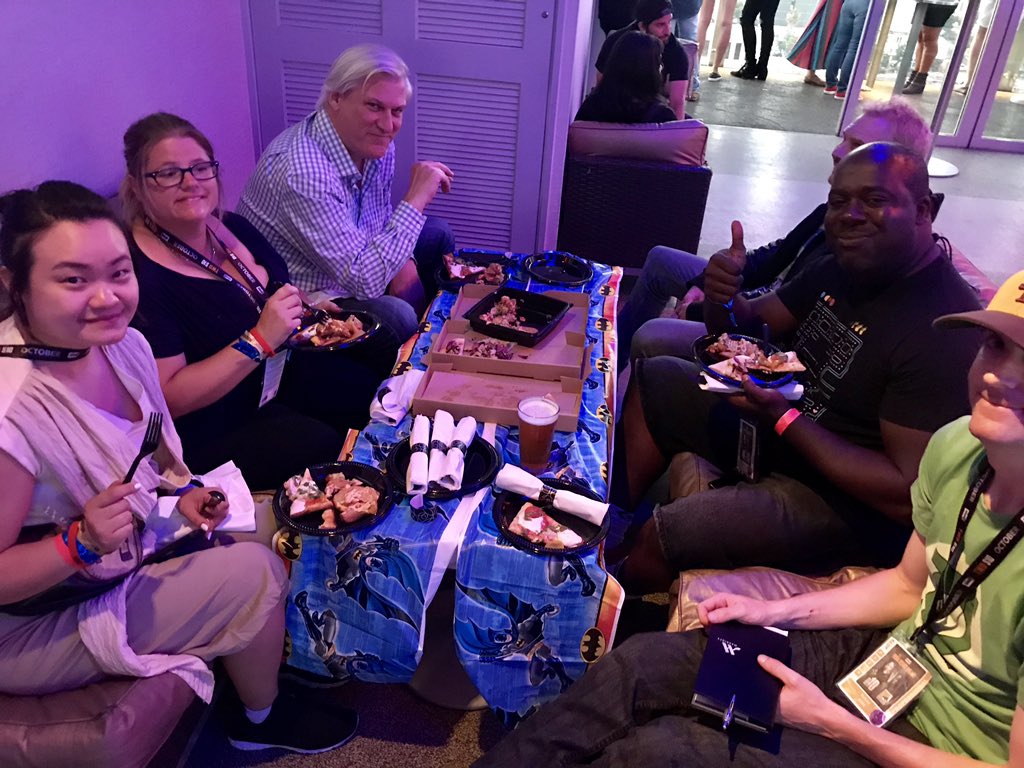 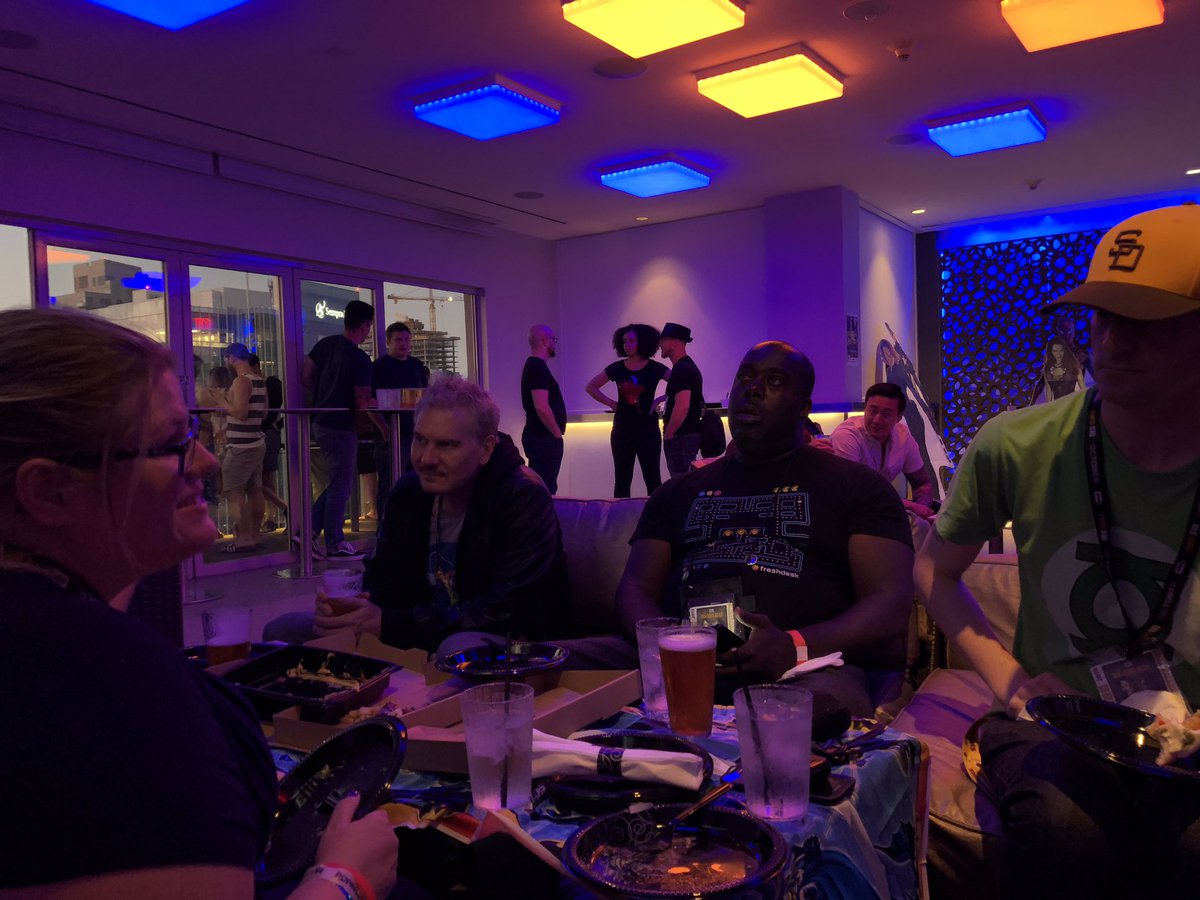 Special guests included She-Hulk, aka Tanja Richter, founder of Shapeshifterz printed bodysuit athletic wear. She spoke earlier in the week about her company at our Superheroes Go Digital panel in LA. She had a little competiion with Gamora over Best Green Superhero. 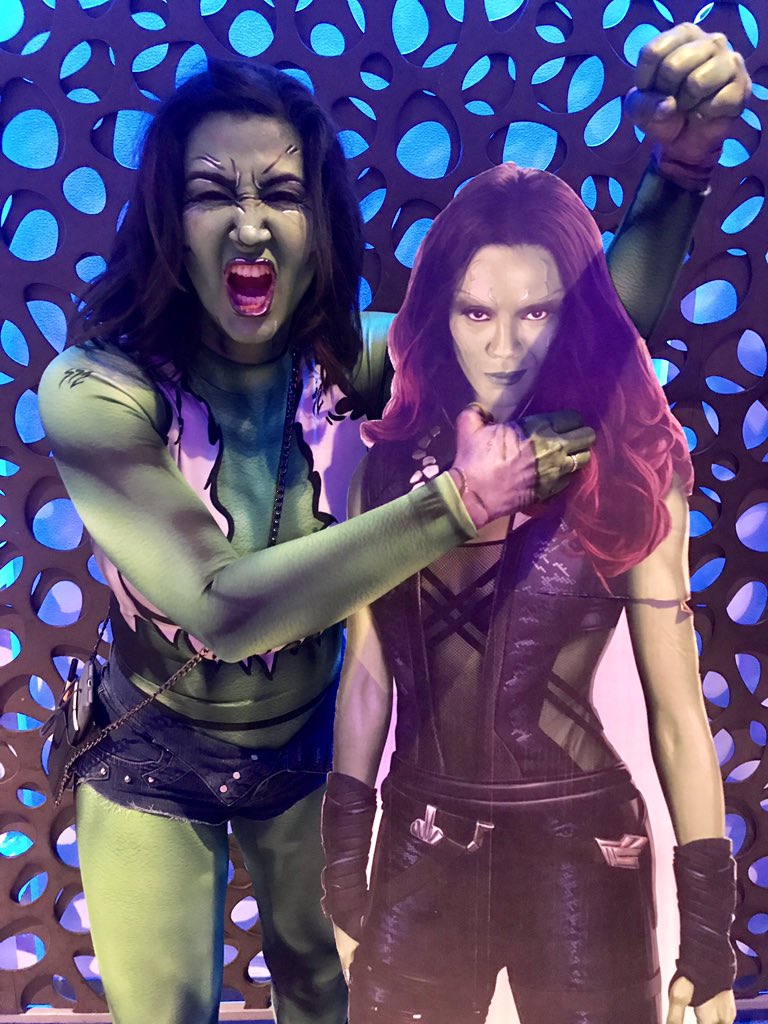 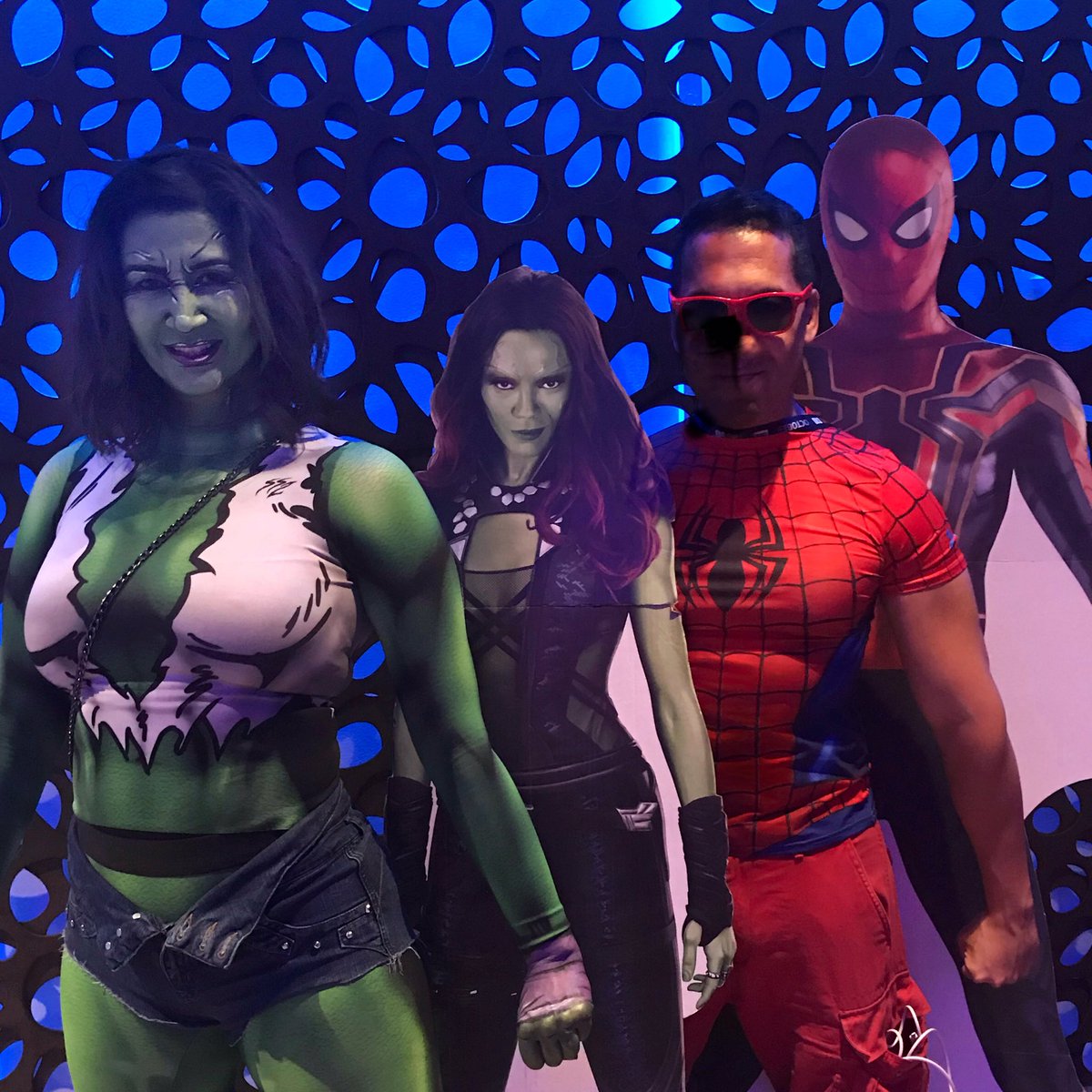 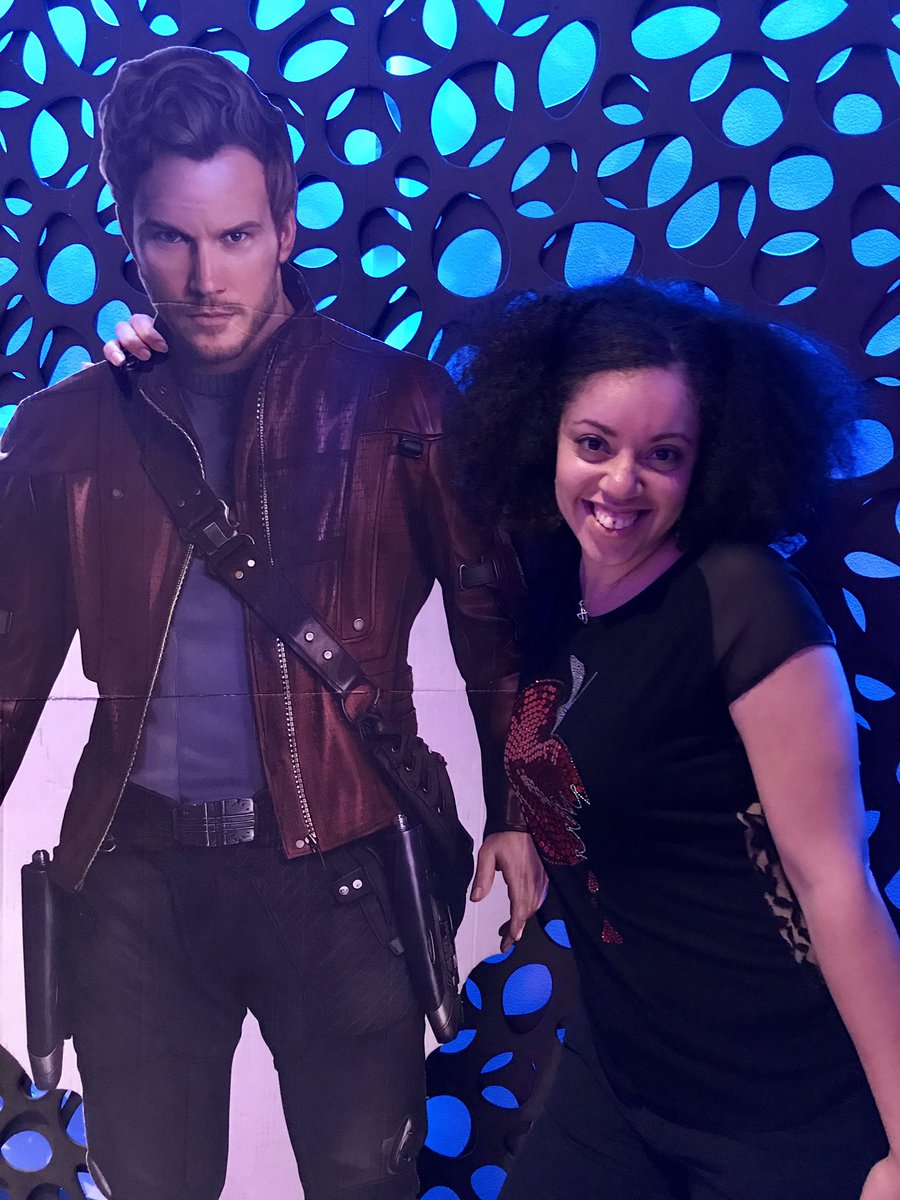 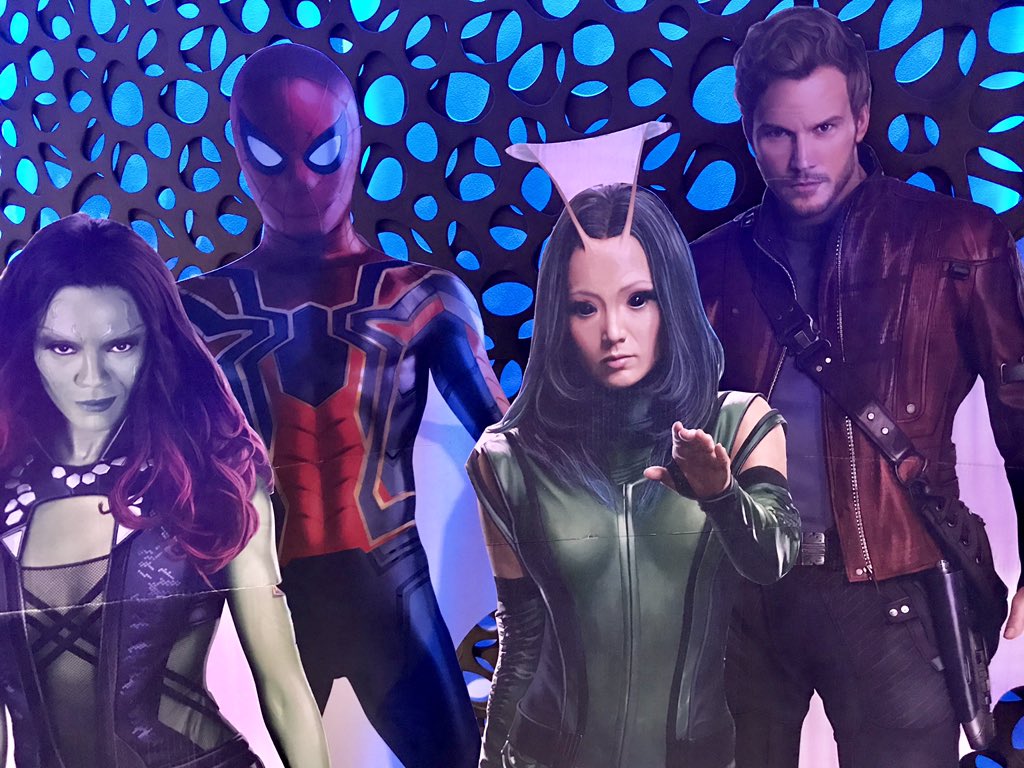 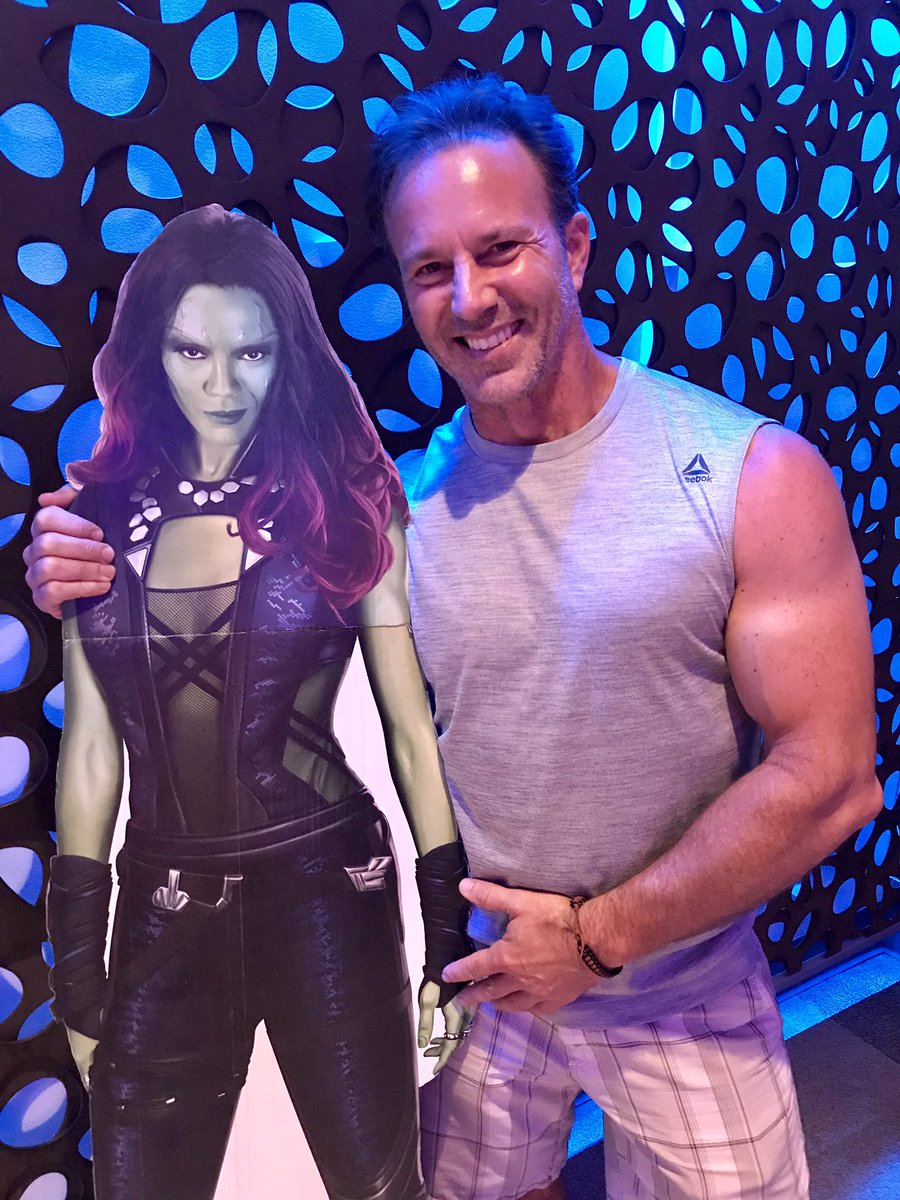 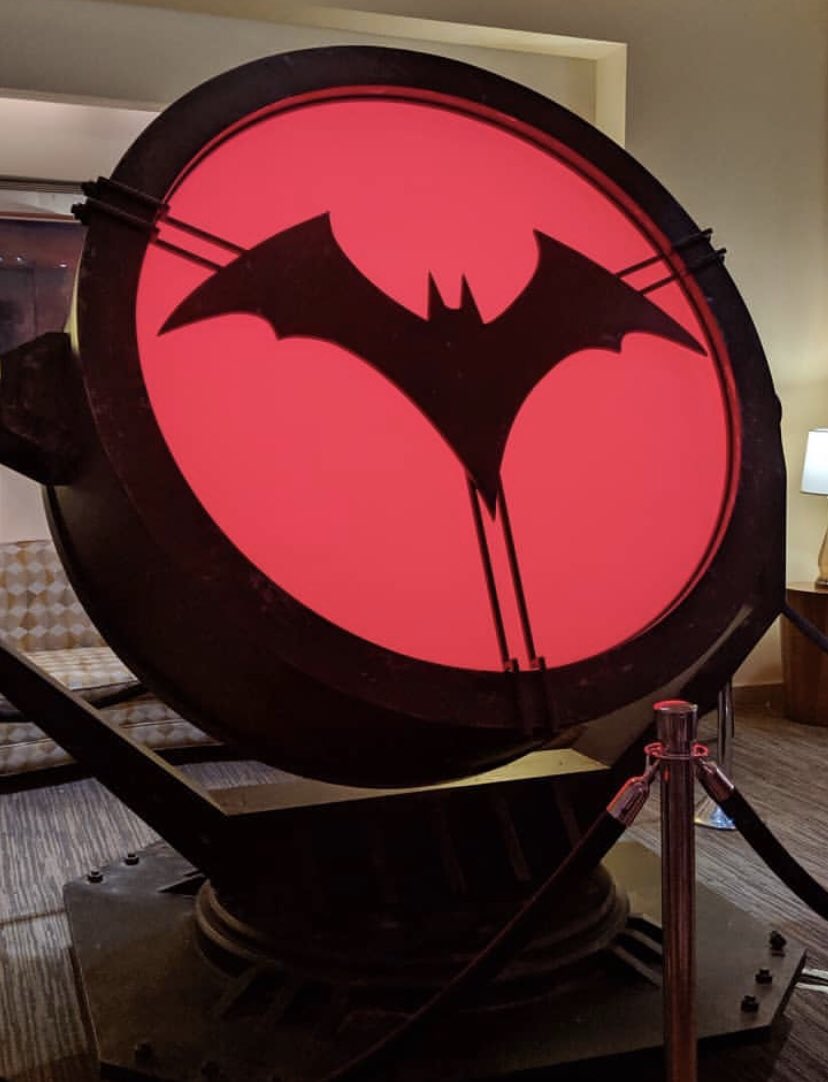 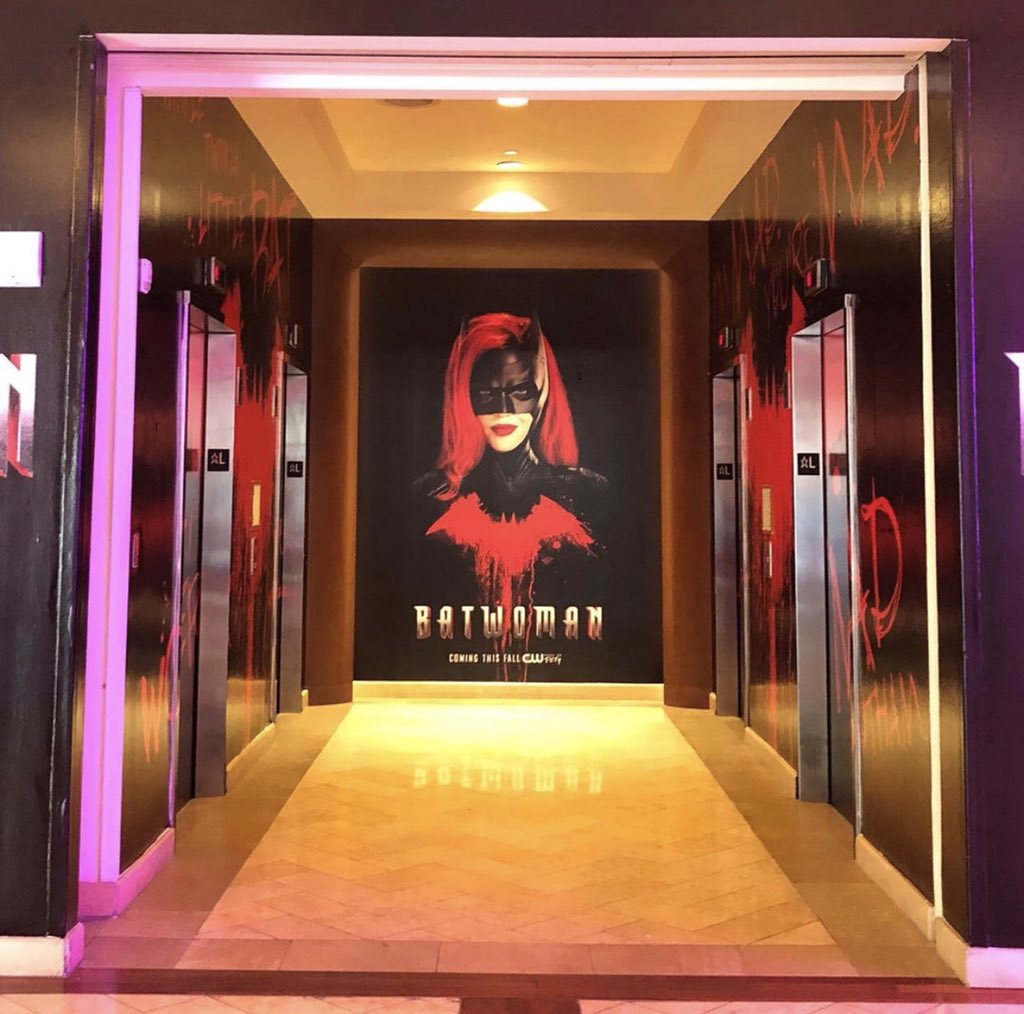 Thanks Altitude Sky Lounge for hosting us! 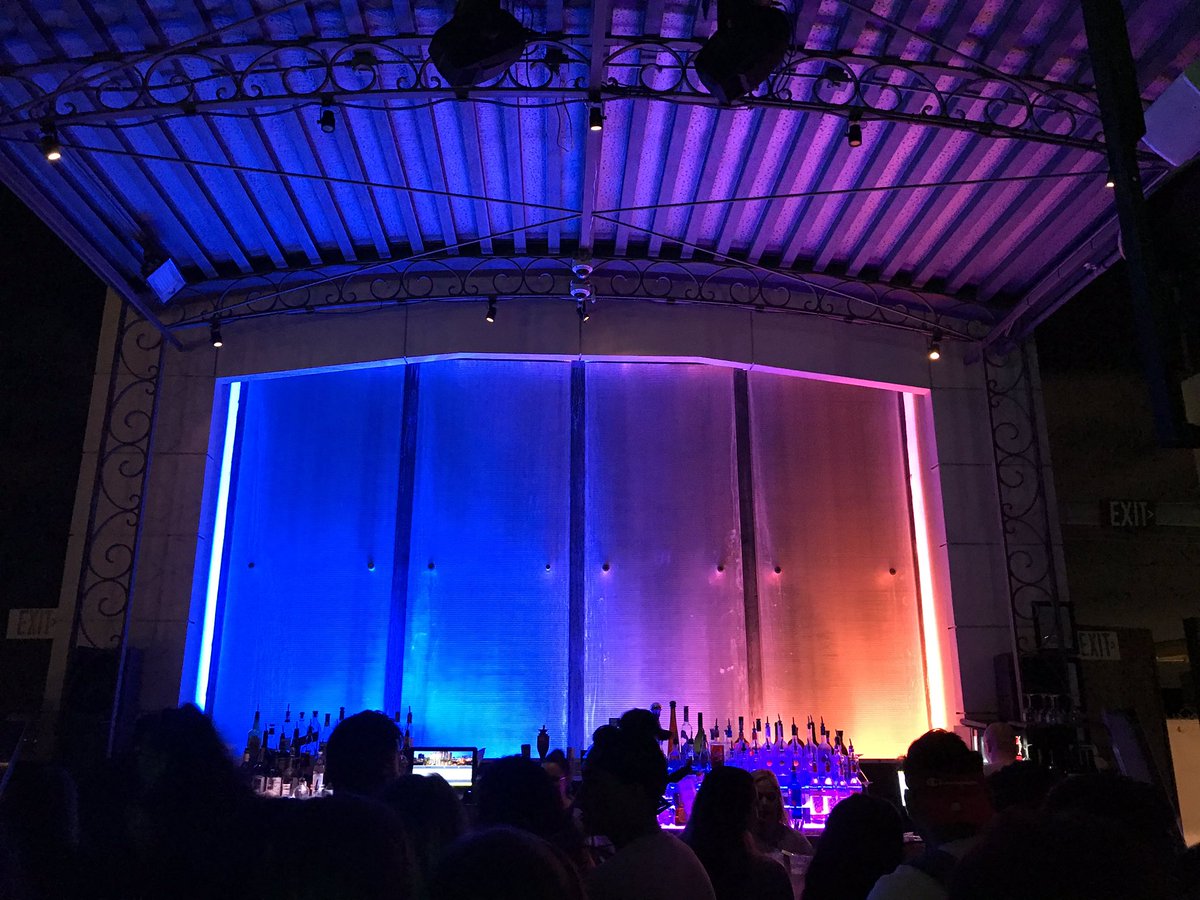