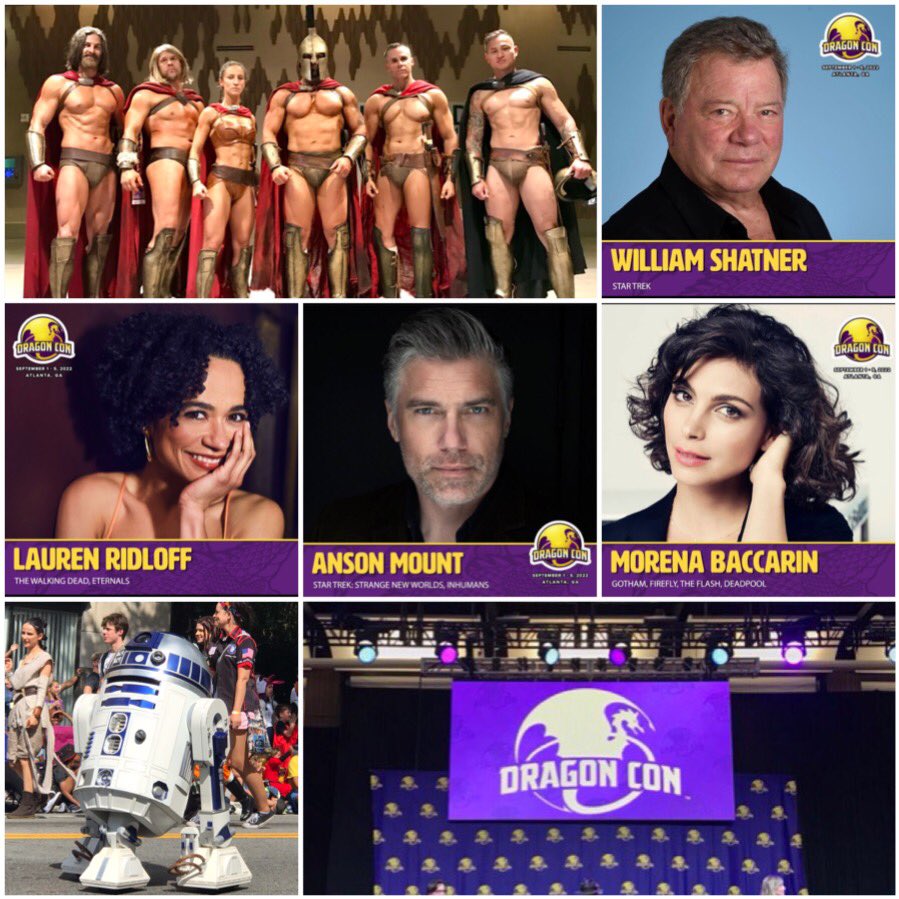 It’s like a comic con, but adds several big themed parties and DJs officially part of the con, that take over ballrooms at its five host hotels til the wee hours of the morning.

For the MTV Generation, Sam J. Jones and Melody Anderson from the cult classic movie, Flash Gordon, will be on hand. Jones played star quarterback Flash Gordon while Anderson played ally Dale Arden who helped save planet Earth from the wicked Ming the Merciless. 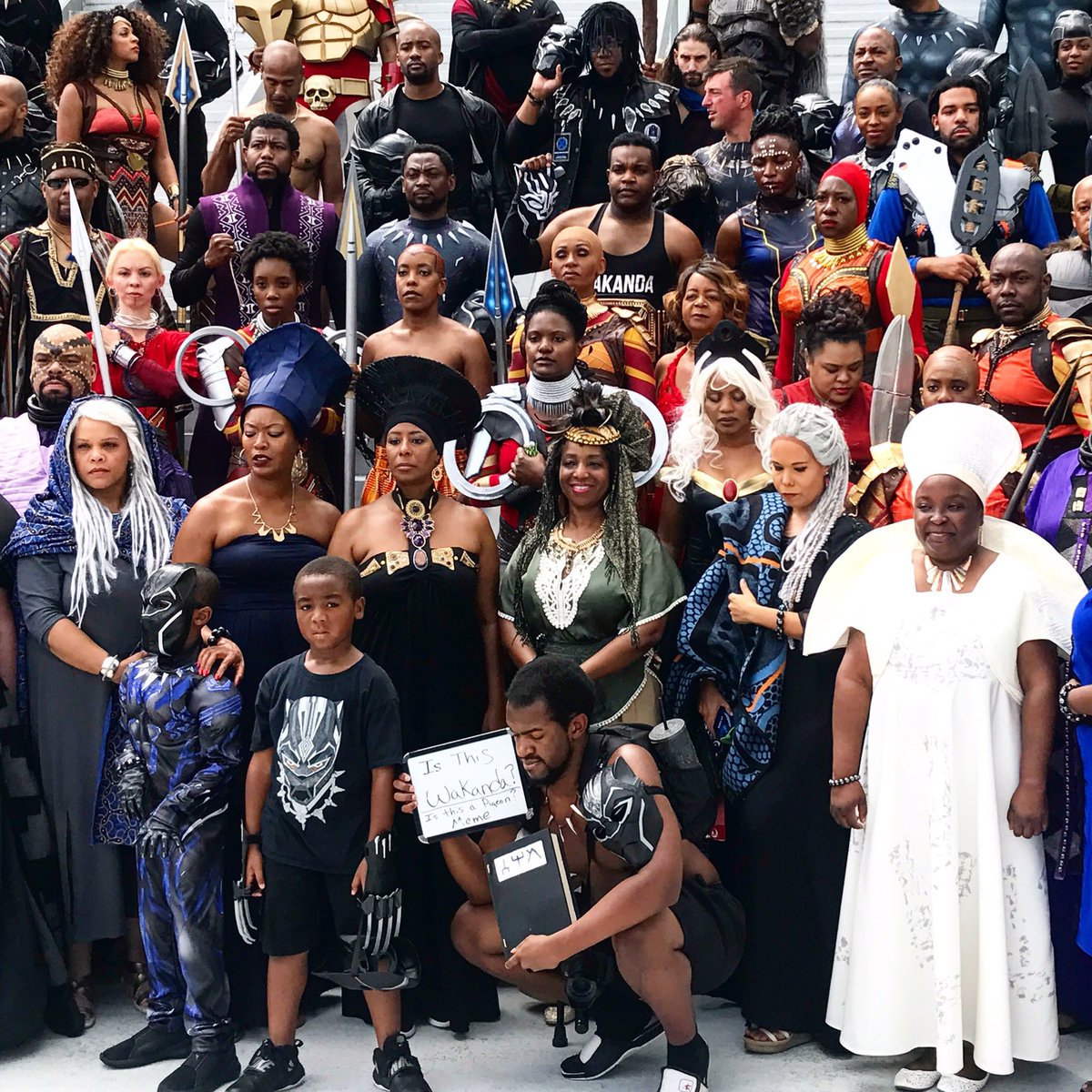 Dragon Con is well known for its cosplay – almost everyone dresses up, from casual fans at photo meetups (like Black Panther above), to pro cosplayers who participate in costume contests every night.

The 300 DC Spartans will celebrates its 15th anniversary this year. This troupe of fit tan cosplayers meets each year to do shield formations in the lobbies of the hotels, and marches in the annual parade. 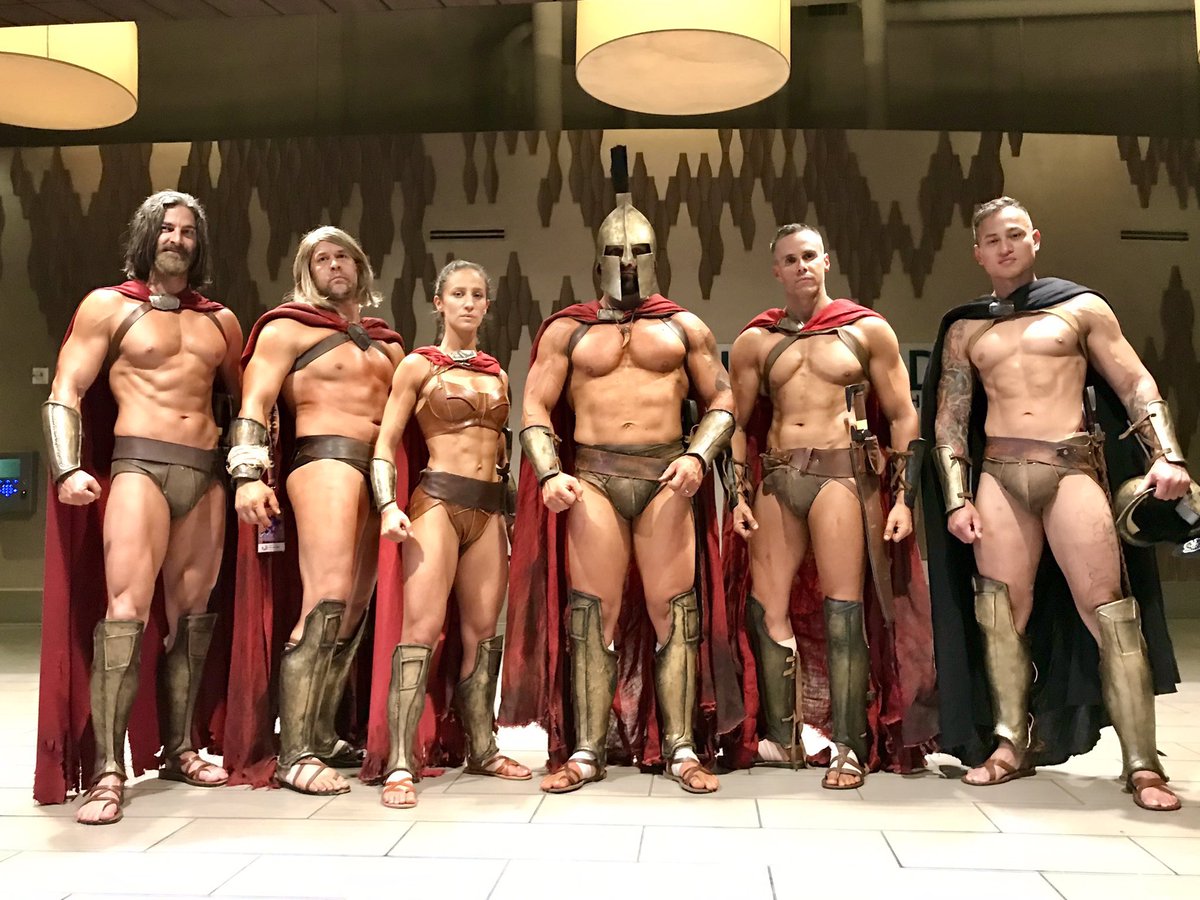 New this year, Dragon Con is moving a large part of its ‘round the clock gaming programming one block up and one block over, from AmericasMart Building One to Building Three to offer nearly three acres of games and gaming, from the latest and most popular video games to rarely seen board games.

The popular Artemis Bridge Game, in which eight players man the bridge of a USS Enterprise-like starship through its galactic adventures, is also expanding. First offered in 2016, the Artemis will now have two dedicated installations to allow cooperation or head-to-head competition.

Joystick Gamebar will once again offer a pop-up experience at 161 Peachtree Center, featuring dozens of classic American arcade games. No need for quarters, these games will be free to play for the full convention.

Overall, Dragon Con is one of the largest gaming conventions in the nation. From the latest video games to the most popular tabletop games, plus Japanese and classic American arcade games, ‘round the clock gaming is free to Dragon Con members starting Thursday, Sept. 1 at 4 pm. 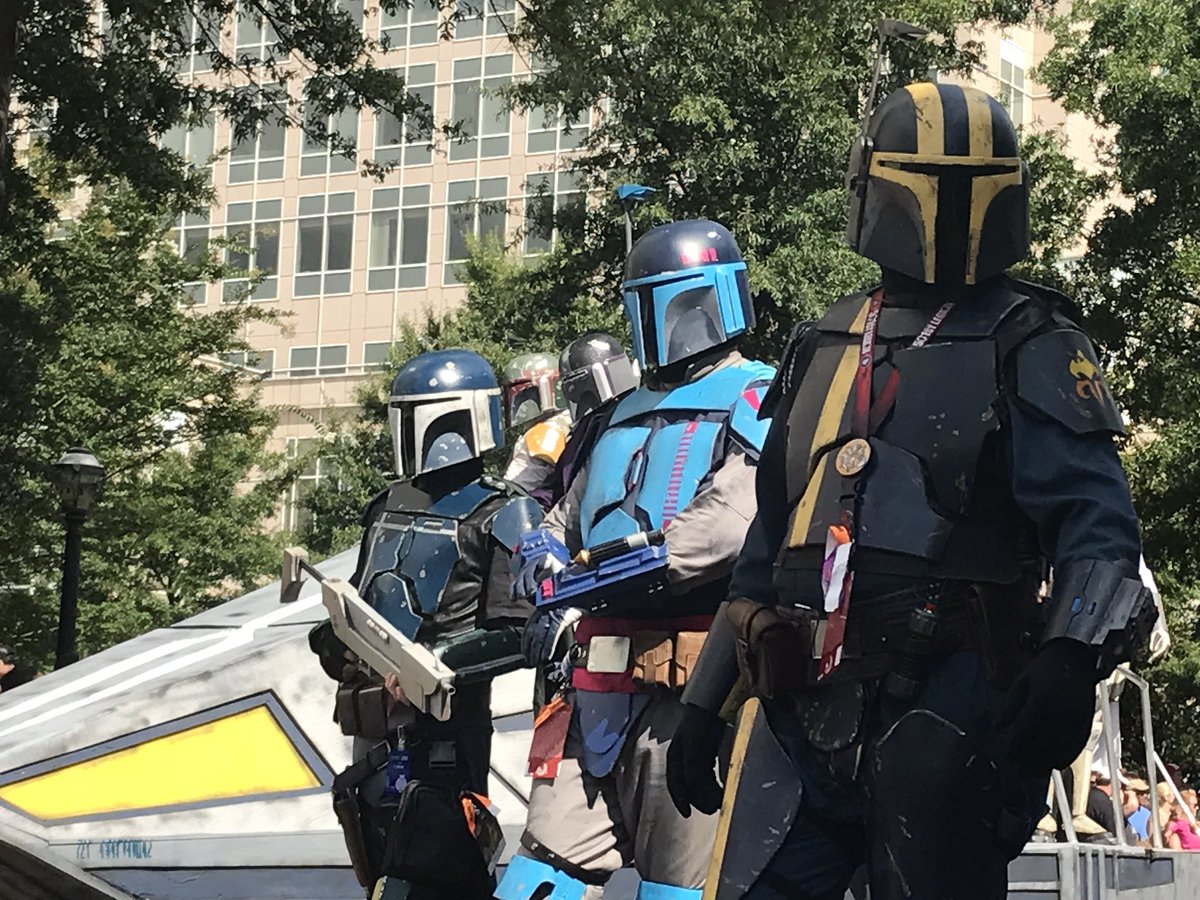 The always popular Dragon Con Parade steps off on Saturday, Sept. 3 at 10 am. After 2021 in which only badged Dragon Con members could attend, the parade is once again free and open to the public.

The 2022 parade will once again be televised and streamed live on Atlanta’s CW69 and our own DCTV. CW69’s live coverage will begin at 10 am and will remain on air through the entire parade, with a time-edited rebroadcast on Sunday, Sept. 4 at 11 p.m.

There are a number of live streaming options. DCTV will broadcast the parade live on a closed circuit to the convention’s host hotels, with rebroadcasts throughout the weekend. Parade coverage will also be available through the Dragon Con Goes Virtual streaming app. 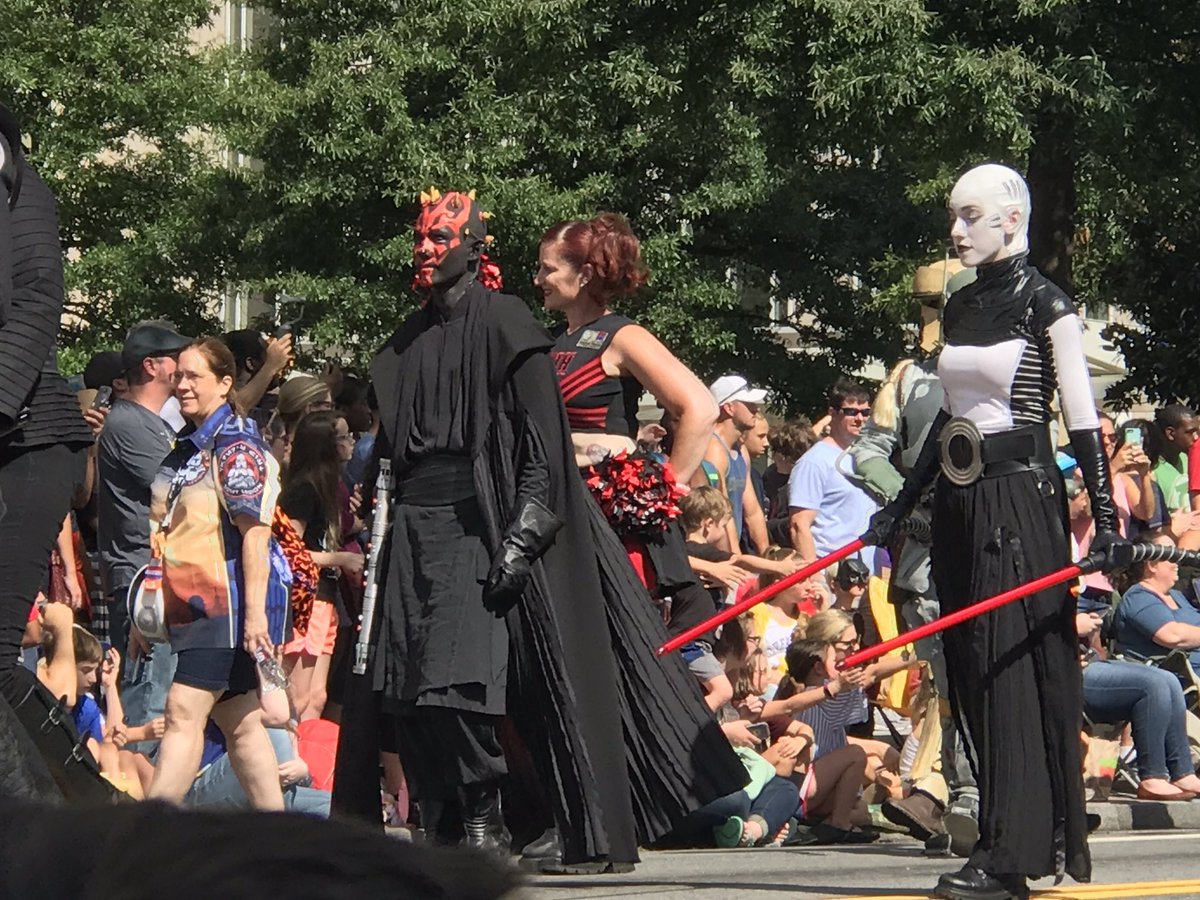 Official Charity – Open Hand Atlanta is Dragon Con’s official charity for 2022. Through auctions and other charity events, plus a dollar-for-dollar match up to $100,000 from Dragon Con, the convention will raise money to support this important organization.

Open Hand’s mission is to help underserved individuals prevent or better manage chronic disease through tailored nutrition interventions, which include a variety of therapeutic meal plans as well as nutrition counseling and coaching delivered by an experienced team of Registered Dietitian Nutritionists.  With the dedicated support of over 14,000 volunteers, they currently prepare, pack, and deliver over 5,500 meals per day in Metro Atlanta and rural Georgia.

In addition to fundraising, Dragon Con conducts the largest convention-based blood drive in the nation. In 2021, some 3,000 fans donated more than 6,000 units of blood and blood products in the annual Robert A. Heinlein “Pay It Forward” blood drive, benefiting LifeSouth, which serves more than 40 hospitals in the Atlanta area and 110 hospitals in the Southeast.

Dragon Con is the internationally known pop culture convention held each Labor Day in Atlanta. Organized for fans, Dragon Con features more than about 3,000 hours of comics, film, television, costuming, art, music, and gaming over five days. For more information, please visit www.dragoncon.org and follow us on Facebook and Twitter.