DUBAI – Hollywood represents in Dubai with themed attractions at two theme parks. It’s somewhat surreal to be in the middle of the desert in Dubai, and see familiar Hollywood themed rides that you wish we had in the U.S. IMG Worlds includes Marvel land and Cartoon Network land, and more Marvel themed rides than any other theme park in the world. Motion Gate features four lands themed to DreamWorks, Columbia Pictures, Sony’s Smurfs Village, and Lionsgate.

We visited IMG World and Motion Gate in Dubai. Here’s our review which will make you want to go immediately!

IMG Worlds is an indoor theme park in Dubai. Indoor to avoid the 80+ degree heat or duststorms.

At Marvel land, there are five Marvel character themed rides, making it the highest number of Marvel rides anywhere in the world. Second place is Universal Studios Islands of Adventure in Florida which has four: Hulk, Spider-Man, Storm, and Doctor Doom theme rides. Third place is Hong Kong Disneyland which just opened up a Iron Man themed ride

Marvel land looks like a comic book New York city come to life. You walk down the faux NY streets to explore the rides and restaurants. Most of the rides used advance technology that you don’t see in many US theme parks.

– Hulk Epsilon Base 3D: 360 dome motion simulator: You put on 3D goggles and sit in a round dome theatre to see Hulk and Iron Man battle Legion over you. The action is intense and all around you 360 and above you when you look at the top of the dome. Add in the fact the entire seating area is moving and shifting as Iron Man or Hulk catch the spinning platform on screen, and it’s a truly top notch experience

– Avengers: Battle of Ultron. Put on your 3D glasses and help the Avengers battle Ultron in this ride. It’s similar to the Transformers ride at Universal Studios Hollywood, except it’s the Avengers vs. Ultron.

– Avengers Flight of the Quinjets: Ride in a quintet in this Dumbo-like spinner ride.

– Thor Thunder Spin: This ride is like those long corn on the cob spinning rides at amusement parks. You spin upside down several times.

In addition to the five rides, you can eat at the tablecloth service Tony Stark’s Skyjack restaurant, which features a bar, aquarium and of course two Iron Man suits. Or you can eat shawarma of course at the casual Downtown Shawarma restaurant.

The gift shops sell some merchandise exclusive to Marvel in Dubai, including T-shirts, and the Zem casual shoes for Iron Man, Spider-Man and Captain America.

Hollywood studios represent at Motion Gate, where DreamWorks, Sony Columbia Pictures and Lionsgate have teamed up to create different lands of this Hollywood themed theme park. 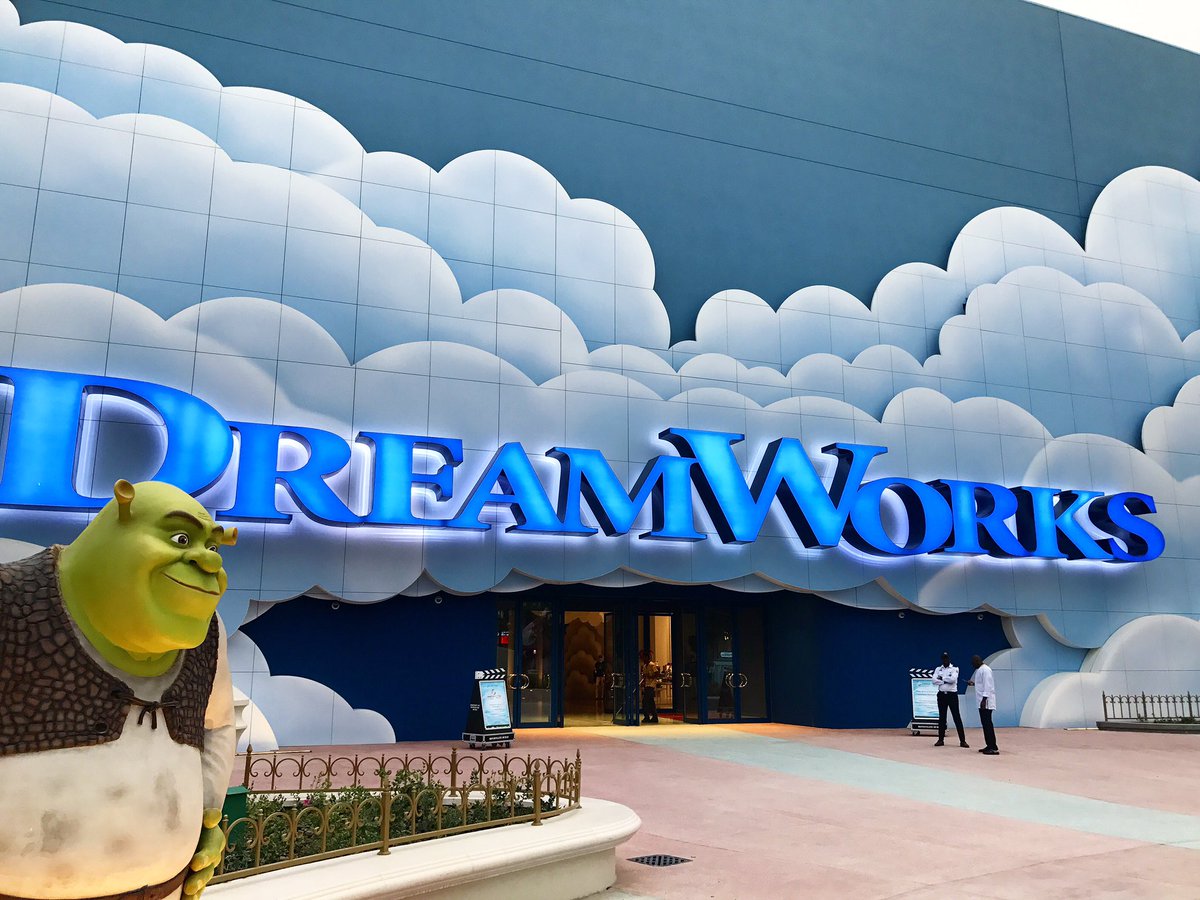 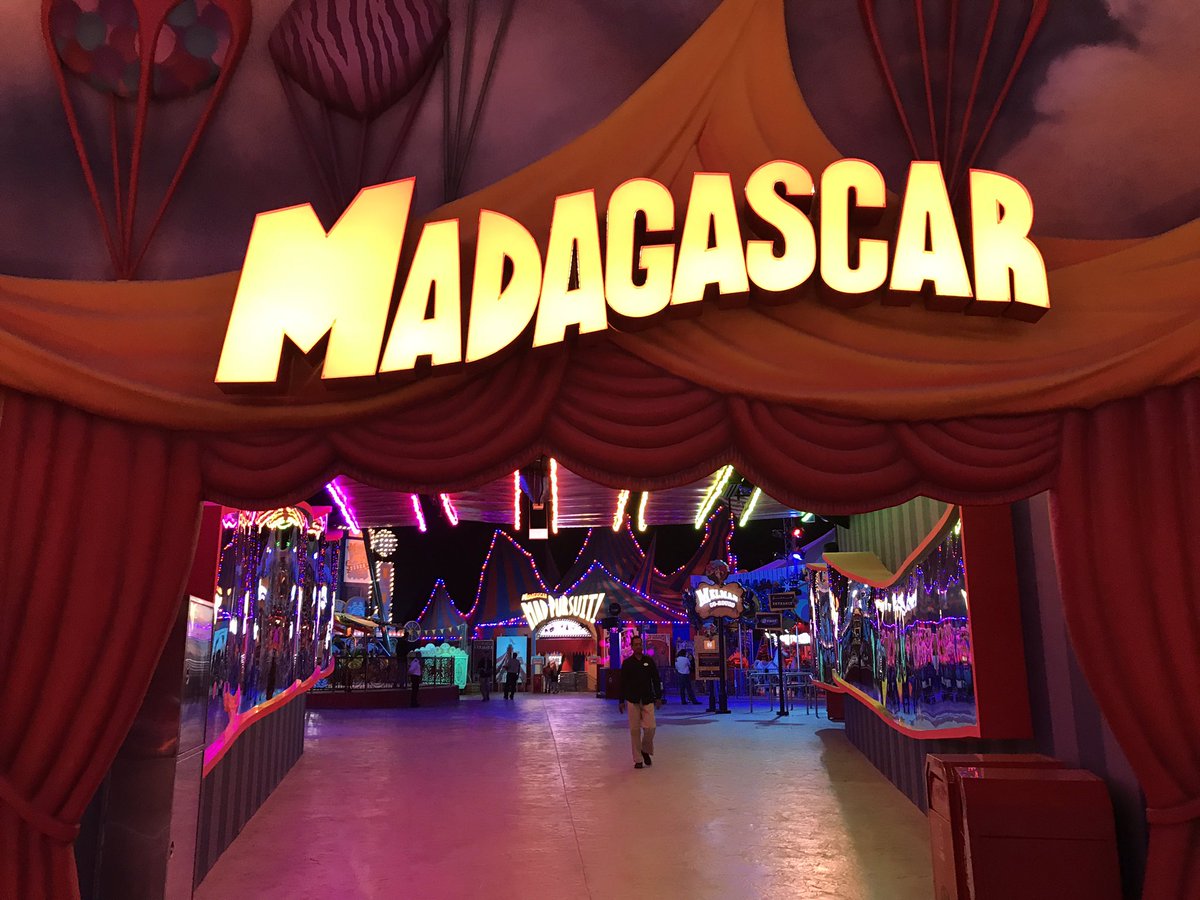 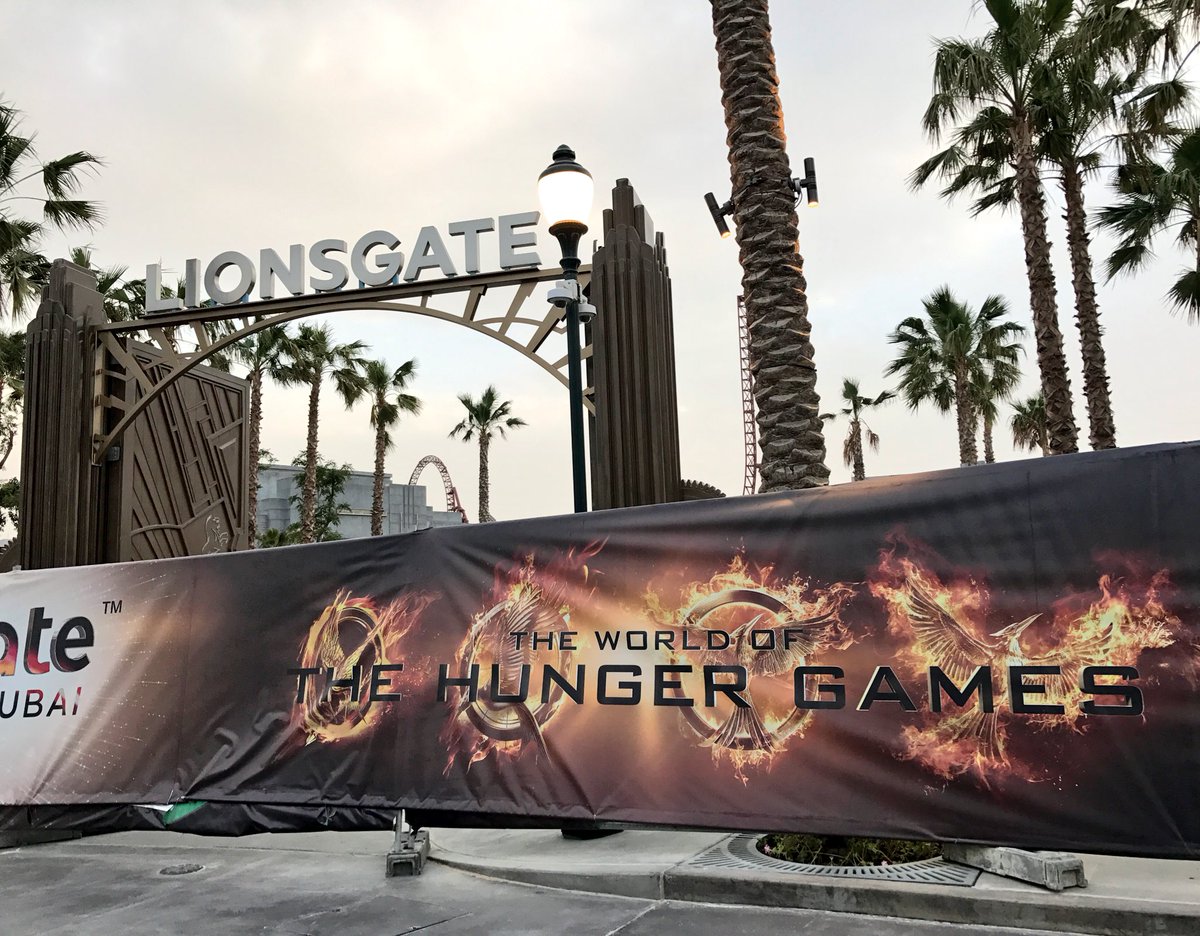