Avengers: Endgame, now the #1 biggest film in the world, had more than 92% VFX shots, from Thanos’ subtle facial expressions, to the final epic battle “blips,” said VFX supervisors on the “Making of Avengers: Endgame” panel at the SIGGRAPH convention in Downtown LA. 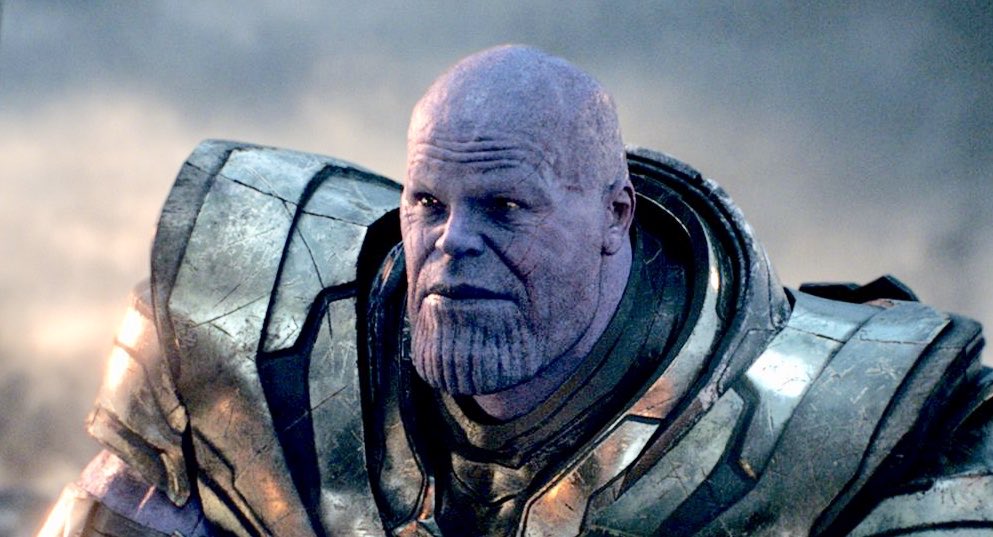 Visual Effects supervisors from Marvel Studios, Digital Domain, Weta Digital, and Third Floor gave an exclusive peek of how they used VFX tools to create some of the movie magic at the SIGGRAPH annual VFX conference. The teams said they all worked together to get all the work done, and they would help each other raise the standard on delivering amazing work. 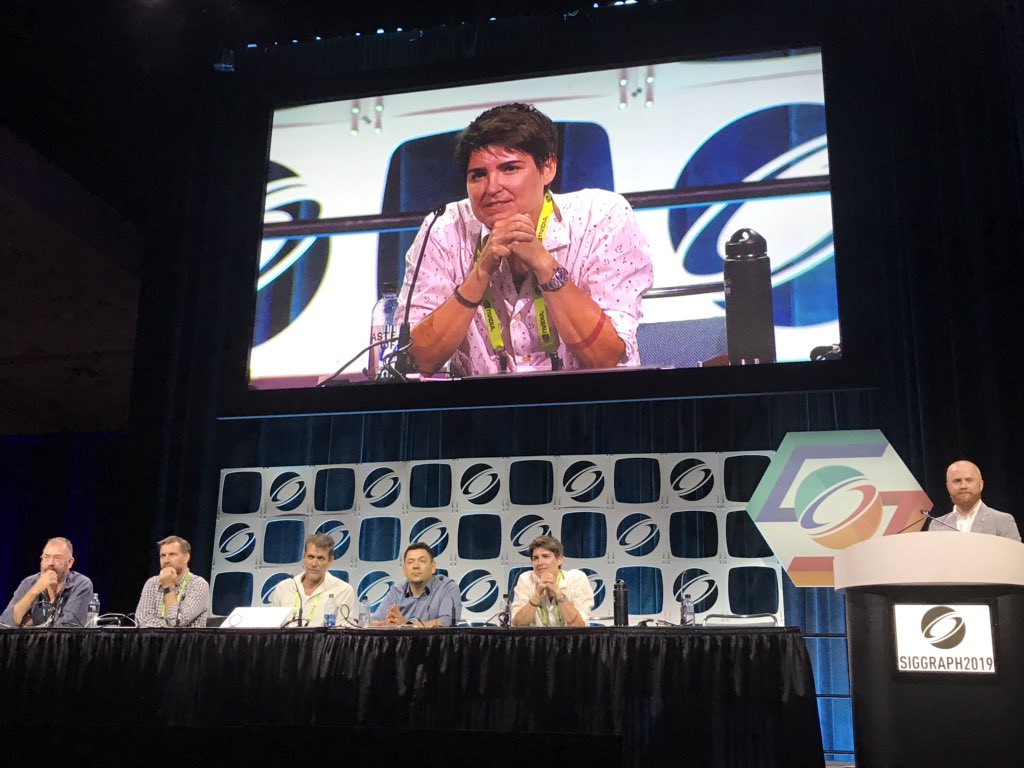 Jennifer Underdahl, VFX Producer at Marvel Studios, opened the panel with stats illustrating the sheer size of the VFX work on Endgame:

Thanos and his facial expressions deserve their own VFX award. In fact, he won the Outstanding Animated Character in a Photoreal Feature at the VES Awards for Infinity War last year. Thanos’ life-like facial expressions help exude empathy for the villain and tell his story. There was so much work to do on Thanos, that two companies worked on his VFX: Digital Domain and Weta Digital.

Digital Domain VFX Supervisor Kelly Port described how DD made Thanos face so lifelike. The VFX department scanned in Josh Brolin’s face via low rez mask and three dozen points to capture his facial data doing a variety of expressions. Then, they ran the data through a Machine Language algorithm to learn and predict how his face moves, and created a high-res face mask that they could freely animate. 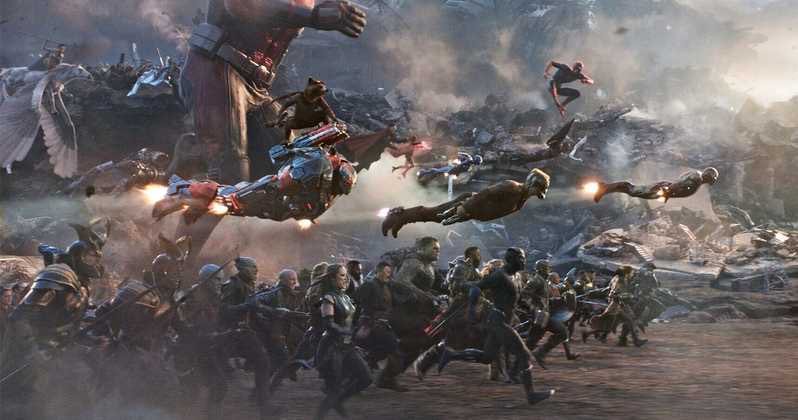 Weta Digital did not only fine details in Thanos face, but also the big epic battle sequences it’s known for thanks to the Lord of the Rings, said Matt Aitken, VFX Supervisor at Weta Digital. Matt showed some green screen footage of the stunt double heroes charging in the final battle. The Black Panther stunt double “thought it was a race” and ran ahead of the pack (which he would actually do since he’s fast!). They decided it was better to show the heroes moving together in unison, so the stunt double was replaced by a digital double Black Panther running instead. Also in the green screen test, an Asgardian trips seemingly on his cape (no capes!), and was digitally removed. 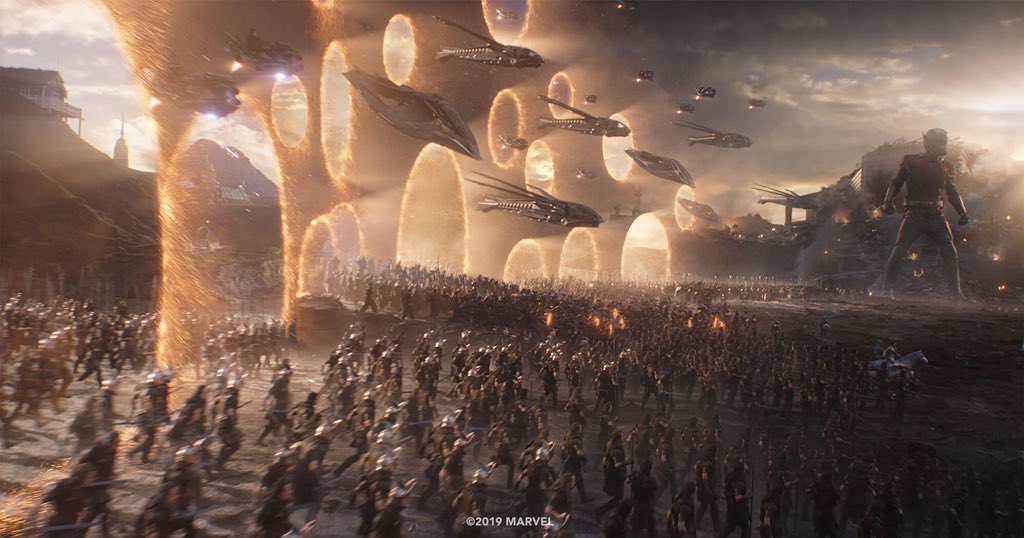 Weta also created Doctor Strange’s teleportation portals to bring other troops into battle from Wakanda, New Asgard, and the Ravengers from space. Matt said that you can see where the heroes are coming from in the teleportation portals, and Weta even made digital 3D models of New Asgard buildings and Wakanda forests, so that as the camera moves in the scene, it looks right. It’s not a pasted still image of New Asgard.

After Tony snaps his fingers, Weta Digital also animated the “mega blip” multiple “ashings.” Thanos and other main villains get “hero blips” with the skin turning grey in one pass, and then ashes flaking off in another pass. For Thanos,a digital wind simulator was added to make the ash blow away realistically. Mid-level and background characters and vehicles get “Blip Light”, just turning to a puff of ash in the distance.

Weta also simulated Snap-induced damage to Tony’s face. The wounds had to be enough to look lethal, but not too gruesome because they wanted to ensure Tony keep his dignity. 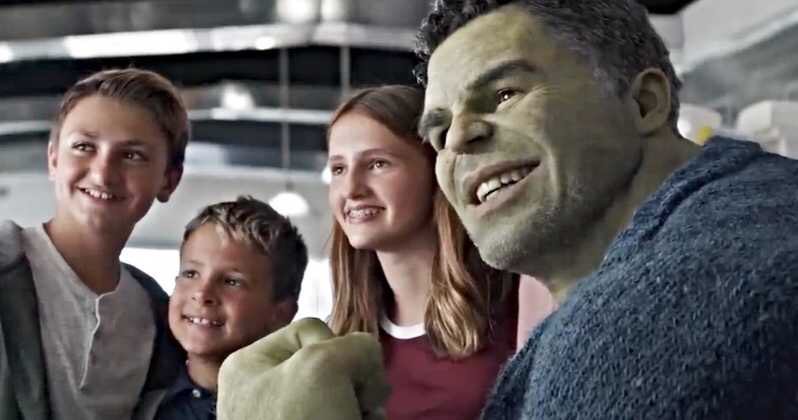 ILM VFX did VFX of Smart Hulk. They wanted to keep as much of Mark Ruffalo’s nuanced acting as possible. So they did a test of Smart Hulk based on old Spotlight movie interview footage they found of Mark. Then ILM did a test animation of Hulk saying the same thing. It worked! Yes Hulk can sound smart! Marvel Studios loved it and decided to go forward with more Smart Hulk scenes.

Previz and postviz animatics were used to illustrate the action and blocking in scenes, said Gerardo Ramirez of The Third Floor, which did much of it. He said that one of his previz animators came up with idea for how Thanos could knock out Captain Marvel during their battle – by taking the reality stone out to zap her.

The panel was timed perfectly on the eve before the Avengers: Endgame digital release on July 30. 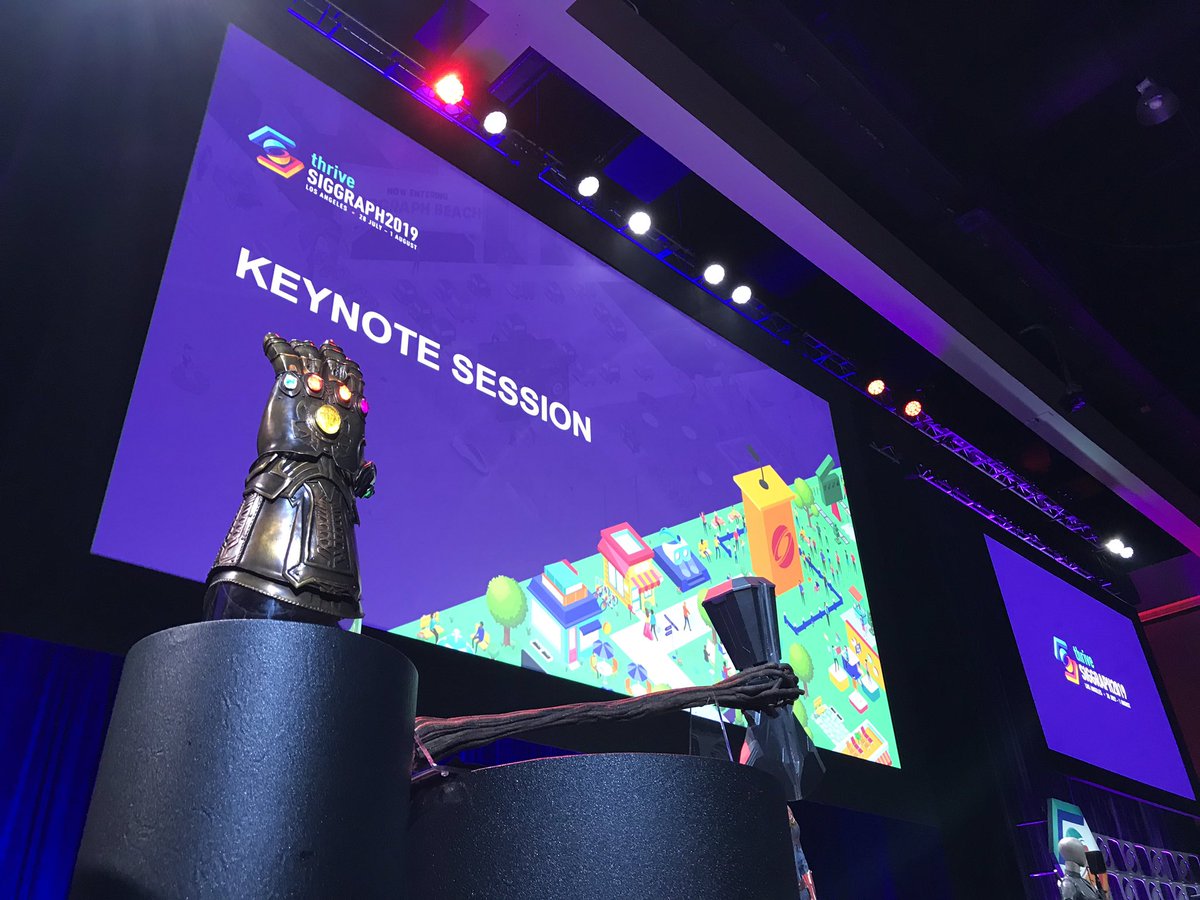 Marvel Studios brought out several props and costumes from the film on stage during the presentation, including the Infinity Gauntlet, Thor’s axe, Iron Man’s mask, Cap’s broken shield, and costumes for Captain Marvel and Captain America. 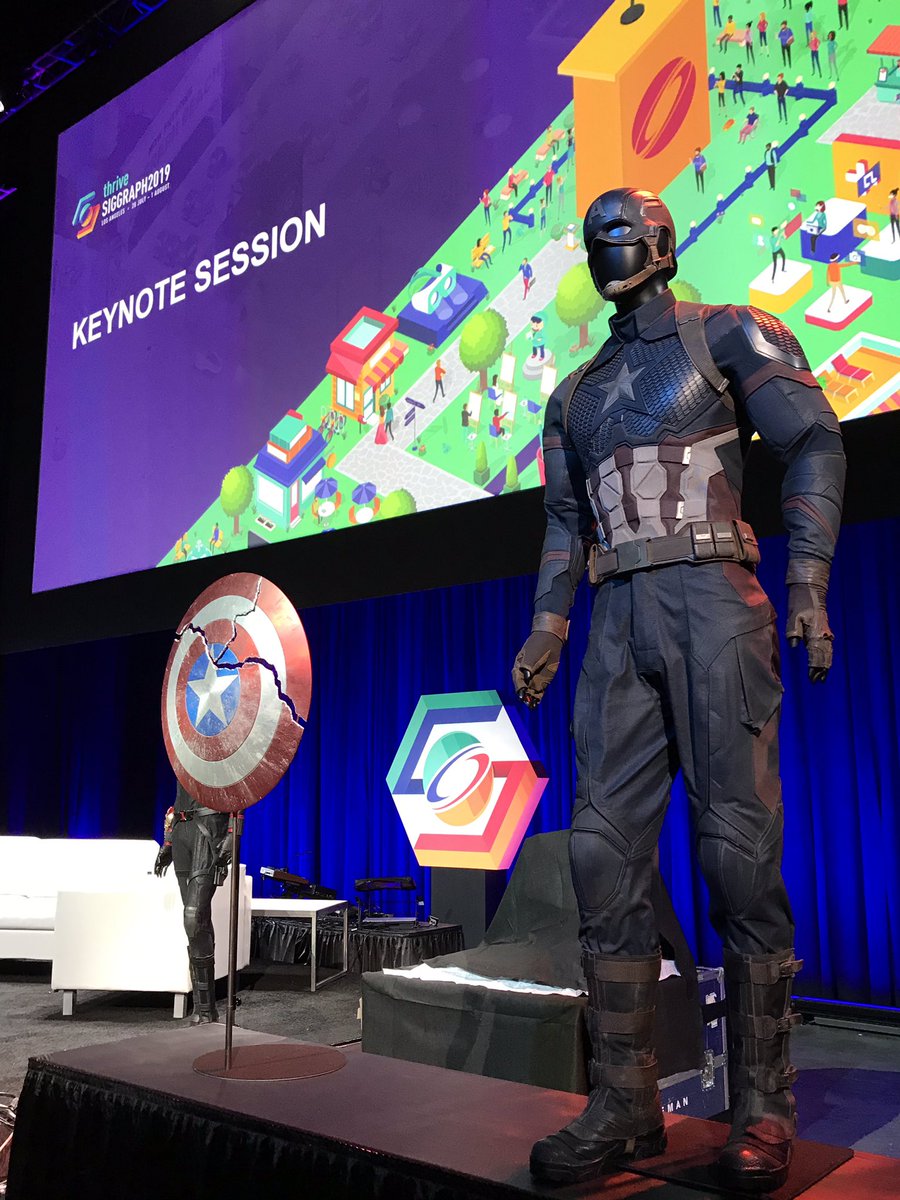