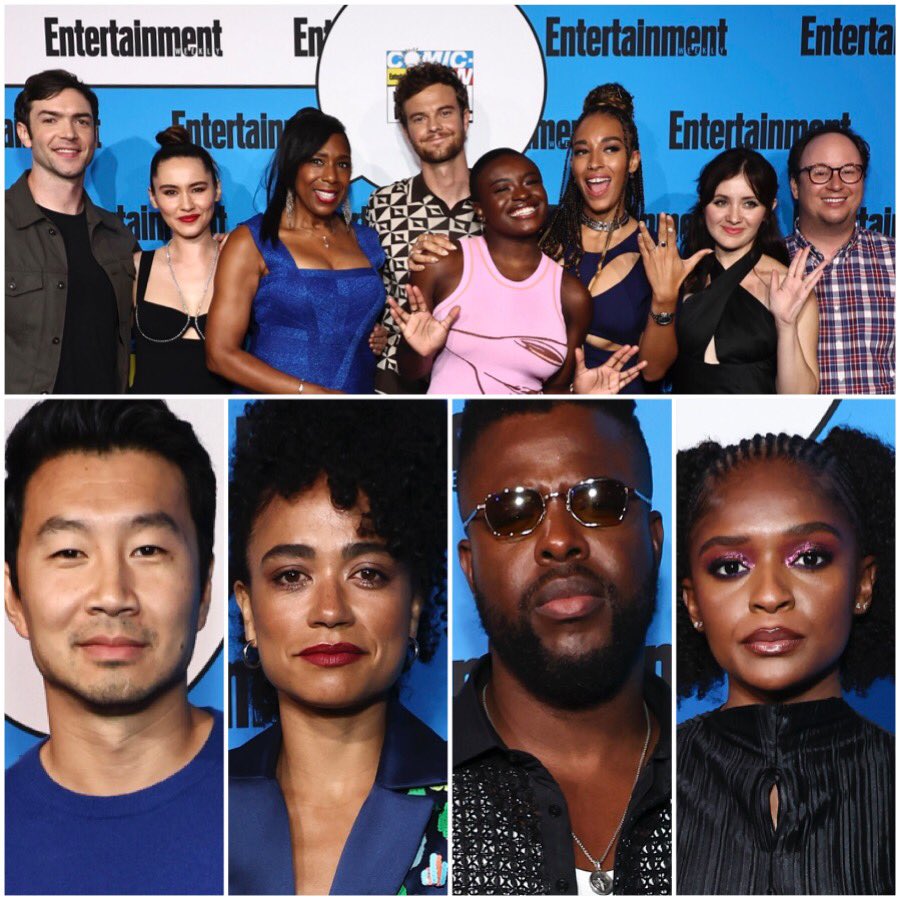 Actors and other talents who had spoken on Hall H and other SDCC panels walked the red carpet, and mixed and mingled at Float at the Hard Rock in Gaslamp, across the street from the San Diego Convention Center.

Simu Lu who plays Shang-Chi walked the carpet. He appeared the next day on the Funko Hall H panel where he did a backflip on stage, the first Hall H backflip! He talks about filming the fun karaoke scenes in the Shang-Chi film in this interview via our Bionic Buzz video partner. 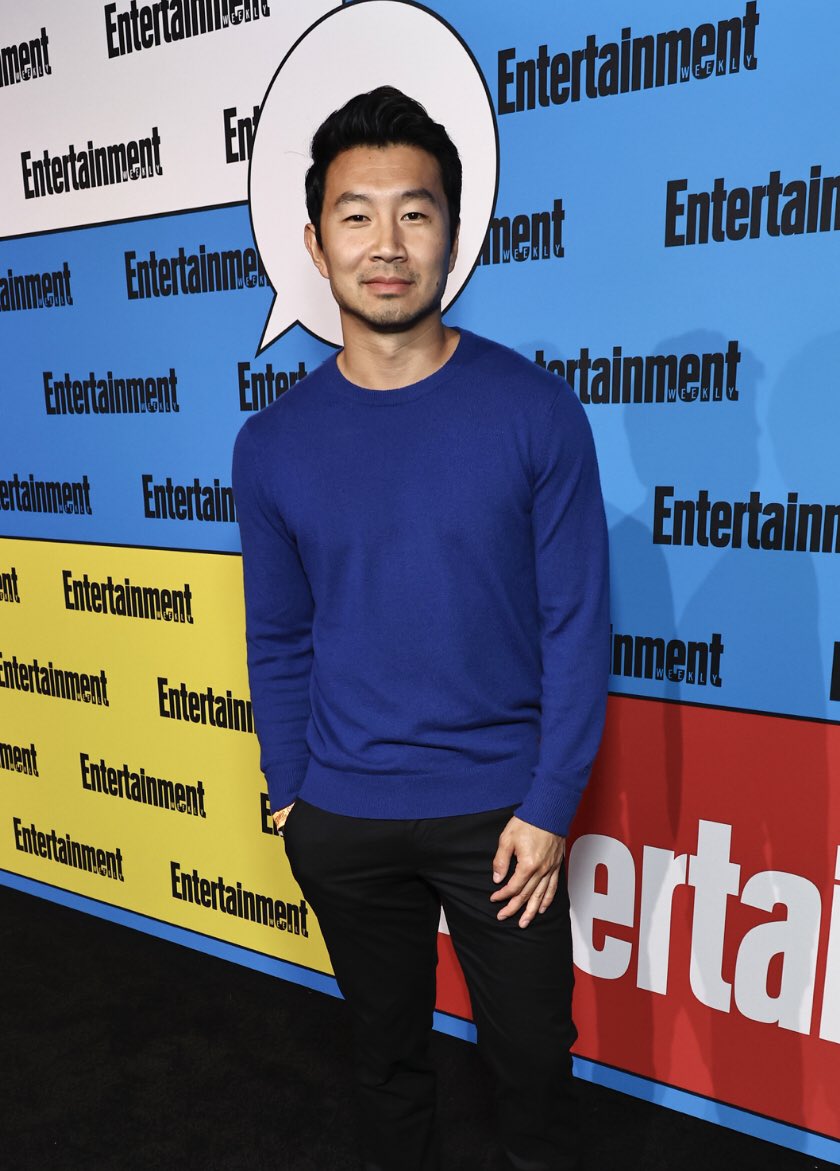 Winston Duke, who plays M’Baku in Black Panther, had just appeared on the Hall H stage a few hours earlier at the Black Panther: Wakanda Forever panel with emotional trailer release. Winston also stars in Us. 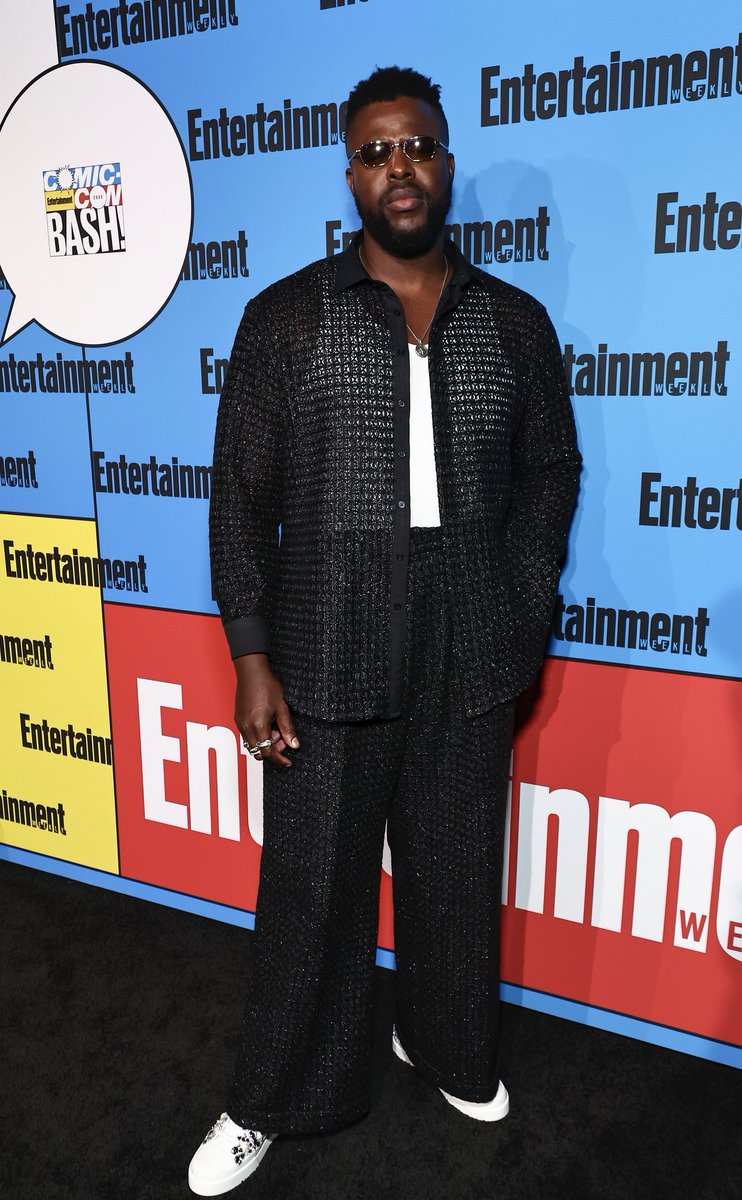 Dominique Thorne, who was also on the Black Panther: Wakanda Forever Hall H stage plays Riri Williams aka Iron Heart. In the Wakanda Forever trailer, she cuts an iron heart out of a sheet of iron metal, presumably for part of her costume. Is Riri an MIT student visiting Wakanda via Wakanda’s educational program hinted at the end of the Black Panther movie? Why does she make an iron heart instead of vibranium in Wakanda? Will she be more influenced by Tony Stark, or Wakanda? Can’t wait for Wakanda Forever release 11/11 to find out! 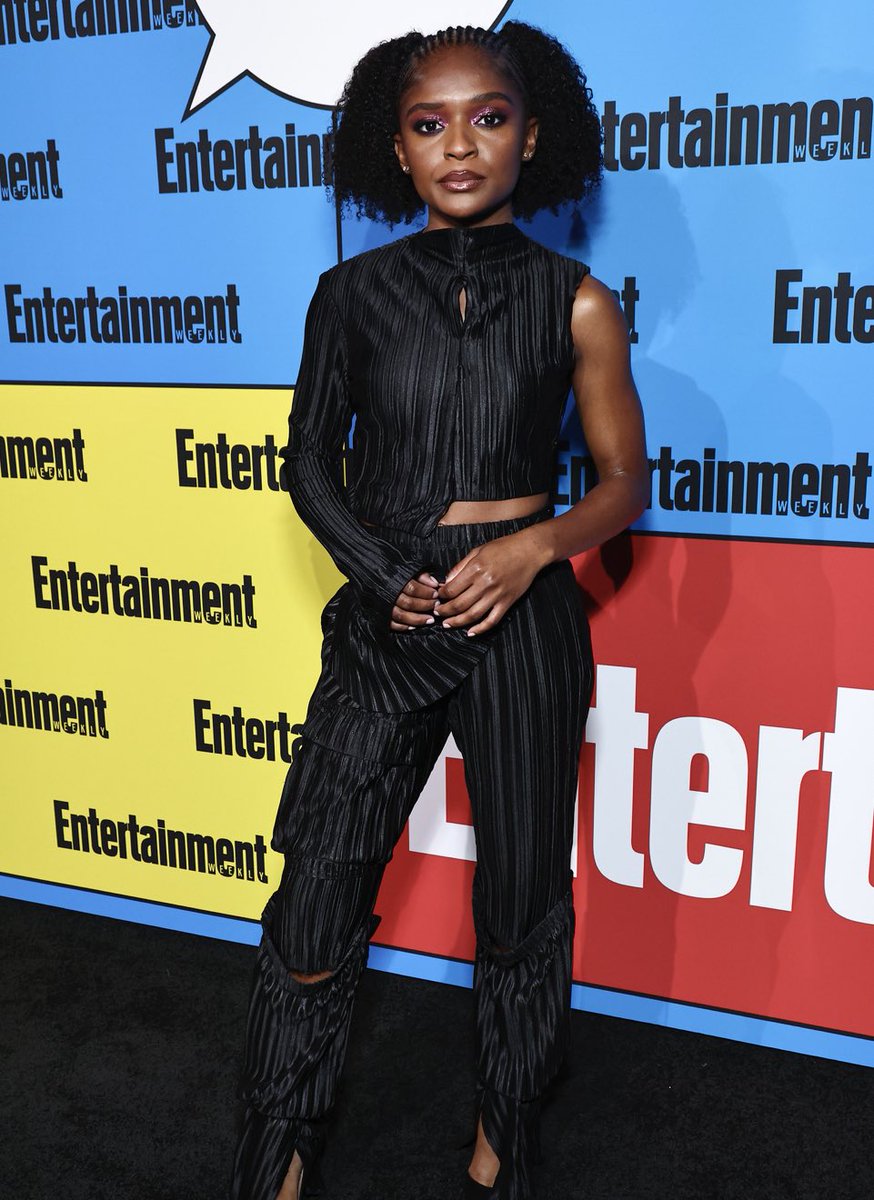 Alex Livinalli, who plays Attuma in  Black Panther: Wakanda Forever was also on stage at Hall H. He joked that the only thing he could say about Wakanda Forever is that “I’m blue!” He plays Attuma, who is a blue Atlantean in the comics. Funko announced an Attuma Pop character at SDCC. He spoke about his experience in this interview with Bionic Buzz correspondent. 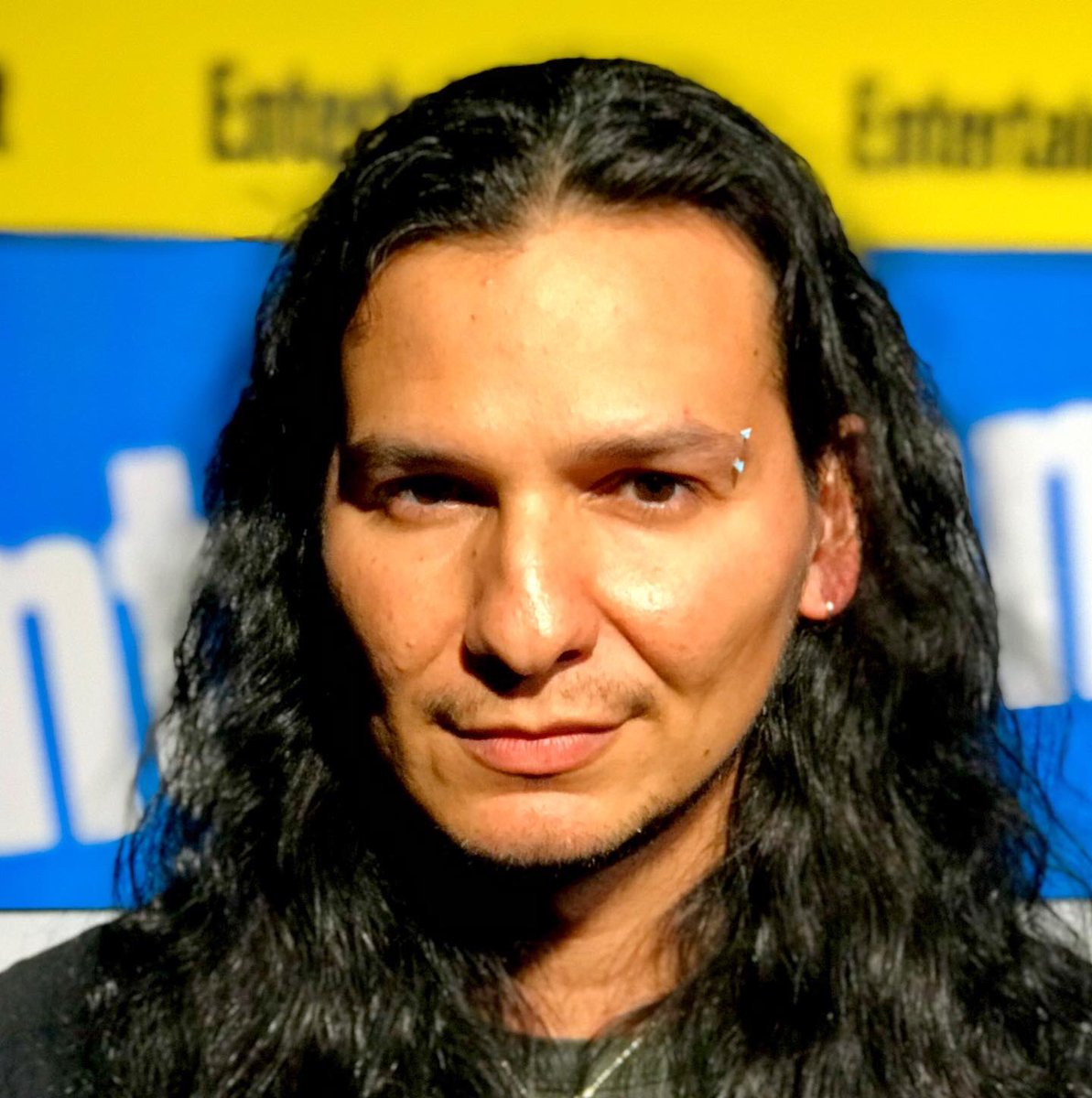 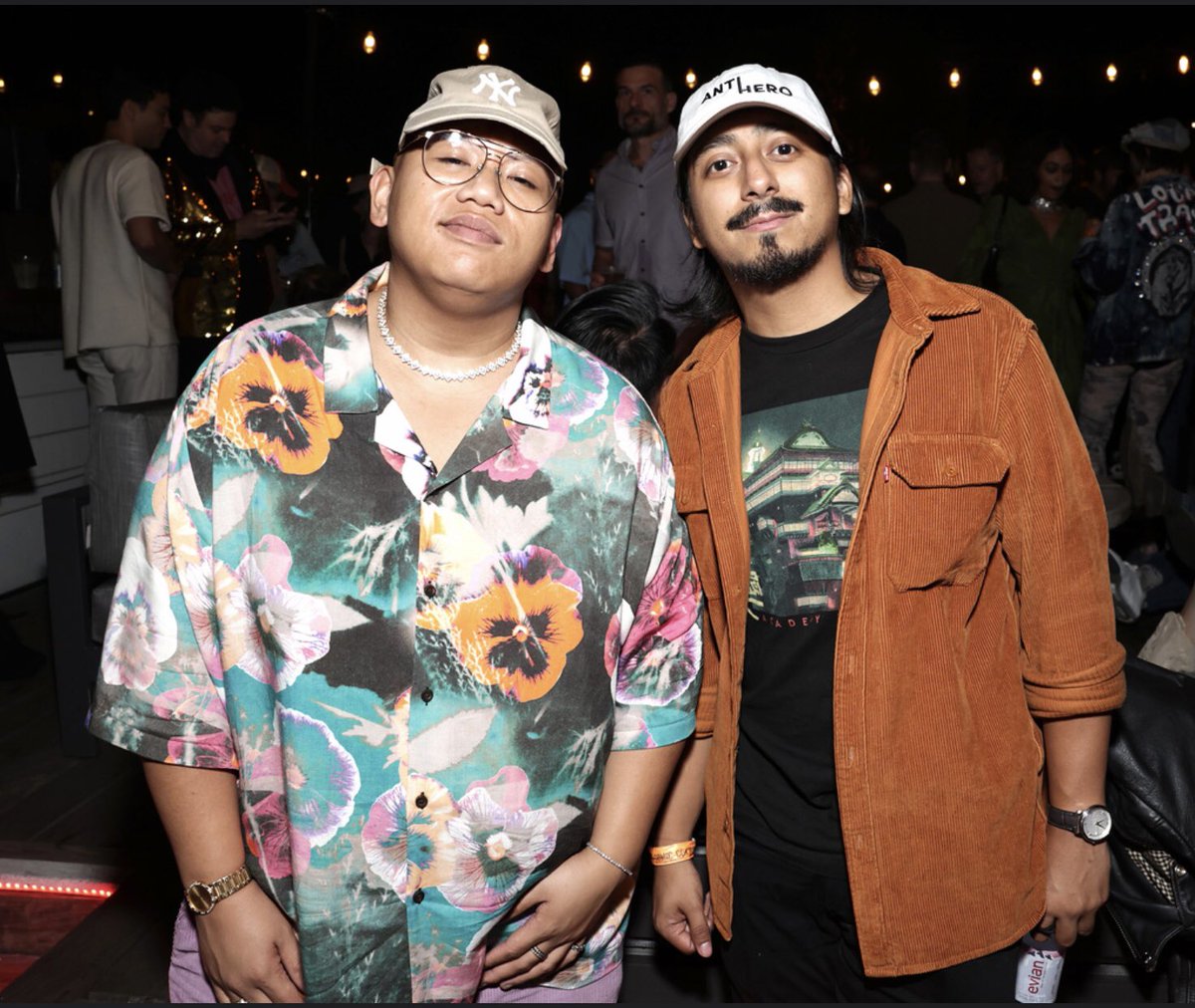 Lauren Ridloff has become a fan favorite for playing deaf character Makkari in Eternals. She is also in The Walking Dead. 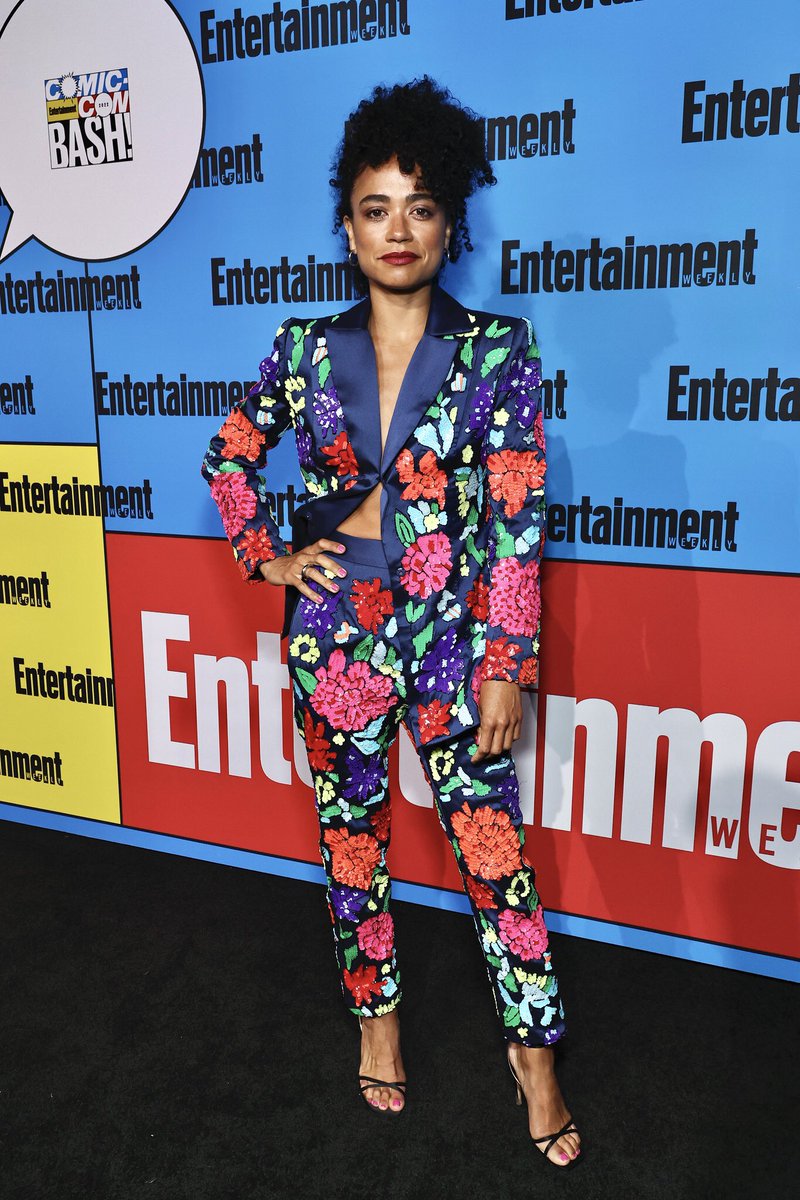 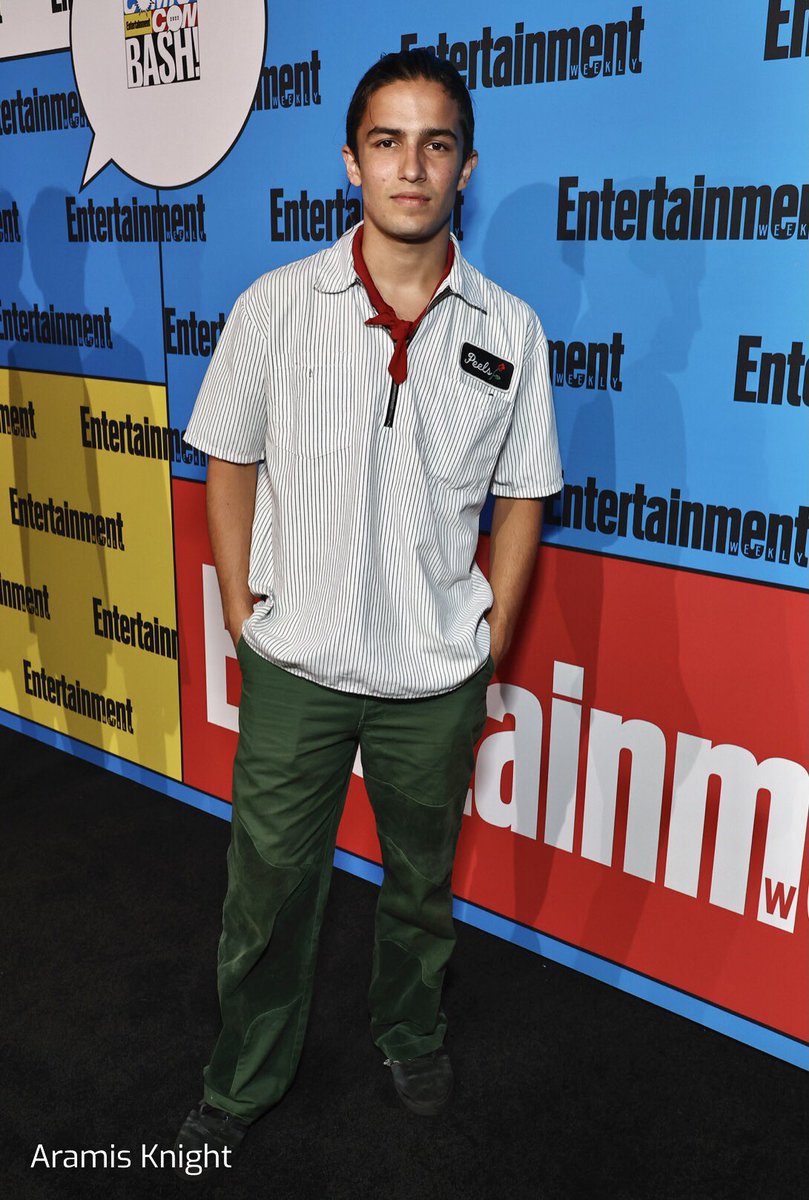 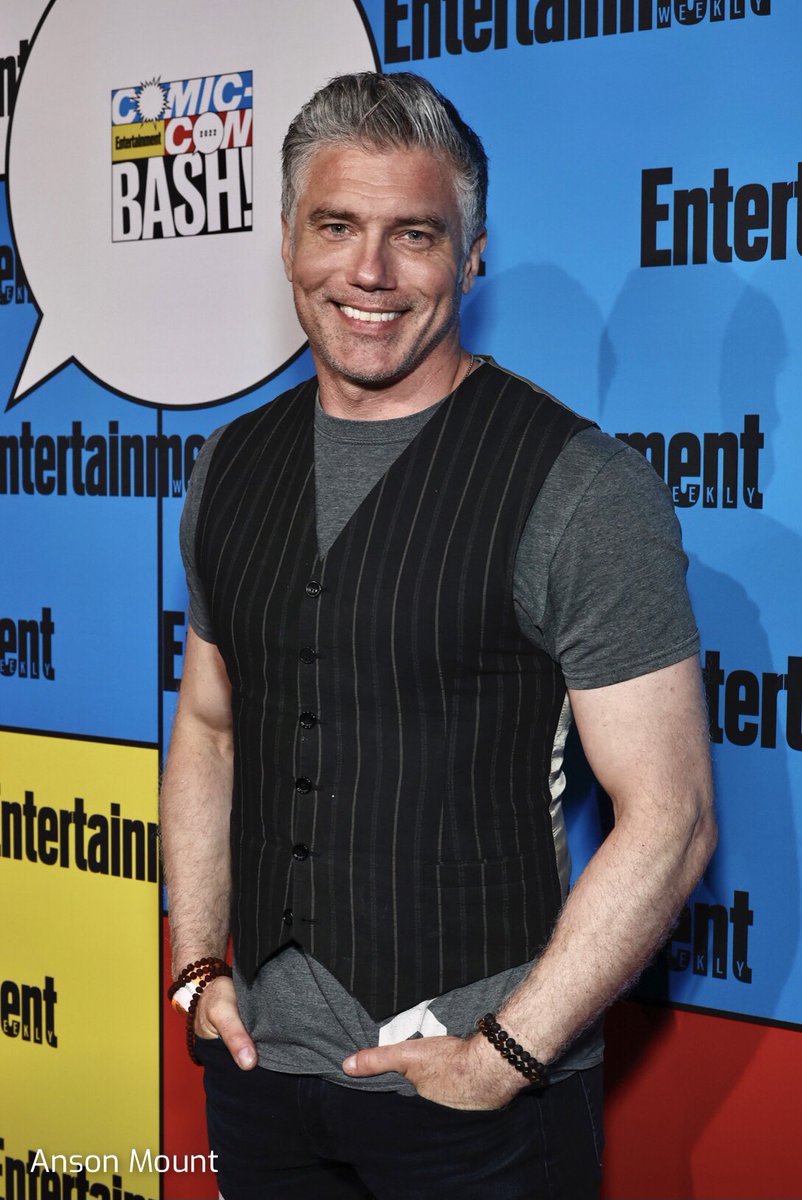 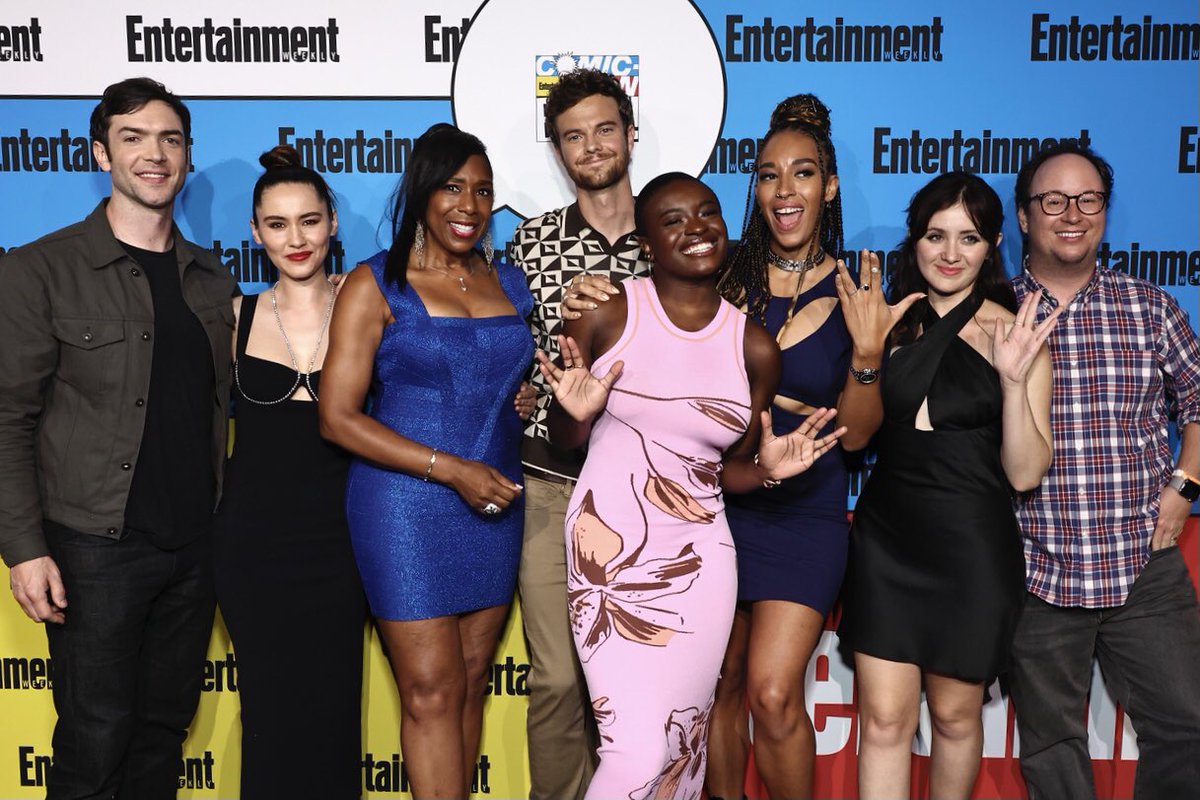 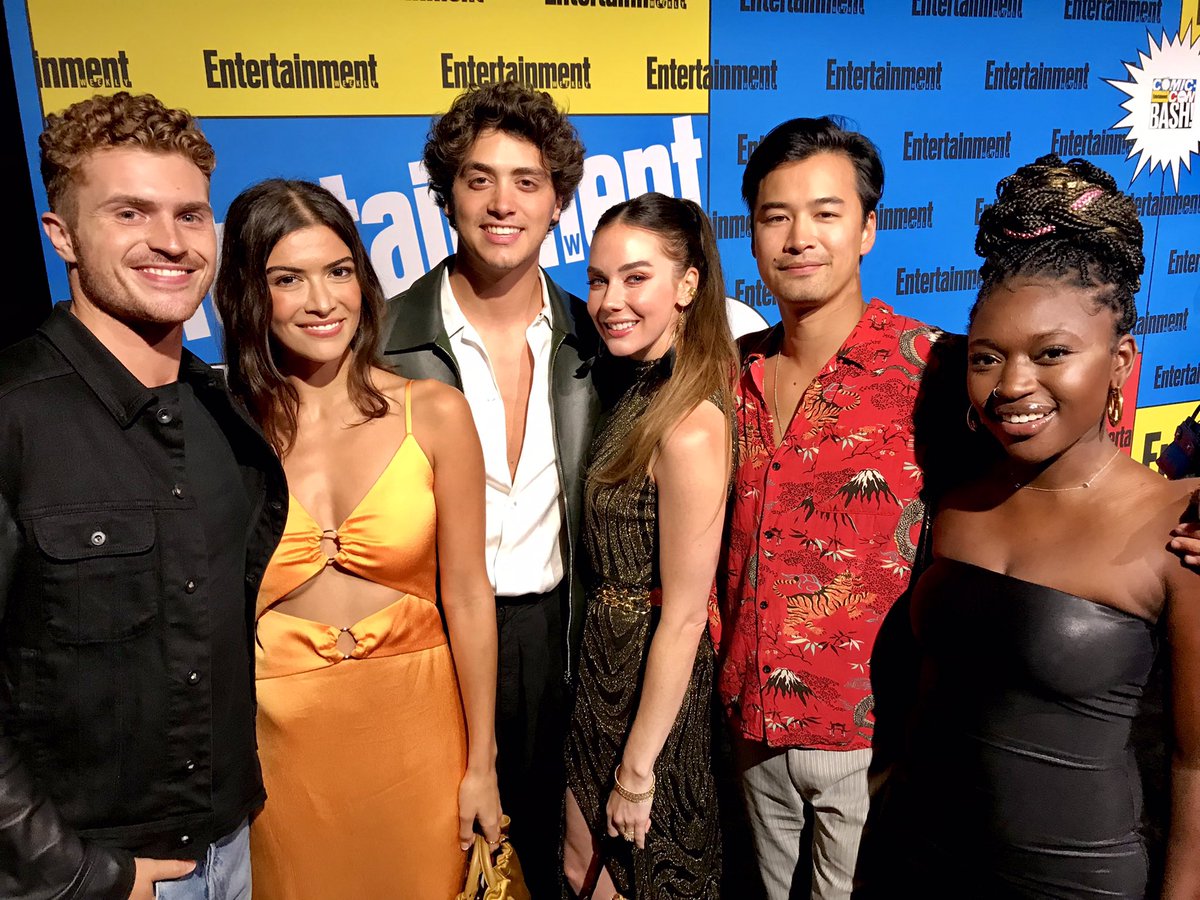 Rob Liefeld, comic book illustrator known for creating Deadpool, Cable, and others during his New Mutants run in the 90s. 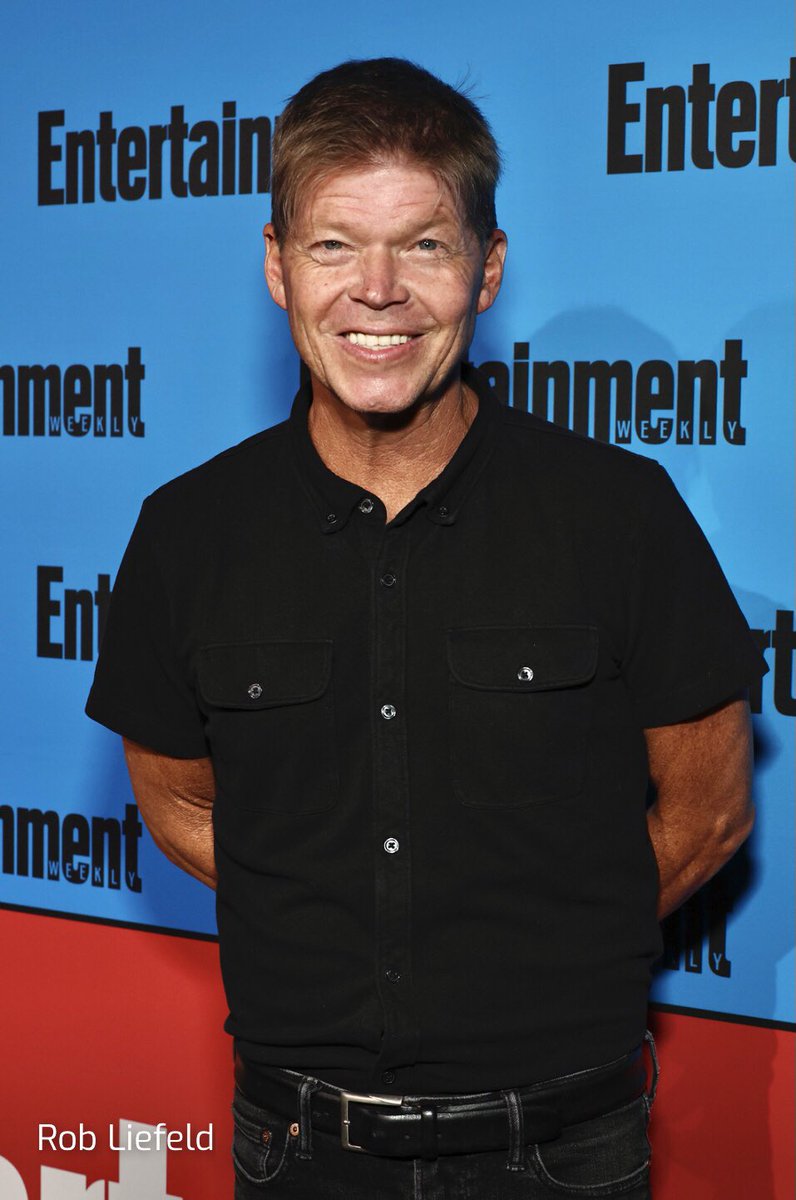 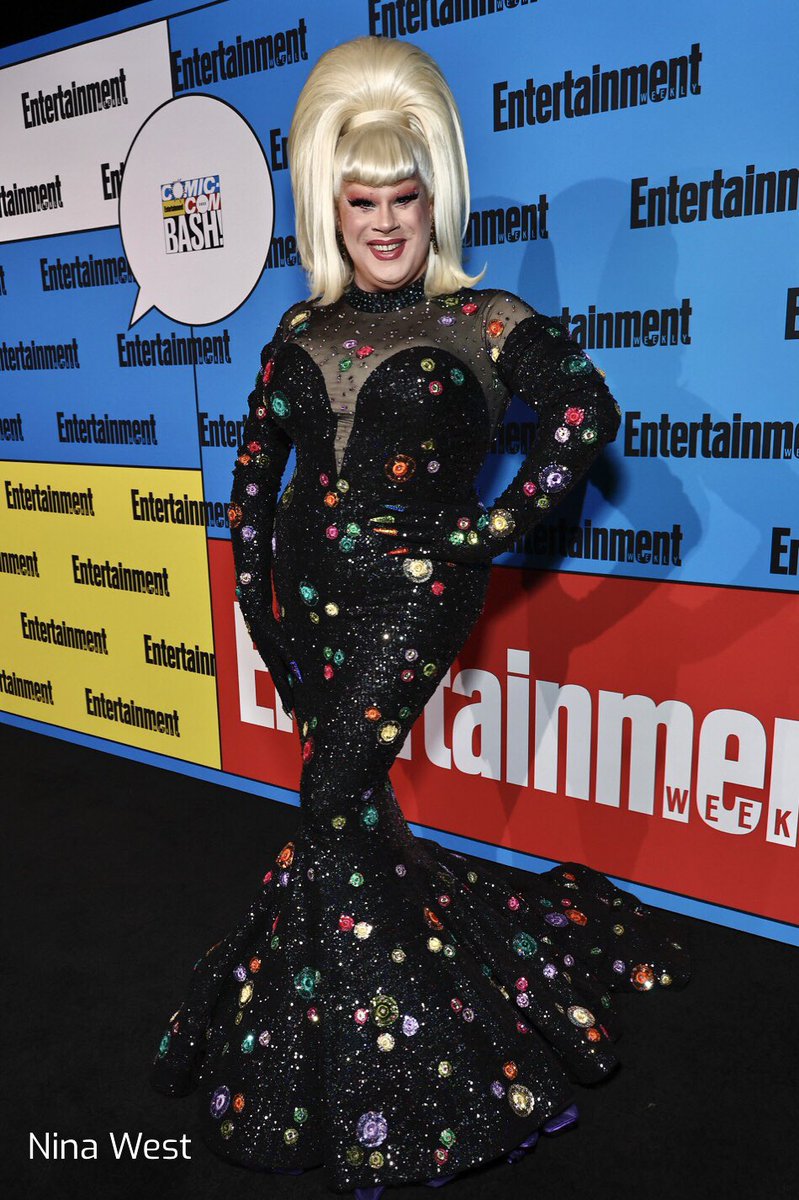 Paper Girls cast arrived and discuss their new show. Paper Girls features four paper delivery girls in the 80s who get caught in a scifi adventure, so it is inevitably being compared to Stranger Things. The show is based on a comic book series released 2015-2019.  Paper Girl premieres July 29 on Amazon Prime Video. 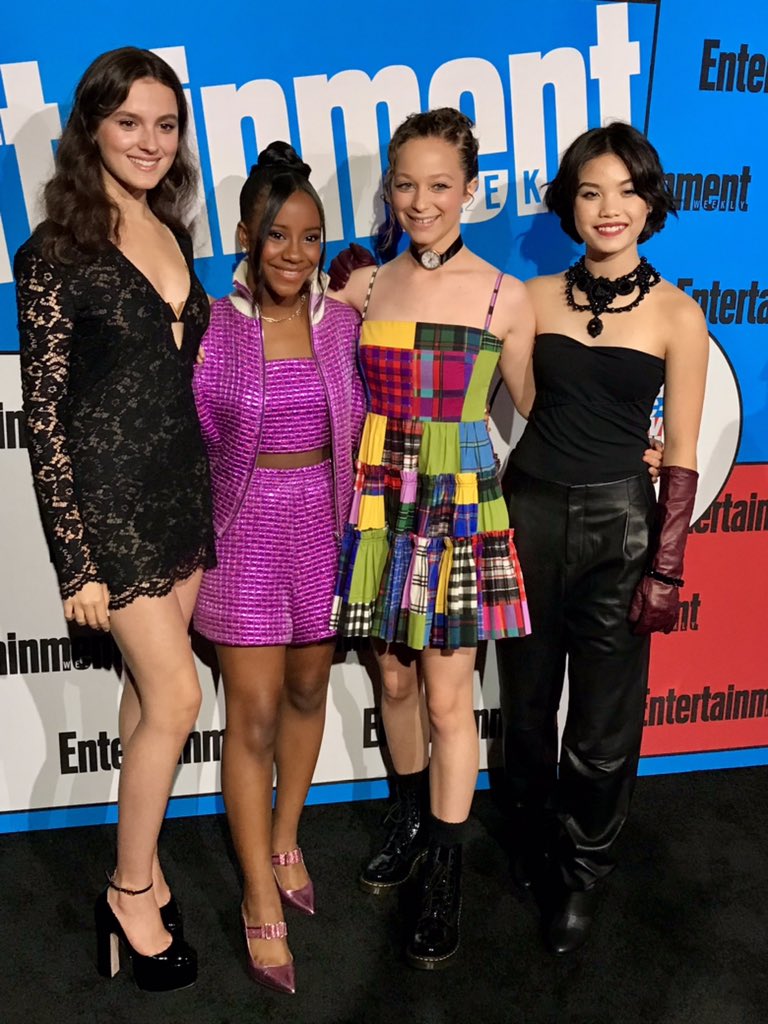 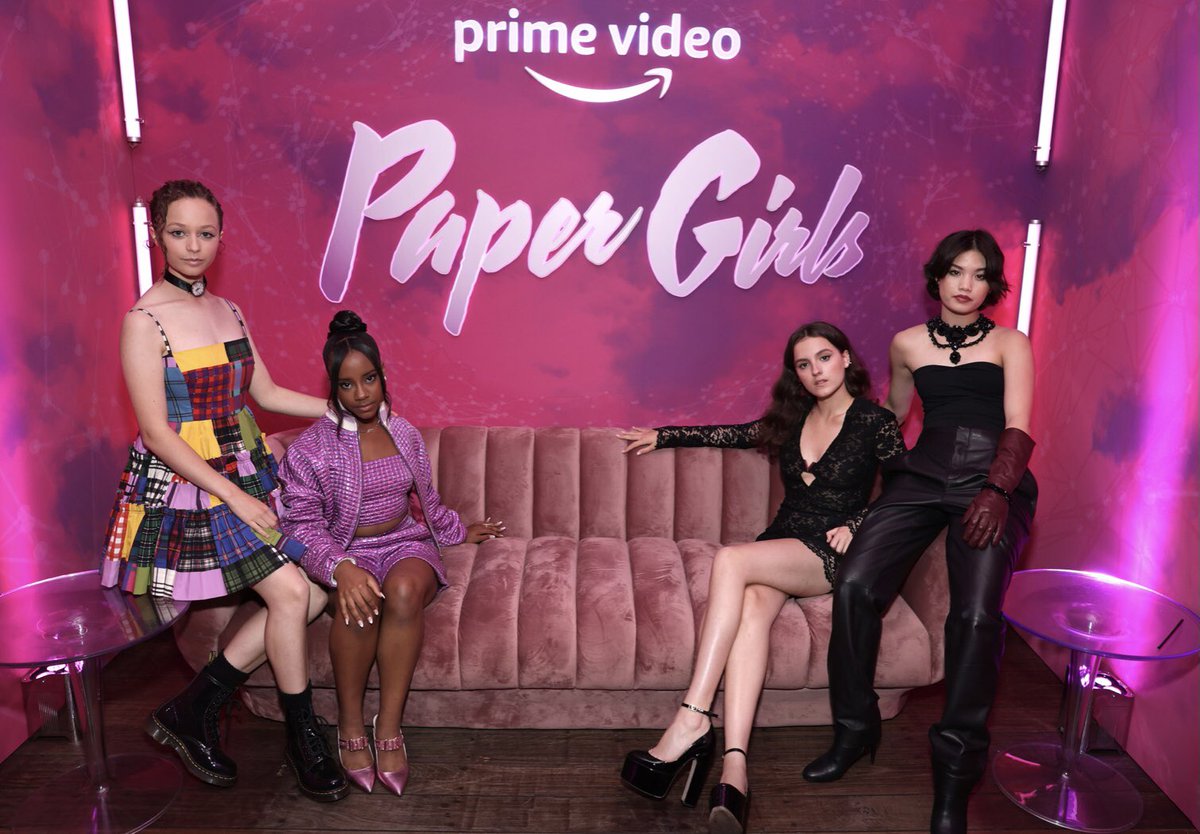