Fortnite hosted a huge party during E3 at the Olympic Coliseum that was EPIC, appropriately enough. 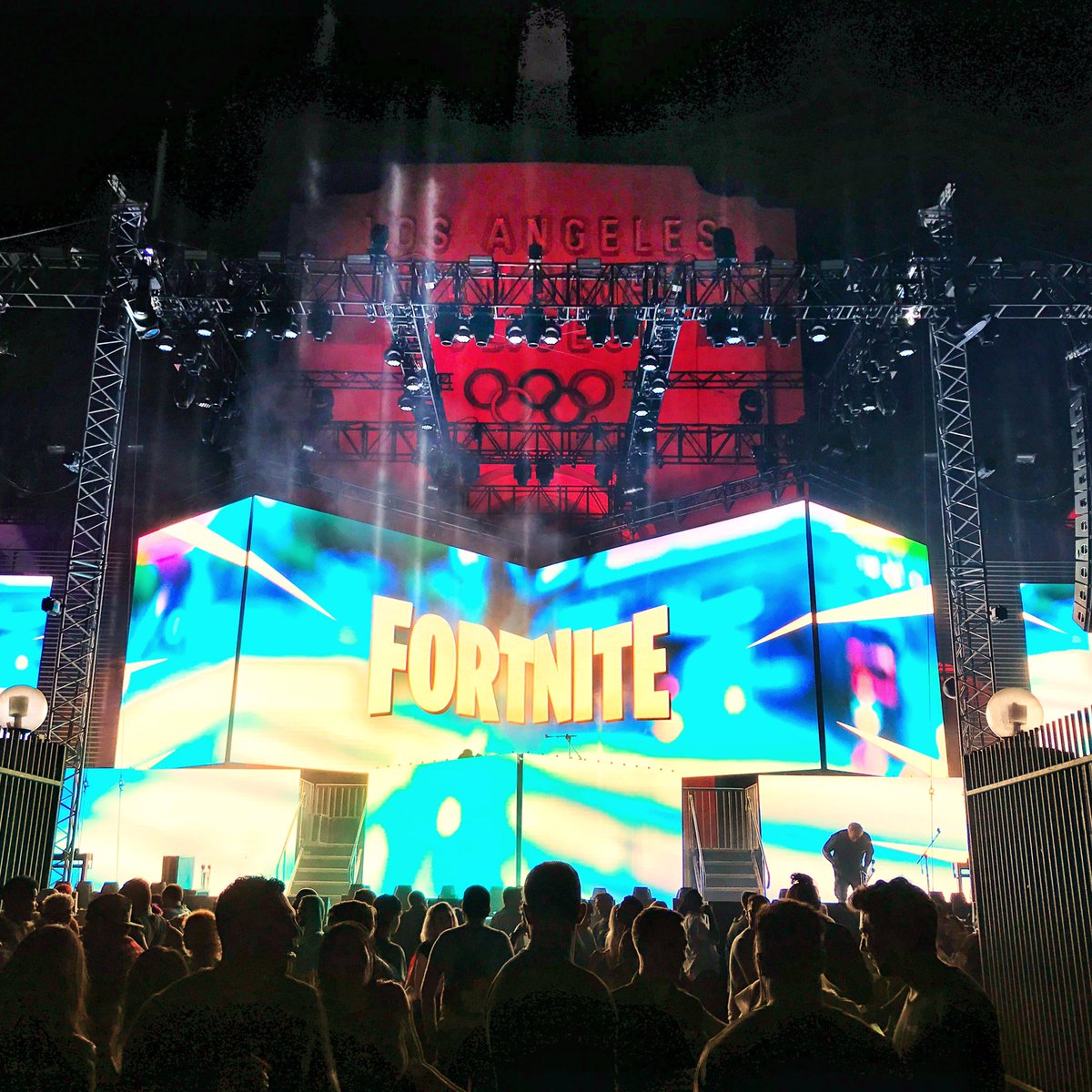 Fortnite Party Royale took over the outside of the Olympic Coliseum, with DJ stage set up right under the Olympic rings. the Olympic torch flame even set afire, amidst waves of undulating laser lights and spotlights from the stage and Coliseum.

Epic said it wanted to host a huge party to thank the fans for the game’s tremendous success. Epic has said the game has reached 125 million players since its launch in July 2017.  That’s more than Riot Games’ League of Legends, which has reported 100 million monthly players in 2016.

The party wrapped around the outside of half the Coliseum, with game kiosks, photo opps, and food. 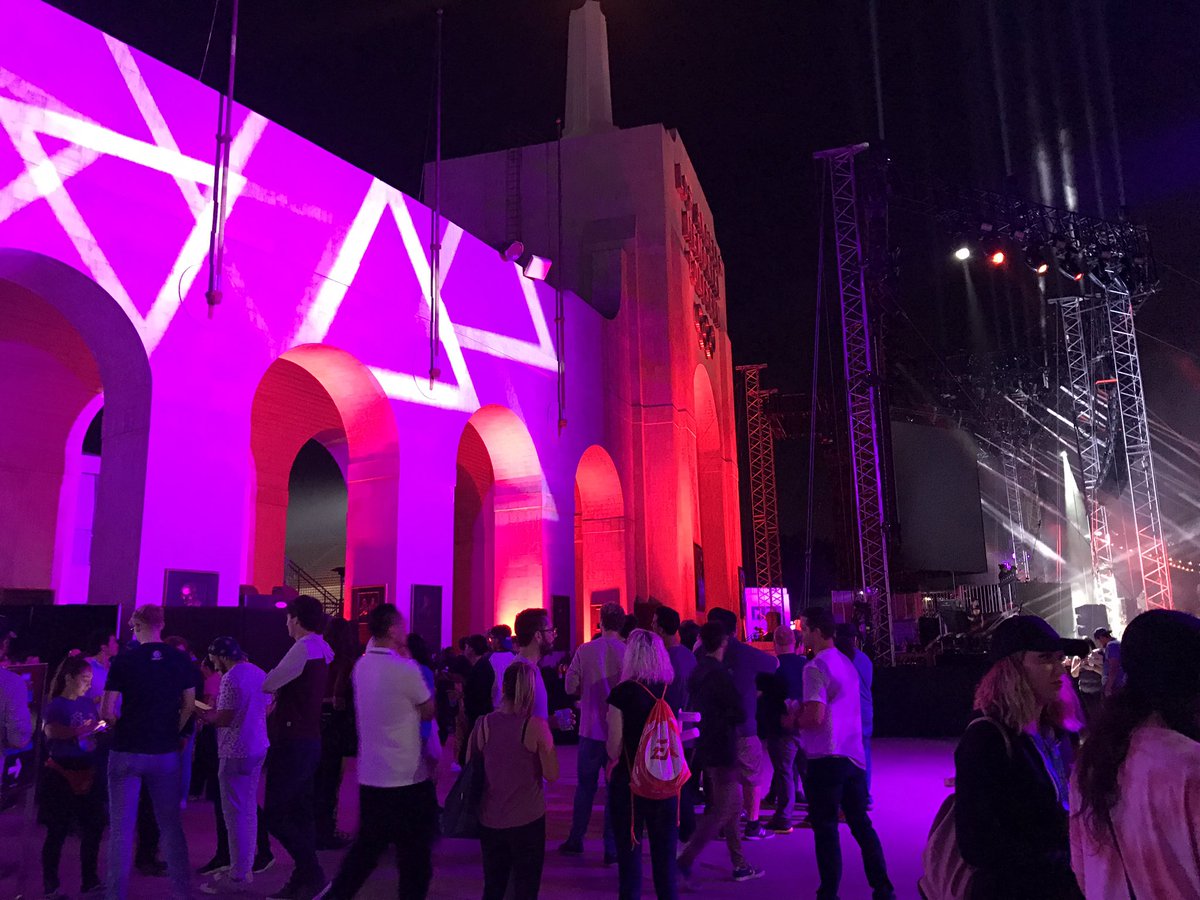 Set pieces from the game including giant treasure chests, and stacks of hay. 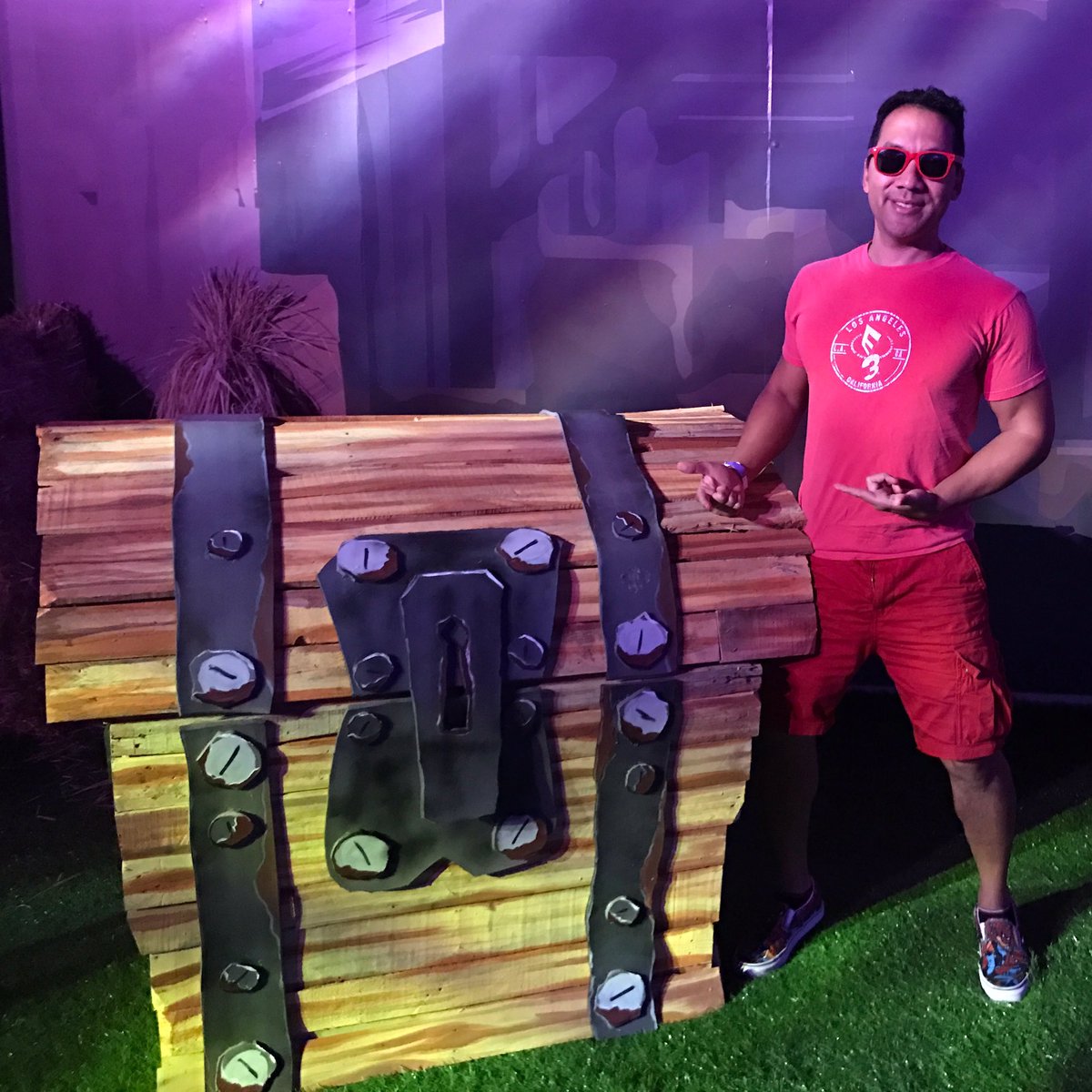 Attendees playing games or getting food could receive enough stickers to unlock the grand prize.

The purple carpet featured photo opps with a tree. 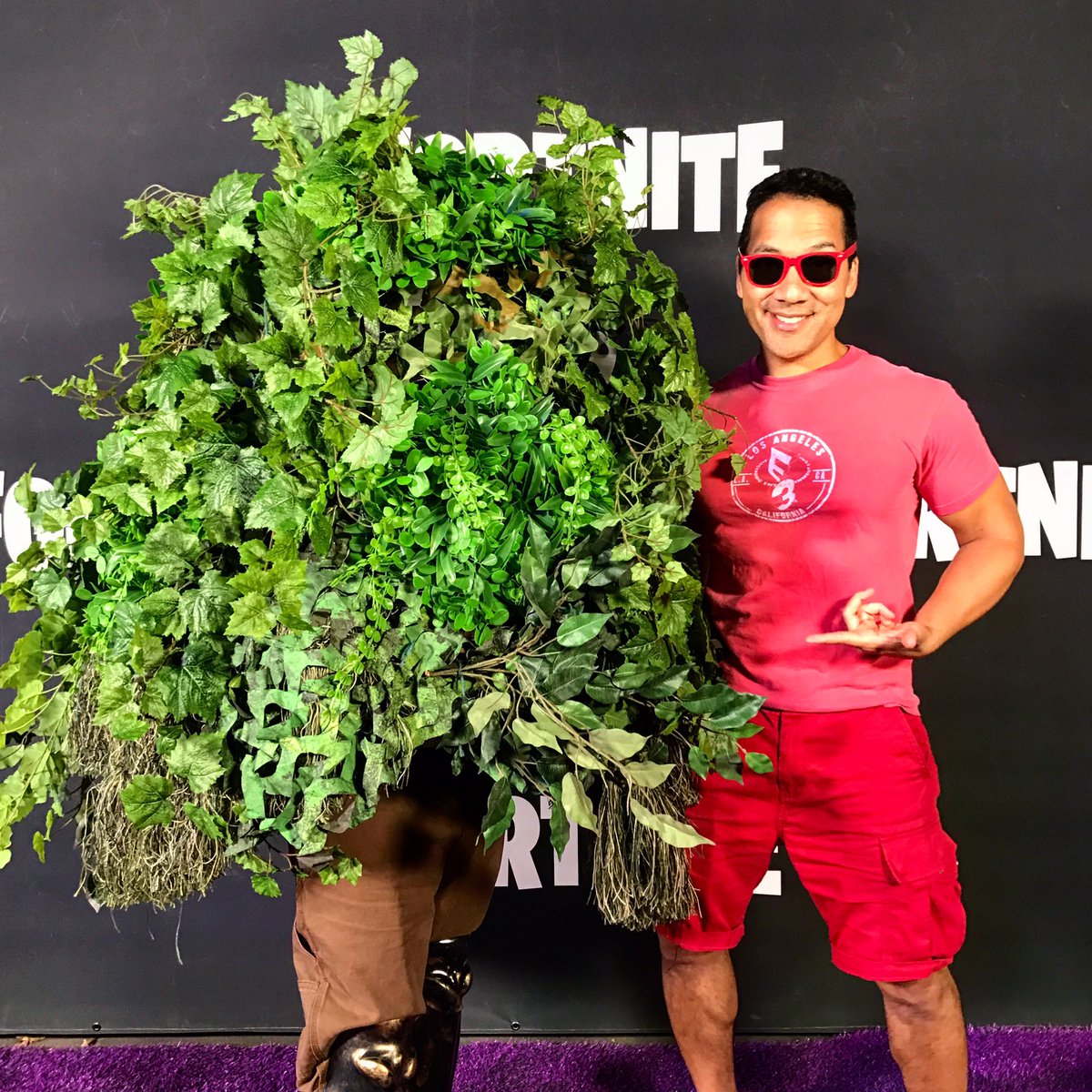 You can also take pics with – and ride – the piñata, a reskinned bucking bronco machine. 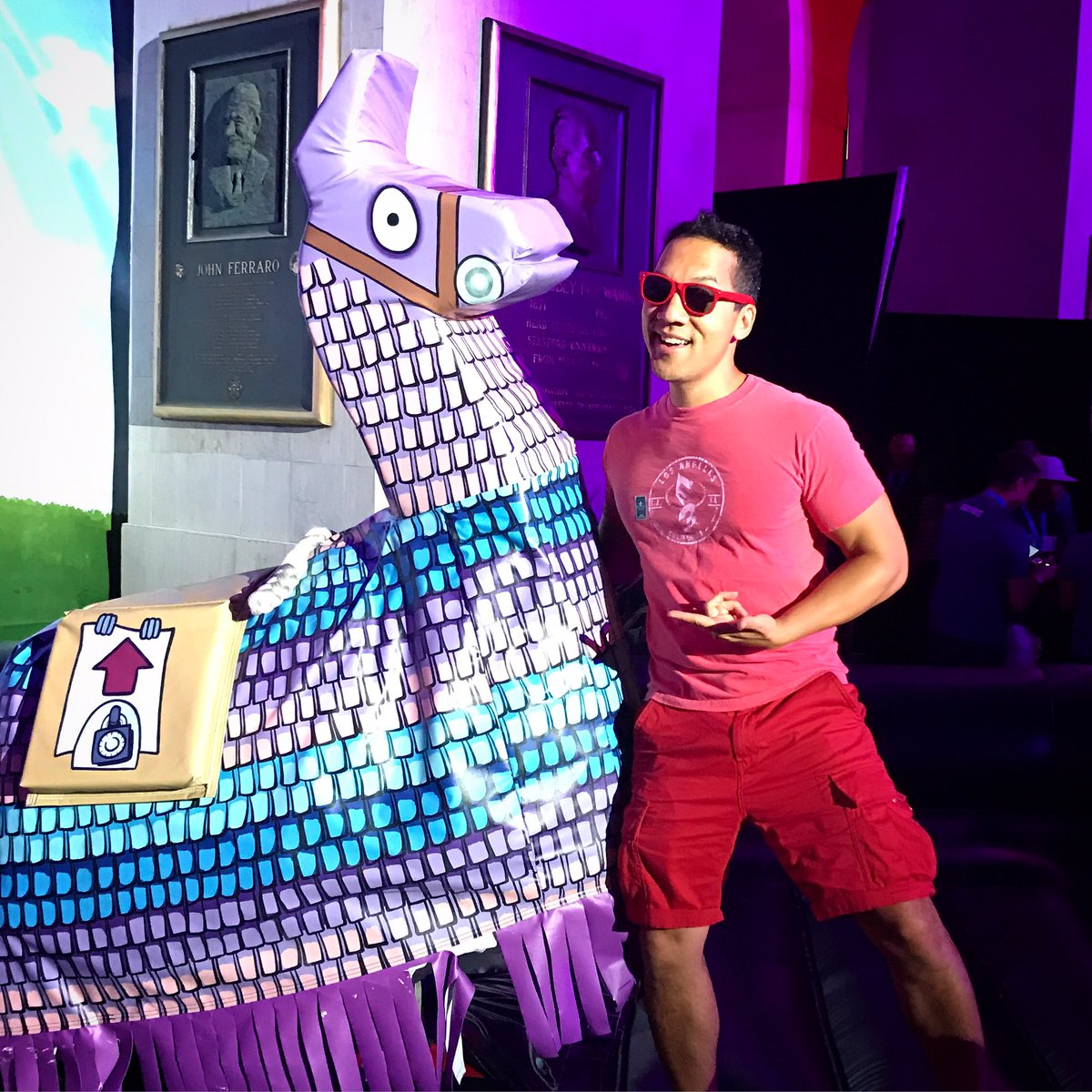 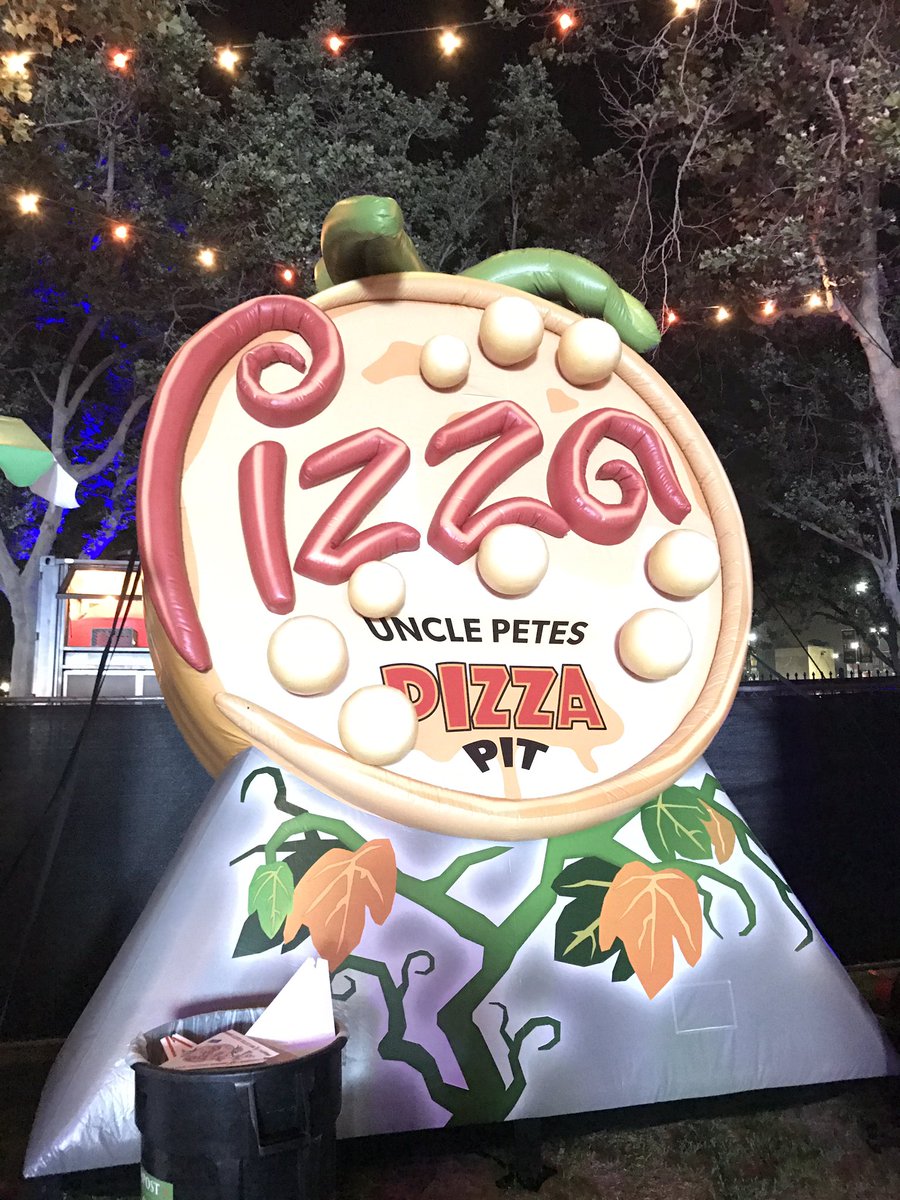 pretzel bites, Belgian waffles, and Durr Burgers (supplied by a team of a half dozen In-And-Out trucks in back). 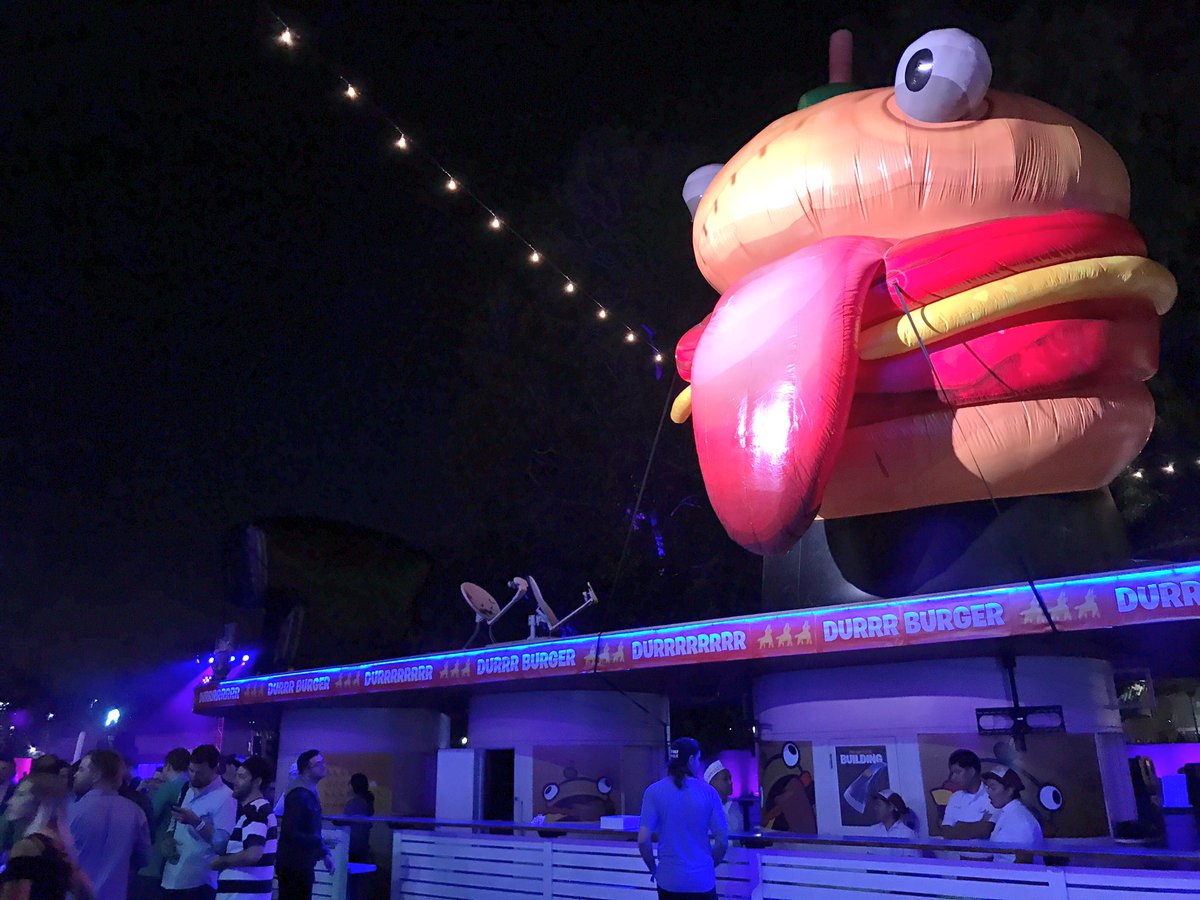 The campfire lounge area featured campfire charging stations with bean bags, so you can sit to recharge your phone, and watch what was going on stage on the big screen. 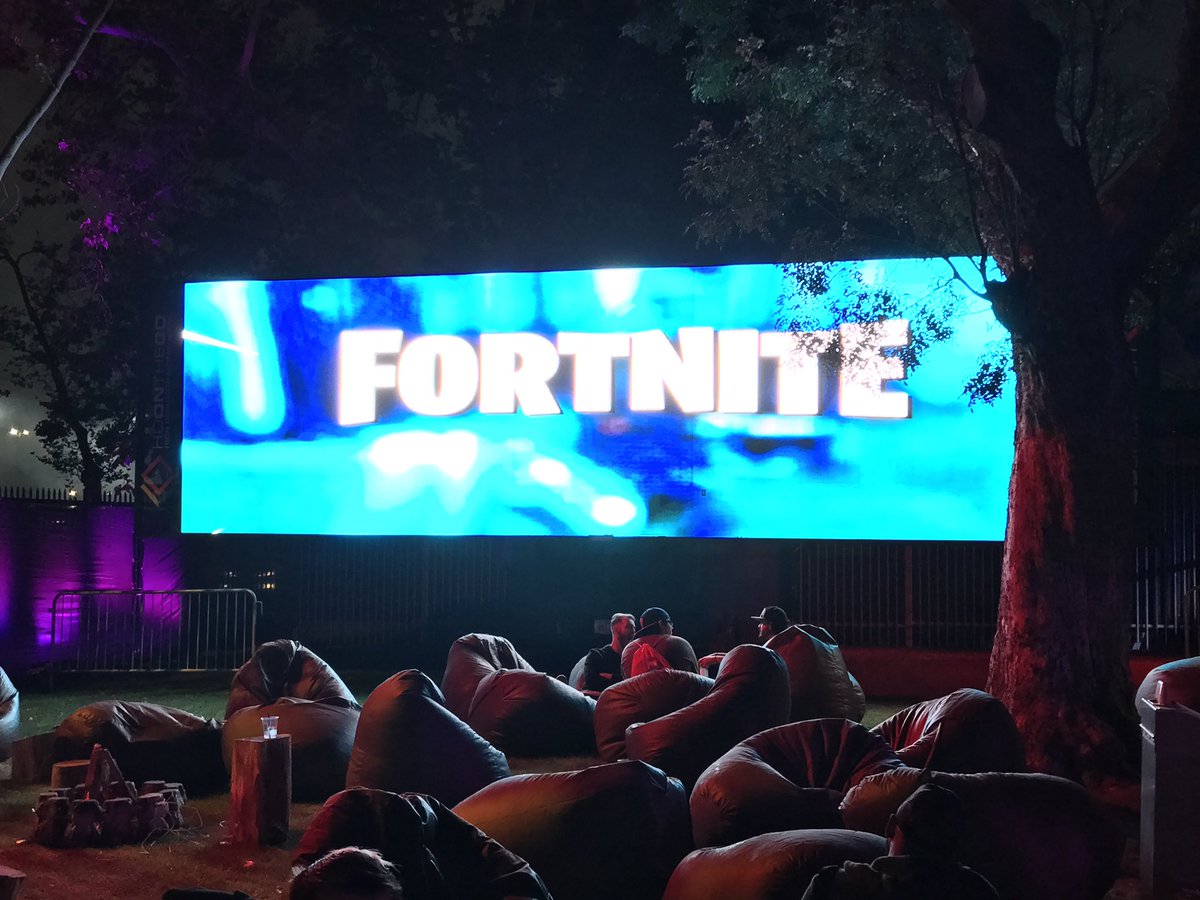 ALL CONFERENCES need to have beanbag campfire charging stations so you can (appear to) be social while charging in a circle. 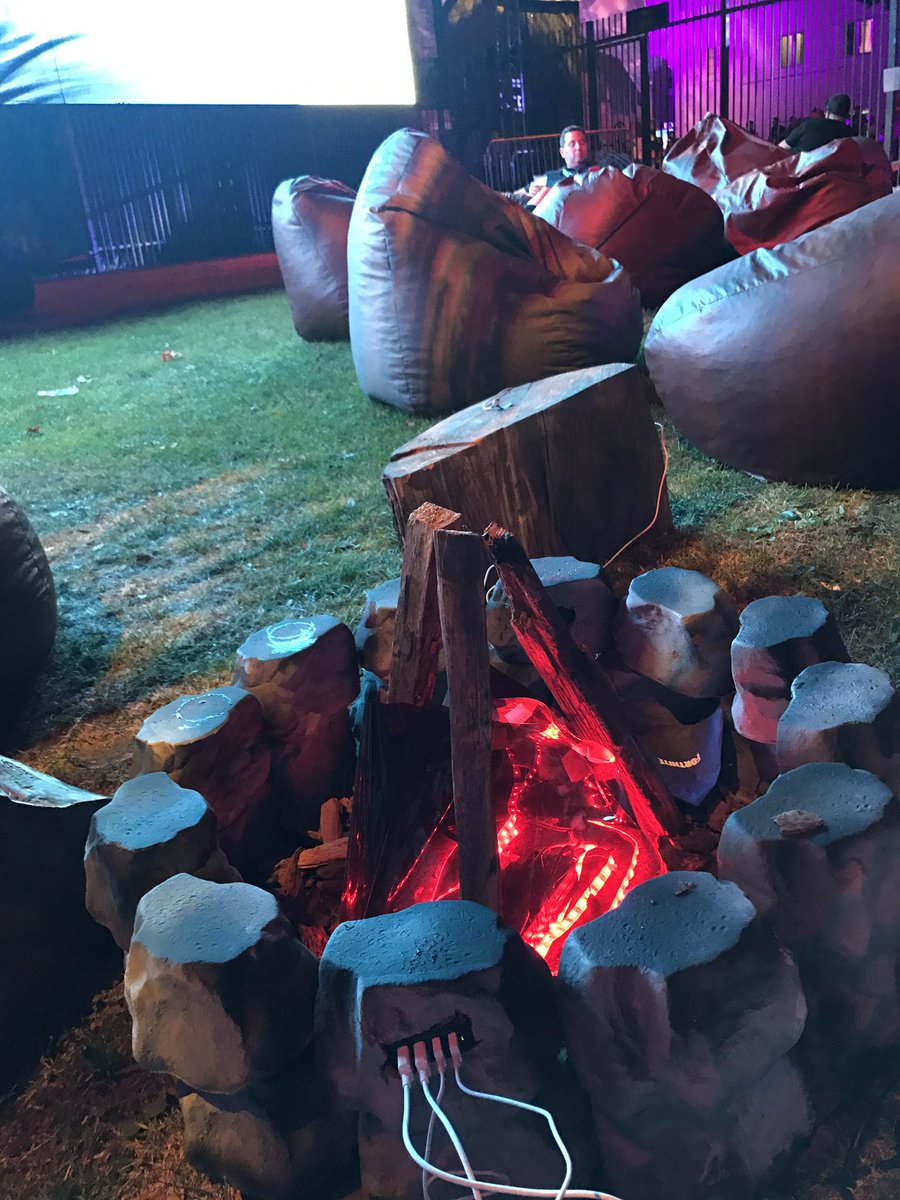 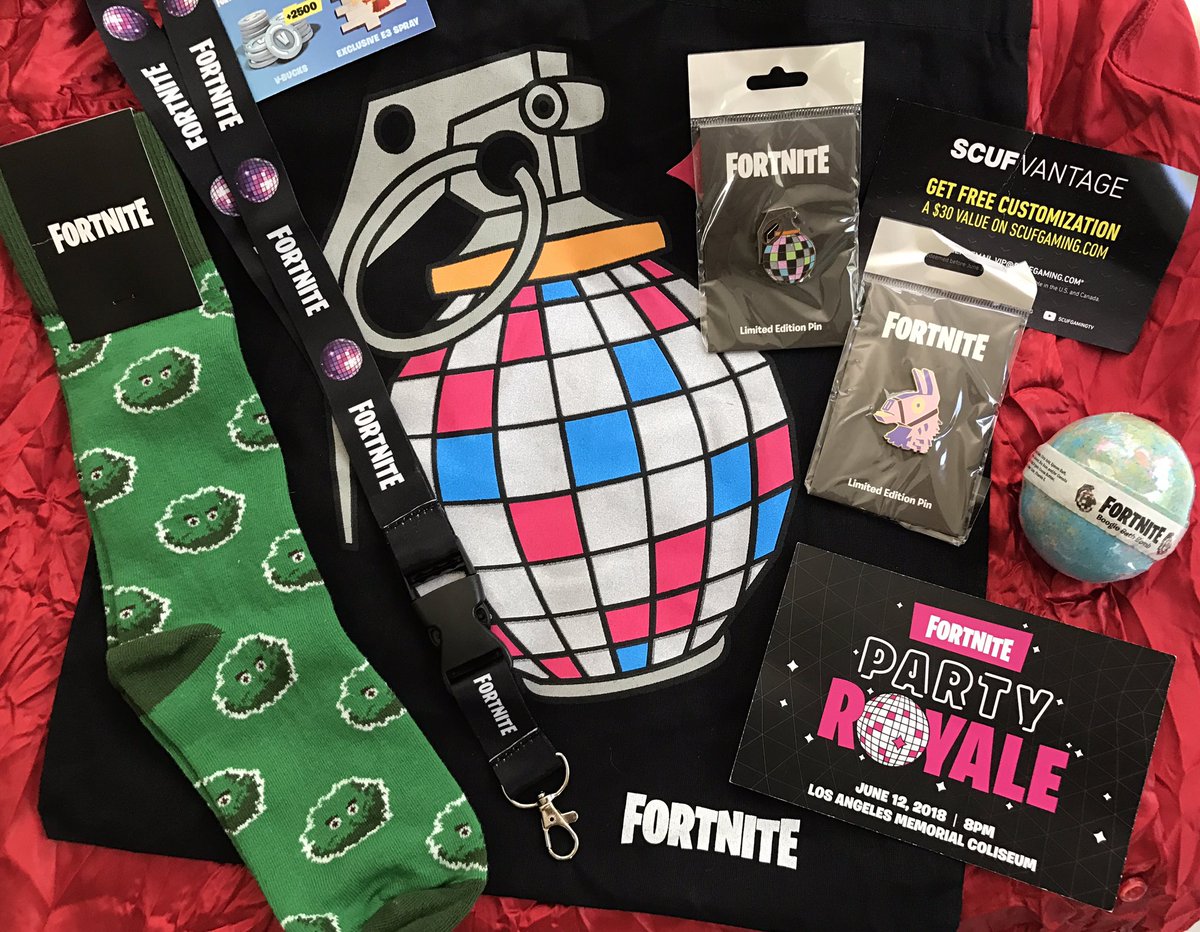 Even the bathrooms were themed! 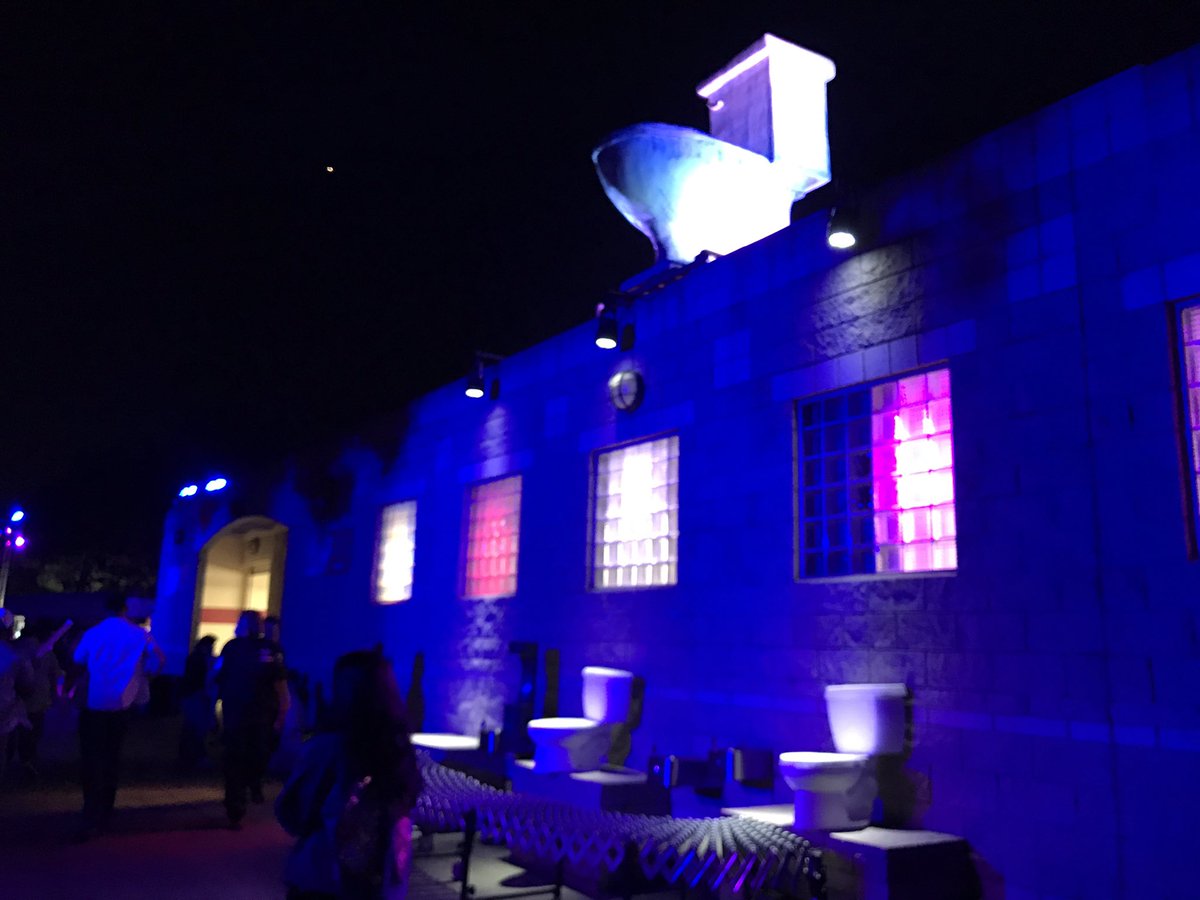 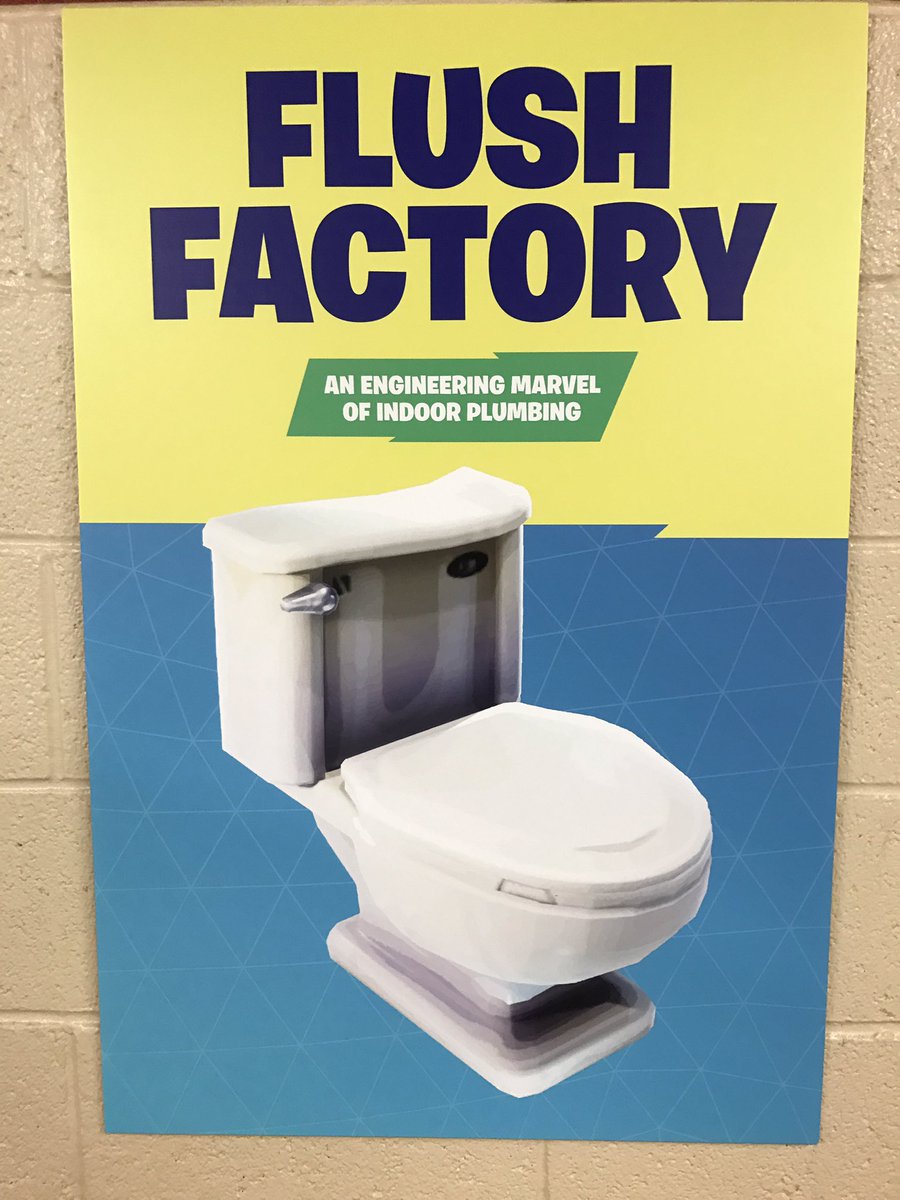 The Party Royale was the after-party for the first Fortnite Pro-Am sports competition, held earlier that day, June 12. At the competition, 50 celebrities paired with 50 top streaming players to compete for $3M prize pool to be given to the winning team’s charities. Player Ninja and teammate Marshmello won the event. 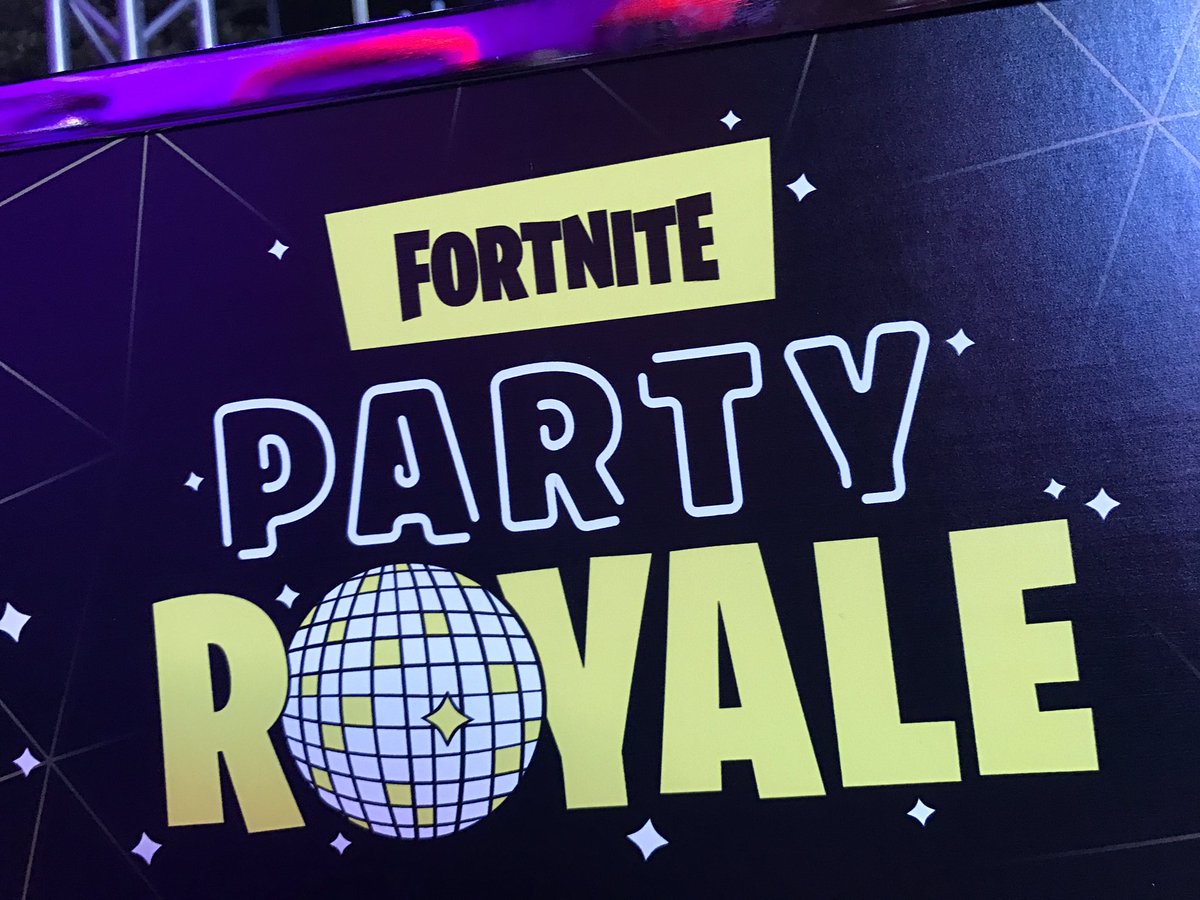 About Fortnite, and why it’s so popular so fast

Epic’s Fortnite Battle Royale game has exploded in popularity with more than 125 million players since release last year. In the multiplayer sandbox survival game, you skydive from a floating Battle Bus onto an island with 100 other people. You collect weapons and shields, and attempt to be the last player alive by killing or evading other players in a shrinking safe zone. You can also break objects in the game down into wood, stone, and metal, which you can use to build walls, structures and temporary bases to protect yourself, a feature borrowing from Minecraft’s creativity and world-construction.

You can buy equipment upgrades via V bucks; these microtransactions are how they game makes money.

The game is popular because it’s free, and cross-platform: you can play between your phone, Playstation 4, Xbox One, Nintendo Switch, and PC. Unlike most open world games which can seem to last forever, the shrinking safe zone is an automatic ticking time clock that encourages interaction and build up to a suspenseful finale.