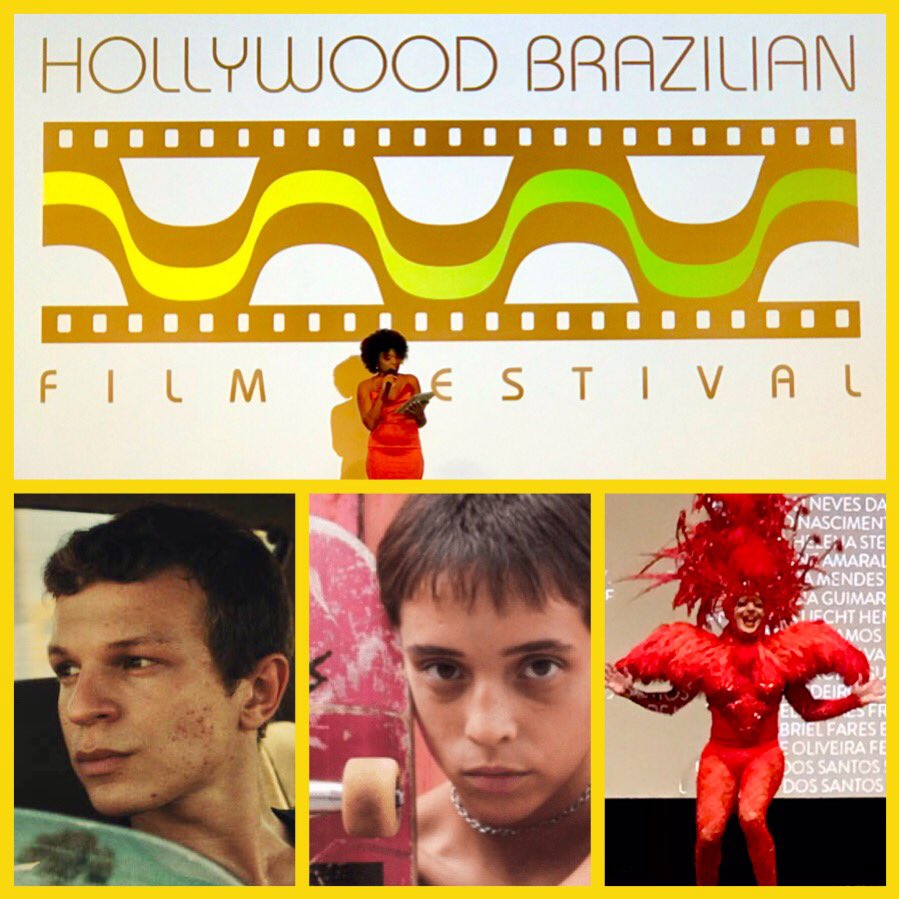 The festival kicked off opening night with a film and reception at the Fine Arts Theatre on November 19 in Beverly Hills. 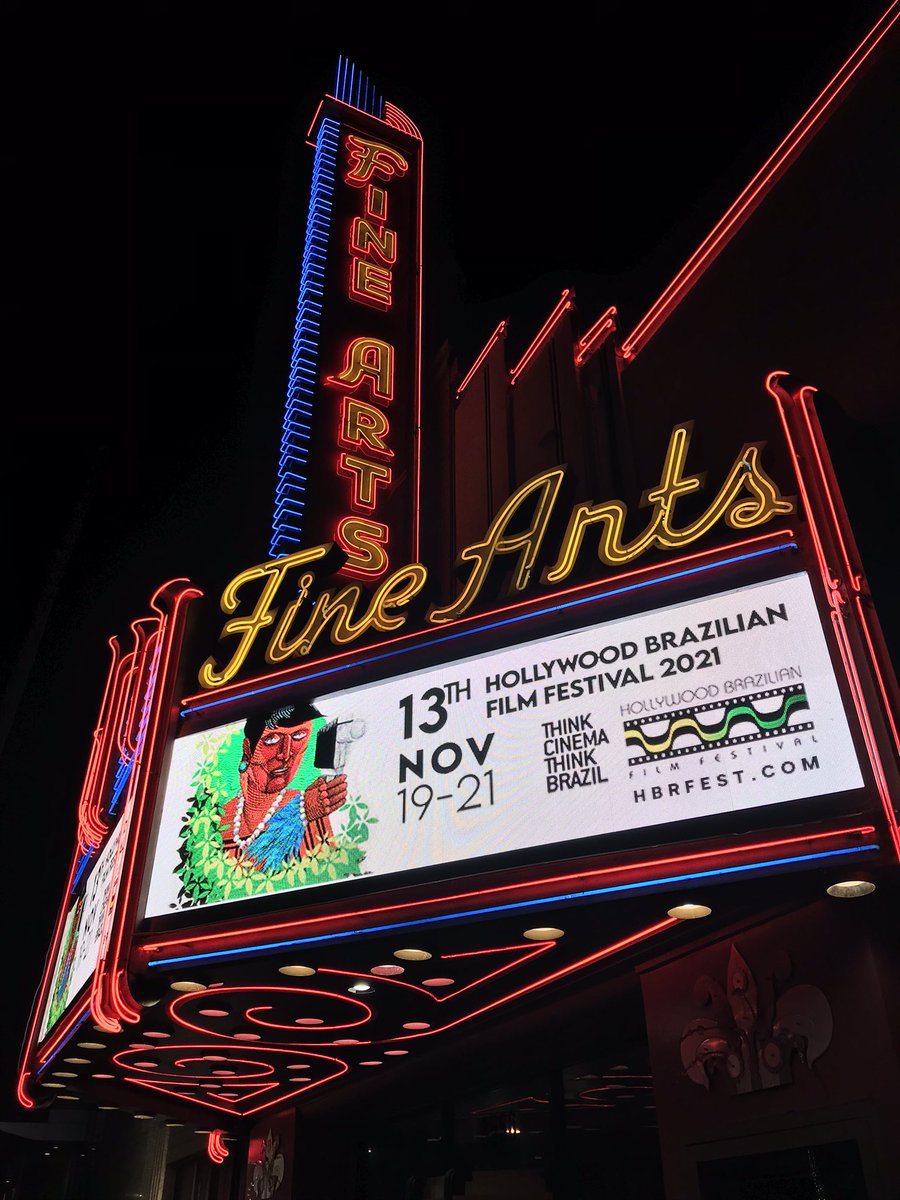 The filmmaker founder introduced the festival, established to promote Brazilian film and filmmakers, and as a reminder to Hollywood that Brazilians are Latinos too – remember their actors, directors, and stories. 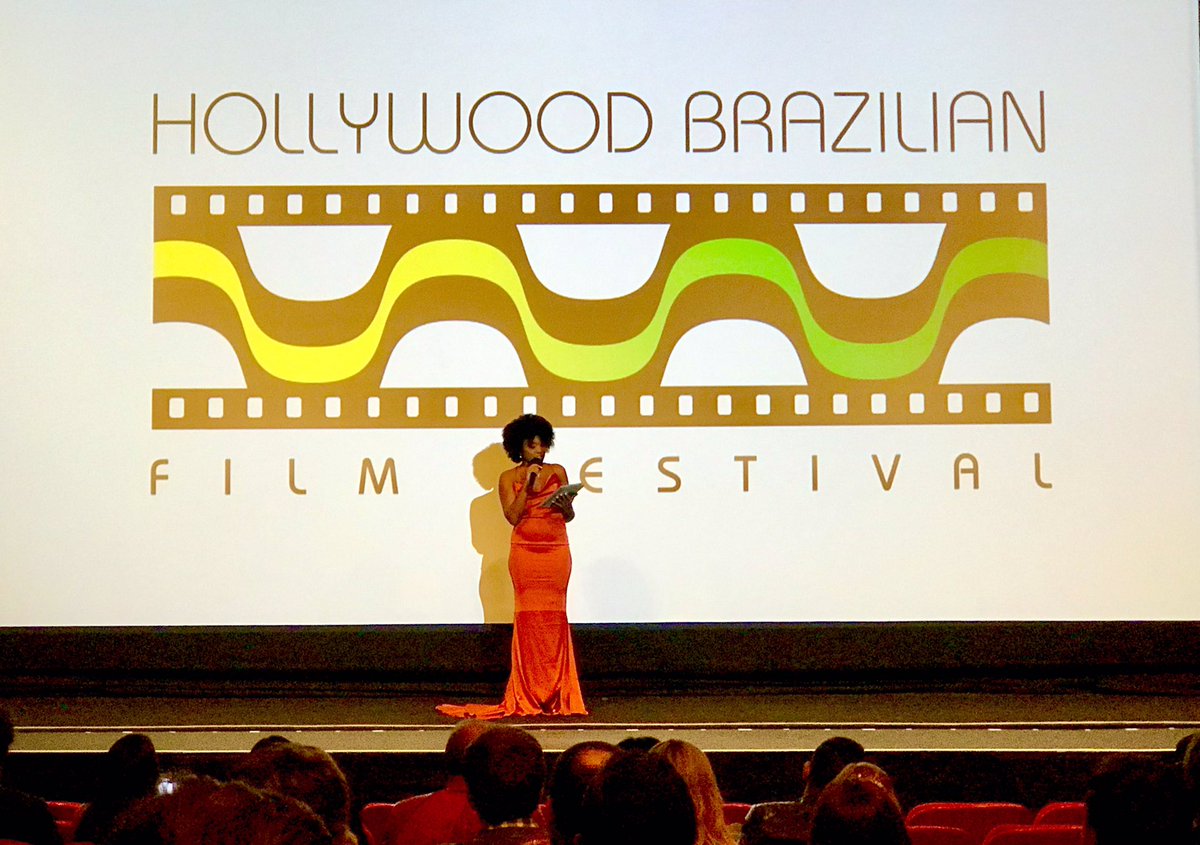 “I am thrilled and honored that the festival is able to showcase the best in Brazilian cinema and portray the magnificent and complicated facets of the Brazilian people,” said Talize Sayegh, founder of the Hollywood Brazilian Film Festival. “The festival also provides an opportunity to remind U.S. audiences that Brazilian filmmakers are a part of the Latinx community and should be included in the conversation.” 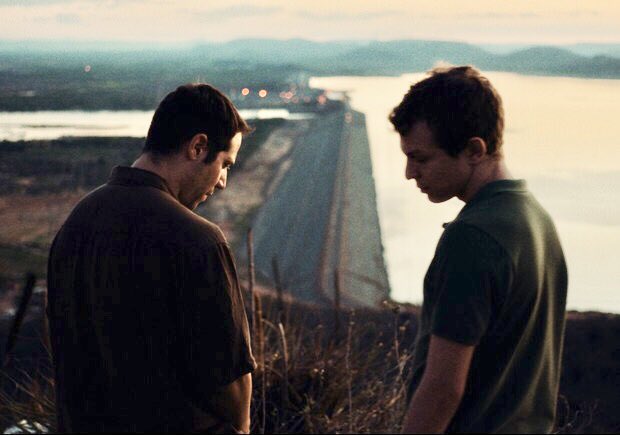 The opening film is Private Desert. It was selected as the Brazilian entry film for the Oscar’s Best International Film in 2022. The film, produced by Grafo Audiovisual and Fado Filmes, had its World Premiere in Venice where it won the People’s Choice Award.

Private Desert is the story about a suspended cop who meets Sara online, develops a relationship, and travels across Brazil to meet Sara, to discover Sara is non-binary, a subject not typically seen in mainstream American films. As the couple meets and falls in love, the two must face their own attitudes and acceptance of their feelings, amidst the family, town and church’s varying levels of support to disapproval.

The film received a standing ovation.

After the film, in the Q&A, the director Aly Muritiba said it was especially meaningful to him to show a loving queer relationship, especially considering his past films showed some violence. The film’s representing Brazil at the Oscars is an especially strong statement, considering Brazil’s conservative President’s oppressive anti-LGBT statements and legislation sparking anti-LGBT sentiment in the country.

The director also said it was very important for him to cast a non-binary person as the non-binary character. They eventually found non-binary actor Pedro Fasanaro to play the role. Pedro helped bring their perspective to the role, adding some things to the script to make it more authentic, and to give their character more agency.

After the film and Q&A, attendees went next door to the after-party reception with dancing, and gift bags with T-shirts with the festival logo. 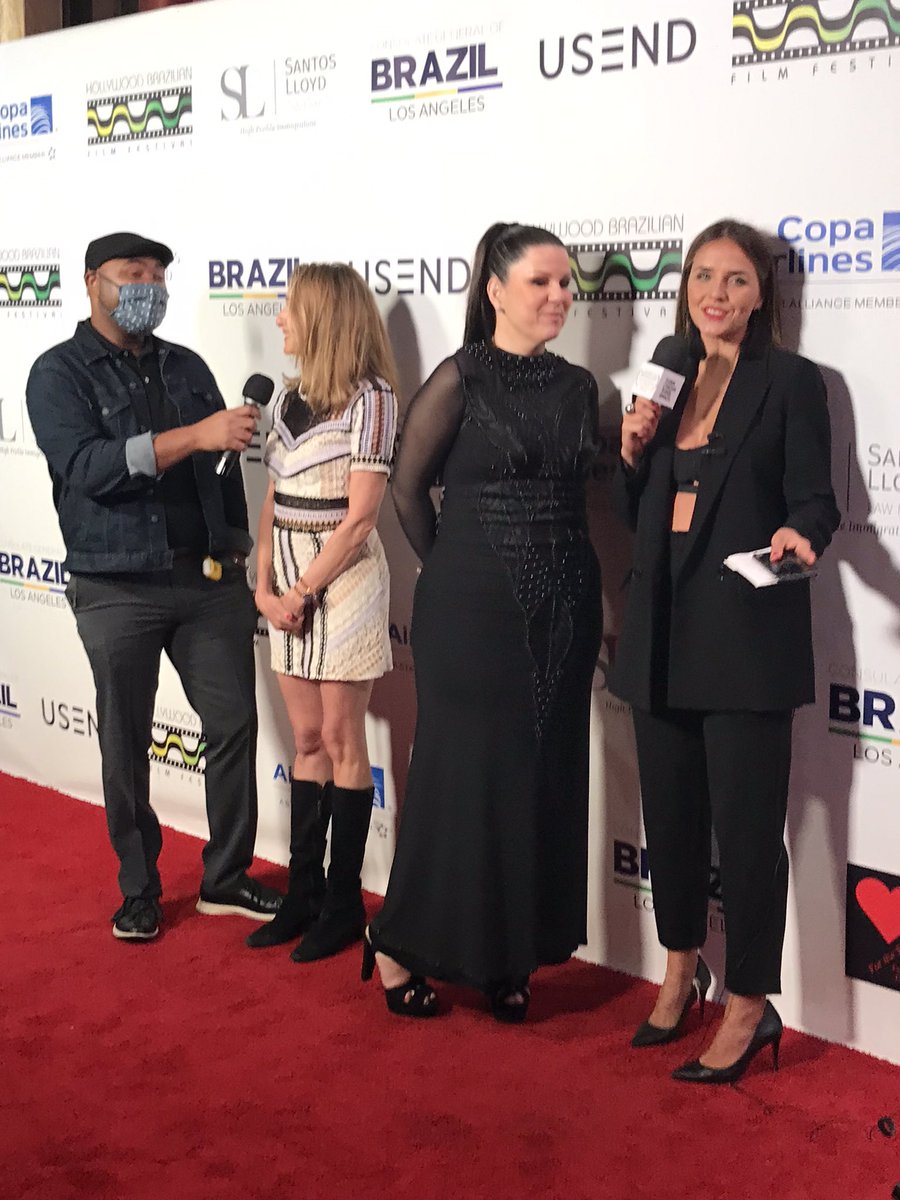 My Name is Baghdad 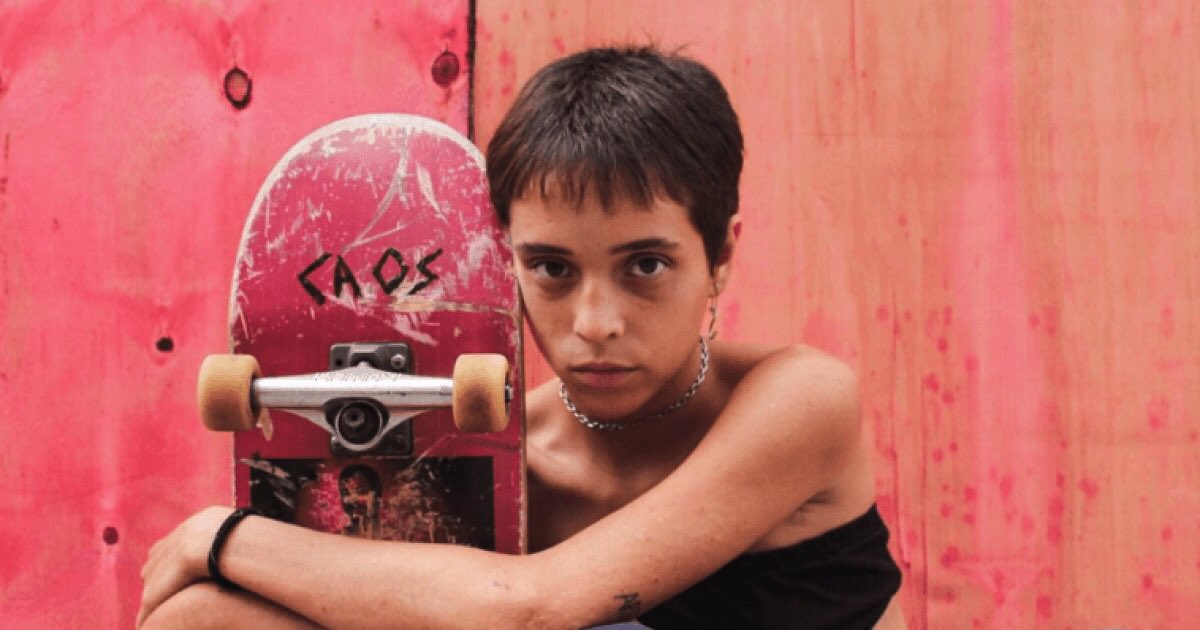 The Saturday film “My Name is Baghdad” tells the story of a teen skateboarder named Baghdad, who loves skateboarding, but is tired of the boy-skaters machismo and come-on lines at her local skate park. She eventually finds solidarity and support when she finds some other girl skaters.

The acting and shaky-docu cam and scenes in the streets of Brazil make this film seem very authentic and real. The final confrontation between Baghdad, her new girl skater friends, and the boys is amazing. 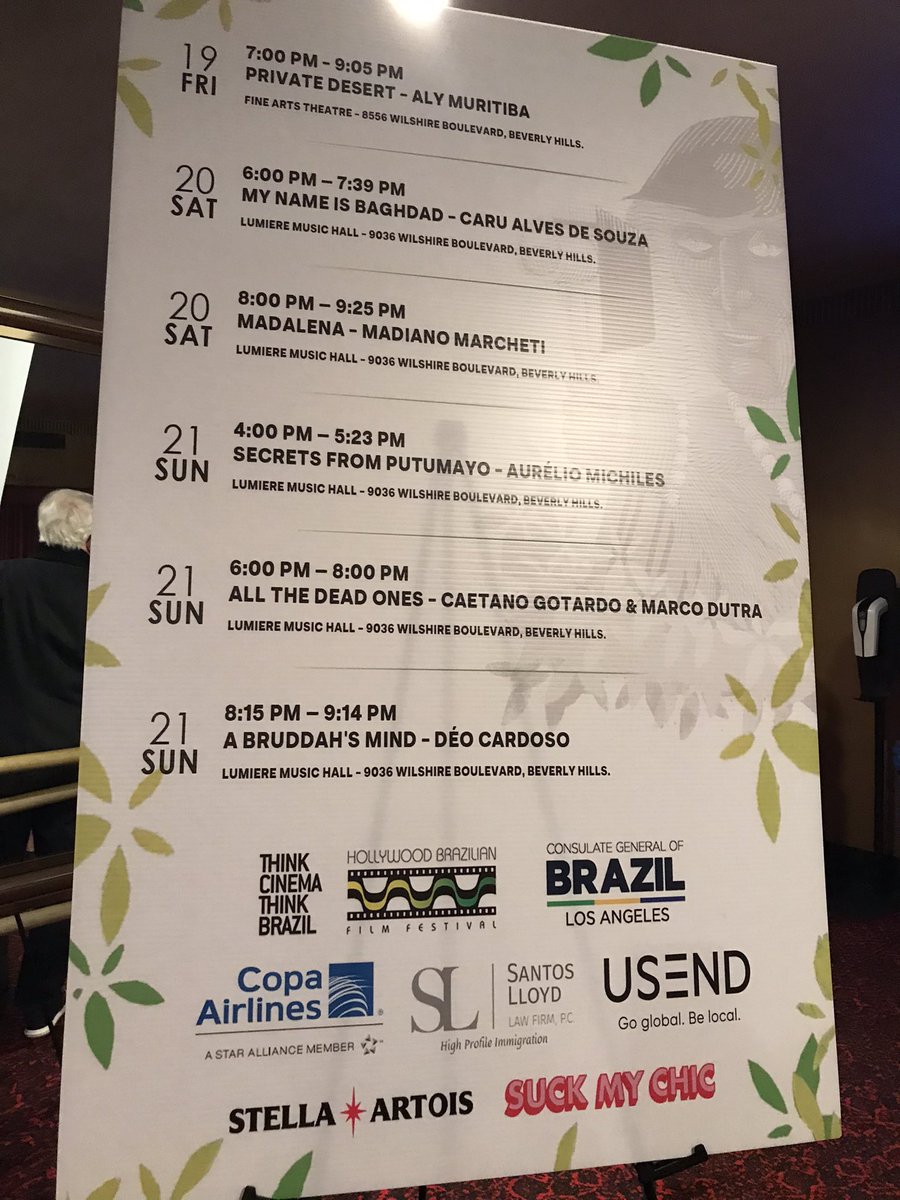 After he is fired for violence, a policeman searches the country for his online lover who unexpectedly disappeared. North American Premiere

Baghdad is a 17-year-old female skater who lives in a working-class neighborhood in São Paulo, skating with male friends and spending time with family. When she meets a group of female skateboarders, her life suddenly changes. US Premiere

In a small rural town in the middle of acres and acres of soy fields, bodies keep turning up. The latest is the body of a trans woman Madalena (Chloe Milan). The lives of three people seem obscurely affected by the event and are told as separate vignettes. US Premiere

In 1910, Roger Casement undertook an investigation of crimes committed against indigenous communities by the British registered Peruvian Amazon Company. Excerpts from his Journal trace the harrowing picture of an extractive system based on killings and slave labor. US Premiere.

In Brazil, 1899, shortly after the abolition of slavery, the ghosts of the past still walk among the living. For the women of the Soares family, the task of giving up their privilege and adapting to a middle-class reality drives them to the brink of madness. For Iná Nascimento, a former enslaved woman, the struggle to reunite her loved ones in a hostile new world forces her to face the truth about herself. Between Brazil’s troubled past and fractured present, these women feel the ground shifting beneath their feet as they try to create a future of their own. Los Angeles Premiere

After reacting to an insult from a classmate and being expelled, an introvert geek blames the entire educational system for the situation and undertakes a lonely occupation in his precarious school until justice is done. Los Angeles Premiere

Tickets to the festival screenings are now available and can be purchased at HBRFEST.com. All festival screenings will be held in accordance with the latest CDC guidelines on COVID-19 and proof of vaccination and face coverings are required for entry.