JamCity mobile game company announced today that its corporate headquarters in Culver City will become an official vote center for Los Angeles County on Monday, November 2, 2020. You’ll be able to vote or drop off ballots on Election Day Nov 2 at an outdoor, socially distance setup. 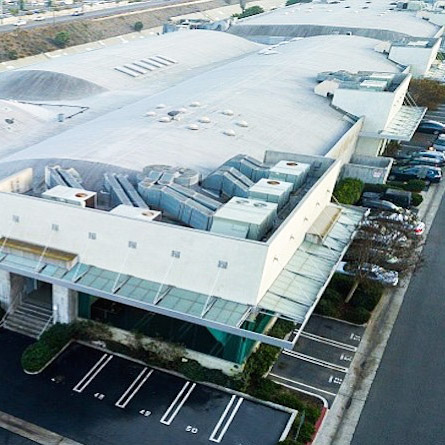 There is a special focus on providing essential workers with a convenient place to participate in the democratic process. Situated in Culver City, CA with easy access to public transportation and hundreds of nearby essential businesses, Jam City is an ideal location for the local business community, including hospitals and medical facilities, government service providers, retailers, and others. The public is invited in-person to vote, or drop off ballots, from 10am-7pm PT on November 2, 2020 at an outdoor setup.

In addition to being named a vote center, Jam City is also kicking off a series of get-out-to-vote initiatives beginning this month with #LevelUptheVote, where it will rally its gaming community of millions of players to drive voter registration and participation in the U.S. 2020 November elections.

Jam City announces a partnership with the non-profit, nonpartisan organization When We All Vote to help drive voter registration and election participation in an effort to help drive millions of people to register during National Voter Registration Week of Action September 20-27.

In-game activations will take place across many of Jam City’s most popular mobile gaming titles.

“Jam City is first and foremost a community of people, and we believe that civic engagement and a contribution to our democracy is our social responsibility,” said CEO Chris DeWolfe. “We encourage our millions of players to participate by registering to vote via Jam City’s award-winning mobile games, and we’re grateful to be selected by the County of Los Angeles as an official mobile polling center where we will host a COVID-safe, fun polling and election event.”

Jam City’s partnership with When We All Vote will work to raise awareness around the importance of voter turnout by encouraging the community and players to register to vote during National Voter Registration Week of Action from September 20 – 27. Jam City will drive its players to the When We All Vote registration page to encourage participation in the election process. In addition, Jam City will reach out to the many businesses, essential workers and robust tech community to participate in the election process.

Voters in Los Angeles County can vote at any official polling location, and are encouraged to vote at Jam City’s Culver City headquarters, outdoors, on November 2, 2020, from 10am to 7pm at 3562 Eastham Dr, Culver City, CA 90232. Voters can also drop off Vote by Mail ballots at this location.

Members of the media interested in election coverage are encouraged and invited to join us at Jam City’s headquarters. Please reach out to Jam City PR team at: press@jamcity.com.

About When We All Vote

When We All Vote is a national, nonpartisan nonprofit that brings together citizens, institutions, brands, and organizations to increase participation in every election. The organization is committed to closing the race and age voting gap and empowering all eligible voters to cast their ballot by harnessing grassroots energy, establishing strategic partnerships, and implementing digital organizing strategies, with the ultimate goal of changing the culture around voting.

In the leadup to the 2018 Midterm Elections, When We All Vote organized over 2,500 local voter registration events across the country, engaged 200 million Americans online about the significance of voting, and texted nearly four million voters the resources to register and get out to vote.