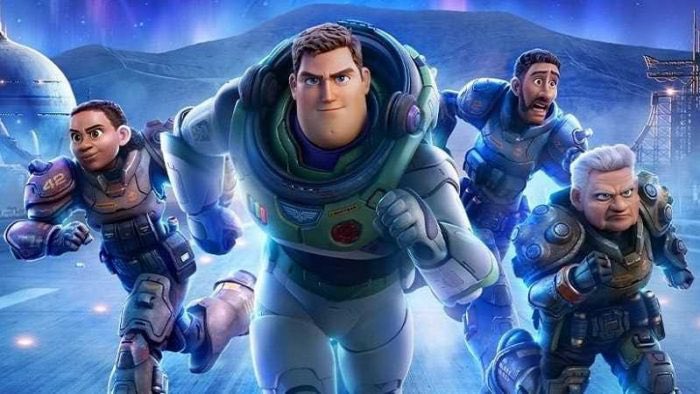 Mission Warning Light 1: Marketing didn’t communicate this was the guy the toy is based on, not the toy.

In the film, Space Ranger Buzz Lightyear is on a very Star Trek vibe space exploration on a distant planet, with his crew. However, when hostile Seymour-style vines start to attack, he jump into his space ship and tries to fly off planet. However, he crashes, and the ship is grounded. Buzz Lightyear eventually develops a plan to try to do a stunt-y space boomerang to escape, but when he returns back to the planet, everyone has aged 4 years due to his lightspeed move. 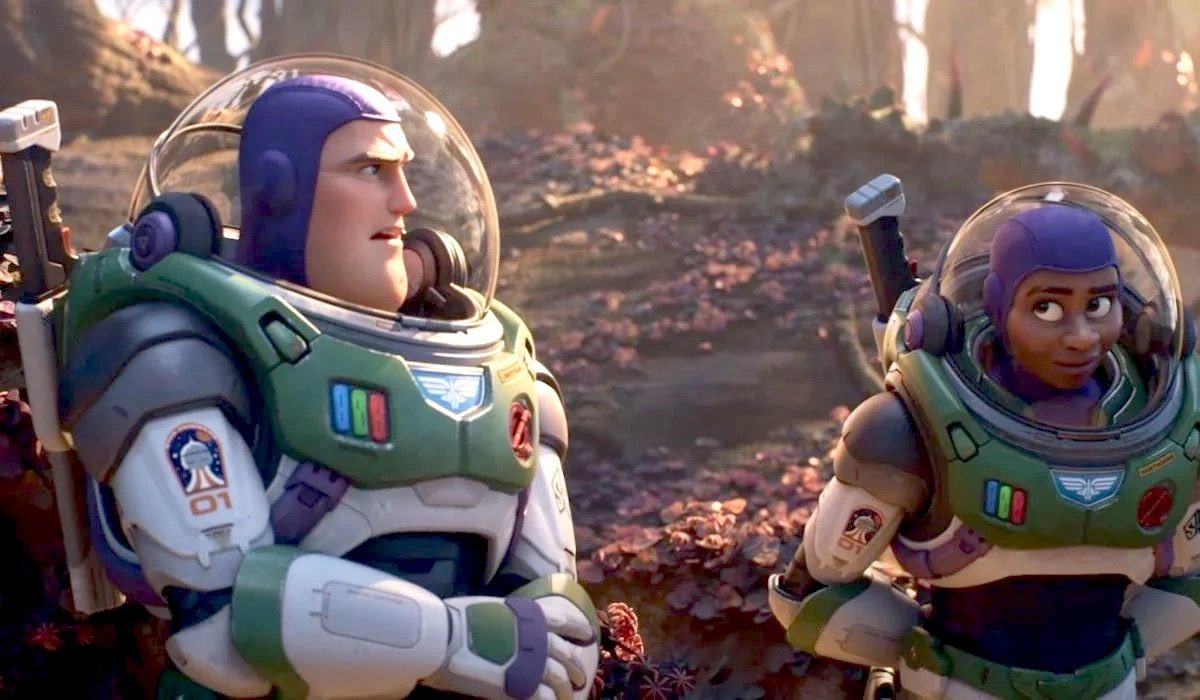 He repeatedly tries to do the rescue move, but repeatedly fails, as decades past on the planet. His crew ages, and have families as their colony grows.

He eventually realizes he needs to stop his mission to go back in time to fix things, because that would erase the families and people in the new colony.

Mission Warning Light 2: Seeing Buzz repeatedly fail isn’t fun. Seeing people age and grow old, have families and die, isn’t fun either. While this concept is interesting in a heady science fiction Martin Chronicles tales way, making do with your failures is not fun for a kid-friendly Disney Pixar movie.

Mission Warning Light 3: Meh buzz for Buzz. It’s frankly hard to believe that this movie was so successful in Andy’s world of Toy Story in 1995 that a Buzz Lightyear toy would even be made.

The depressing story is counterbalanced somewhat by Buzz’s supporting characters:

His sidekick cat robot Sox is MUCH NEEDED comic relief. He basically is like Baymax, but he’s a cat assistant instead of healthy nanny robot. Sox’ only weapon: he can spit a tranquilizer dart, which he uses with comic effect. But it’s also bewildering why he doesn’t have a laser or something more space-appropriate and useful! Sox is voiced wonderfully and comically by Peter Sohn (Ratatouille). 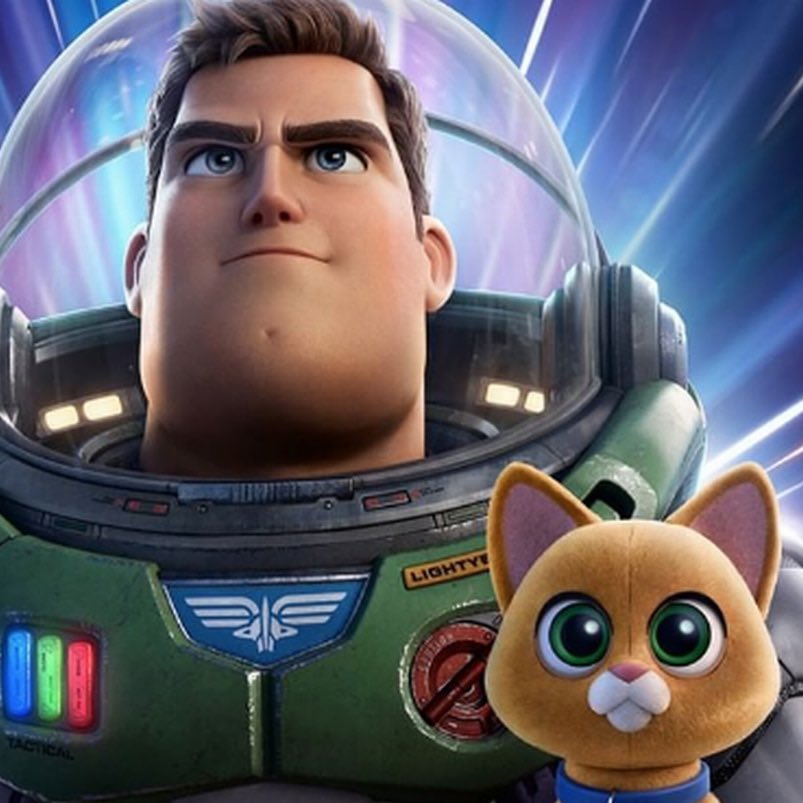 His boss Commander Izzy Hawthorne (Keke Palmer) is also a supportive friend. At each of Buzz’s rescue mission attempts, he returns to see Izzy age several years in an aging montage reminiscent of the Up aging montage. She eventually has a wife, kisses her wife, and has a son. She eventually dies -just isn’t there when Buzz returns from a mission.

Izzy’s lesbian kiss is a landmark first in a Pixar film: the first LGBTQ kiss by a supporting character. It also appears this kiss was re-inserted into the film, after Pixar employees revealed it had been edited out amidst the Florida ‘Don’t Say Gay’ issue.

It’s not Pixar’s first lesbian character. In Onward, a female police officer mentions her girlfriend. In Finding Dory, background female characters push a stroller with a baby, implied LGBTQ. But it’s the first LGBTQ kiss by a supporting character, important for LGBTQ people to see themselves represented on screen, just as straight kisses have been in Pixar films for decades since Incredibles and Up. 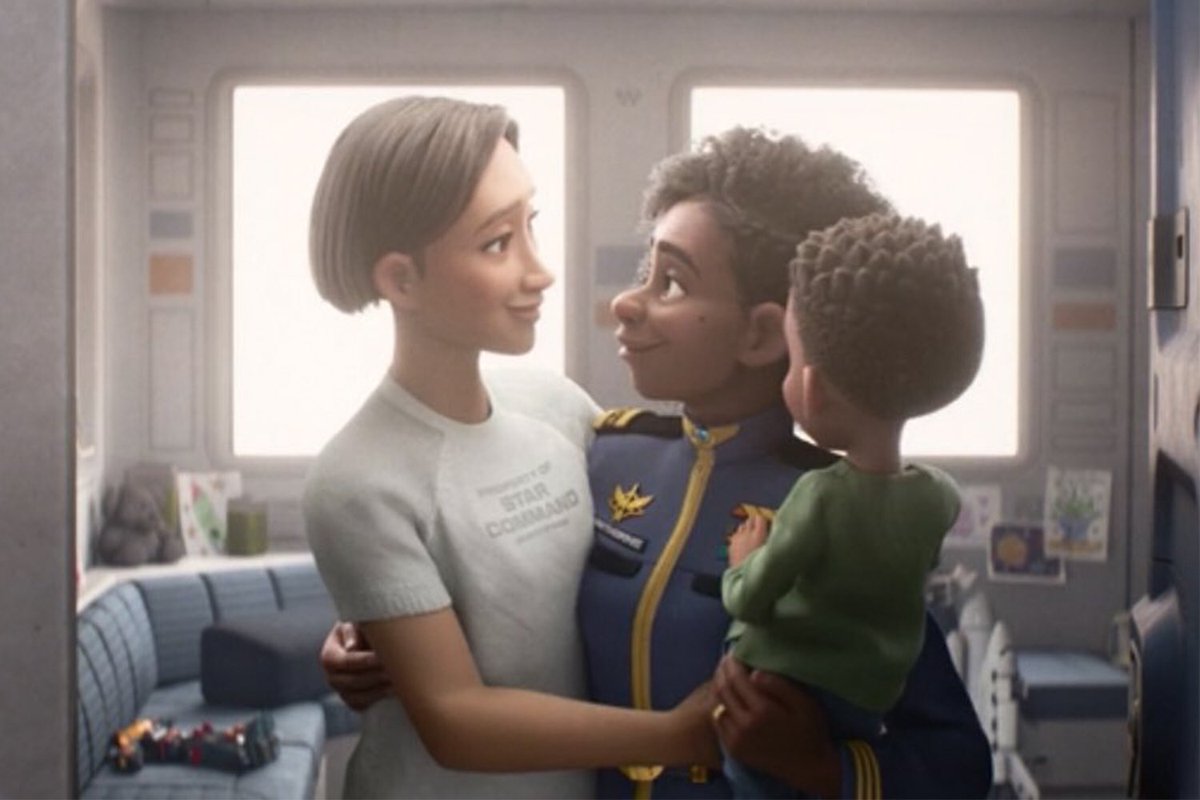 Next on the list: LGBTQ kiss by a lead Pixar character.

Buzz does meet and battle Zurg, complete with lasers and pew pew shoot out scene we’d imagine. But the whole interaction and surprise reveal all fall flat and seems like an after thought, as the main villain of the film is failure and time.

Mission Warning Light #6: Even the mid and post credit scenes are yawn.

So overall, Lightyear is a sad introspective story, which would have been better as a short film, or even a short story in a book. It’s missing the joy of Buzz Lightyear’s enthusiasm and soaring to Infinity and Beyond in the original Toy Story movie. Like Book of Boba Fett, this sequel ‘mehed’ the original character.

At the El Capitan Theater, you can take photos with a Buzz Lightyear statue and Sox standee. There’s also a Lightyear cast mural, organist, and 3 minute light show and confetti before the show. Also: collectible themed popcorn tins. The Ghirardelli shop next door has talking Sox plushies, action figures and other toys. After the screening on opening night, we all got two jumbo boxes of Kellogg’s Frosted Mini-wheats with Buzz Lightyear toy ! All well worth the $22, just a few bucks more than a regular multiplex.