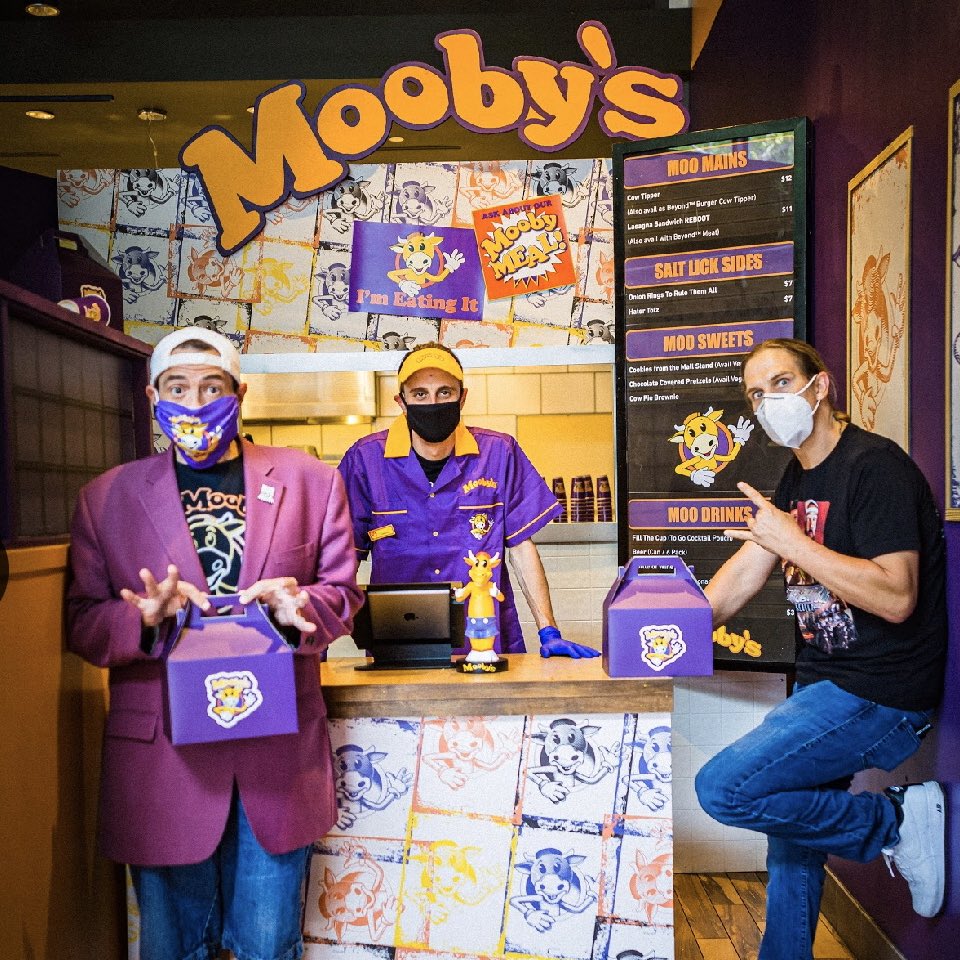 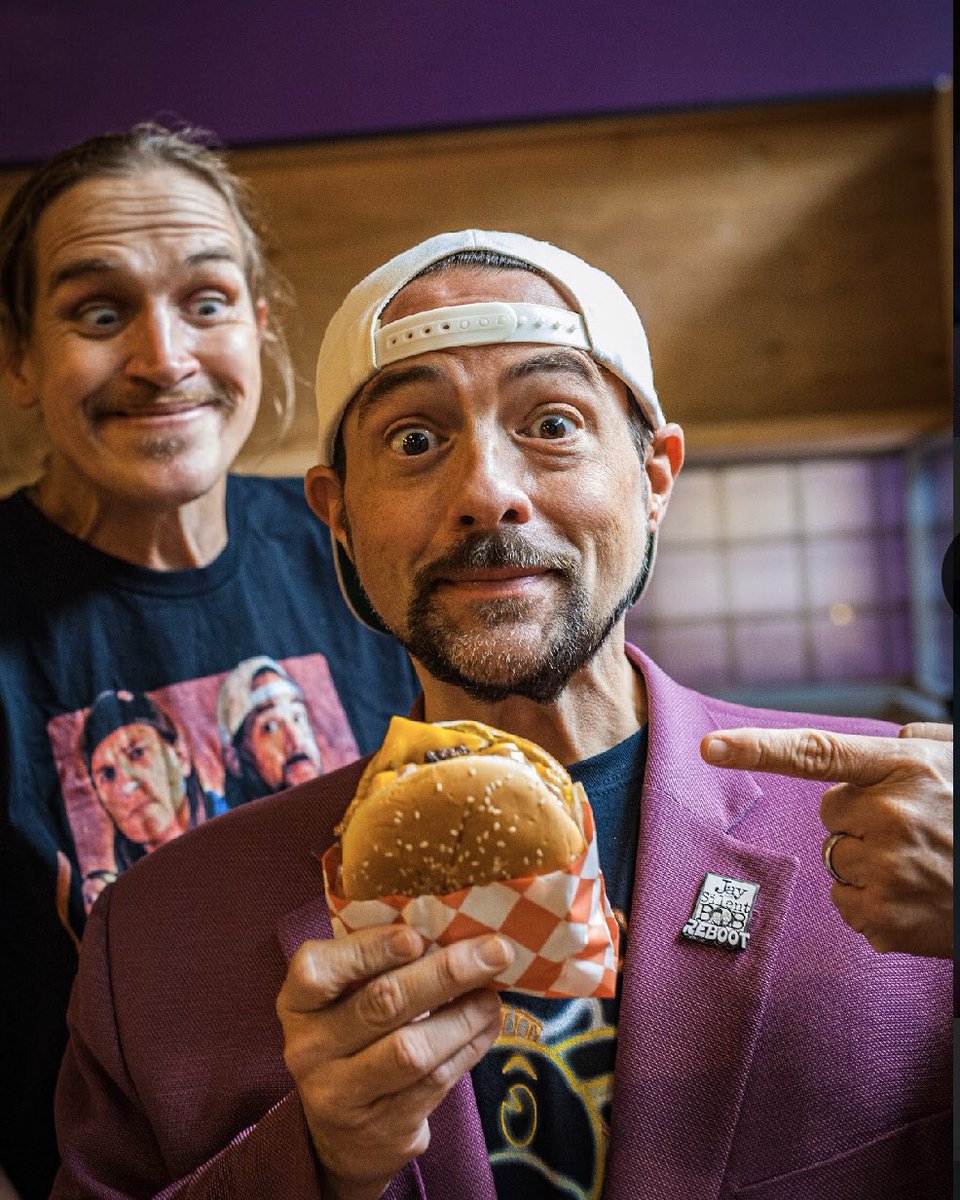 The food is delicious! The Menu by Chef Royce Burke and the Secret Lasagna team includes the Cow Tipper burger, 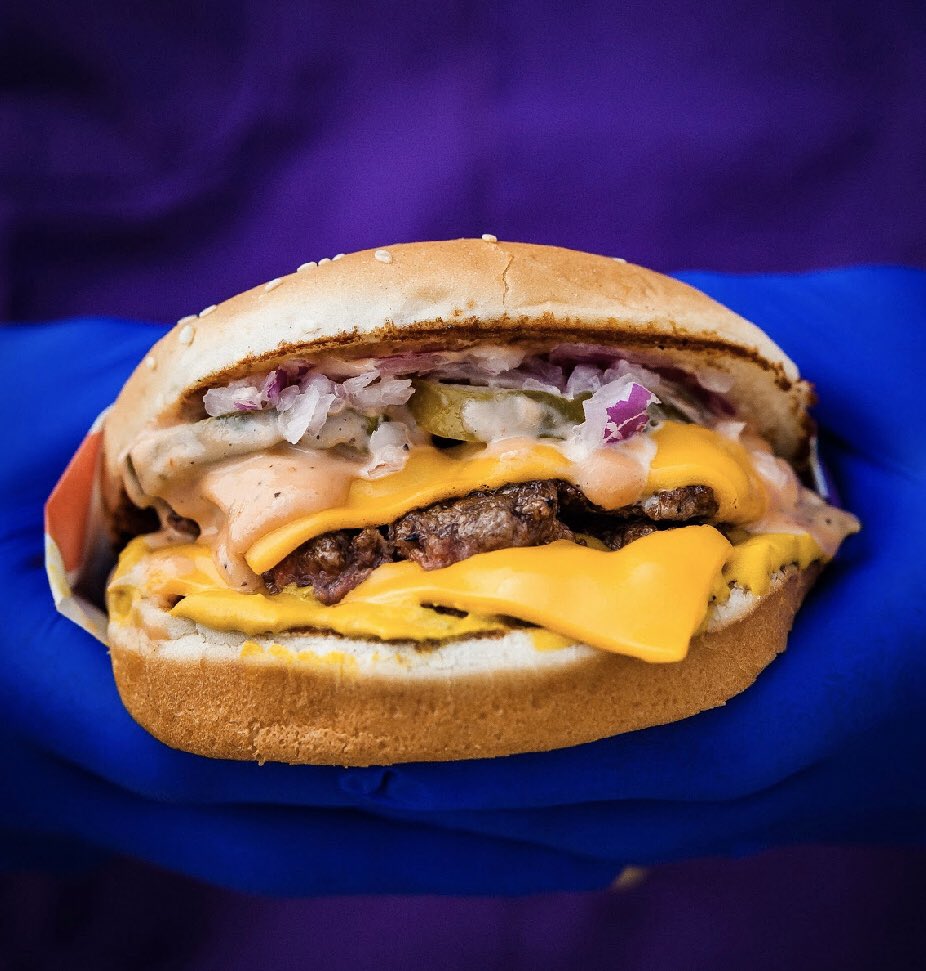 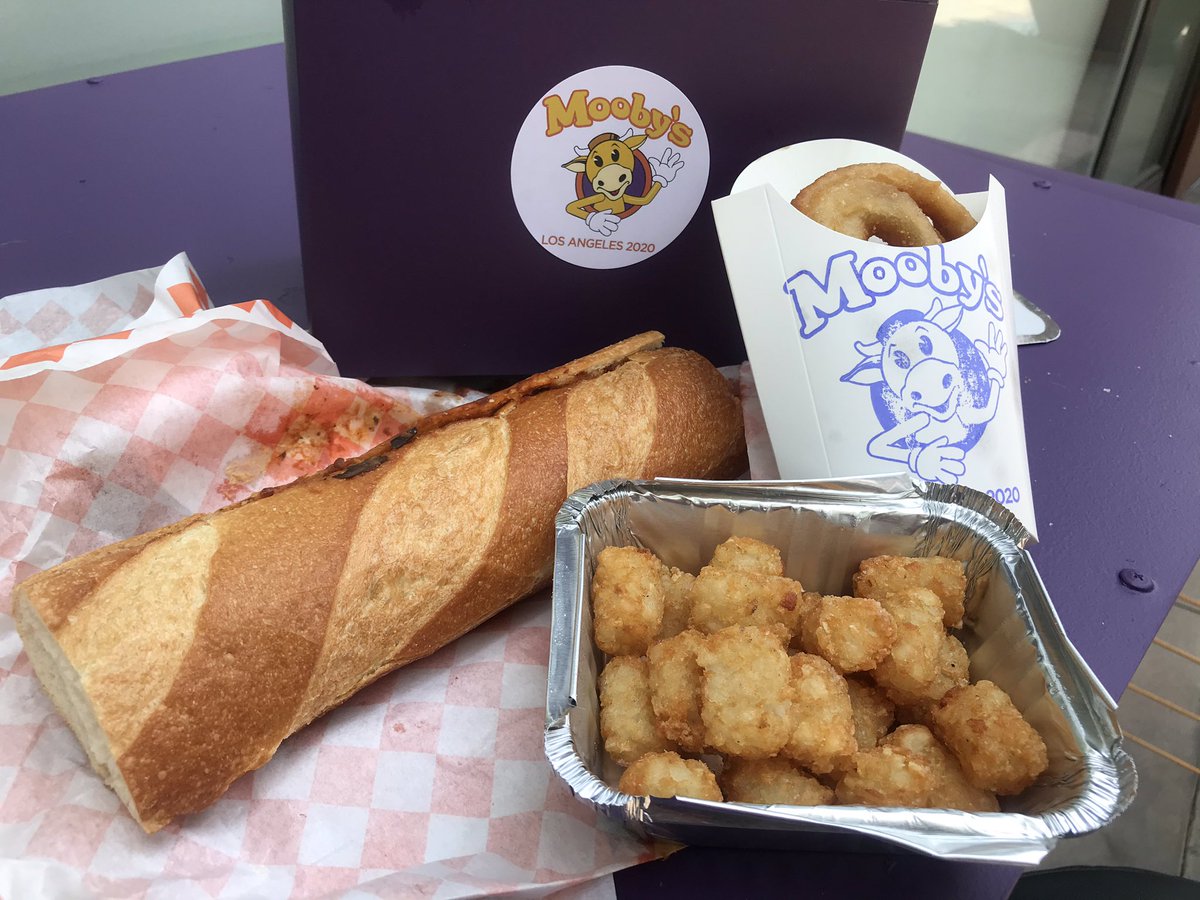 Mooby’s was originally scheduled to open April 25, but was postponed two month due to the pandemic. It is one of the first popup experiences to open in the pandemic, opening as dine-in restaurants are reopening. 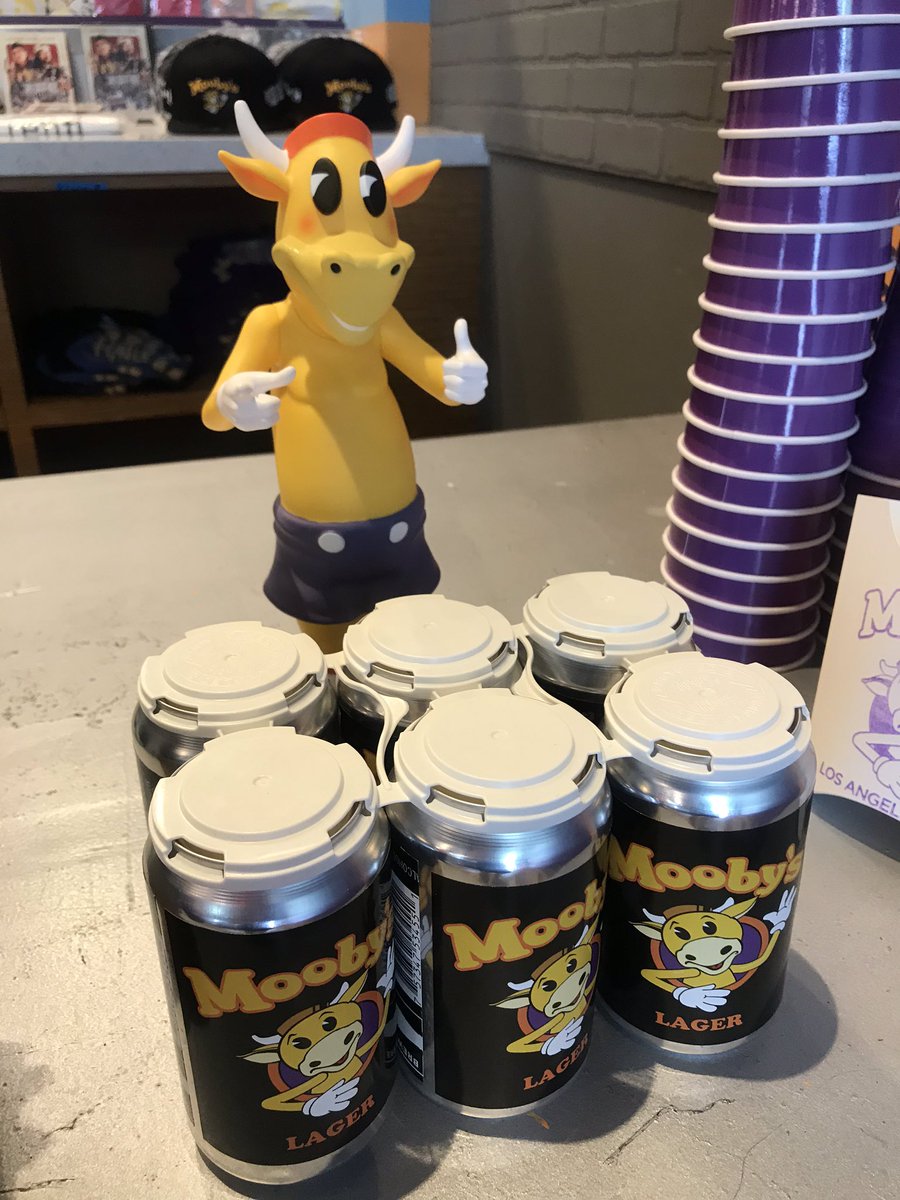 Mooby’s pandemic precautions include: signs requiring wearing masks inside, social distancing stickers on the floor, and hand sanitizer at the entrance and counter. During the press event, attendees could take photos inside, and had to sit outside at the patio tables to eat.

Kevin Smith partnered with the restaurant-themed event company that also produced the popular Saved by the Max and Good Burger pop-up restaurants, also at the same location at the Gateway West Hollywood shopping complex (Santa Monica and La Brea).

The pop up will be donating 100% of the proceeds from their first week plus all sales from the Mooby’s Social Distancing shirt directly to Clean Up South Central. 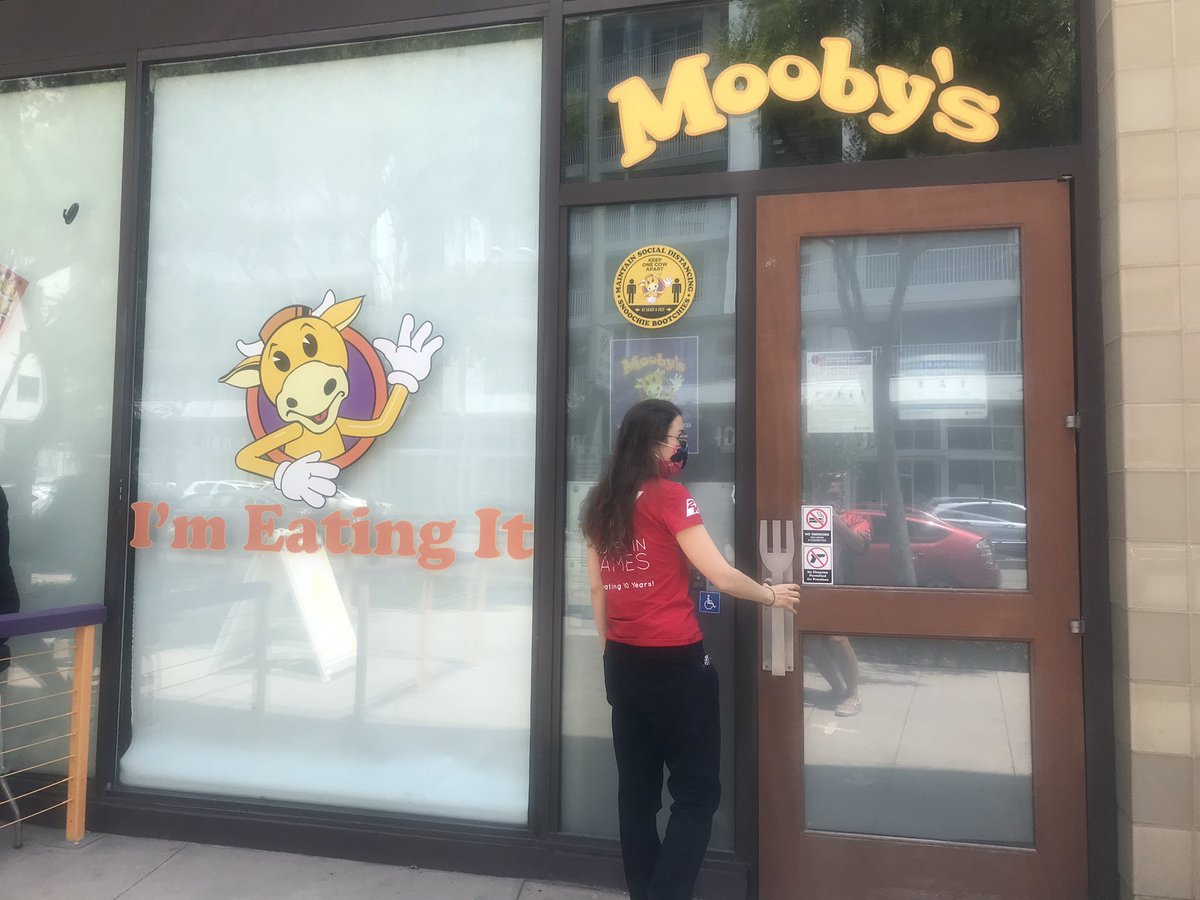 Photo opps include: The signage outside, inside, and around the restaurant interior, including facades of the video store and newsstand. 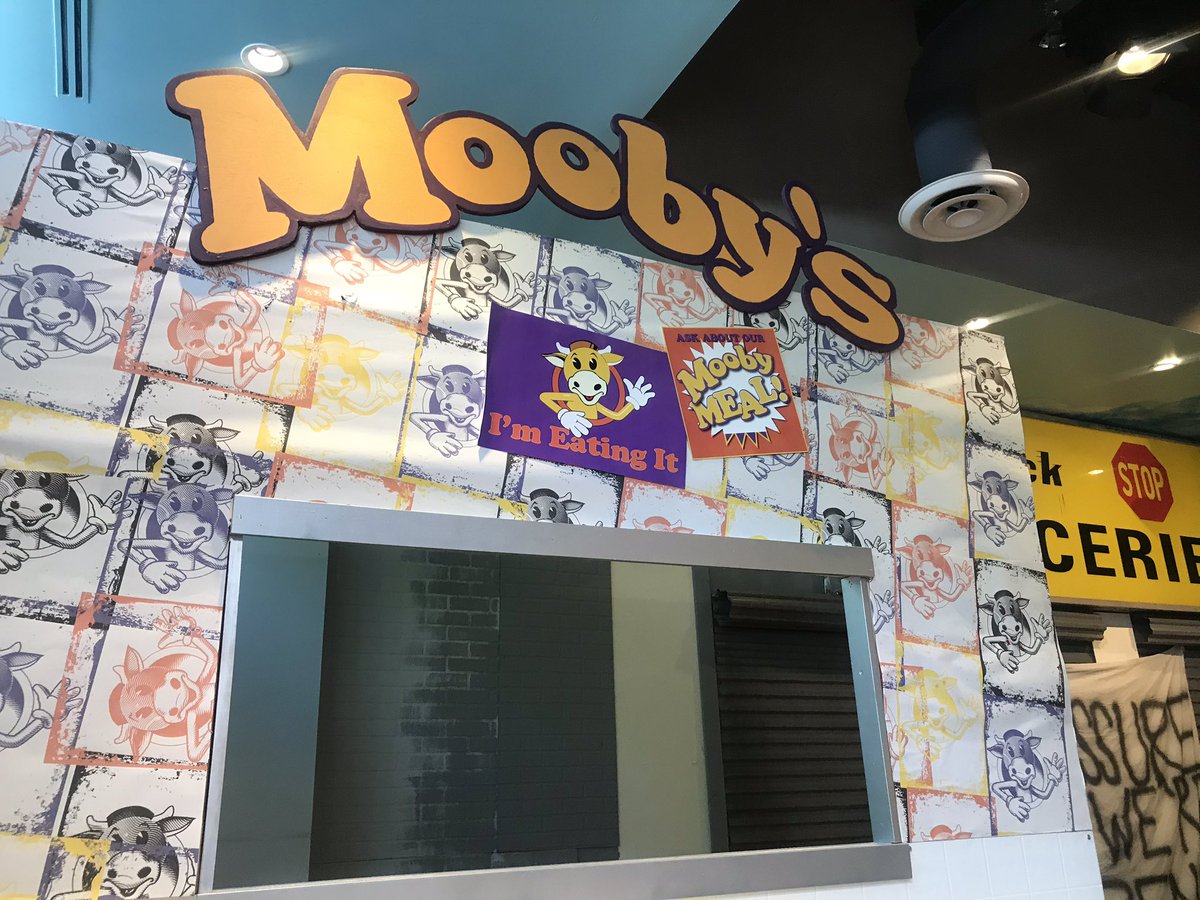 The pop up is open from June 18 to undetermined date. 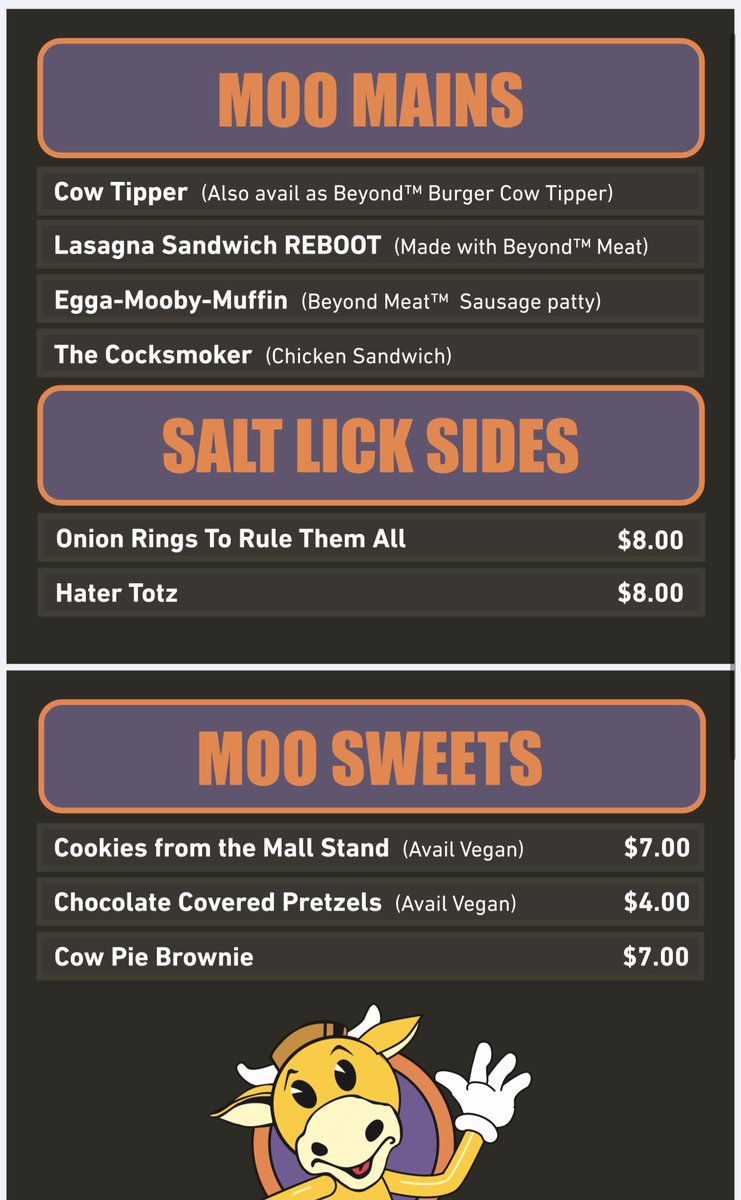