Mario, Luigi, Princess Peach and friends will be coming to the highly anticipated Super Nintendo World opening to the public on Friday February 17, 2023, announced Universal Studios Hollywood today. It will be the first video game-based land in a US theme park, and patterned off the similar land in Universal Studios Japan. 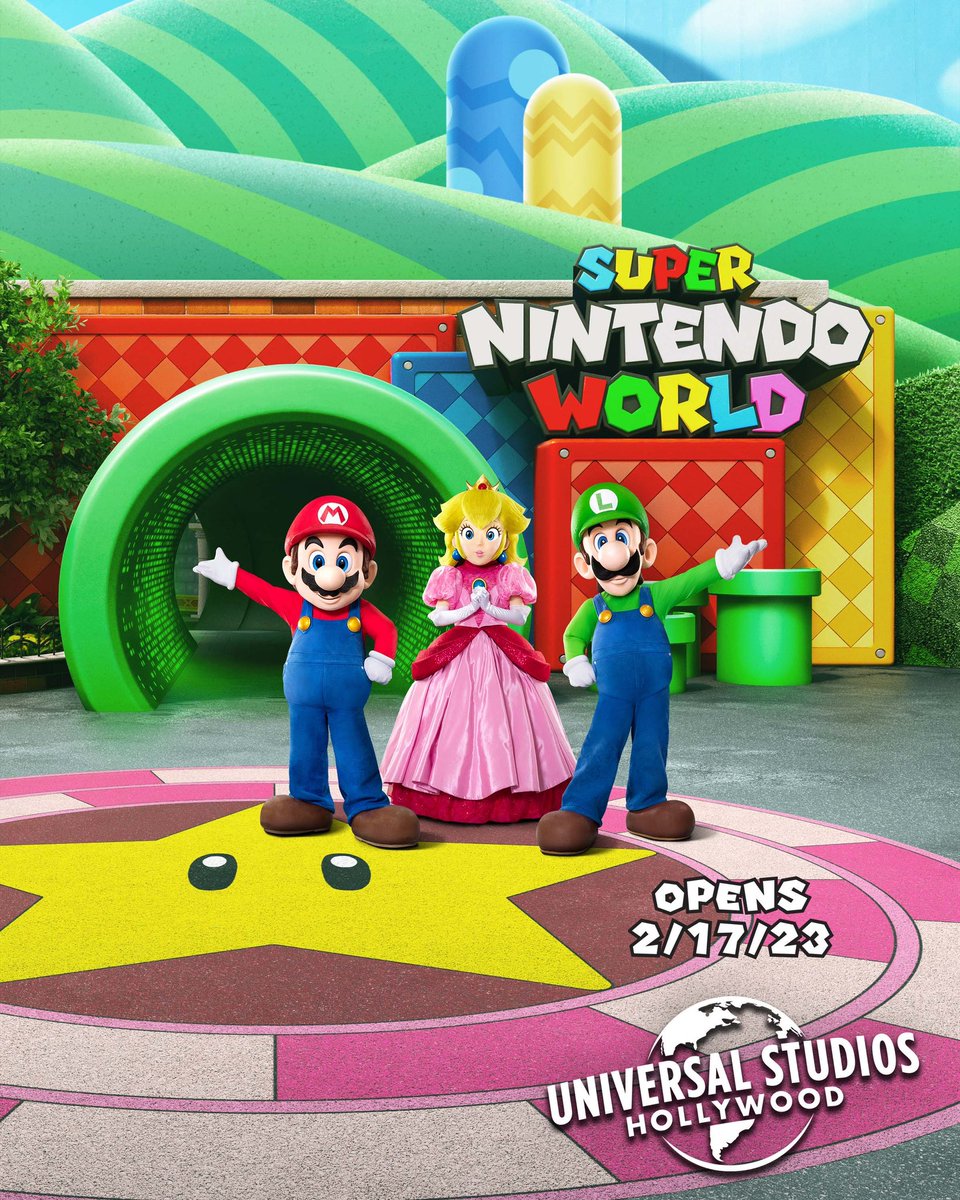 Super Nintendo World opens with a Mario Kart Bowser’s ride, Toadstool Cafe, and 1-Up Factory store, and interactive features in a colorful new land, located at the lower level of Universal Studios Hollywood between the Jurassic World and Transformers rides.

It will be similar to the Super Nintendo World that opened at Universal Studios Japan in 2021, which has an additional Yoshi’s Adventure dark ride.

Mario Kart – AR. When you ride Mario Kart: Bowser’s Challenge, you put on AR glasses to see projections while on the ride. While VR/AR goggles are typically difficult to maintain at large thruput ride. See details below.

“Mario Kart: Bowser’s Challenge:” This all-new, technologically-advanced ride, inspired by the popular Mario Kart™ video game series, will seamlessly fuse cutting-edge augmented reality (AR) with projection mapping technology and actual set pieces along a moving ride track. Set against a multi-sensory backdrop of color, sound and movement, guests will be seated in stadium-style, four-seat vehicles as they navigate familiar courses through the creative use and integration of head mounted AR goggles. This unique feature is a key point of differentiation that distinguishes this ride from other theme park attractions.

The premise of “Mario Kart: Bowser’s Challenge” is simple but equally inspiring and challenging, appealing to guests of all ages regardless of gaming experience. As part of Team Mario, guests will steer through underwater courses and courses in the clouds to compete for the Golden Cup while collecting coins to defeat Team Bowser and win. “Mario Kart: Bowser’s Challenge” raises the stakes for guests as an intriguing and repeatable ride with a variety of outcomes. 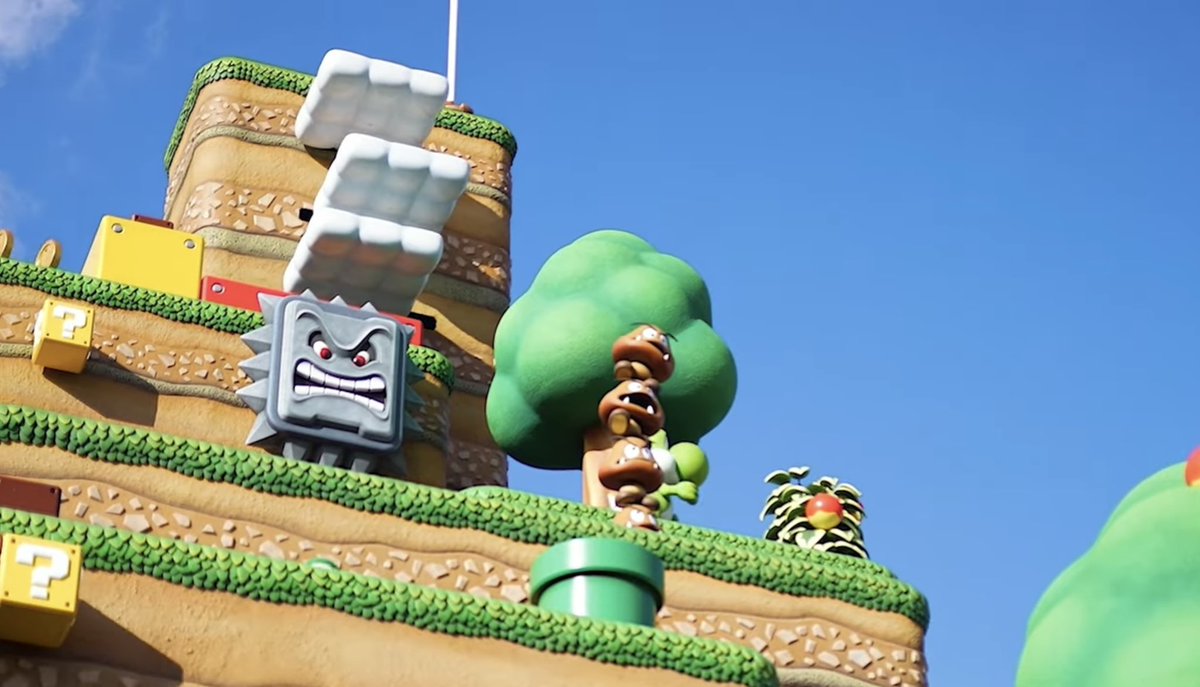 Mount Beanpole: This towering landmark sits at the heart of the land and also serves as the entry queue for “Mario Kart: Bowser’s Challenge.”

Bowser’s Castle: Adorned with a breathtaking sculpture of a large and powerful Bowser, this structure serves as a key centerpiece of the land, home to SUPER NINTENDO WORLD’s signature ride, “Mario Kart: Bowser’s Challenge.” As guests navigate the winding corridors and pass through the hall of medallions and trophies of the ominous castle towards the “Mario Kart: Bowser’s Challenge” ride, they will learn more about Bowser’s calculated plans to defeat Team Mario for the coveted Golden Cup.

Power-Up Band™: These wearable, state-of-the-art wristbands sync with Universal Studios Hollywood’s free downloadable app to level-up the guest experience within the land and enhance its many interactive elements. These include, but are not limited to, keeping individual and team scores, collecting digital coins and obtaining keys after winning challenges throughout the land. Power-Up Bands will also invite guests to enjoy extra-special interactions with Mario, Luigi and Princess Peach. They will come in six design options with character themes and will be available for purchase both within the land and at SUPER NINTENDO WORLDretail shops located in the theme park and on CityWalk.

Interactive Gameplay: Within the land, guests will become fully engulfed in an engaging world of real-life gameplay, including punching ? Blocks to collect digital coins and a variety of interactives. They will discover a new dimension of SUPER NINTENDOWORLD via the interactive binoculars employing augmented reality technology positioned within the land. Guests can beat the four Key Challenges and collect keys from Goomba, Koopa Troopa, Piranha Plant and Thwomp interactive activities to ultimately allow access to the culminating boss battle with Bowser Jr.  These energetic, familiar and fun interactive games will further enhance the entire kinetic experience within the land and immerse guests into the unique world of Super Mario. 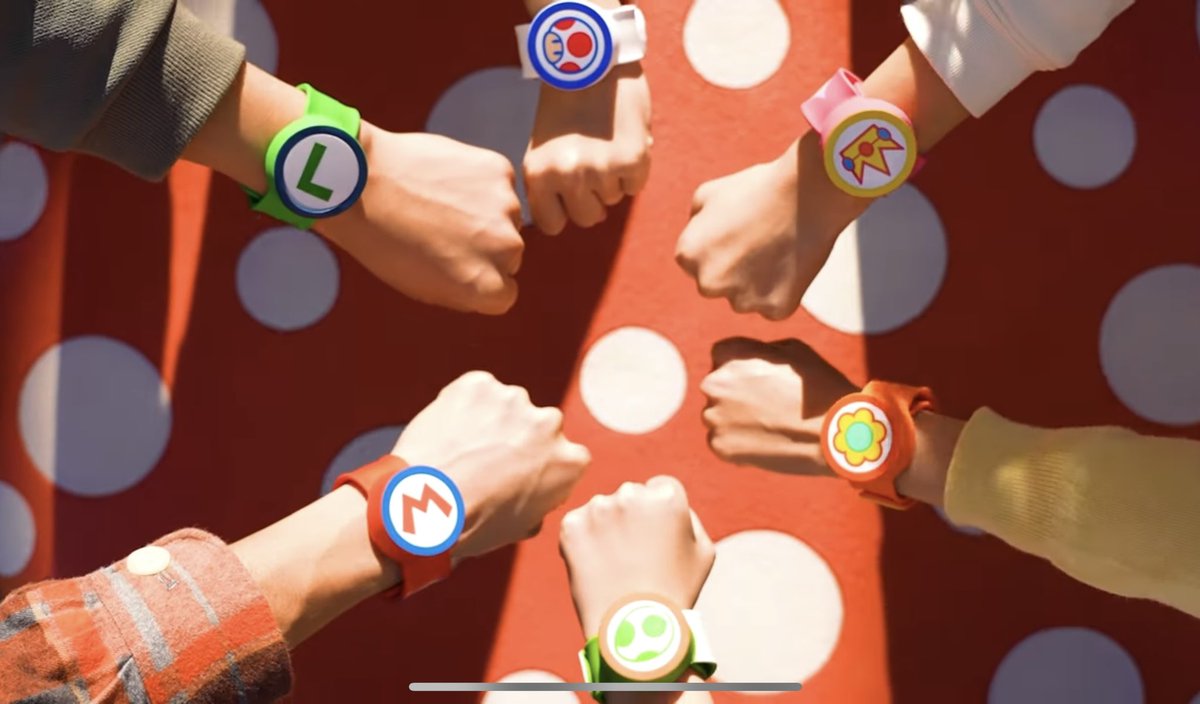 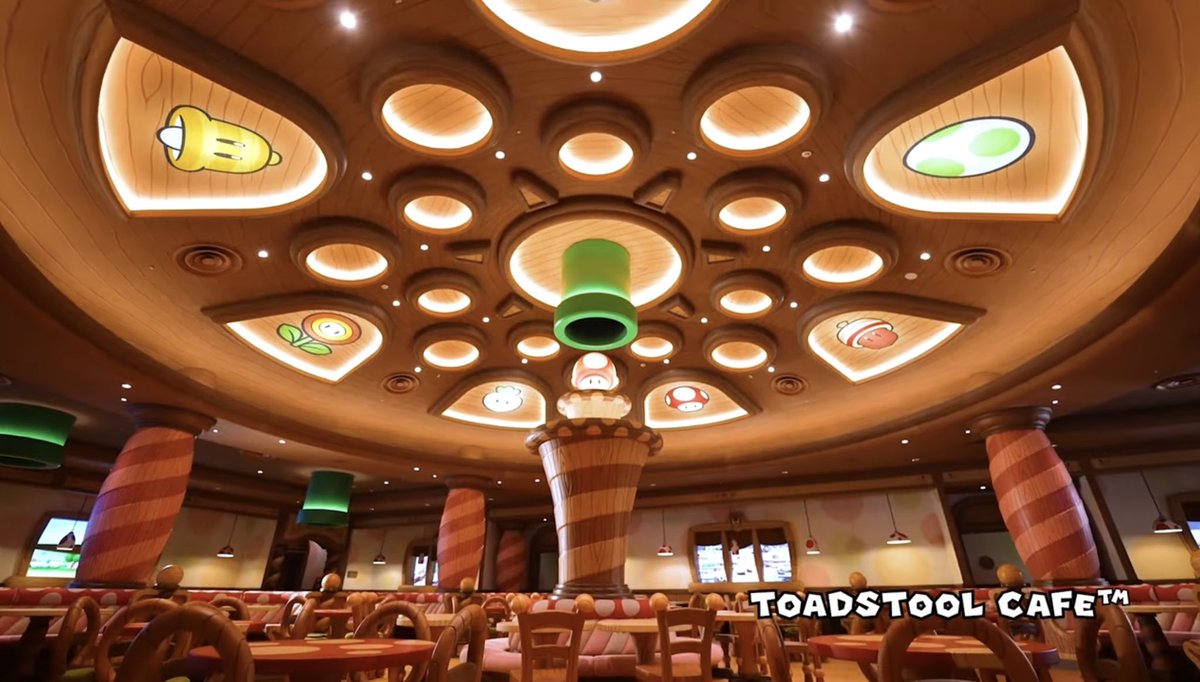 1-UP Factory: What better way to commemorate a visit to SUPER NINTENDO WORLD than to visit the 1-UP Factory retail shop to purchase collectable memorabilia. The 1-UP Factory will offer an extensive selection of merchandise from Mario and Luigi themed apparel to iconic character hats and an array of plush characters, including Mario, Luigi, Yoshi and Bowser.

Super Nintendo World is surprisingly the first video game IP based land in a theme park in the U.S. Other game-based attractions at theme parks include Mass Effect at California Great America, and internationally, Angry Birds rides at Thorpe Park in England.

Entry into Super Nintendo World will be included with your ticket to Universal Studios Hollywood. No details have been released on whether there will be a reservation system at opening, as other theme parks often implement to manage demand for new attractions.