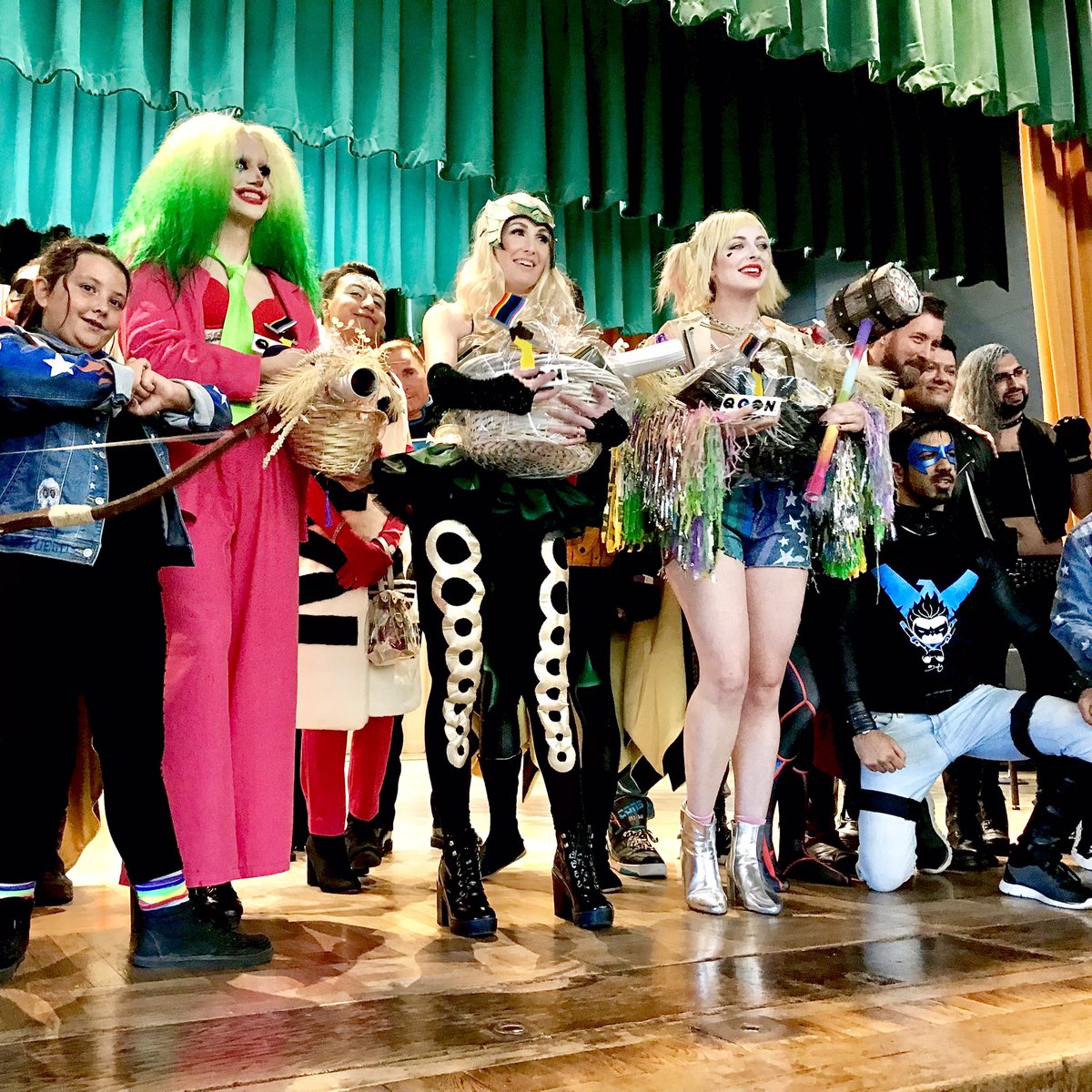 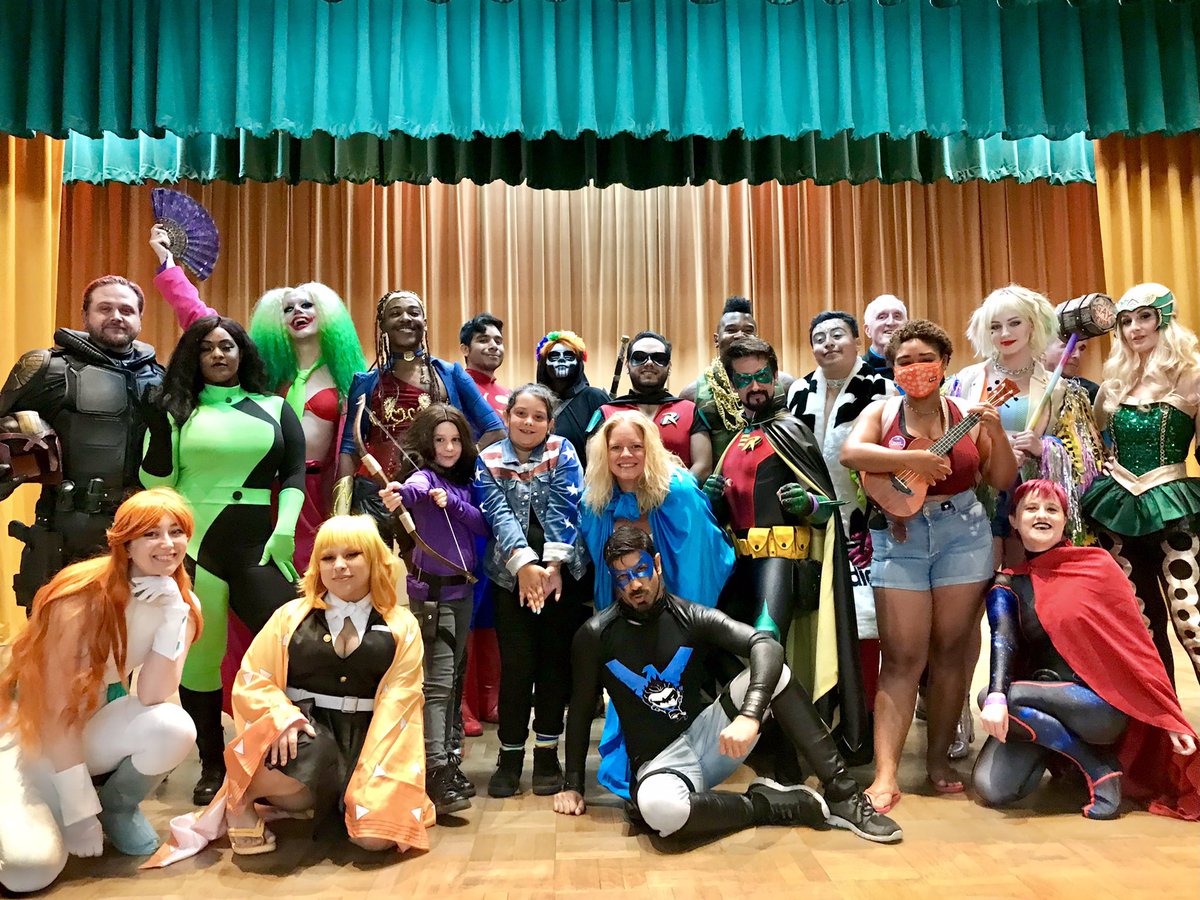 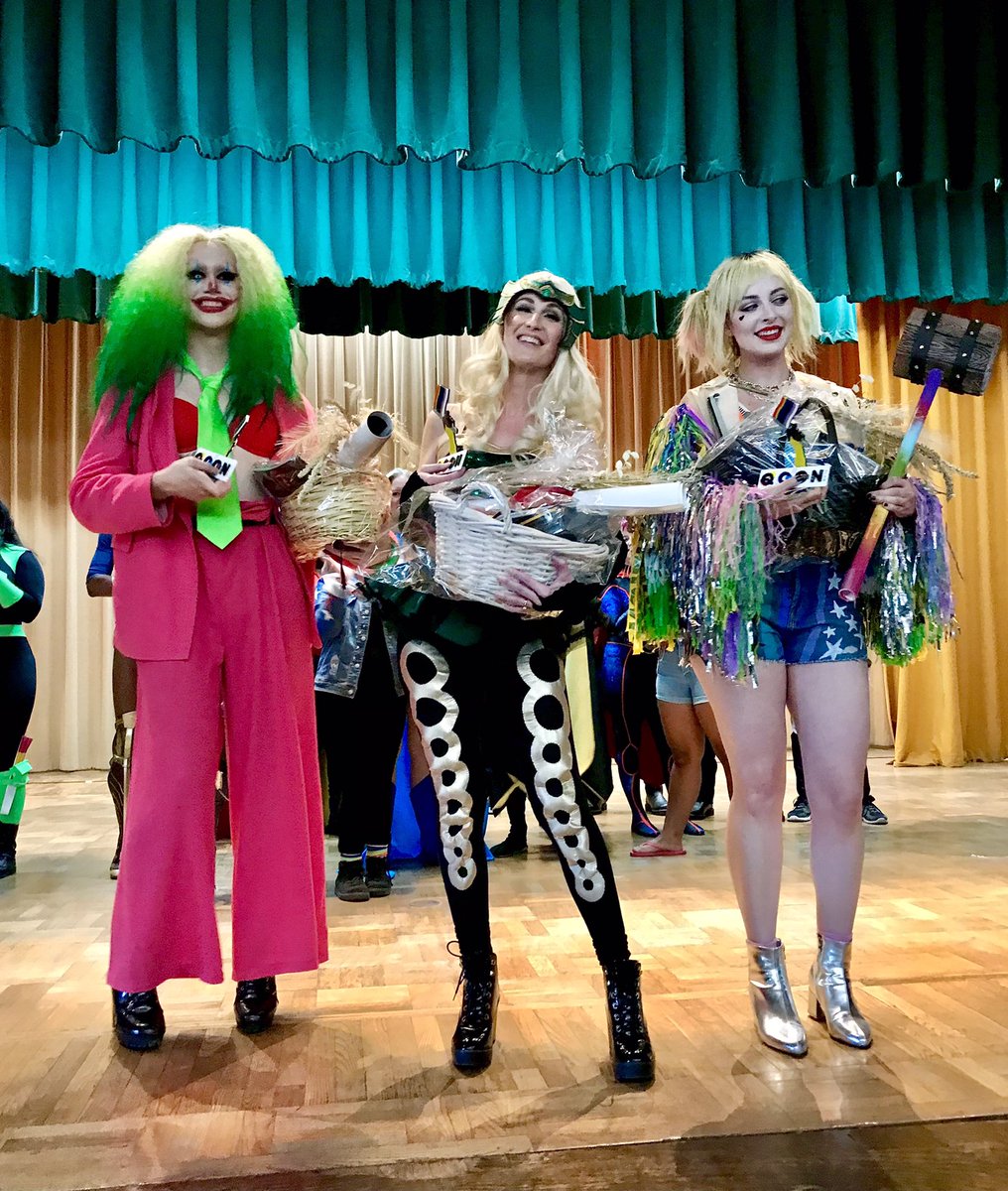 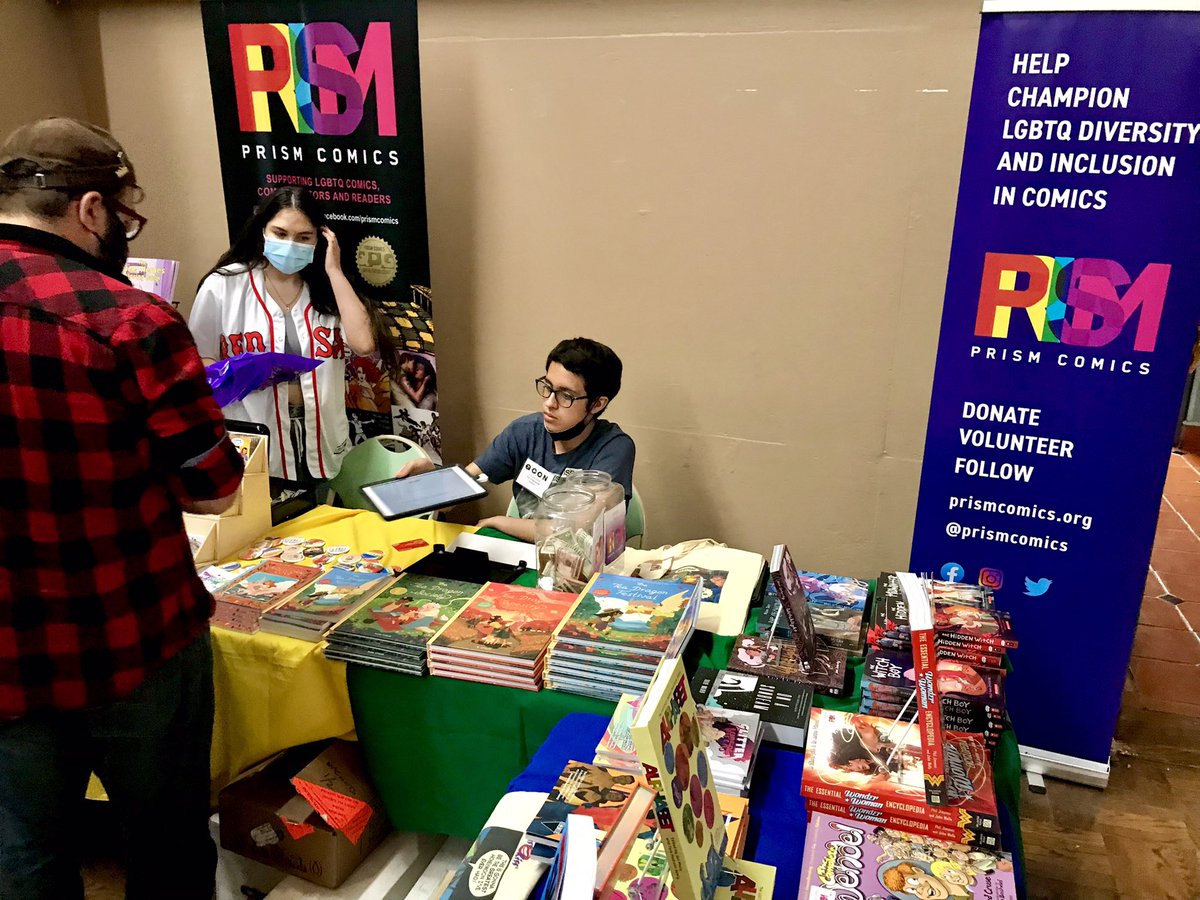 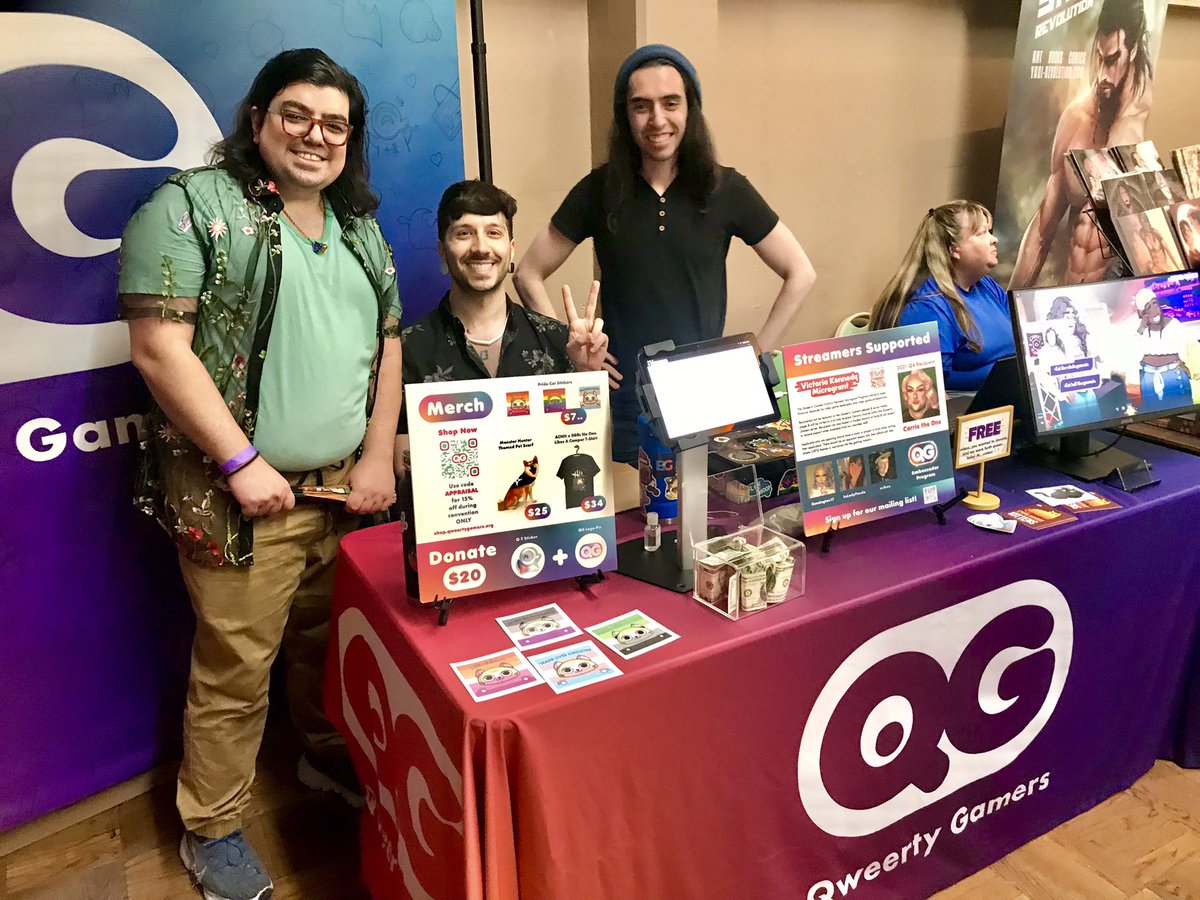 Kayden Phoenix’s vendor booth featured comics, stickers, patches, and collectibles around her Latina Superheroes. She has spoken at several of our Digital LA panels organized at WonderCon, etc. 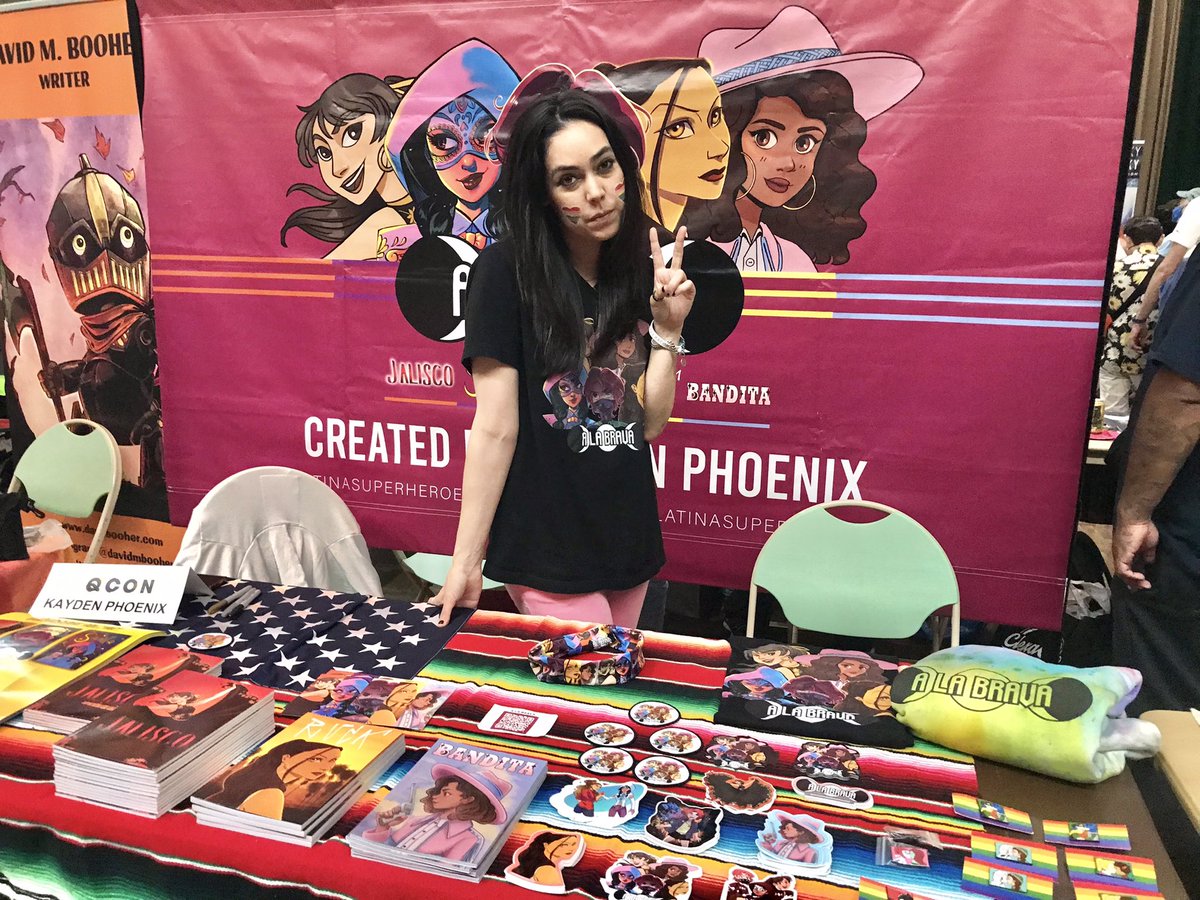 Illustrator Michael Derry displayed some of his artwork and comic books. 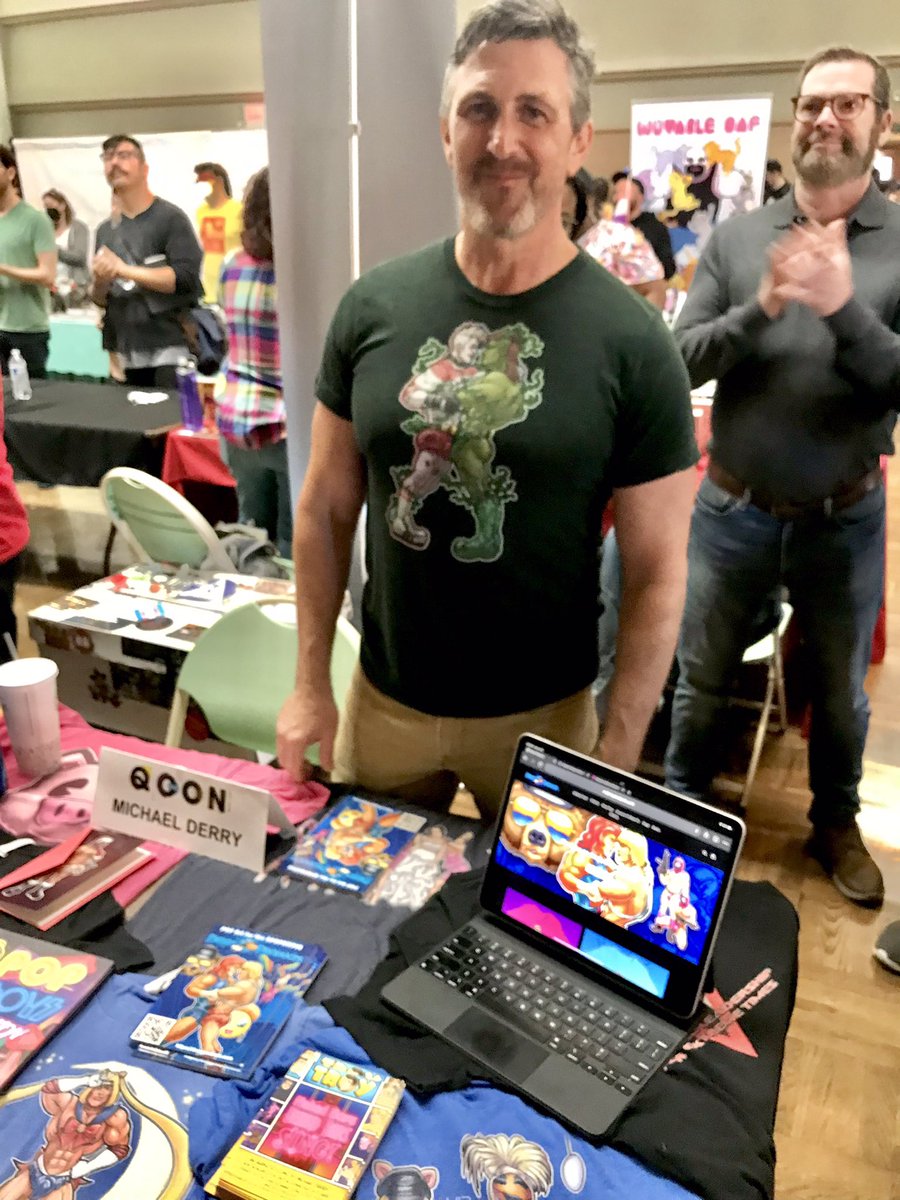 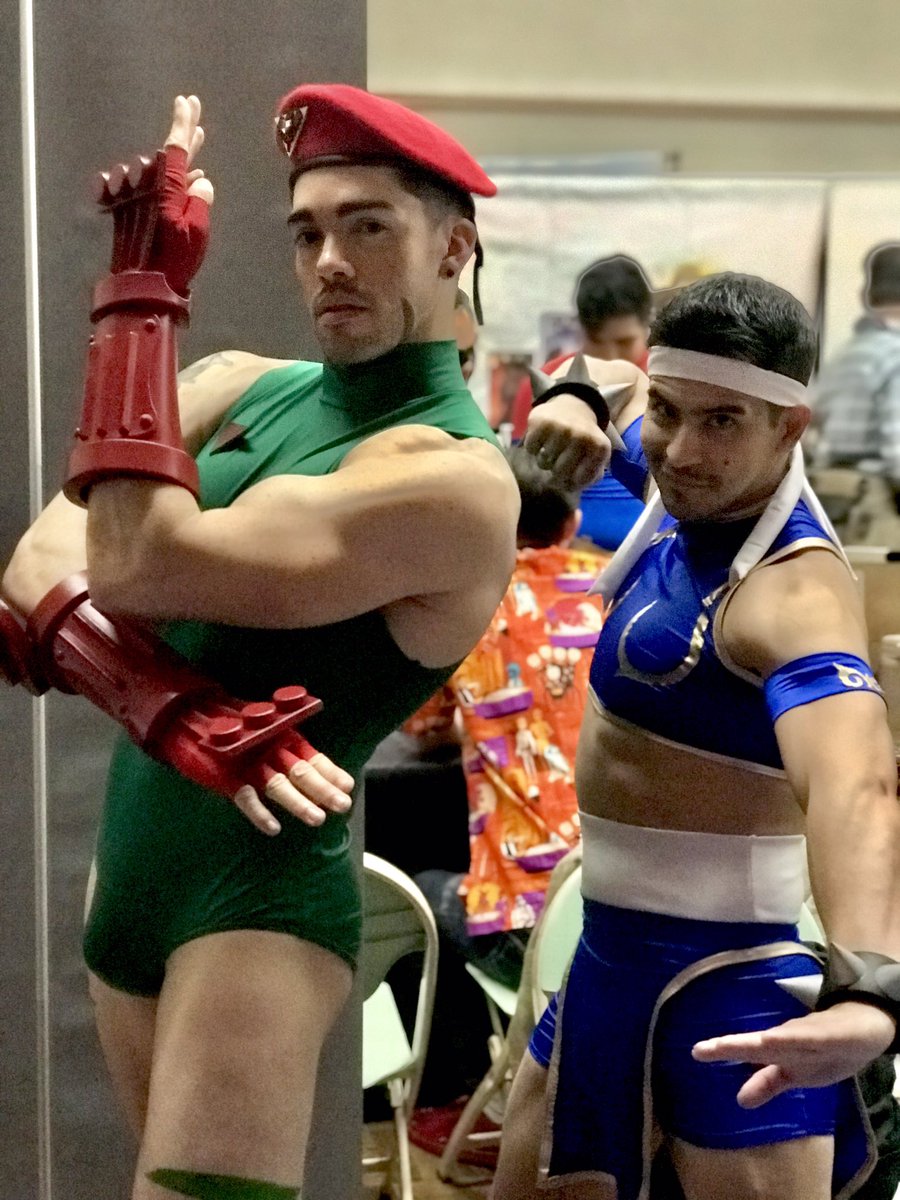 At the raffle, one attendee won a huge TV.

Prism Comics President Ted Abenheim decided to start Q Con to create a space for LGBTQ artists, vendors, fans, and allies. It had been nearly a decade since BentCon, a previous LGBTQ focused comic convention held in 2014 in Burbank.

He applied for an arts grant from the City of West Hollywood Arts Division, and it got approved. The event was also part of the WeHo Pride LGBTQ Arts Festival (May 22-June 20). 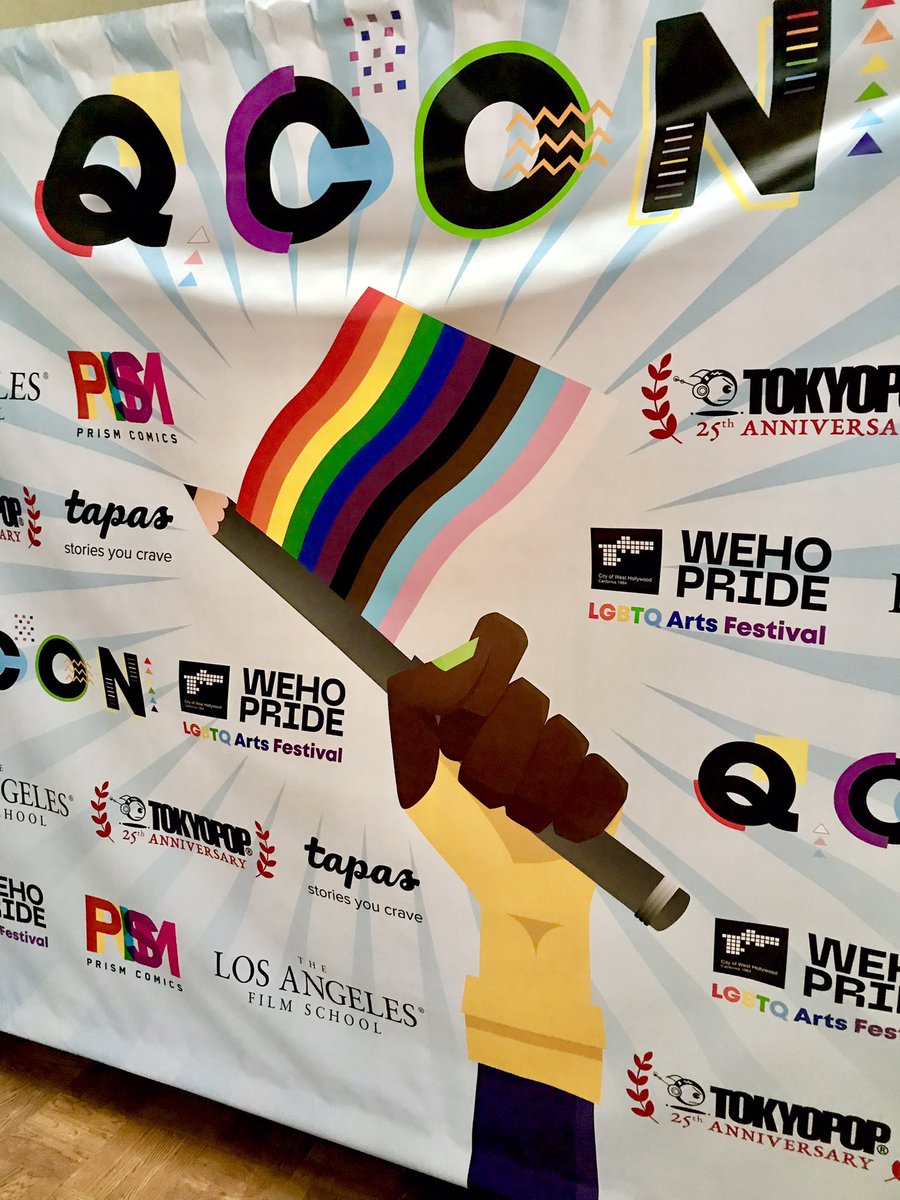 The event was successful, with more attendees than expected at the expo floor, cosplay competition and more.

There are plans to do another next year.