Ready Player One brings VR to the mainstream with a fun visual roller coaster ride crammed with pop culture 80s references. There are some issues, but overall, it’s a fun ride. 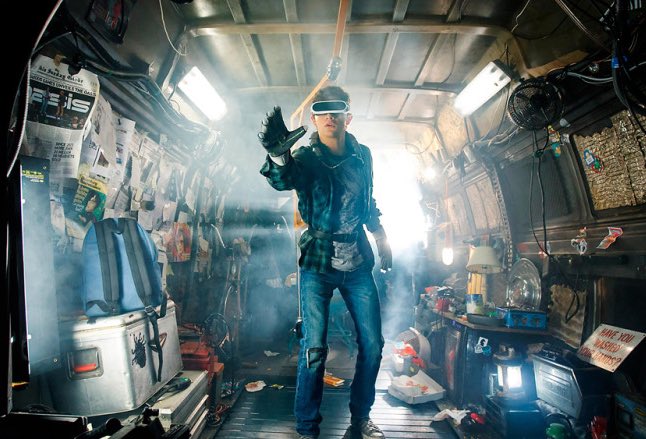 In the film set in a dystopian 2045, Wade and everyone else escapes the humdrum of the real world by putting on VR goggles to enter the Oasis virtual world. The goal: find three keys to solve the dead billionaire game creator’s puzzle and unlock the grand prize: his fortune and ownership of the Oasis.

With Steven Spielberg directing, the film is an action-packed adrenaline ride. The film is thankfully more streamlined and visual than the book. For example the book’s Dungeons and Dragons challenge is replaced by an high speed car chase. The book’s second challenge involving reciting War Games is replaced by a recreation of  certain famous horror movie.

Pop-culture spotting is a lot of the fun. There are more than 130 pop-culture references (according to articles you can Google). SPOILERS include: Batman, the Batmobile, the Back to the Future DeLorean, Halo, Iron Giant, Hello Kitty, Chun-Li from Street Fighter, and Tracer from Blizzard’s Overwatch. Fortunately the movie isn’t JUST pop culture spotting, but it definitely is a fun part of it. 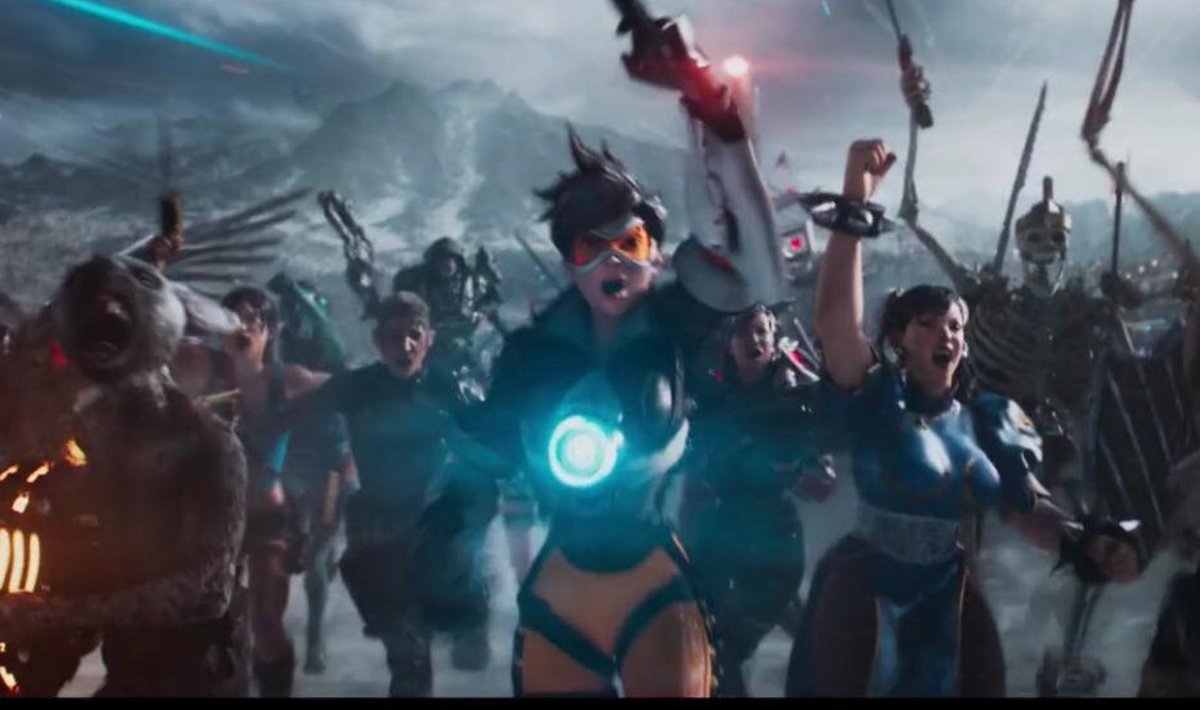 The lead actors are ho-hum, and can barely keep afloat in the swirling sea of VFX. Tye Sheridan plays Parzival/Wade. His low-key demeanor works as stoic visored Cyclops in X-Men. But he needs a little more energy, charisma and pop to match the intensity of the VFX whirlwind in this film. It’s more interesting to watch his more-expressive anime-stylized avatar Parzival than it is to watch him. Olivia Cooke plays Art3mis / Samantha who similarly could use more energy to match the visuals and story. It’s definitely an interesting that the avatars seem more dynamic and fun than the actors themselves, but maybe that’s a message of the film explaining VR’s appeal.

The rest of the High Five crew Lena Waithe (Aech), Win Morisaki (Daito), and Philip Zhao (Sho) are likable and diverse, but overall don’t get to do much beyond One Big Move helping the hero.

The film features several 80s songs you love. Composer Alan Silvestri’s score is perfect to match. He scored Back to the Future, and you’ll smile as you recognize some Back to the Future musical cues throughout the film.

Female characters get to do more in the film than in the book. However, they are still playing in Halliday’s male world of gaming. It’d be nice to somehow see a female-geared level in the Oasis, filled with My Little Pony, Care Bear, Buffy, and other female geek culture favorites. The lone Hello Kitty cameo is not enough. 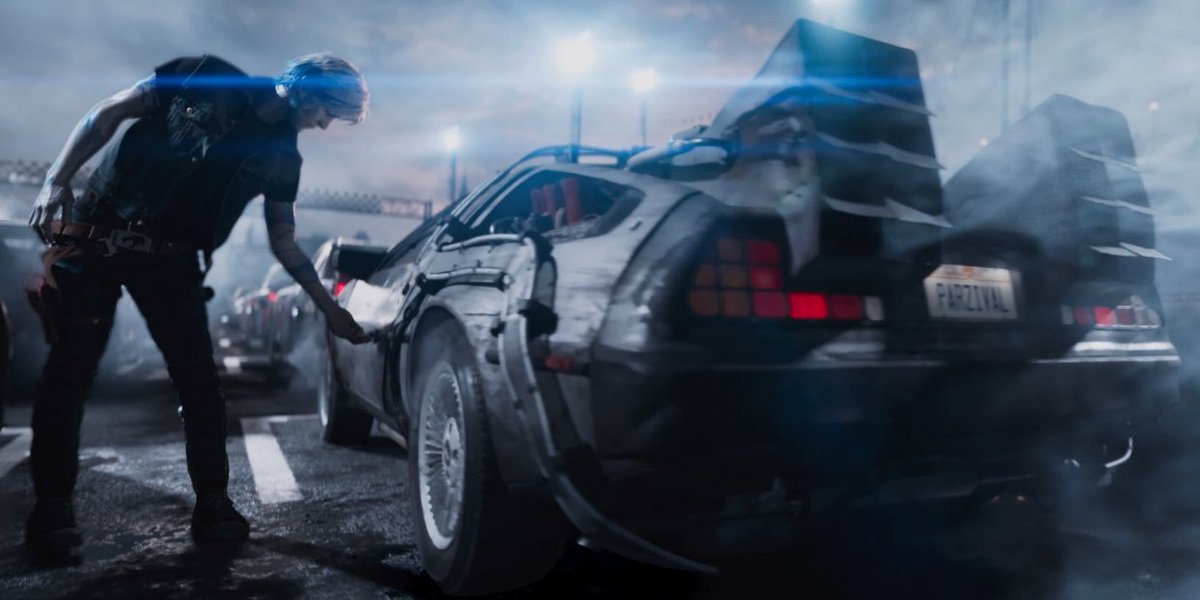 Ready Player One is not the first studio film to feature VR. Lawnmower Man, Virtuosity, and Spy Kids all featured virtual reality in some form during the first wave of VR-to-film in the early 90s.

However, Ready Player One is the first mainstream studio film to feature VR since the VR/ AR wave of the past several years. Now, it’s not just science fiction to put on goggles to enter a VR world. Mainstream audiences can actually do it at VR venues that have opened up in the past year. For example in LA, you can do VR at IMAX VR, or the Star Wars: Secrets of the Empire VR at Downtown Disney or Glendale Galleria.

Overall, the film has a positive portrayal of VR as fun escapism. Characters have avatar friends in the Oasis game that translate to friends in real life. RPO largely avoids the negativity of the Black Mirror series. There is a little reminder at the end not to spend TOO much time in VR, but overall, VR is a good thing in RPO.

What do LA VR executives think about Ready Player One?

We asked several VR startup CEOs, founders and to her executives their opinions about Ready Player One. Many of them have spoken at our previous VR events.

“Ready Player One was awesome,” said Brent Bushnell, CEO of Two Bit Circus, which is opening up an indoor games attraction in downtown LA, including several VR games. “They managed to pull out many of the 80s references to make it more mass market. Loved the closing focus on how awesome reality is compared to virtual worlds.”

“RPO did a great job showcasing a future for VR gaming, but it neglects the educational, training, and therapeutic applications for which immersive tech is so well suited,” said Christina Heller, co-founder of VR Playhouse. “In the book, I was fascinated by Wade Watt’s OASIS high school, which didn’t make it into the film. Overall, I’m glad it is encouraging conversation about our industry as we move into this next phase.”

“It will definitely increase the awareness and understanding of VR,” said Laurent Scallie, CEO of Red Pill VR, based in LA.

“I loved every minute of this film,” said Ryan Pulliam, co-founder of award-winning Specular Theory VR/AR mixed reality studio. “Spielberg nailed the entertainment aspect of VR in a fun and exaggerated way. It was awesome! I think it’s the new Star Wars for my generation. I’m glad the ending wasn’t too dystopian and that it balanced out the real and virtual worlds.“

What We Need to Get to the Oasis 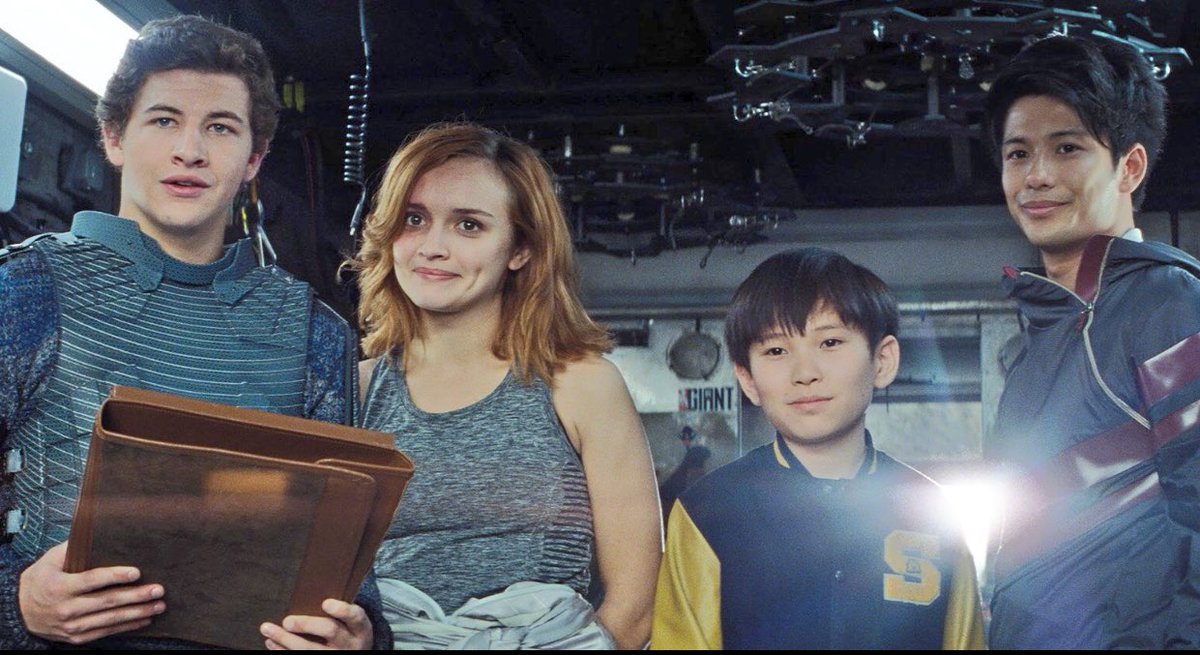 When Ready Player One book came out in 2011, it was very science fiction. But now that we have VR, online virtual worlds and MMOGs now, our daily reality is edging ever closer to science fiction.

Here’s our round up of things we need to get to the RPO world of the Oasis:

Overall, watch this fun film for 80s pop references and positive portrayal of VR. It could use stronger acting, emotional heart and story. But overall, a fun VFX romp.

Definitely check out the Ready Player One Challenge, a free escape room that recreates the trailer stacks of the film, located at Hollywood & Vine through opening weekend of the film. Our review.