We’re so excited that San Diego Comic-Con is back in full force with panels, events, pop-ups, parties, July 20-24 at the San Diego Convention Center and nearby areas. 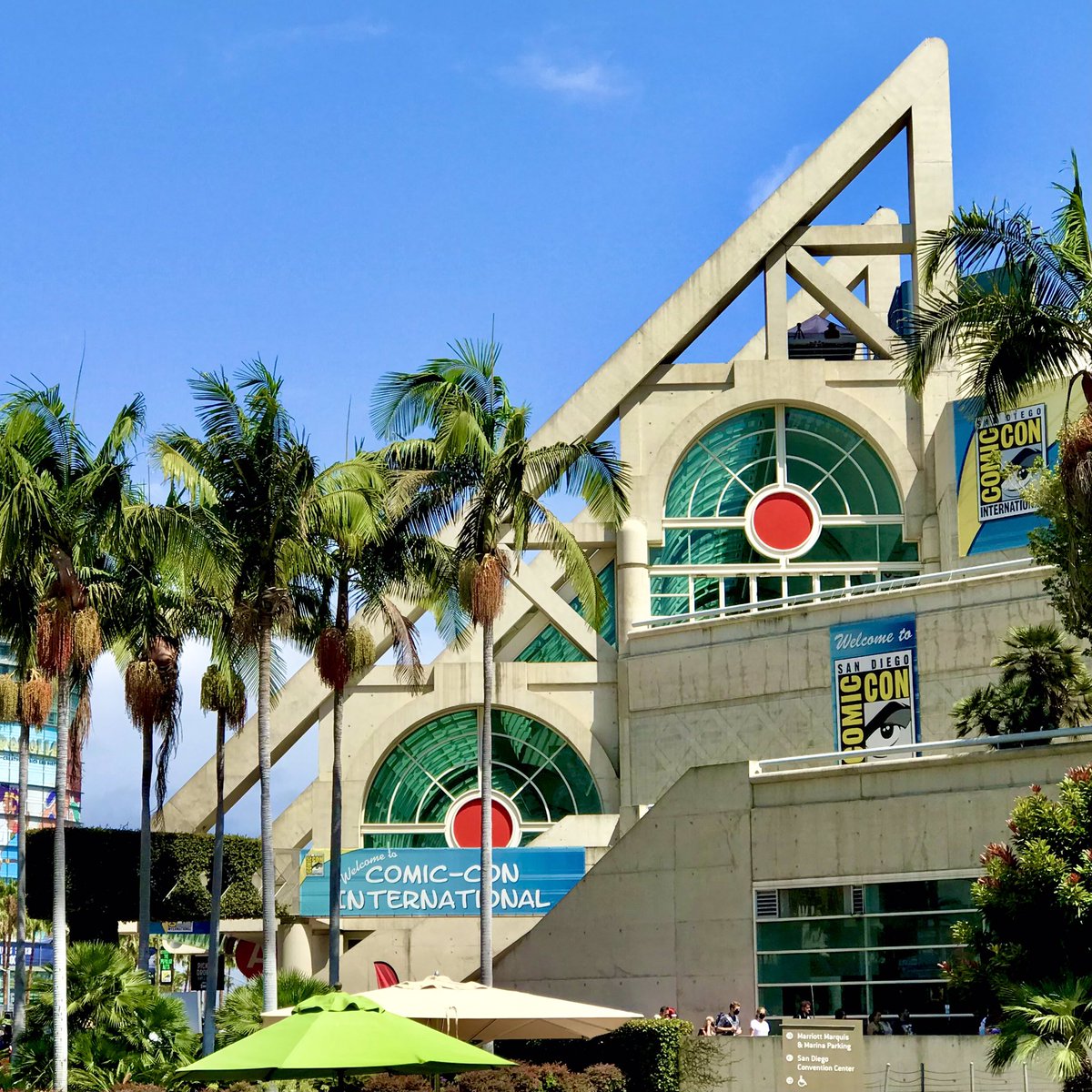 While the Thanksgiving Special Edition in November 2021 was like a nostalgic throwback to a kindler gentler Comic-Con 20-30 years ago, it was quite different from the regular summer SDCC. There were no Marvel, DC or other major publishers, the show floor, nor on panels. Almost no celebs and talent in person (except for maybe some Shang Chi stunt people and a La Brea actor Zoom). Just lots of indie comics and retailers. Few parties.

SDCC 2022 is back with complete schedule of programming, Marvel Studios return to Hall H, activations and more.

Plus, our founder Kevin Winston moderates two panels: Diversity in Comics, Film, TV on Thursday 4p (Marriott Marina), and VFX for Movies and TV (SDCC Room 5AB).  And our annual Digital LA – Comic Cocktails open to anyone (badge not required) is back on Saturday night, RSVP. 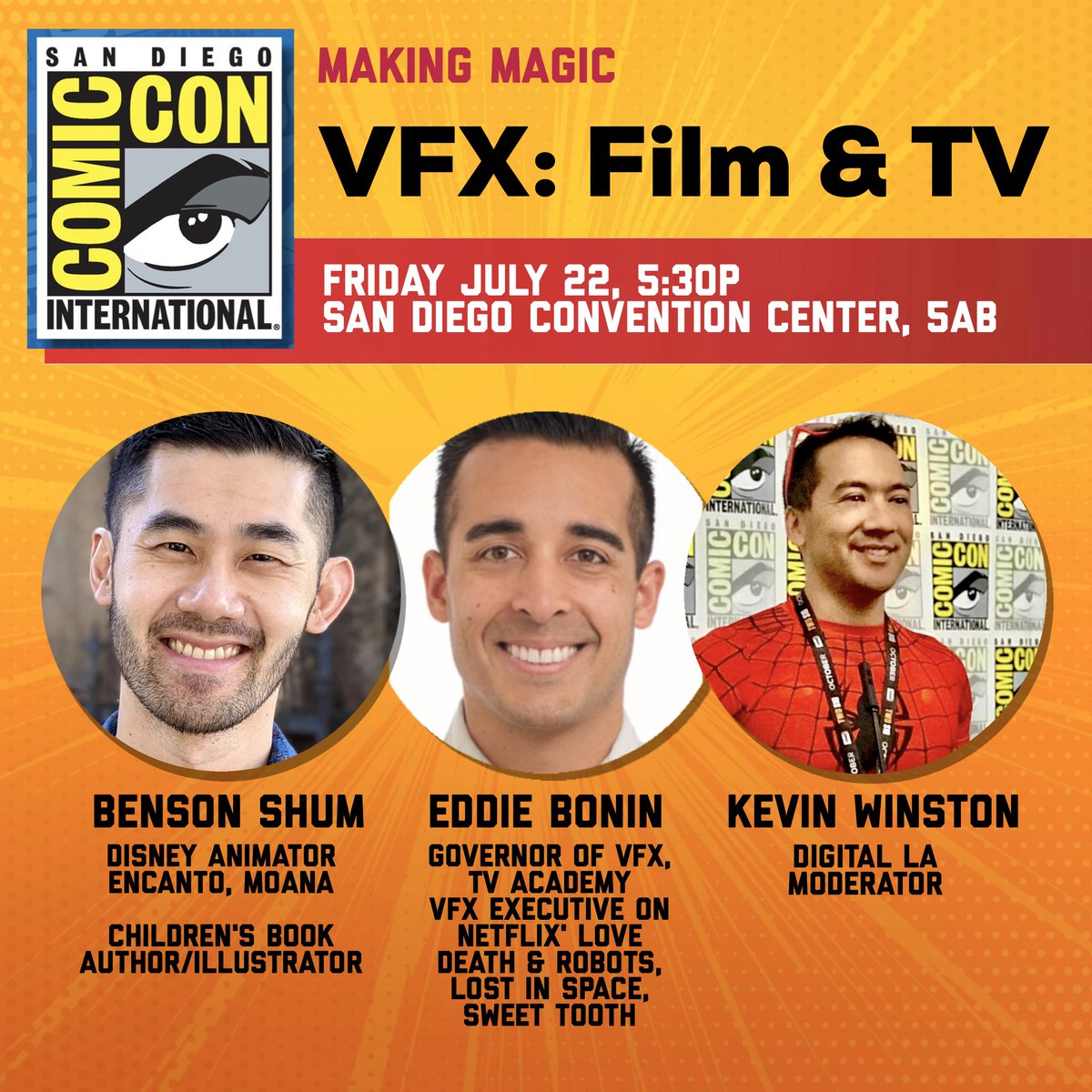 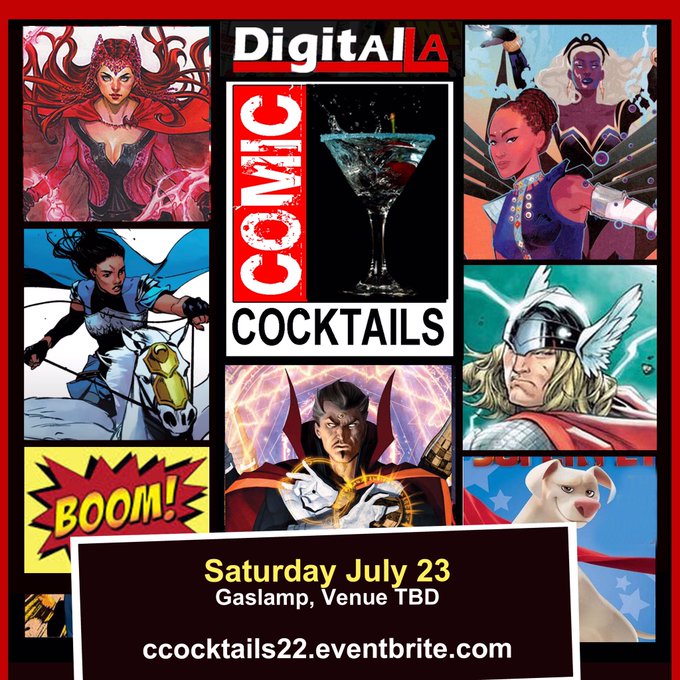 Marvel Studios Hall H. Kevin Feige and Marvel Studios crew return to Hall H. Last time in 2019, Kevin revealed several Phase 4 movies and shows that have all happened (except Blade) in the past three years. This year, Kevin is expected to share details about the rest of Phase 4: Release the Black Panther 2 trailer, promote She-Hulk which airs next month on Disney+. Trailers, posters and actor appearances may also happen for Guardians of the Galaxy 3, What If?… Season 2, and more.

Parties are back, tho not ALL of them. There used to be 3-4 big parties each night. This year, there seems to be one big party each night and several cocktail hours. Some are private invite only. Some require ticket purchase. This doesn’t list all the parties, but key ones by night.

Sunday:
– None; time to pack up and go home!