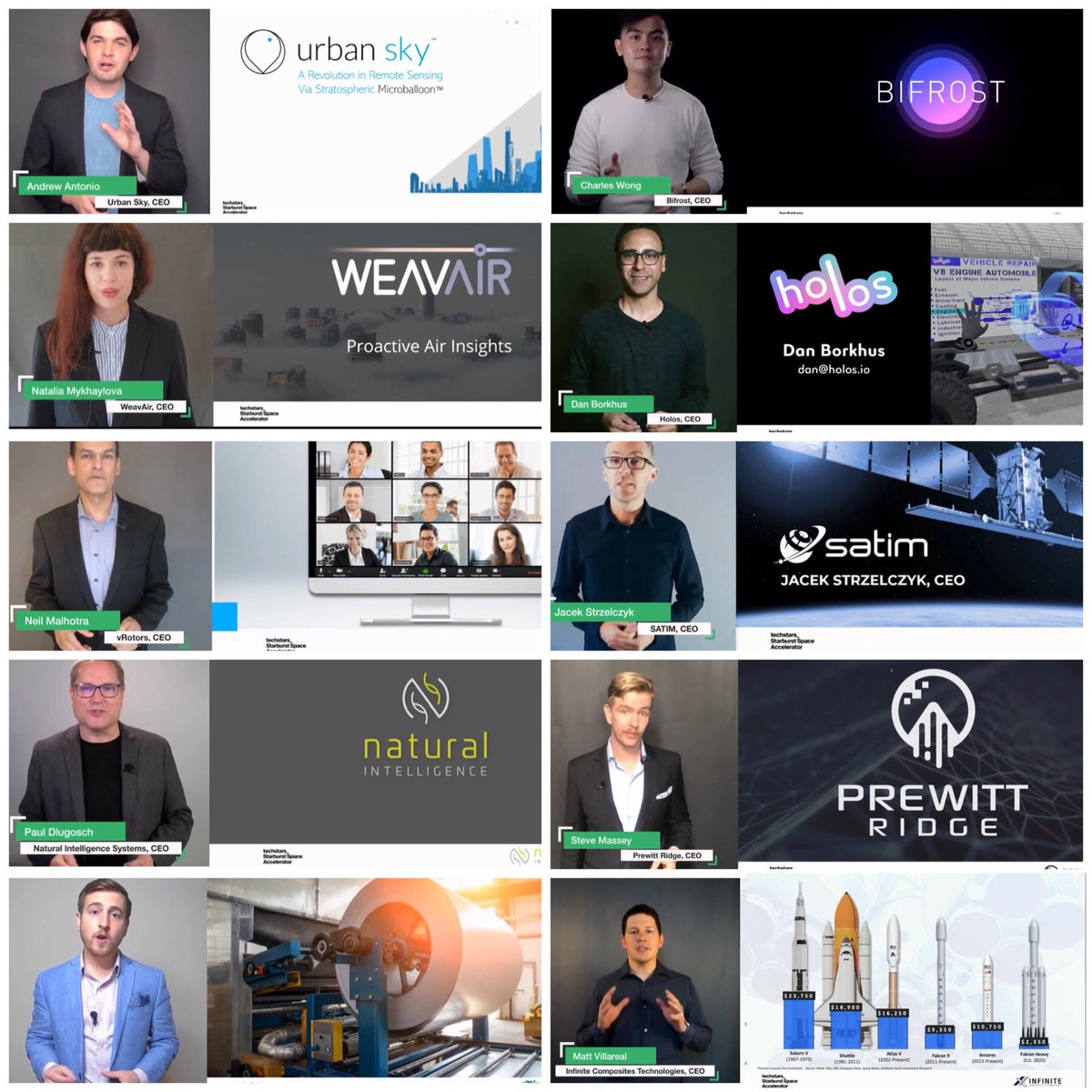 Matt Kozlov said that last year’s first class companies have raised over $27M in grants and funding, commercial partnerships, governmental organizations, and VCs worldwide. The demo day was held at the California Science Center in downtown LA, followed by a banquet under the Endeavor space shuttle.

This year’s second class had to adapt to being all virtual for 10 weeks, said Matt Kozlov, Managing Director of Techsters Starburst Accelerator.

But that’s what startups do.

“We adapt. To be honest, adapting has largely worked in our favor,” said Kozlov. “Being virtual has allowed our program to engage mentors, our partners, customers, and venture capitalists from around the world without location, logistics or travel slowing us down.”

Mentors and partners form around the world and across time zones, met with teams via Zoom meetings to help them develop their ides, make partnerships and practice pitching.

Urban Sky deploys a network of micro balloons with high-resolution remote sensing cameras, launched in the the stratosphere, the between commercial air space and space. Its micro balloons can take photos of say, impact of wild fires. Urban Sky announced a partnership with Arturo insurance company in Colorado.
https://urbansky.space/

vRotors lets you use your computer, tablet or phone to control a network of drones to fly to an area, take photos, and videos, and communicate with others. Companies pay an annual subscription to access vRotors  drones to maintain of their cell towers and oil wells. vRotors announced partnerships with Honeywell on autonomous supervision of their air taxi fleets.
https://www.vrotors.com

Bifrost’s synthetic data API that allows AI teams to generate their own custom datasets up to 99% faster – no tedious collection, curation or labelling required. Applications include geospatial analytics to detect illegal vessels at sea, and tracking specializing vehicles. Bifrost will generate synthetic martian terrain data to help NASA train its next mission to land safely on Mars.
https://www.bifrost.ai/

During the Demo Day, Techstars’ Starburst Space Accelerator’ partners and mentors from NASA, Maxar, Lockheed Martin, and other organizations described their support for the program.

Watch the Demo Day pitches on YouTube and at http://demoday.techstars.com