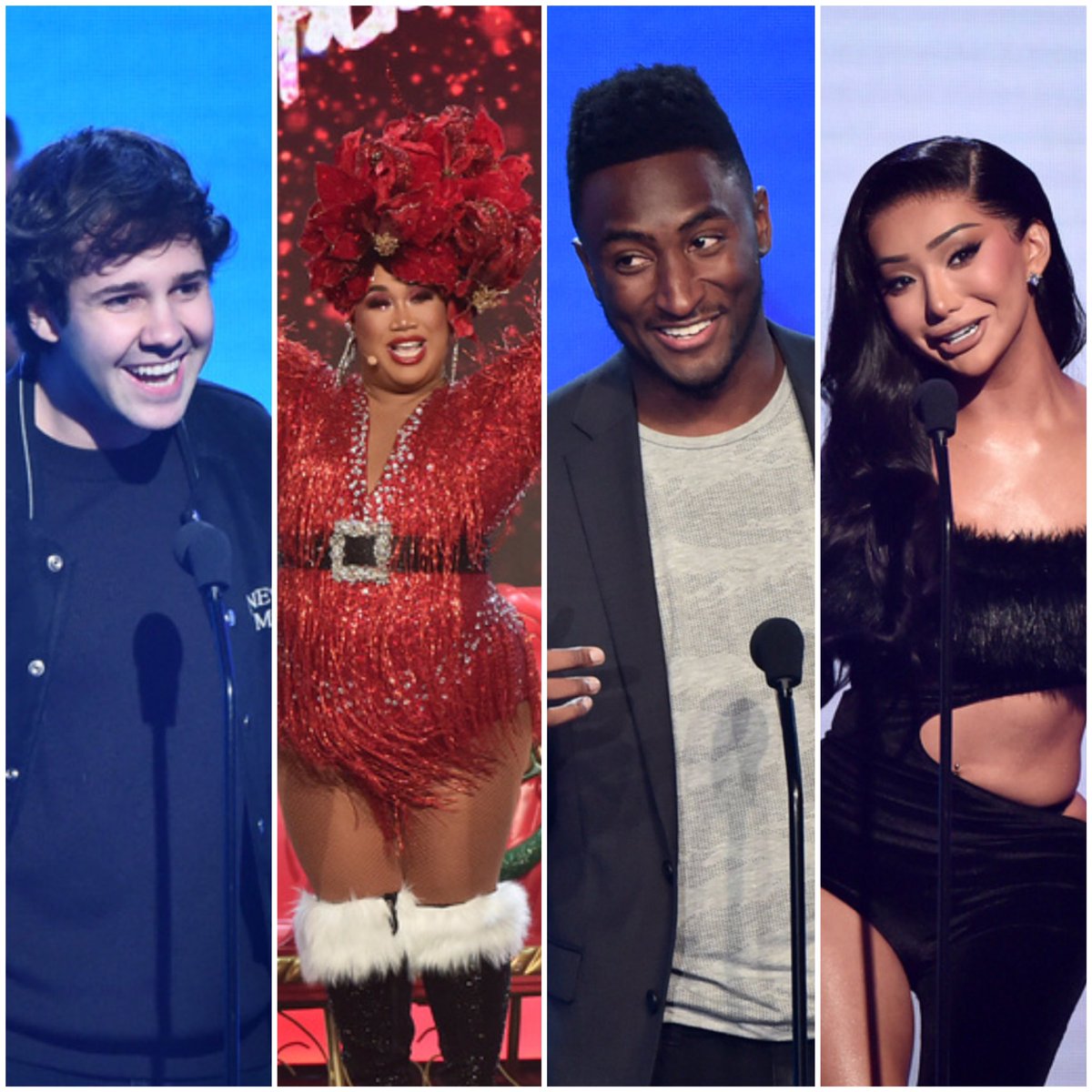 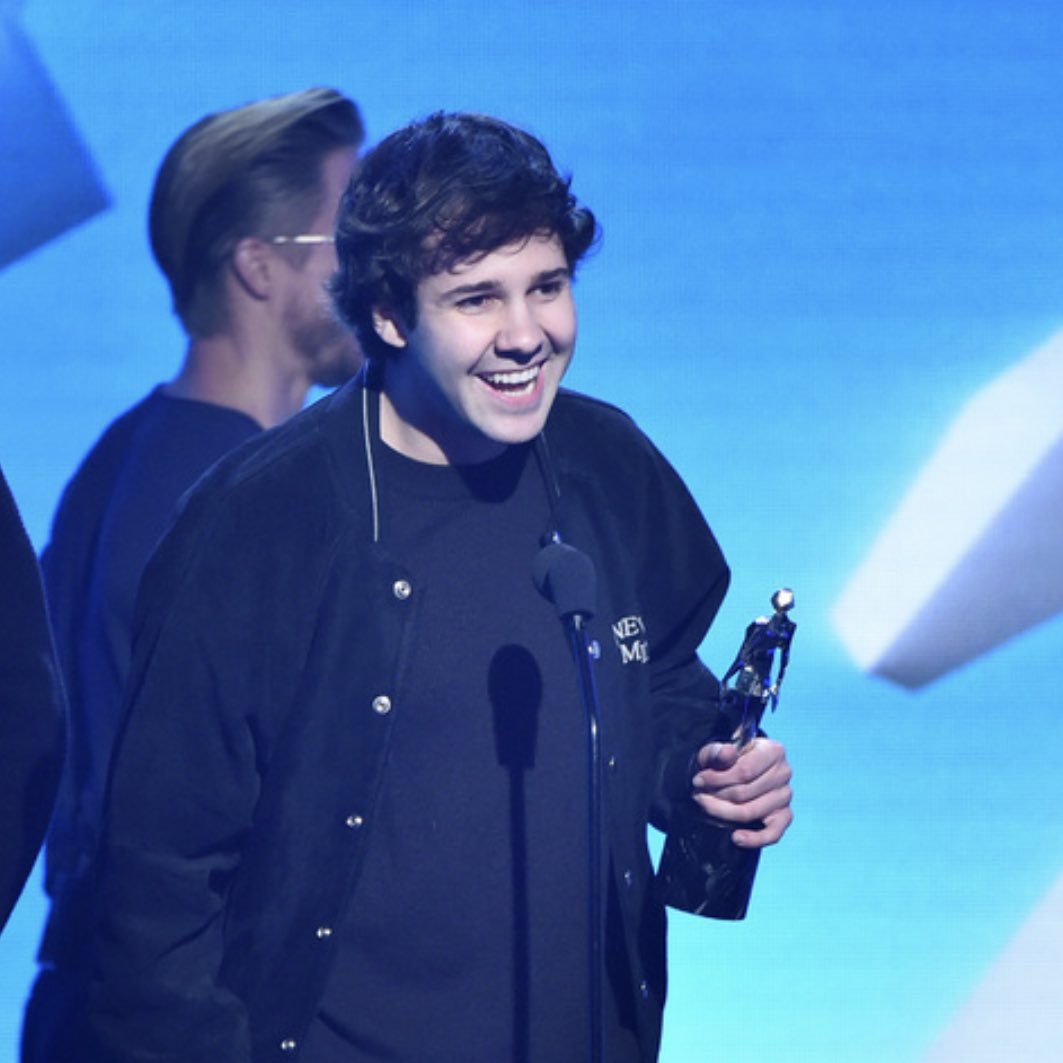 Patrick Starrr won the Fashion award, saying, “I’m here to tell you that you’re beautiful and that makeup is a one size fits all.” Patrick also performed the world premiere of “Six Days of Christmas” song with each lyric starting “On the __ day of Christmas, the Internet gave to me…” 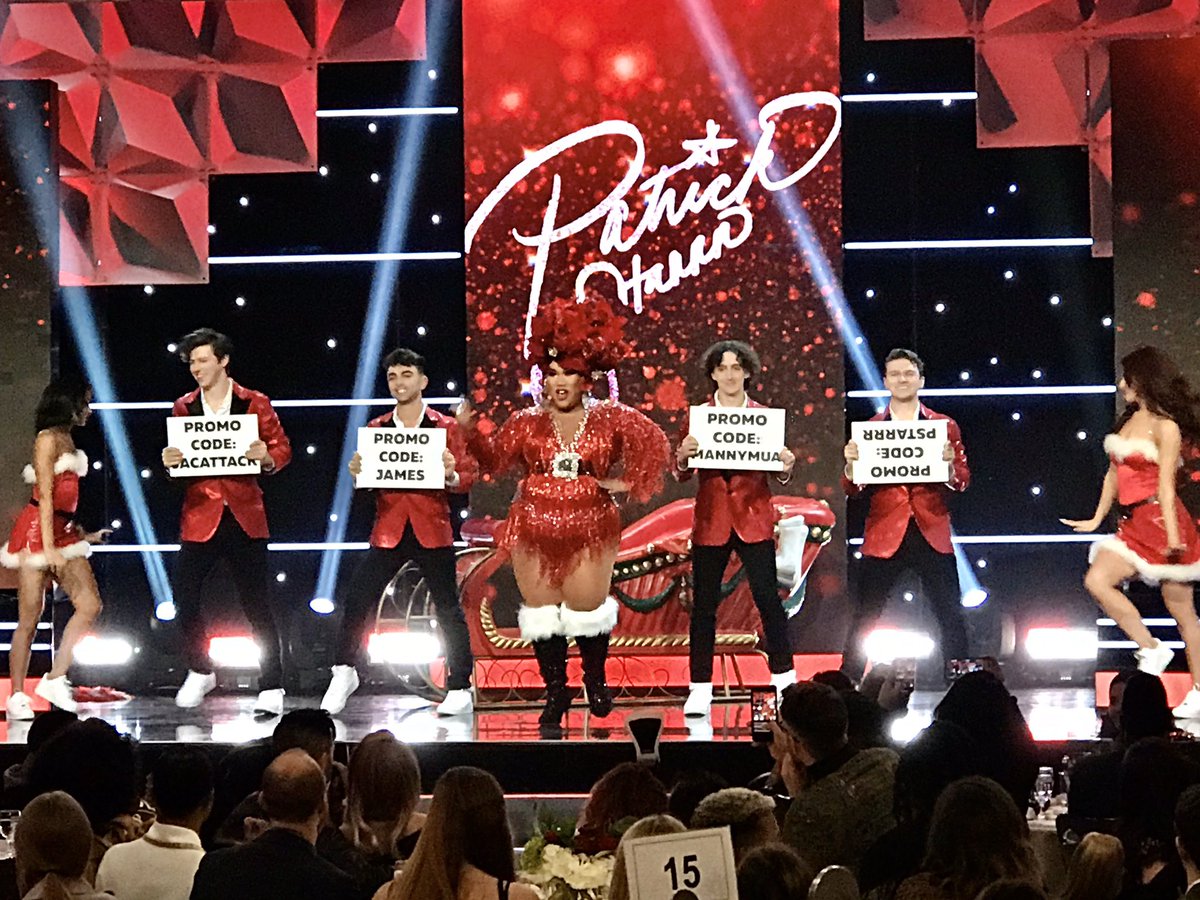 Matthew Patrick of Game Theorists won the Gaming Award. He surprised the audience, appearing on stage bald, because he had just shaved his head for a fundraising challenge. Mathew has spoken at our previous Digital LA events. 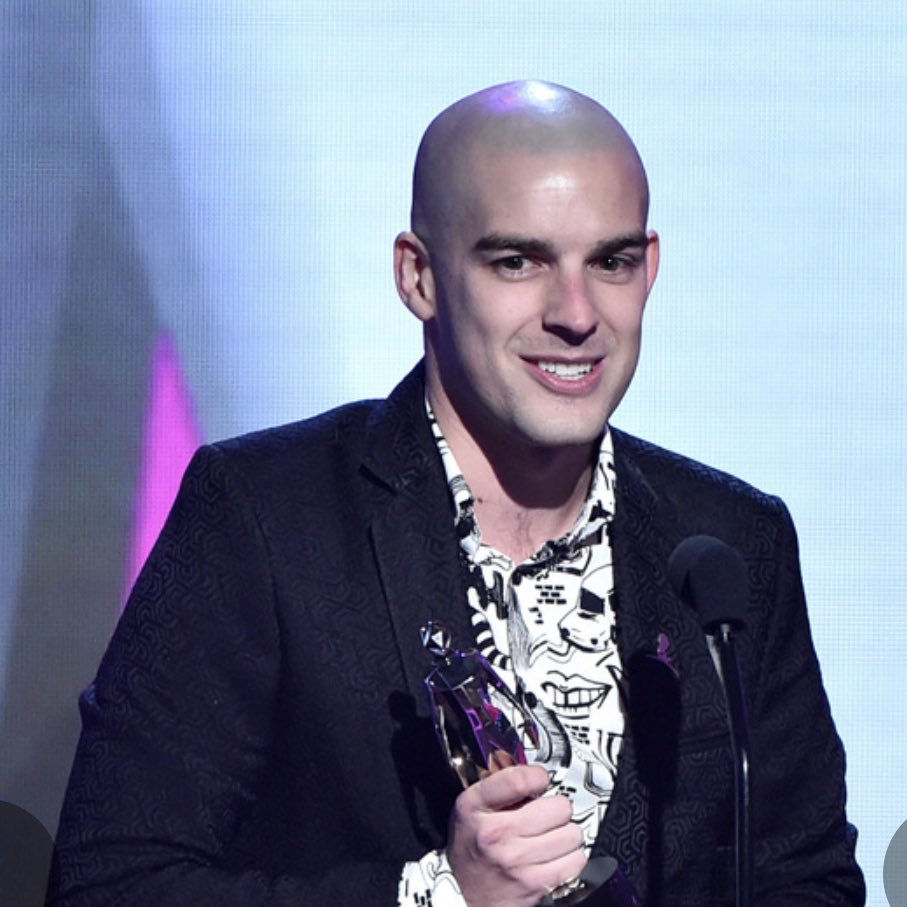 Former monk Jay Shetty won the Health and Wellness award. He is a motivational speaker and content creator who wants wisdom to go viral. He said creators in the room could do much to improve mental health of millions of people. 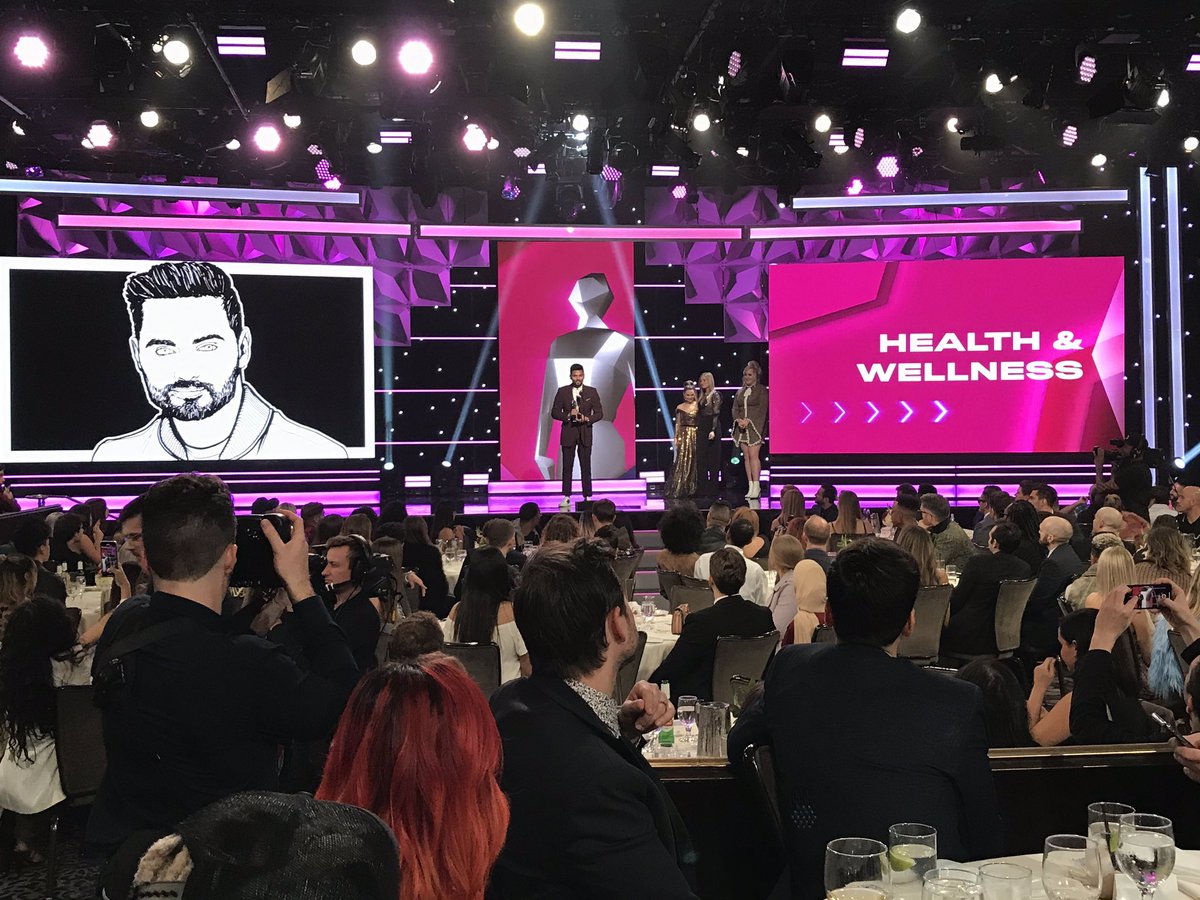 Nikita Dragun won the Beauty award, saying it’s been a journey from a male-assigned Virginia teenager to becoming a transgender creator with a beauty line. 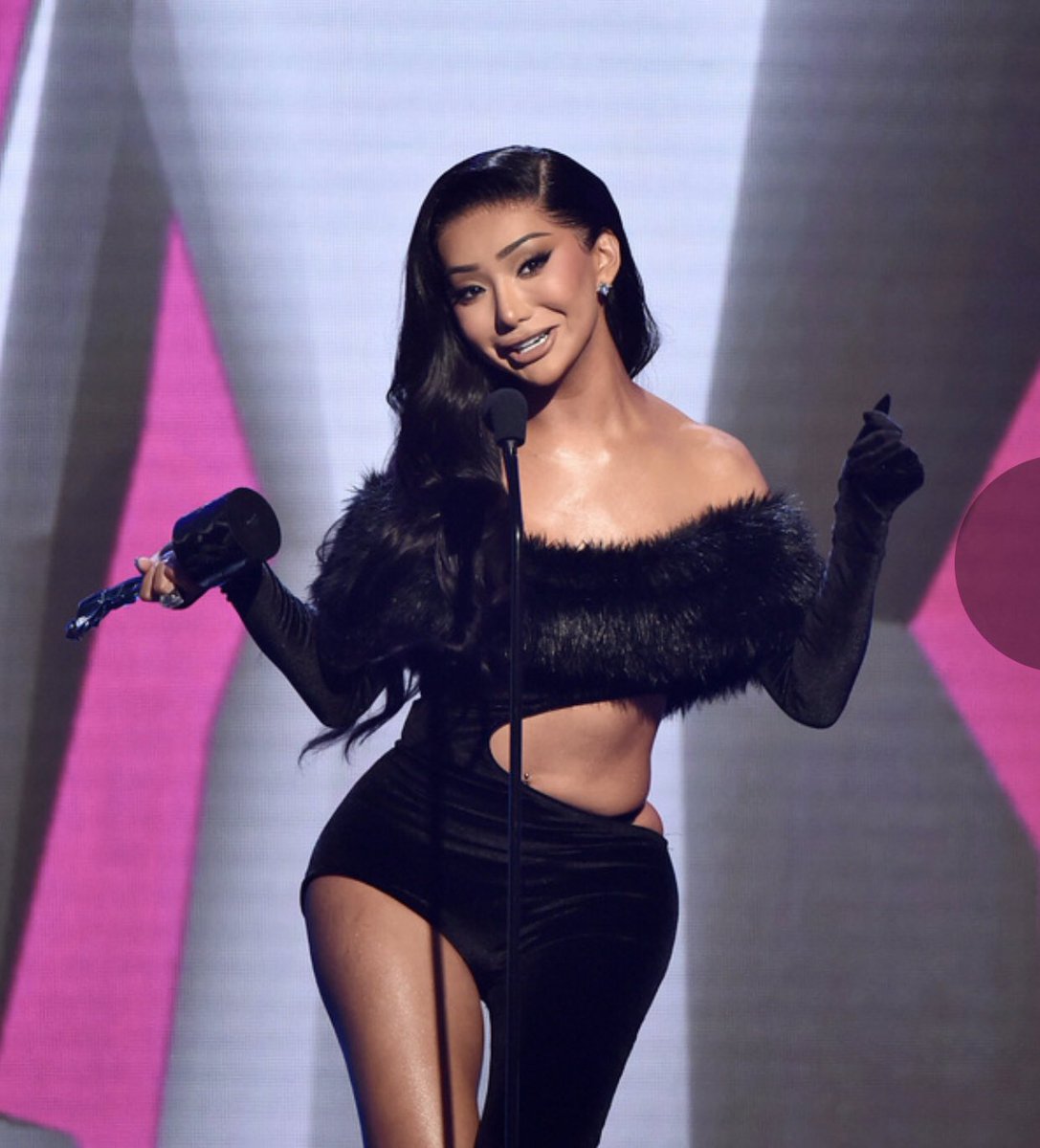 Mr Beast started #TeamTrees to plant more than 18 million trees. Every $1 donated = a tree planted with a goal of 20 Million trees by 2020. 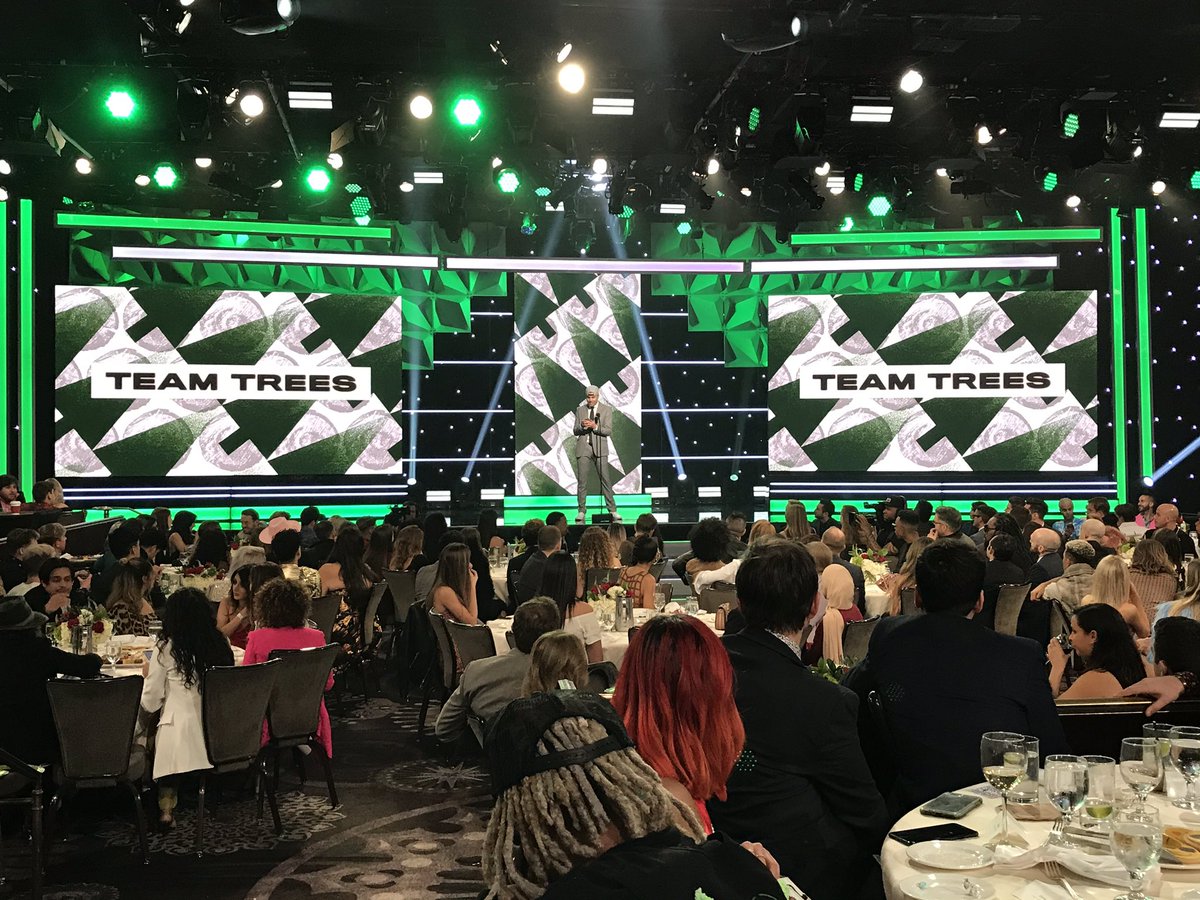 Maqrues Brownlee won the first-ever Technology category, for his video which explain tech to youth audiences. 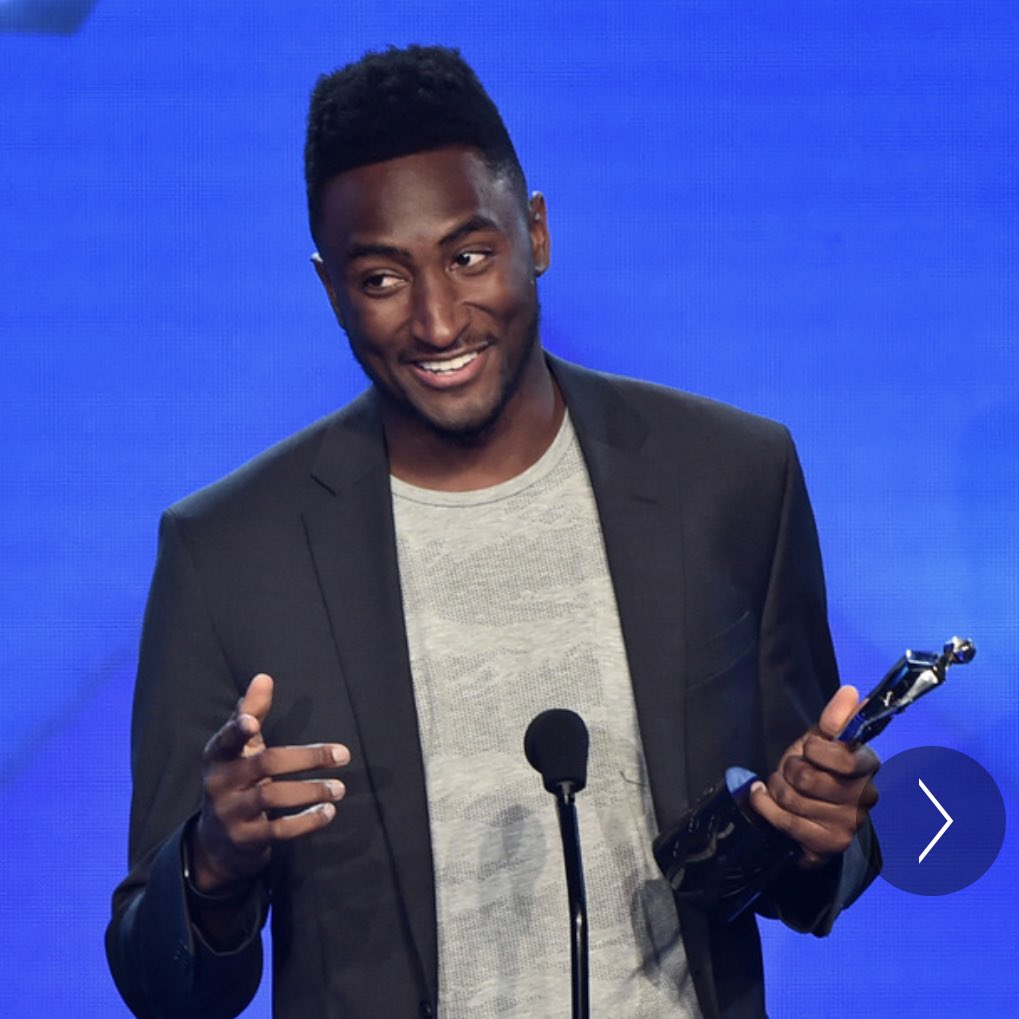 Dance Dytto won the Dance category. She said she didn’t have an acceptance speech prepare because she didn’t expect to win an award for her impromptu dance videos. She performed a dance number earlier in the show. 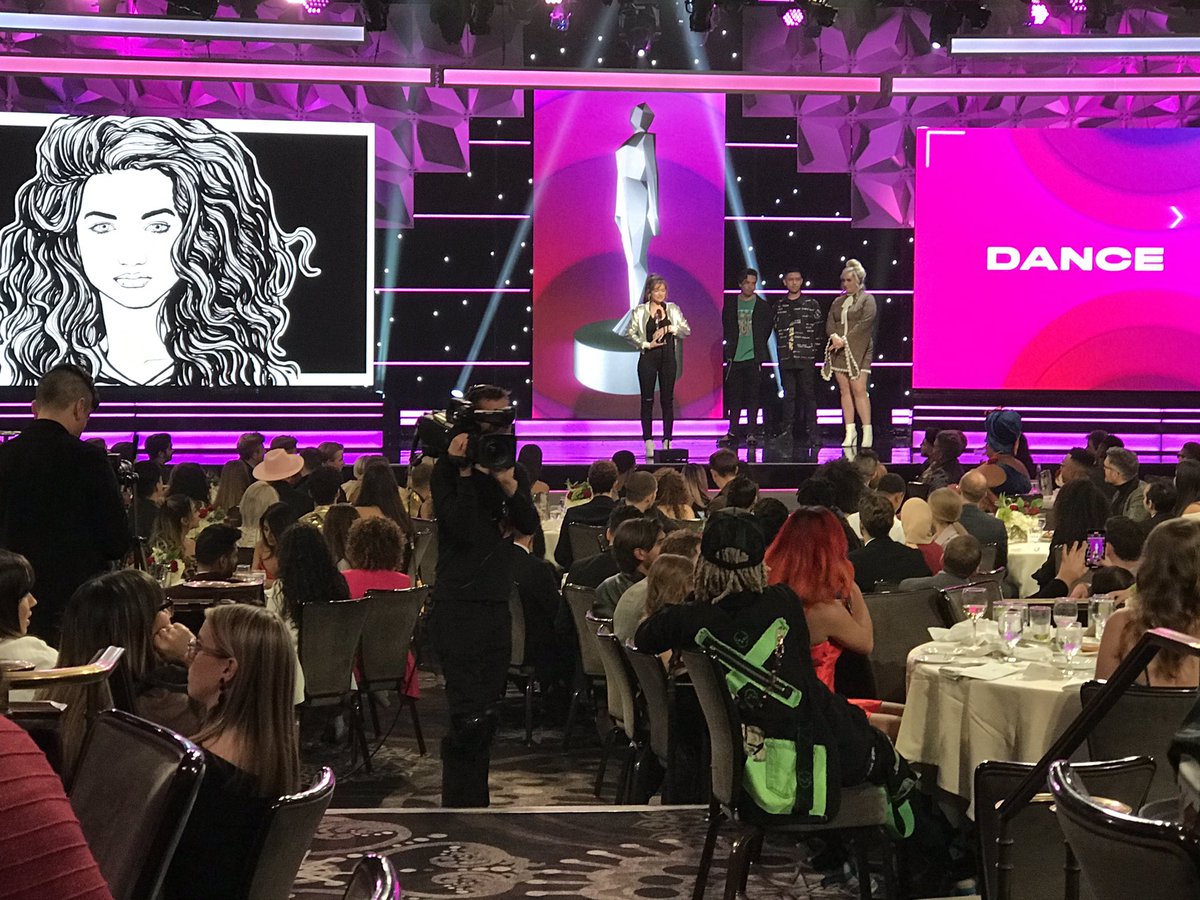 The Streamys went host-less for the first time, following the lead of the Oscars and Emmys, which also have gone host-less in the past year. Instead, several “collaborators” helped announce presenters and move the show along.

Emma Chamberlain coached this year’s Breakout Creator nominees on how to give a good acceptance speech. DIY creators Mr. Kate got distracted while presenting the Lifestyle award and re-designed Joey Graceffa’s table. Rosanna Pansino was joined by her friend iJustine for some live cookie decorating prior to presenting the Health and Wellness award.

Multi-platinum selling artist Normani got the audience up and dancing with her surprise closing performance of her smash hit “Motivation.” 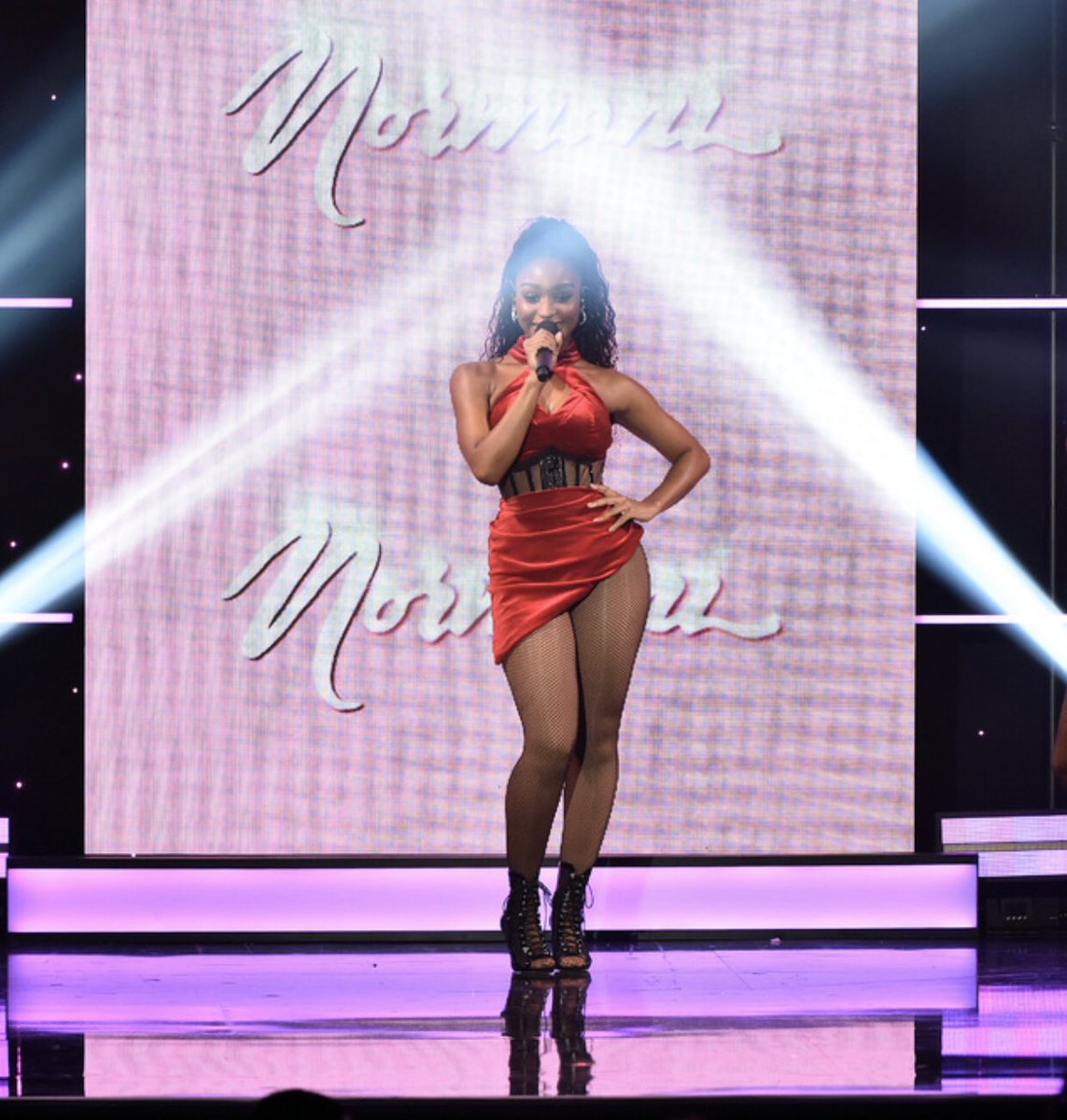 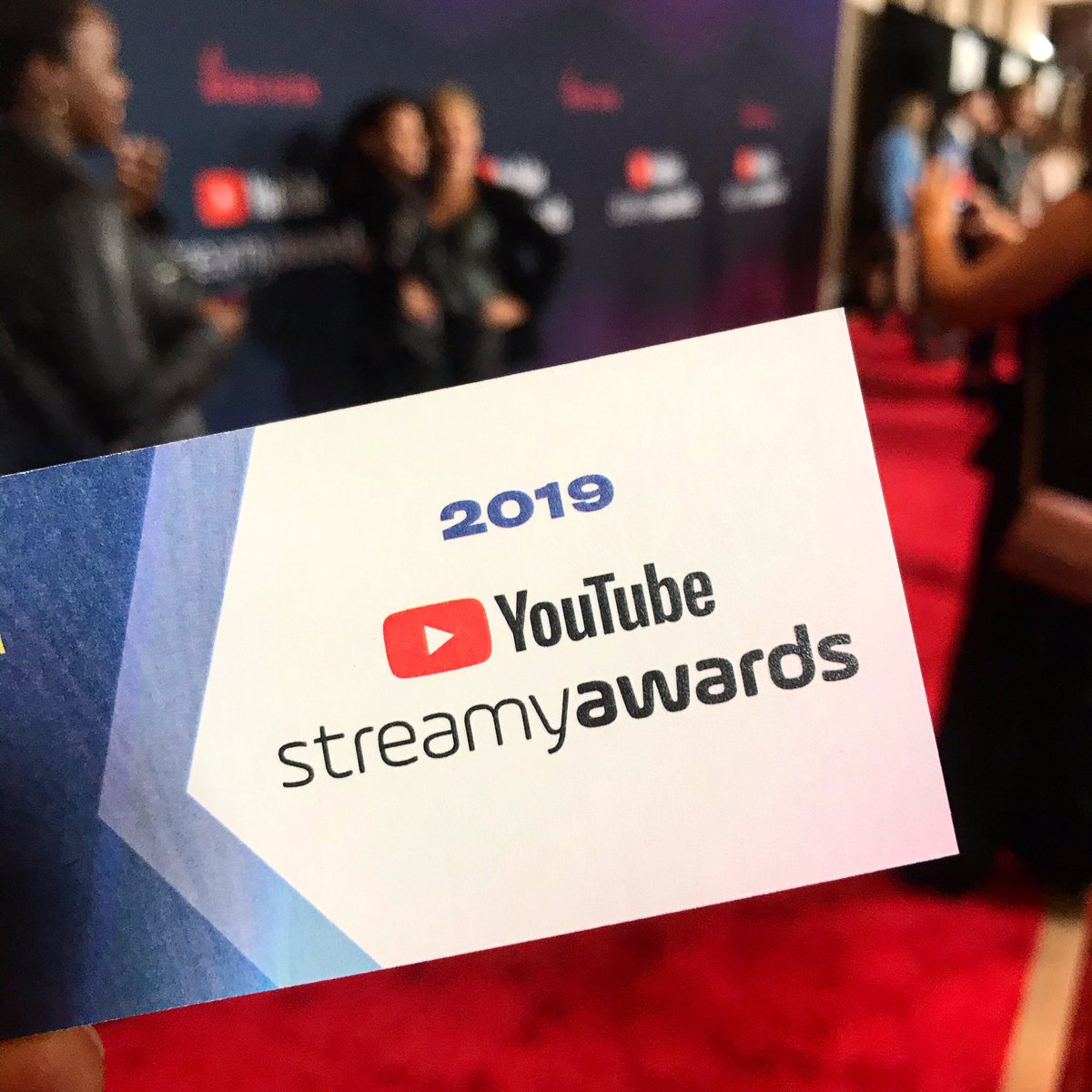 For a full list of winners for the 9th Annual Streamy Awards, please see below.

The Streamy Awards are brought to you by Universal Pictures’ Black Christmas, a timely new take on the cult horror classic from Blumhouse Productions, in theaters today, December 13, 2019.

About the Streamy Awards
The Streamy Awards honors the best in online video and the creators behind it. The annual event brings together the biggest names in online video for a night of celebration, discovery, and meaningful recognition. 2019 marks the second “Streamys Brand Awards,” which honors brand advertising innovation, the creative individuals behind it, and the new wave of celebrities who are helping brands deliver their message, and the third year of the “Streamys Purpose Awards,” which honors individuals and organizations who use online video and social media to amplify their message, foster engagement and participation, and make a greater, more meaningful impact. For additional information, visit www.streamys.org.