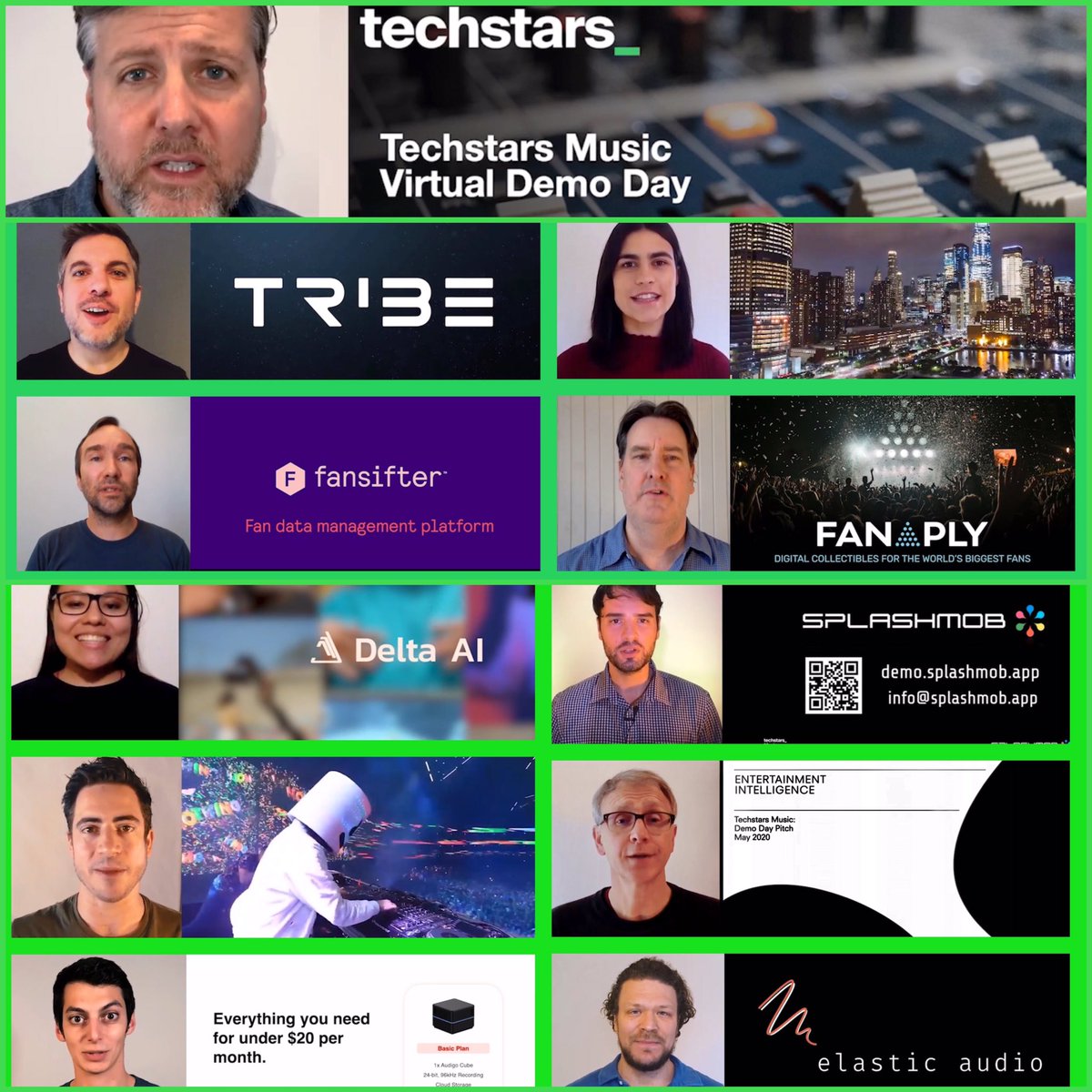 Several of the startups said their innovations in music, especially remote and virtual platforms, are well positioned for the future of music in the pandemic.
This is Techstars Music’s fourth class of music startups, which typically present at an in-person Demo Day in LA. Last year, Techstars Music Demo Day was held at NeueHouse Hollywood with about 400 attendees. This year, the video was released on May 5 via Billboard Pro. Access required free Billboard Pro registration.
Techstars Managing Director Bob ‘Moz’ introduced the startups. He said half of the startups are founded intenationally, outside of the U.S. He also announced a partnership with Amazon Music.
Several representatives from Techstars Music founding companies and partners congratulated the statups and showed their support, including Warner Music, Peloton, and more.
Meet the Startups.
Descriptions from Billboard Techstars site:

Elastic Audio makes audio easy for digital creatives across video games, film, animation, and all AR/VR use cases. Our universal audio platform builds on proprietary tech developed to address pains experienced over 13 years in the game industry, and is monetized by user-friendly subscription tools.

Fanaply creates digital collectibles and fan engagement tools for music, sports, and entertainment. Our digital collectibles, similar to the virtual goods sold in video games, let fans show-off and be rewarded for their fandom both online and in the real world. Fanaply currently powers Coachella Coins, rewarding fans who engage in preferred behavior onsite and at home, creating true engagement for the festival, artists and other stakeholders.

FanSifter is a fan data management platform built to help rights-holders in music, entertainment, and sports increase sales of tickets, music, merch, experiences and sponsorships. By securely storing audience data with Fansifter, brands and promoters can now target ad buys to artist audiences without actually sharing data, and artists can better monetize their audience without violating the law or infringing on fan privacy.

Strangeloop Studios is a new media content studio. We specialize in creating virtual characters and telling stories across real-world and digital platforms. Our first virtual artist label Spirit Bomb is an expanding universe of digital beings who shatter physical and temporal barriers while collaborating with real-world musicians and visual artists.

Tribe XR is a VR platform to help you master creative skills, starting with our first product, the Tribe XR DJ school. Students learn by doing, with real teachers providing 1-to-1 and group lessons. As a student masters their craft, they become highly-engaged members of a specialized social network, collaborating and performing inside the platform, across the web, and even in the real world.

ULO (short for UNIDENTIFIED LANDED OBJECT) is a global platform for short-form, immersive experiences. We turn artist and brand visions into micro-experiences, and distribute them across our network of high access locations. Founding team from Snap Inc.