Most VR/AR and esports are seeing increased usage during pandemic, said experts at our Digital LA – VR/AR Esports panel via Zoom. 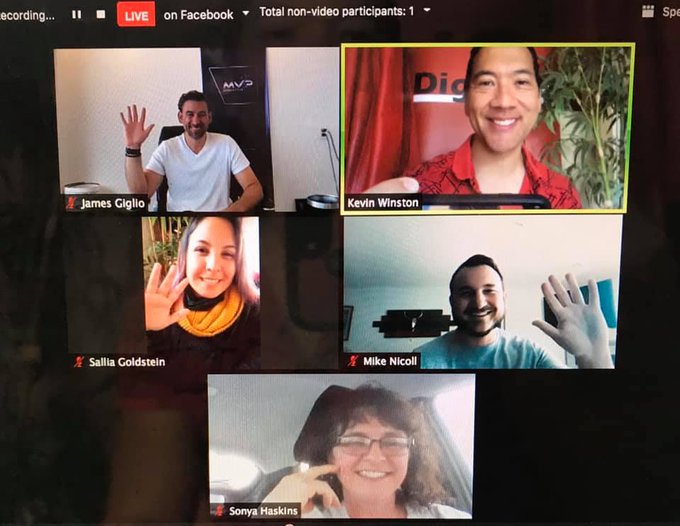 Speakers shared their thoughts and what would happen in these areas as we emerge from lockdown.

Most speakers agreed it would be “a while” before they felt comfortable enough to put on a headset at a location based VR, whether a demo at a conferences or a VR venue. Sonya Haskins said that VR sanitization wipes and sprays after each user – which had been used before – will be even more diligent. She said some venues may use UV disinfection machines like Cleanbox, which says it’s “independently lab tested to kill 99.99% of bacteria, virus and fungi in one minute.”

Thanks Speakers!
– Sonya Haskins is a respected voice and leading journalist in the field of VR esports. As a consultant, she advises those involved in the industry – from players with questions to sponsors and investors seeking insight. Her writing credits include eight books and thousands of articles – over 200 of those focusing on virtual reality, particularly VR esports. Sonya has been in numerous countries promoting virtual reality and speaking at conferences. She was the only seated player and the only female player to qualify for VR League Season 1 NA Nationals.

– Sallia Goldstein, AR Developer of AR filters on Instagram, Snapchat, and Tiktok. She was nominated for a Shorty Award for Snapchatter of the Year. She worked with Pixar to snap photos and draw in dinosaur illustrations as a marketing campaign for The Good Dinosaur.