1. Support artists and bands who want to try VR 360 / livestream. Live Nation works with more than 200 major artists to help bands which are interested in VR to experiment, and to identify bands which would be a good fit for VR and approach them, said Jeff Nicholas, Live Nation, Director of VR Creative and Production. Live Nation has worked with Laguna Beach based NextVR on VR live streaming concerts. 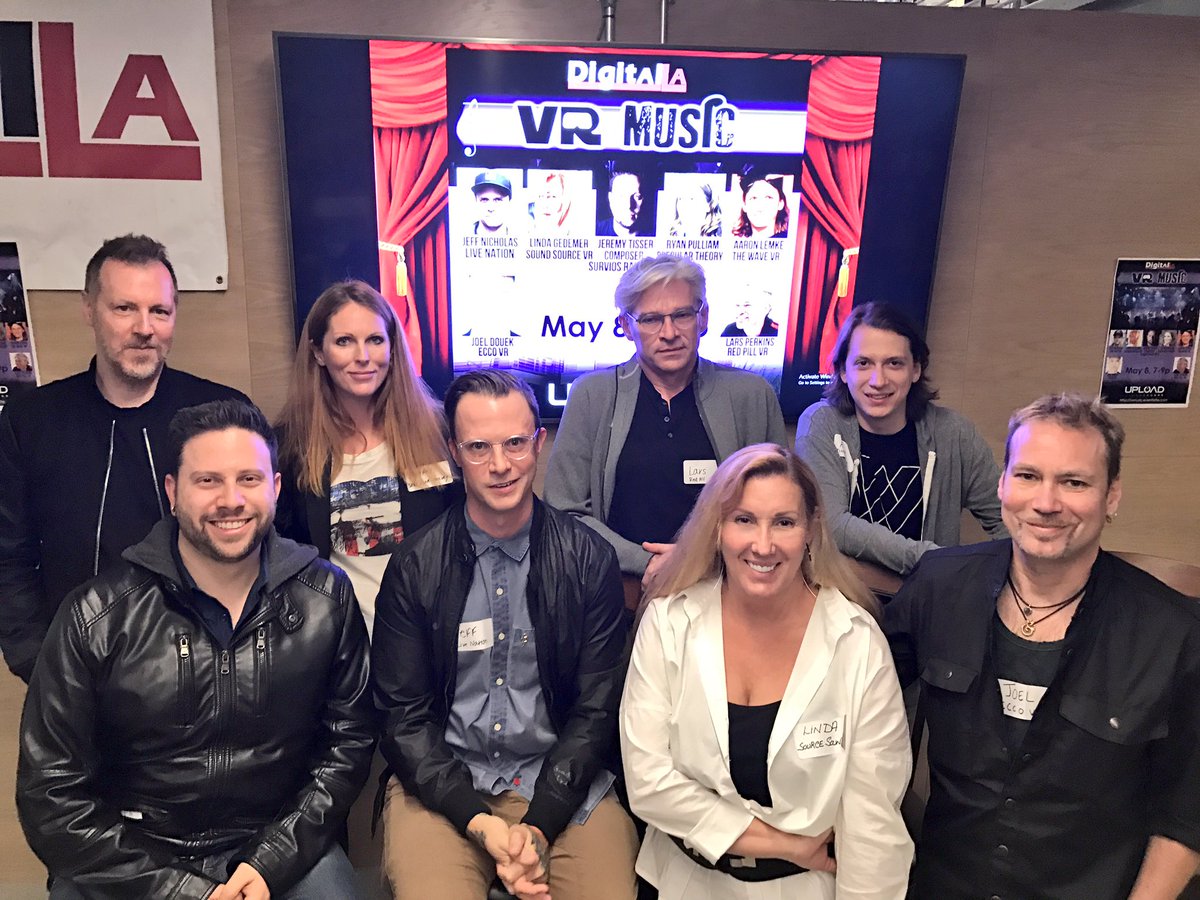 2. Livestream concerts need several VR cameras. It’s important to have enough 5-10 VR camera rigs at concerts so users can jump around to various points, including front row, on stage, in the crowd, backstage. People like to “teleport” around to view an event from multiple angles. Avoid just one camera, and make sure it’s as close to the stage or on-stage if possible, and does not block view of the artists.

“VR is a new platform and has the potential to change everything about the way we consume, create, perform, share, learn, and even teach music,” said Ryan Pulliam, Specular Theory, Co-Founder. In 2016, Specular Theory was chosen by Dolby to create their signature piece for Dolby Atmos to showcase the effective use of spatial sound and importance of ambisonic sound in live-action VR.

3. Get Brands on Board. Several brands are eager to try VR, and will sponsor VR experiences. For example Citibank sponsors the Live Nation – NextVR livestream concert series, giving Citi Cardmembers special access via its site. It’s better to work with brands who realize VR concerts are a marketing and PR tool right now, rather than purely revenue generating. If a brand’s first question is: What are the KPIs (key performance indicators) and ROI for VR concerts, then don’t work with them, because the volume of VR users is not there yet as we are in the very early stages.

4. Use Spatial VR: Use VR spatial sound packages currently available to add spatial sound to VR. In spatial sound, you can control sound’s 360 location, distance, and loudness from the user. When the user is looking at something that is making noise in VR, that source can get louder while other sources get softer. Spatial sound is also used to help direct the user’s attention to a visual cue necessary for storytelling. 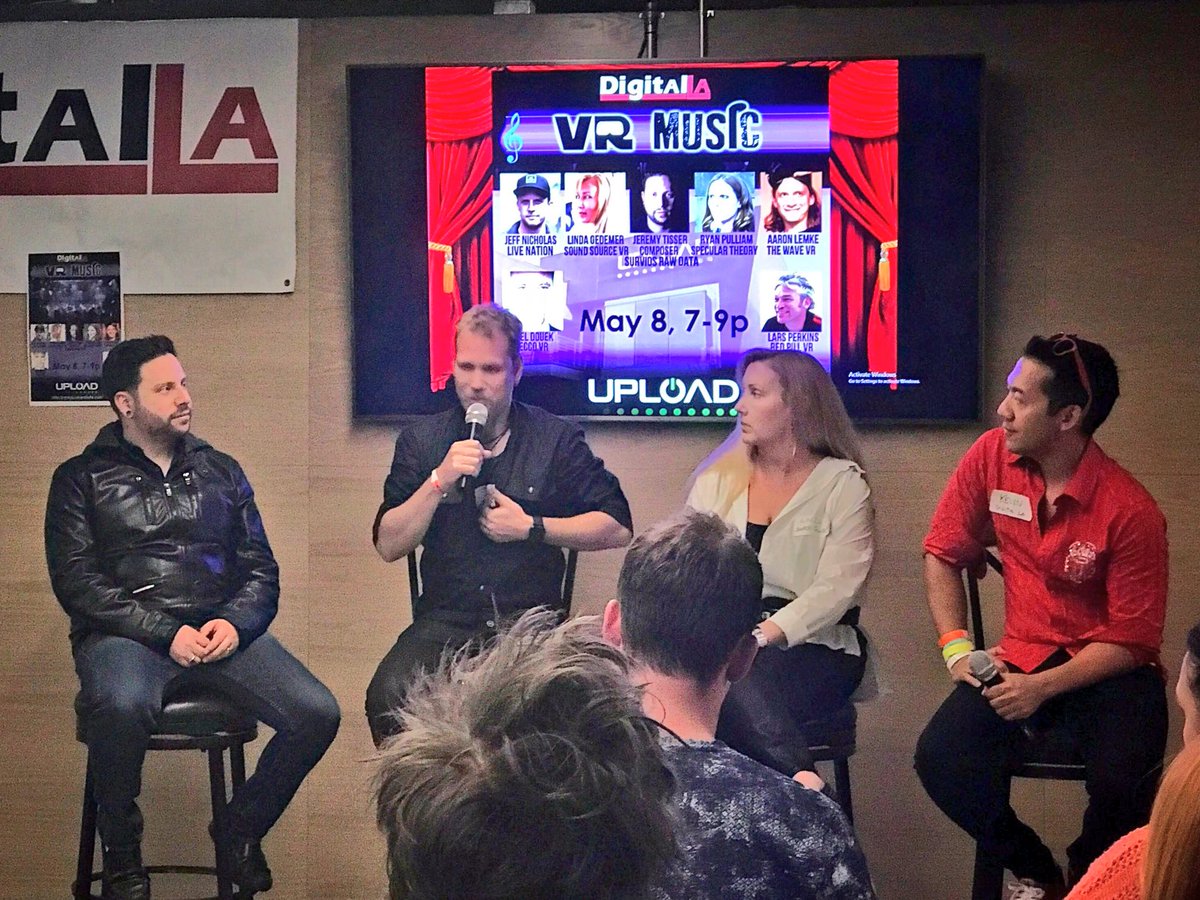 5. Composing for VR experiences can be similar to composing for games or film, or can start to be done with VR in mind. Jeremy Tisser, composer for Survios Raw Data, said that composing for the popular VR game was similar for composing a game, with different theme songs for levels, characters, and cinematic cuts. The difference in VR: overlaying sound effects in space, or having different spatial themes of objects, people levels can start to influencer the composing.

6. Show VCs your VR. Startups in VR should show potential VCs and investors their VR experiences to make sure they “get it” and know what’s cutting edge or differentiating about it compared to other VR experiences. In addition to your VR startup pitch deck, have your VR experience ready to go to show investors in the meeting. Note that many investors tend to invest in VR platforms over content itself. 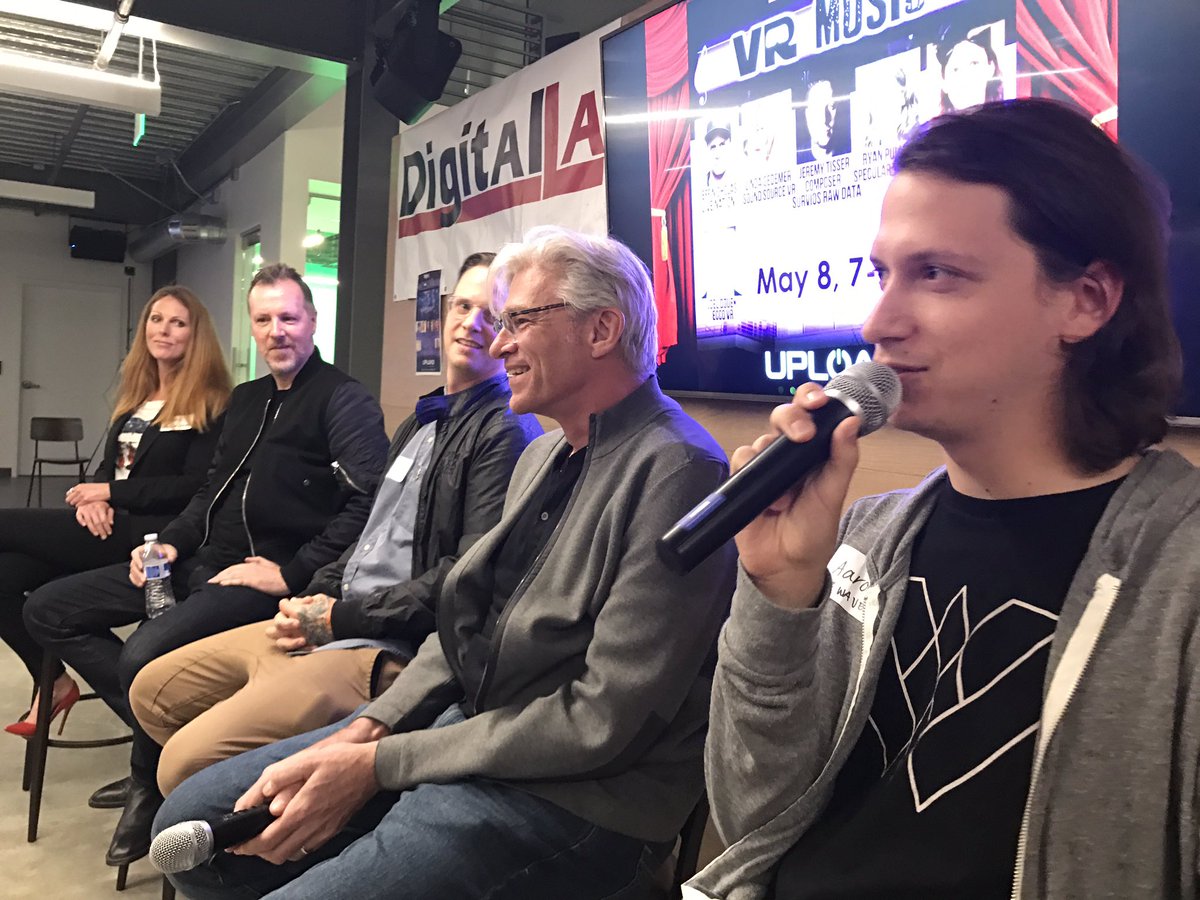 7. Social VR and Music. IRL concerts with friends is part of the concert-going experience at Coachella, etc, but currently most VR concerts are solitary. Being able to experience a livestream concert with other friends via social VR is key. Facebook Spaces could go that route, or companies like AltSpace VR could develop avatar-concerts. Social and Music could be key together.

8. Composing in VR – just like Tiltbrush lets you draw shapes and colors in VR, a VR composition tool could let you paint sounds of string, brass, winds, percussion in 360 space. Tools have not yet been developed, but could be.

10. More VR viewpoints. Smaller, cheaper VR cameras and better stitching and sound will pave the way for more dynamic livestream concert experiences. For example at Coachella, you could jump around to several VR cameras around multiple stages. Or there could be an international VR music festival with multiple concerts in cities worldwide, which you can instantly jump to via VR.

Thanks to the new Upload VR for hosting our event.

The new Upload VR offices just opened in LA. Upload CEO Taylor Freeman said that while the Bay Area has created many VR platforms, it was important to open an office in LA to focus on VR content. Upload LA’s 40,000 sq ft offices includes event space, a VR classroom, demo areas, kitchen area, and co-working open space and private offices for VR startups that apply and are approved into the community. Taylor also said he has a music background, so he was excited to host this event bringing focusing on VR music. 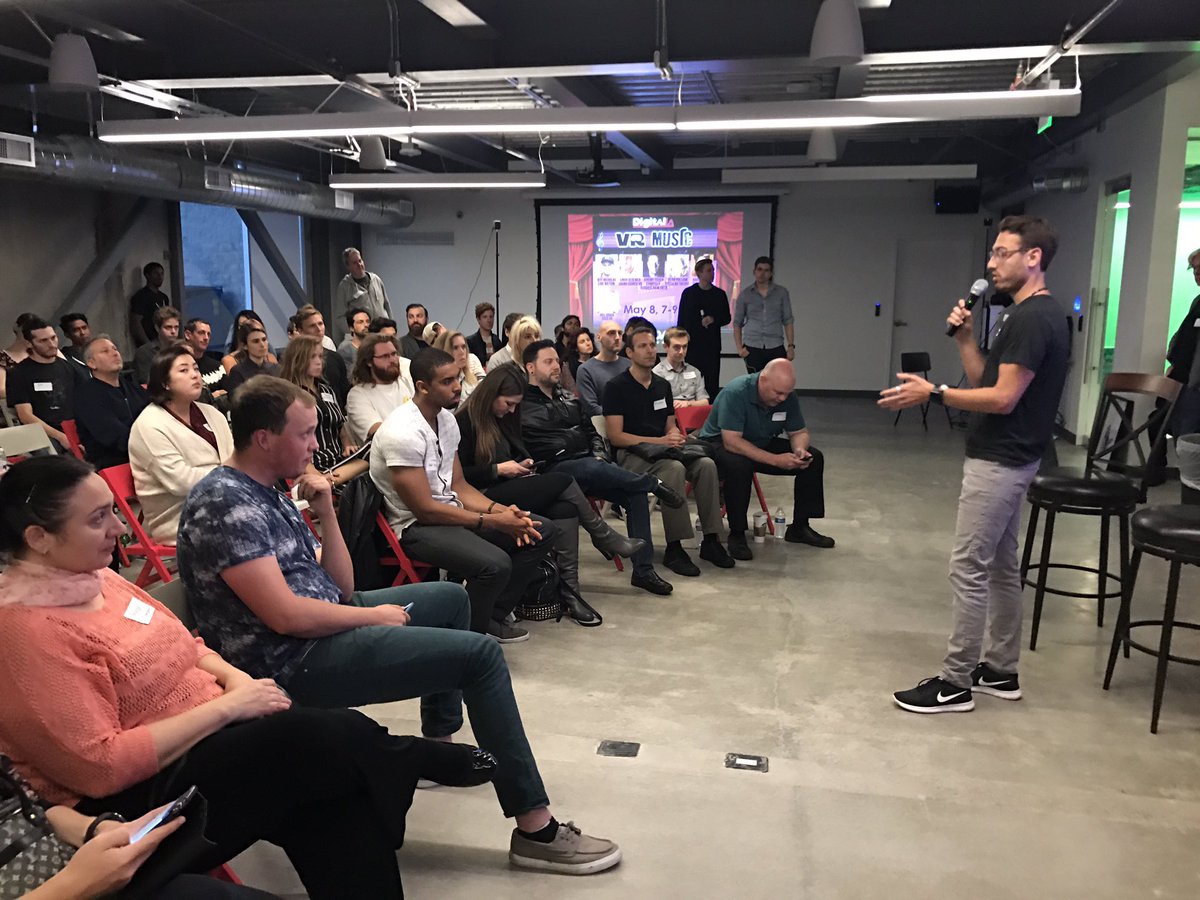 – Jeremy Nathan Tisser, Composer is the composer of the score of Survios’ hit VR game Raw Data. He has strengthened projects in film, television and video games with his scores, and enjoys the musical challenges that VR presents. His other credits include Jurassic World, Pixar in Concert and dozens more. @jeremytisser

– Joel Douek, ECCO VR, Co-Founder. Joel’s recent music projects include launching ECCO’s musical VR experience with Within & Lytro at Tribeca Film Festival, completing the VR music video for Facebook launched at F8, and creating the spatial sound for the first ever VR CGI music video. His other projects have included Live Nation, JauntVR, NBC, IMAX and Hulu Originals. He has scored more than 80 documentaries, as well as film, TV shows, and commercials. He has numerous BAFTA and EMMY-winning productions. @EccoVR

– Ryan Pulliam, Specular Theory, Co-Founder. Specular Theory has won numerous awards including best live-action 360 music video in 2015 for The Donnies The Amys “Runaround” video (one of the first to successfully move between different shots with no cuts in one continuous long shot). In 2016 Specular Theory was chosen by Dolby to create their signature piece for Dolby Atmos to showcase the effective use of spatial sound and importance of ambisonic sound in live-action VR. In addition to their music video work for clients including Sony and Interscope, Specular Theory is now creating original IP for music-based LBE games and VR Arcades.