Snap, God of War and a former YouTuber took home awards at the annual Writers Guild Awards on February 17 in Beverly Hills. 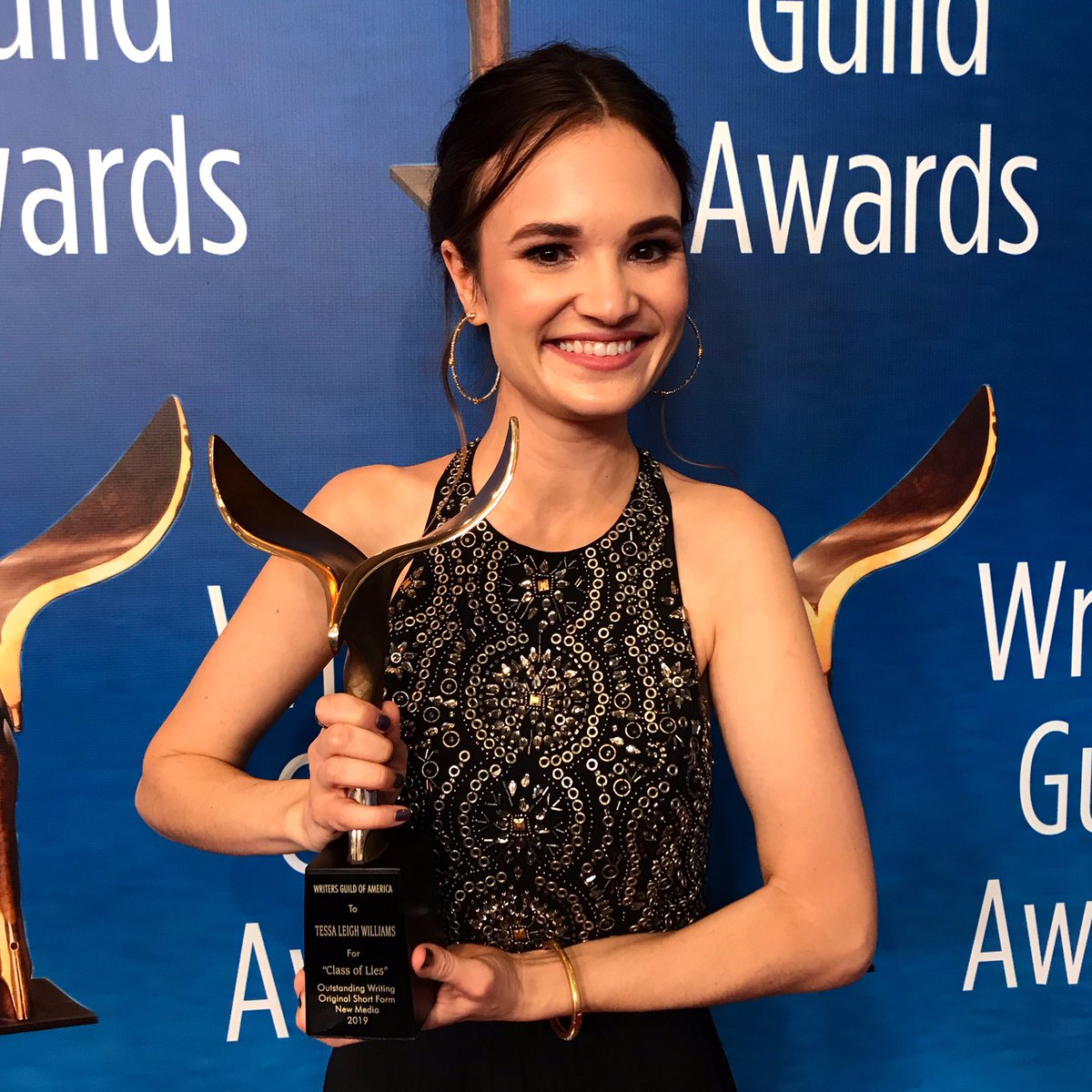 Class of Lies is viewable only via the Snapchat app. Season 1 consists of 12 episodes, each less than 5 minutes. The series follows two true-crime obsessed teen girls, who use science and tech to find their missing best friend.

“Thank you to everybody who watched,” Tessa said in her acceptance speech. “The show is always about celebrating women in STEM, and making STEM feel a little more exciting and a little more approachable. So thank you so much for supporting that.” 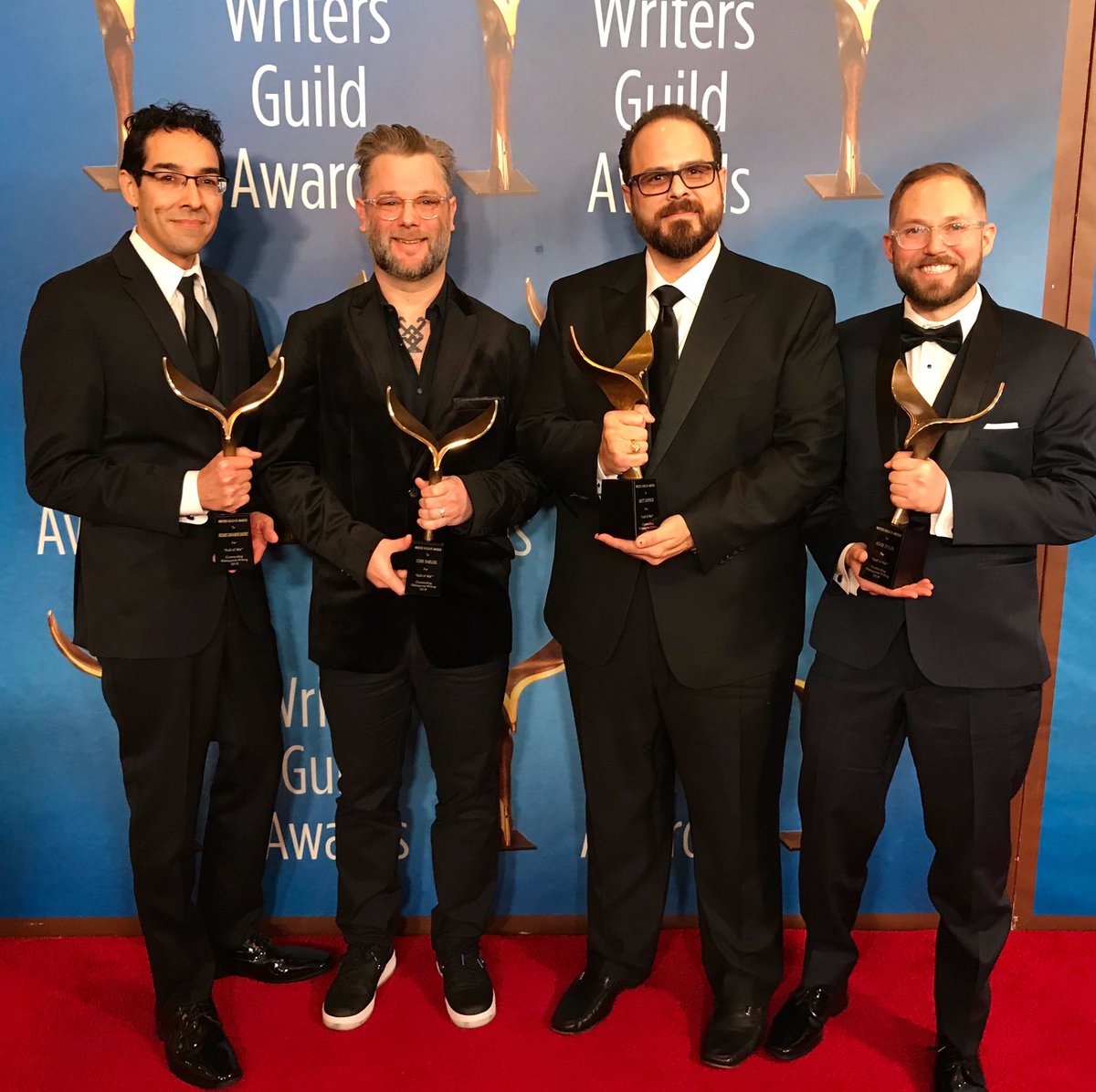 God of War by the Sony Santa Monica team won outstanding Video Game. The writing team said their challenge was to try to make a hero protagonist out of the anti-hero Kratos character. The team accomplished this by drawing upon their own experiences as fathers: they made Kratos a father with something to fight for.

“I just had a son right before I started this project. It kinda helped me understand a whole new  way of looking at things,” the team lead said in our red carpet interview. “It changed the lens that I look at the world with. As a storyteller, it really affected the way I pay attention to characters.”

God of War has been receiving widespread critical praise. At the DICE Awards last week in Las Vegas, God of War won seven awards including Game of the Year. It also won Game of the Year at the Game Awards in LA last December. A fan even tweeted that God of War is “God of Awards” this awards season.

See our video interview with the writing team we tweeted from the WGA red carpet. 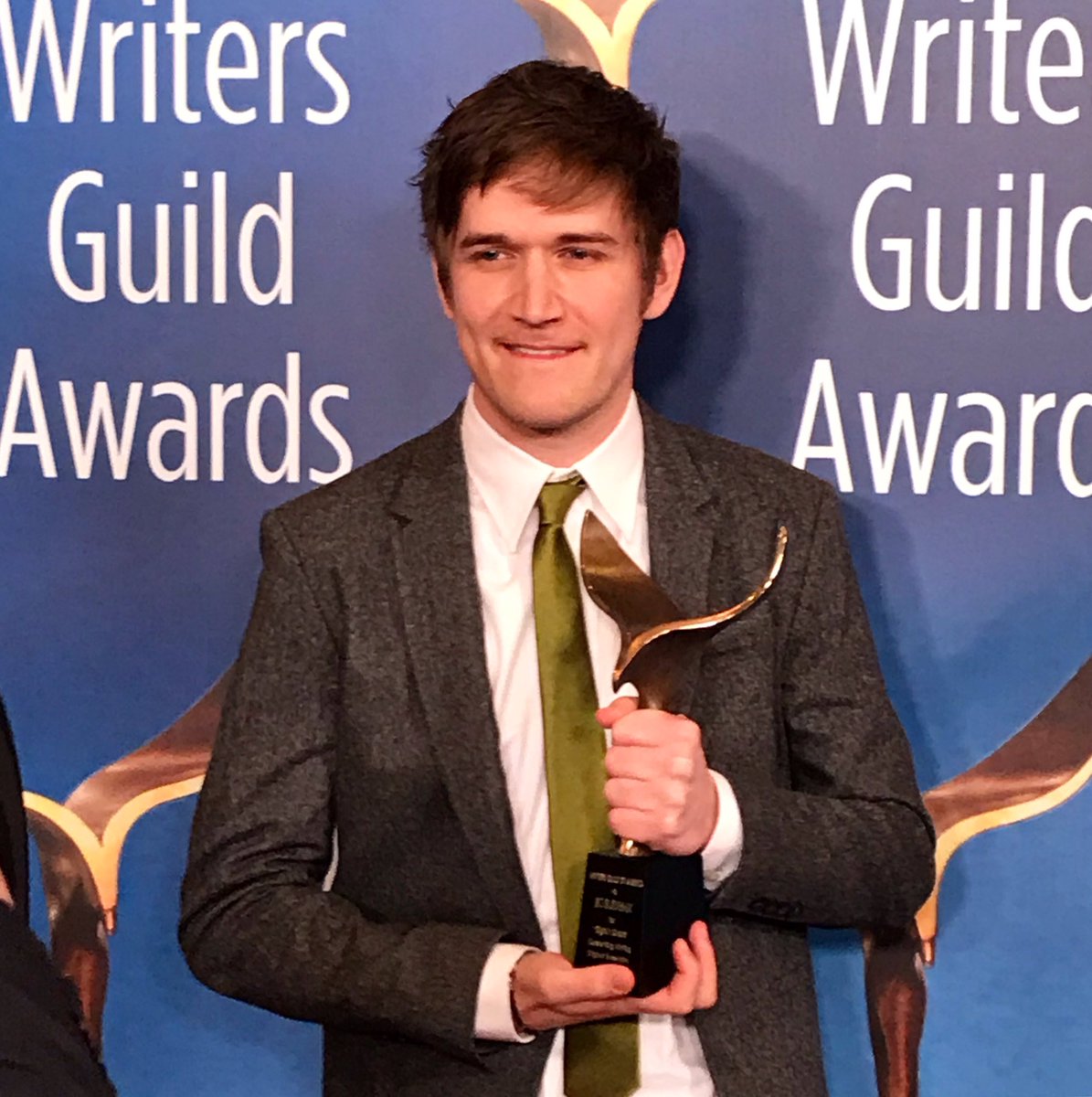 Bo Burnham won Original Screenplay for his coming of age film about a teenager navigating the eighth grade.

“This belongs to Elsie Fisher,” Bo said in his acceptance speech. “No one would care about the script if she didn’t do it.”

In the film, Kayla Day (played by Elsie Fisher), spends evenings before bed on her phone, like many teens (and Digital LA reader) do every day. It’s presented matter-of-factly as part of life, not negatively, as often is portrayed.

Bo started his career as a YouTuber in 2006. His channel has 1.5M subscribers and his videos have been viewed more than 250M times.

In our red carpet interview, Bo said that his experience online interacting with teen girls helped give him perspective to be able to write Eighth Grade’s teen lead Kayla with a realistic voice that has resonated with audiences.

Most teen girls in mainstream films are either portrayed as an object for a Dad to save, or fashionista eye-rolling brat. Eighth Grade is refreshing in that Kayla is neither.

Eighth Grade’s win has been considered surprising – and even more victorious – as Bo doesn’t have a film writing background. This is first feature film as writer and director. Also, the film was not nominated for an Oscar – Original Screenplay category. 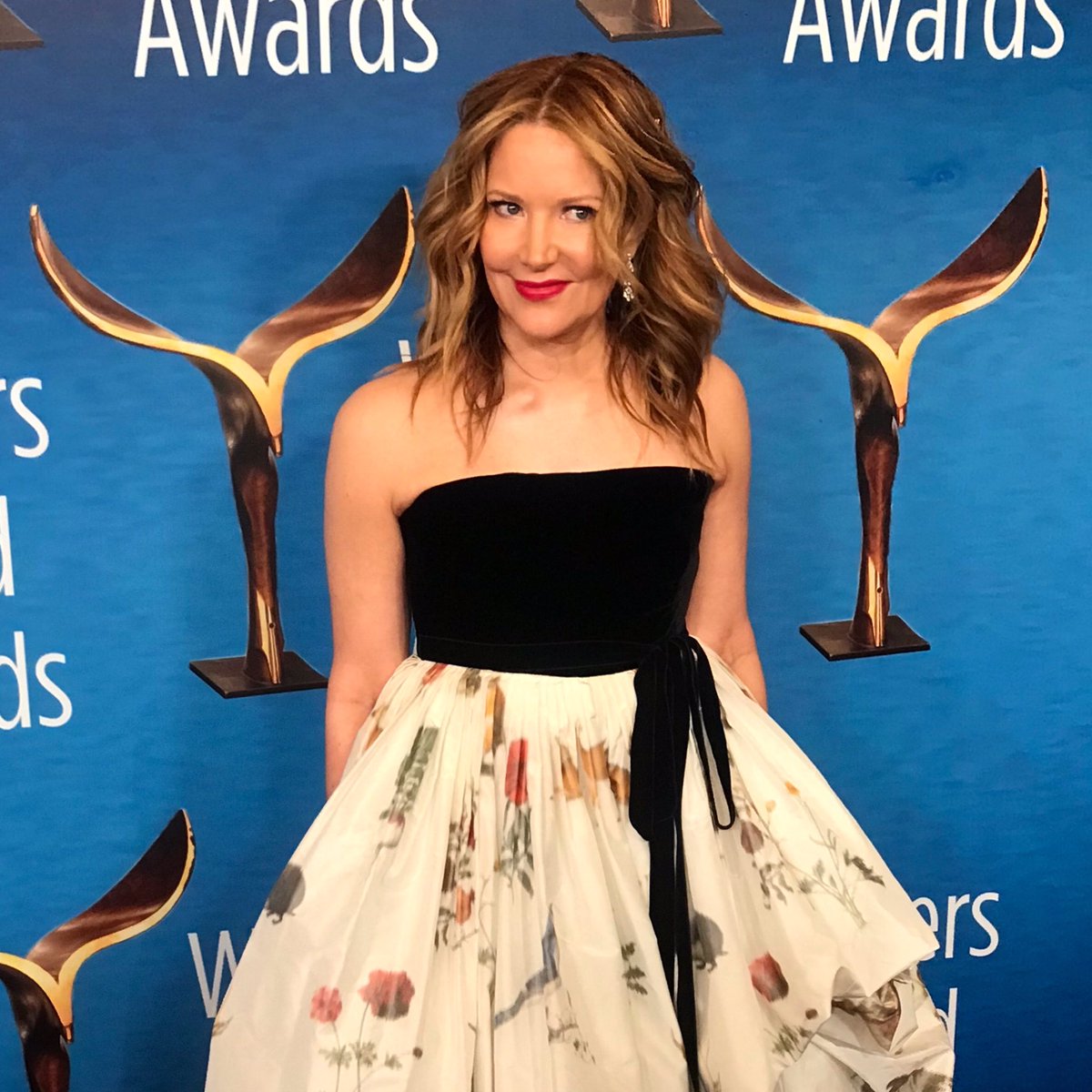 Stephanie Gillis won the Animation award for The Simpsons episode Bart’s Not Dead.

In her acceptance speech, she said: “This is the point where I’m supposed to thank my agent. But fuck ‘em!” Instead, she thanked the Writer’s Guild, saying: “Thank you for the best damn health insurance that a girl could ever dream of.”

Jenji Kohan (Orange is the New Black), won the Paddy Chayefsky Laurel Award for Television Writing Achievement, presented to her by SAG Award-winning and Golden Globe-nominated actress Alison Brie. Jenji was not in attendance, but sent a pre-recorded acceptance video because as a writer, she said public speaking makes her nervous. 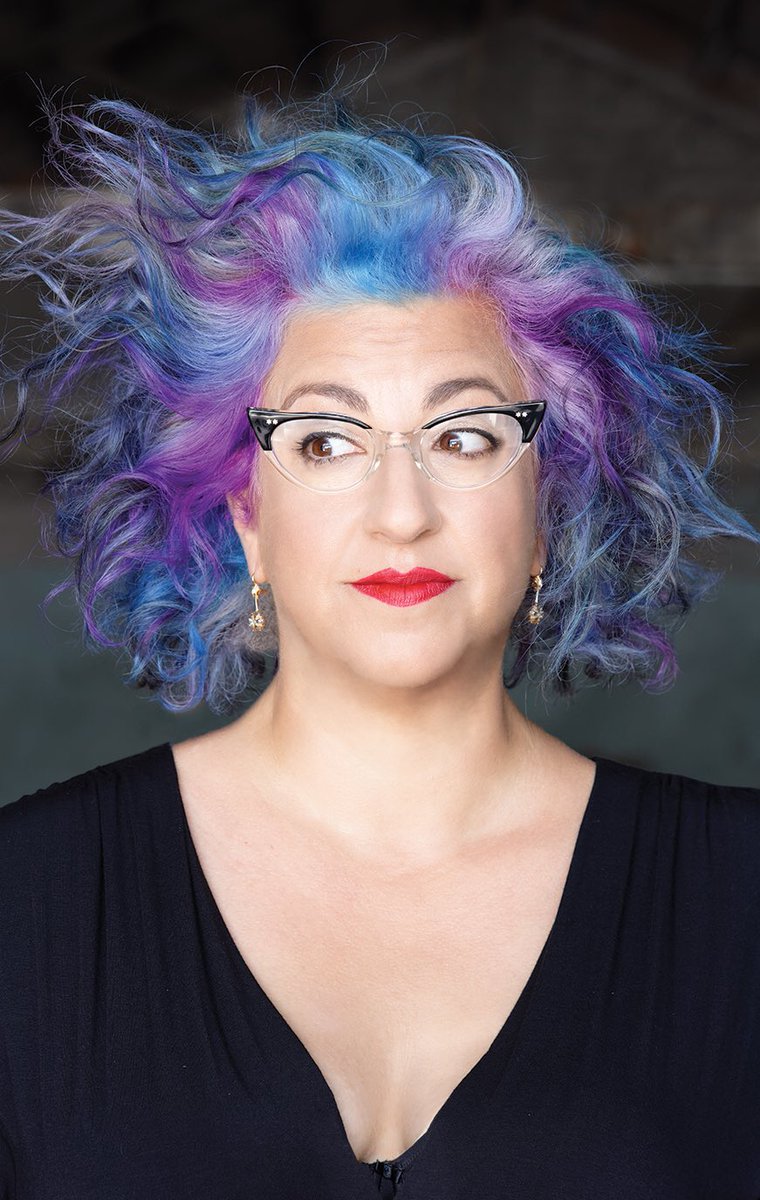 “I am a writer, not a performer,” she said in the video. “I have many things to say, but write them for someone else to say.”

She also gave some industry advice.

‘Don’t be a dick. If you’re damaged, turn it inwards. Don’t smear it on others.’ and  ‘Stop thinking of writing as art. Think of it as work.’ 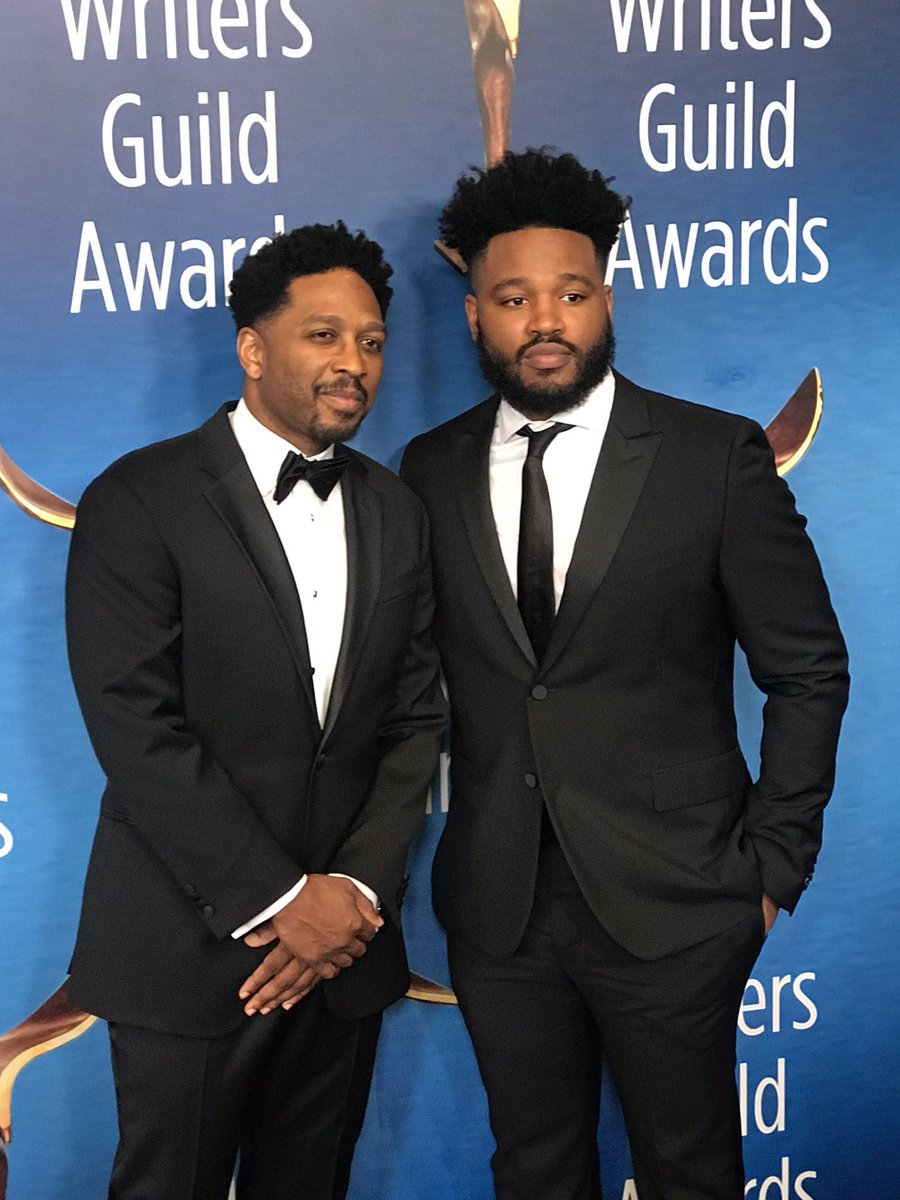 WAG Awards presenters included Sarah Silverman, who did a superhero pose on the red carpet. 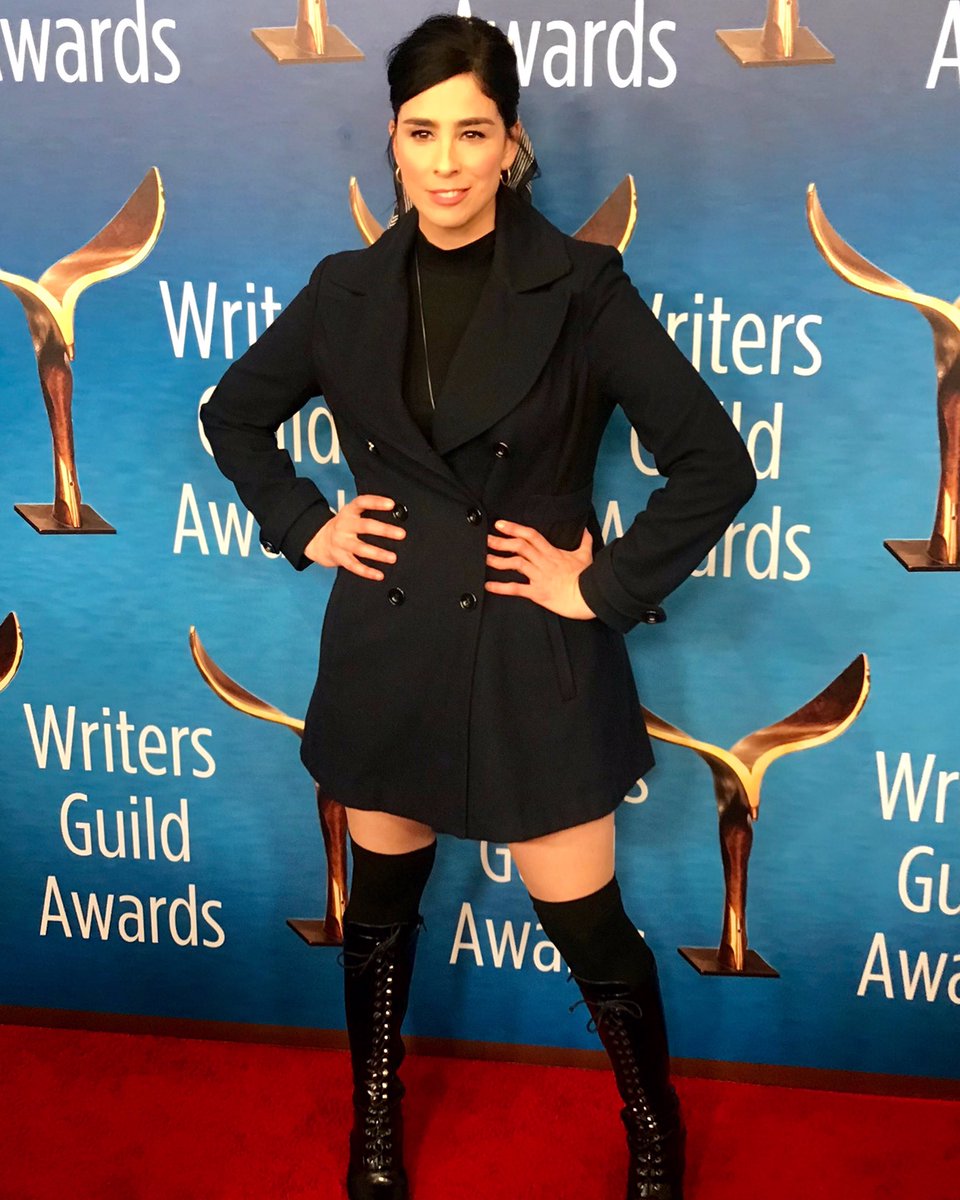 Her writing team “I Love You, America” was also nominated for Comedy Variety Sketch. Sarah organized a group photo. 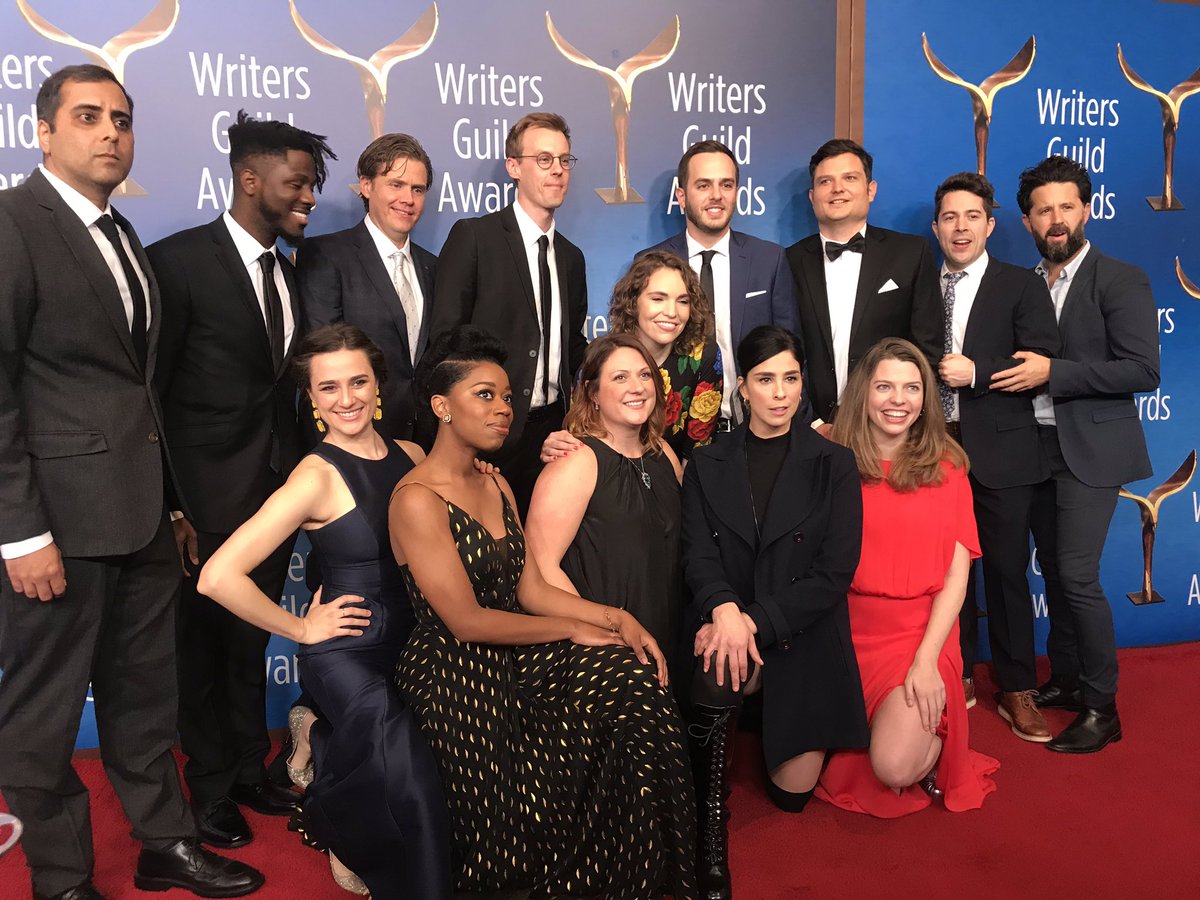 Actress Jane Lynch presented at the beginning of the awards, saying she was presenting at the beginning because she had a 7:30p reservation at Mozza. (Was this a joke or was she serious – it’s LA, it could happen! lol). 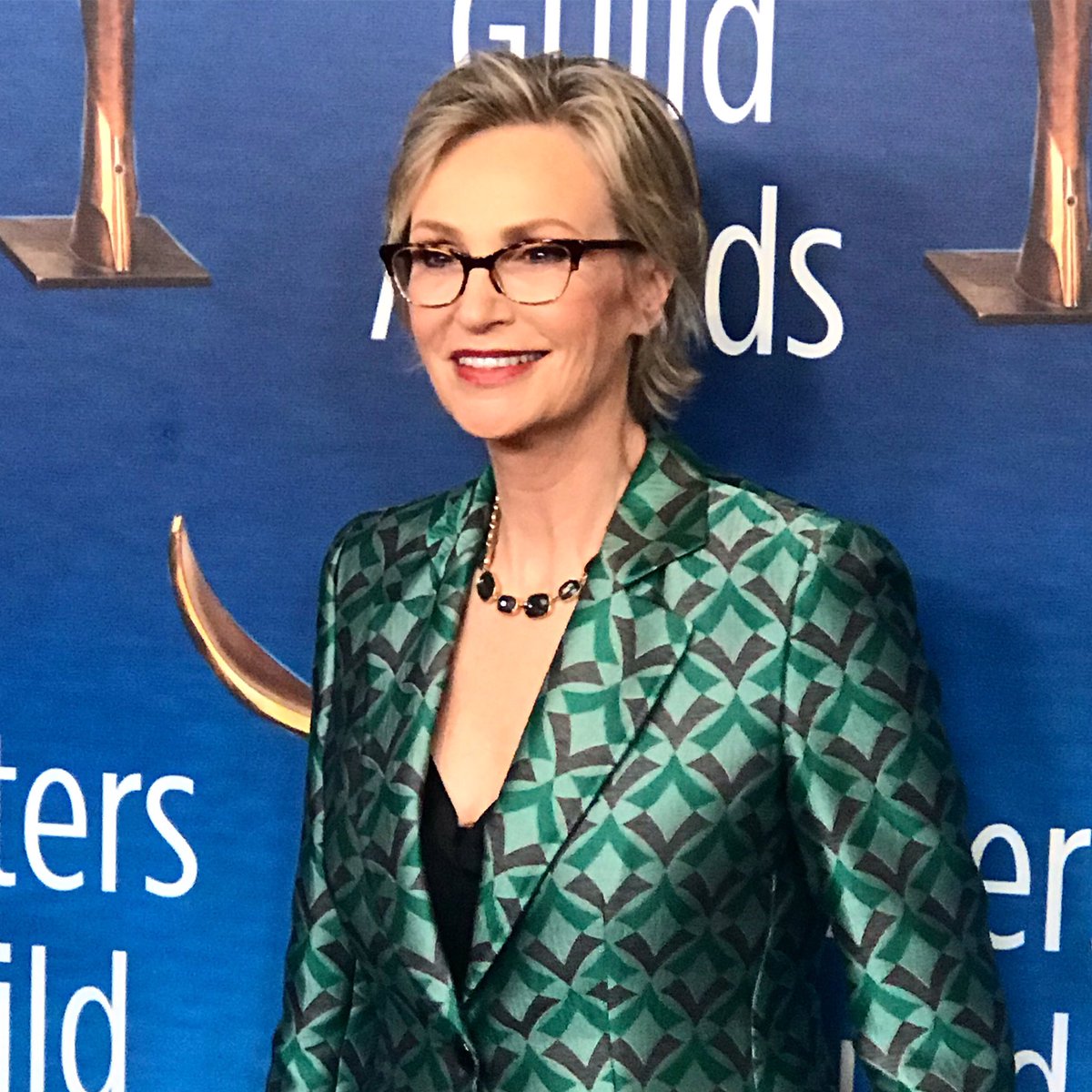 Barry Jenkins walked the red carpet. He was nominated for Beale Street. 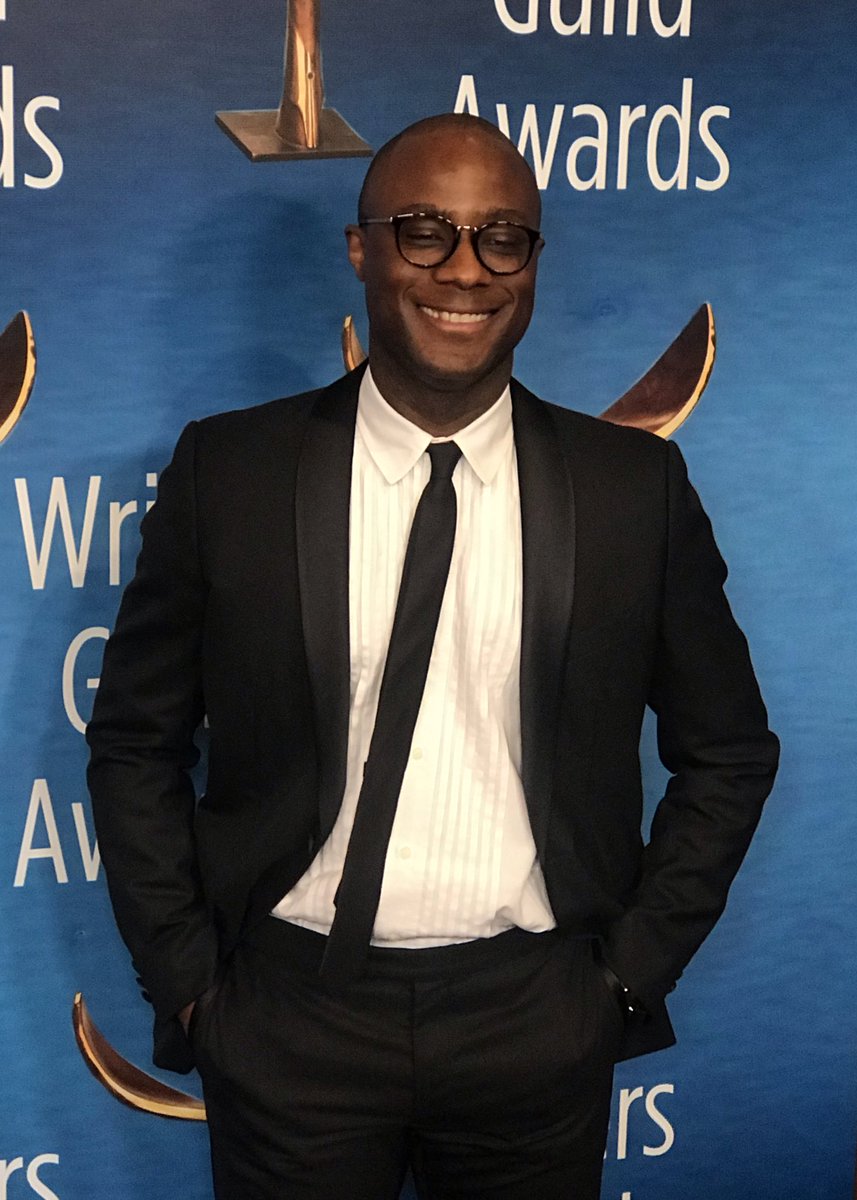 Rachel Bloom, creator of Crazy Ex-Girlfriend, presented final TV award. In her speech, she complemented the women in the audience for looking terrric, but critiqued 75% of the guys saying: “Either grow a beard or don’t. Make a fucking choice.” 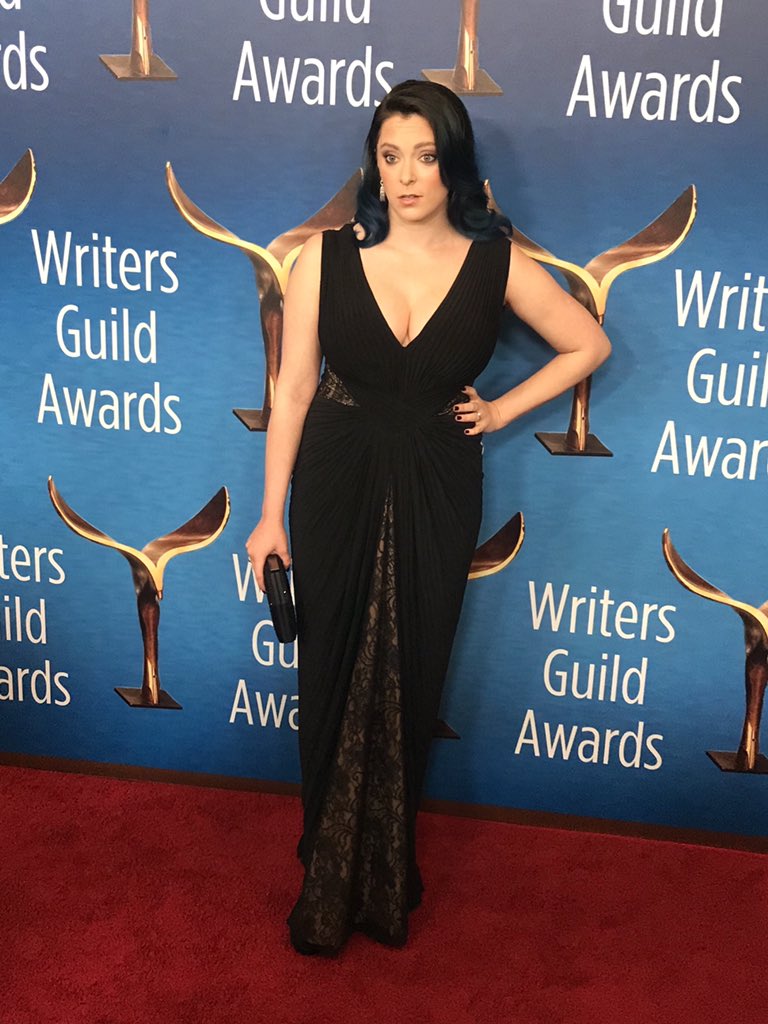 ADAPTED SCREENPLAY: Can You Ever Forgive Me?, Screenplay by Nicole Holofcener and Jeff Whitty, Based on the book by Lee Israel; Fox Searchlight

CHILDREN’S EPISODIC AND SPECIALS: “The Ersatz Elevator: Part One” (A Series of Unfortunate Events), Teleplay by Daniel Handler; Netflix

DIGITAL NEWS: “Inside The Culture Of Sexism At Riot Games,” Written by Cecilia D’Anastasio; Kotaku.com