Pop culture fans attended our annual Digital LA – Wonder Party after WonderCon on Friday April 1 at the Hilton lobby bar across from the Anaheim Convention Center. 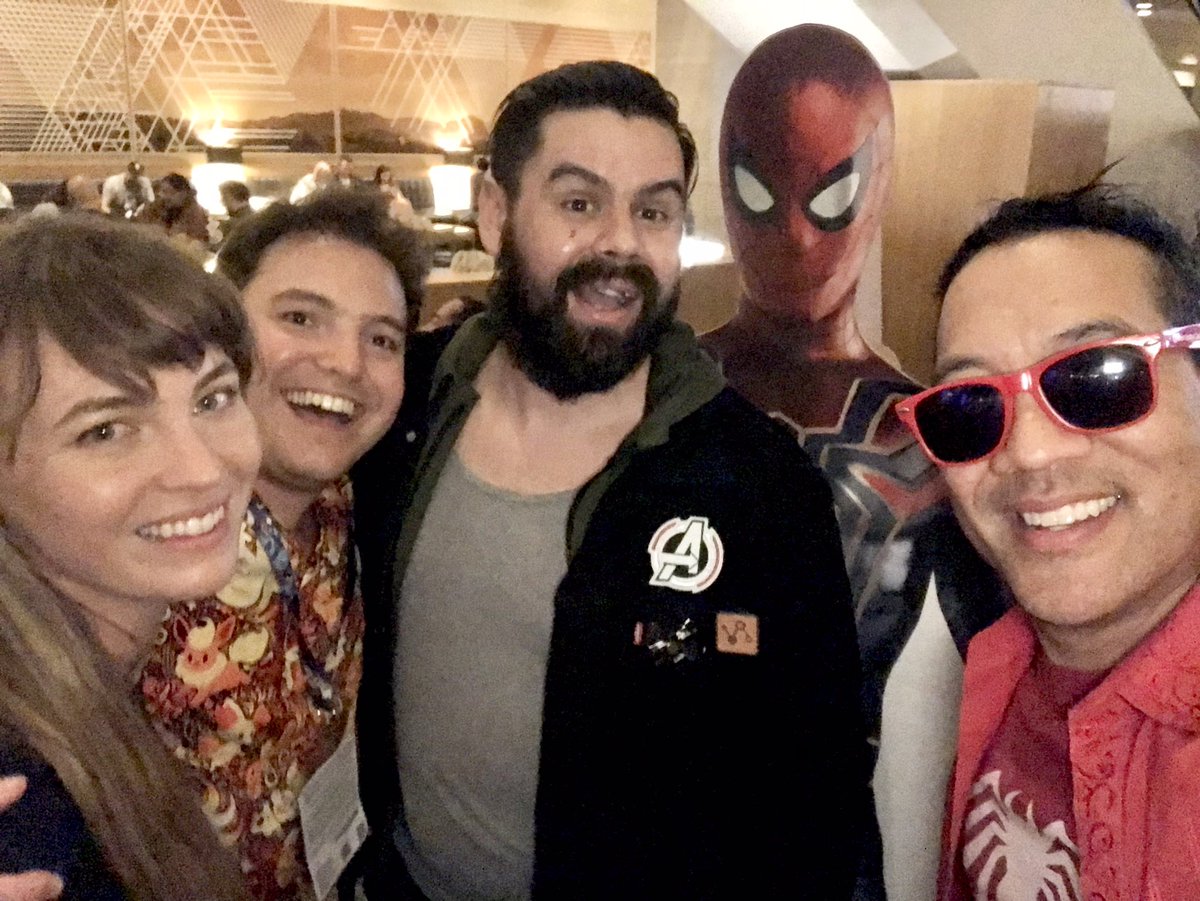 Joelle Sellner, comics and animation writer who had spoken on the Diversity panel, attended.

We traded stories of favorite panels, show booths, and swag at WonderCon. Many attendees said they were so happy WonderCon had returned after three years.

And Spidey even swung by for some upside-down kisses!

See our WonderCon ’22 article including the panel moderated by our founder Kevin Winston.